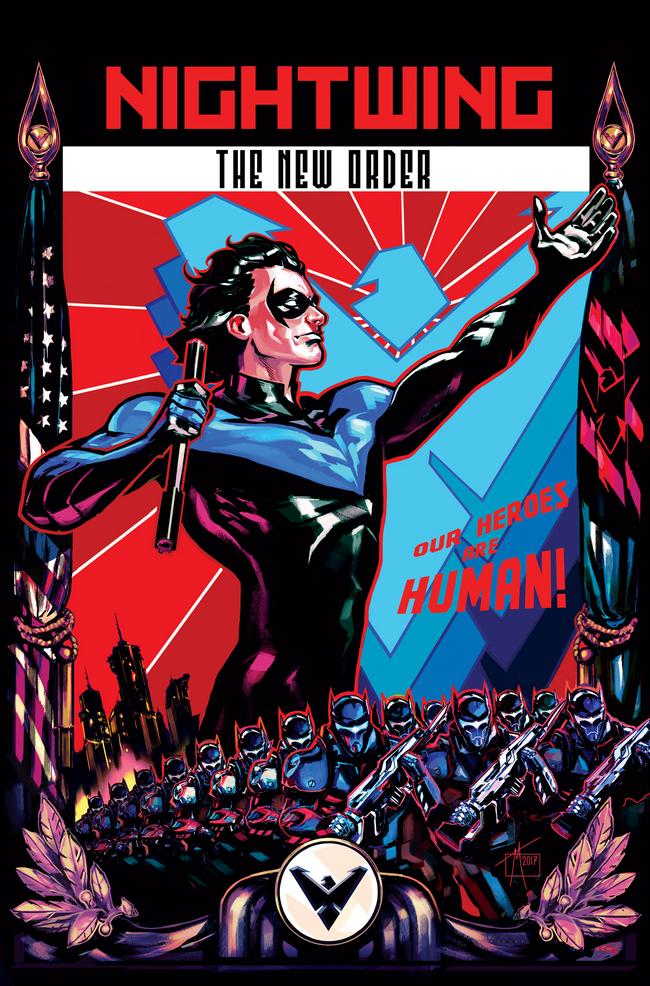 Dick Grayson leads a terrifying new regime against superheroes in NIGHTWING: THE NEW ORDER, a brand-new miniseries coming from DC this August. From The New York Times best-selling BATMAN: GATES OF GOTHAM team, writer Kyle Higgins and artist Trevor McCarthy introduce an authoritarian future in an alternate universe in which superpowers have been eliminated and outlawed. The man responsible? None other than Grayson, the former vigilante Nightwing. But what happens when the system he has created targets his family as the next threat?

“My all-time favorite DC books throw characters we know and love into future worlds that are equal parts familiar and terrifying, laced with moral issues that aren’t black and white or easily solved,” says Higgins. “Ultimately, these stories say something about our world. And that’s what we are aiming to do with this Nightwing series, through the lens of a future generation of heroes.”

Now leader of a government task force called the Crusaders, Grayson’s priorities are to hunt the remaining Supers and repress anyone who works outside the law. But when events transpire that turn the Crusaders’ aim toward Grayson’s own family, he must turn against the very system he created, with aid from the very people he’s been hunting for years—the last metahumans of the DC Universe.

“As an artist, there’s nothing better than world building,” says McCarthy. “Diving in and figuring out a visual identity for a book, a character, a city…this is why I love making comics. Add to that the fact that it’s NIGHTWING—the first book I ever drew as a pro—and a chance to work with Kyle again, and I was beyond thrilled for the opportunity.” 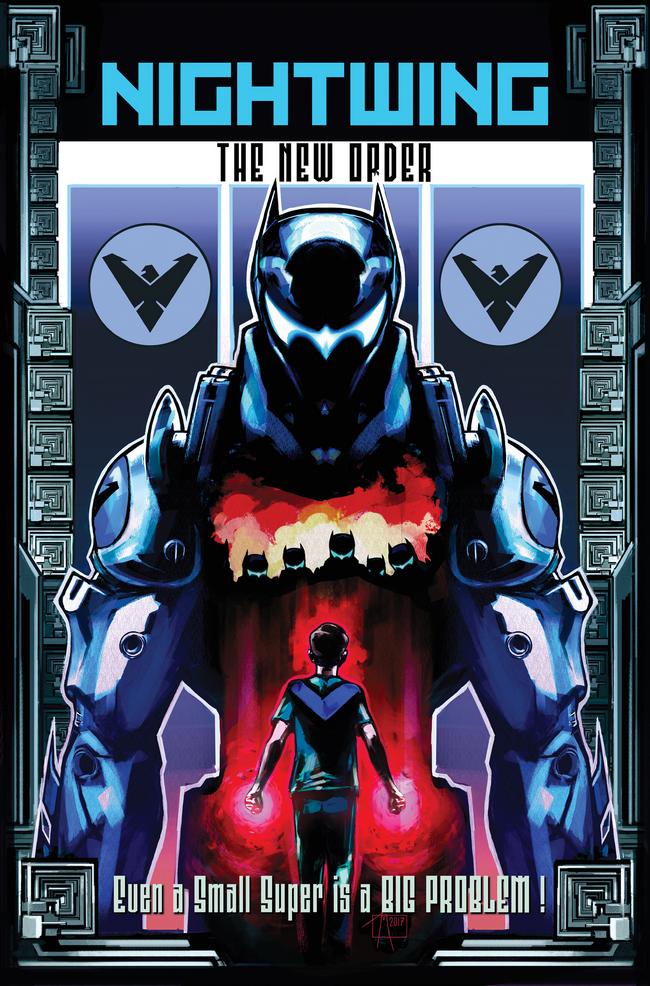