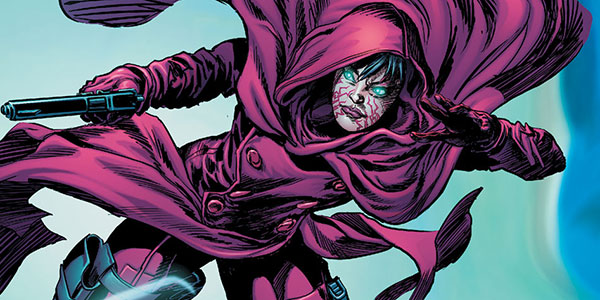 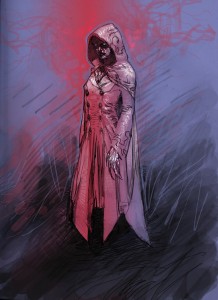 This afternoon, at their New 52 panel at Emerald City Comicon, DC Comics announced the addition of a new title to its stable of fifty-two ongoing series, set to debut in June 2013.

Trinity of Sin: Pandora, written by Ray Fawkes (Constantine, Justice League Dark) and illustrated by Daniel Sampere (Batgirl) will star the immortal character of myth who merged the three timelines (old DCU, Vertigo and Wildstorm) in the wake of Flashpoint, and is one of the cursed Trinity of Sin alongside the Phantom Stranger and the Question. A major player in the upcoming Geoff Johns-penned event Trinity War, the first major crossover of the New 52 to encompass its entire line, Pandora has spent millennia wandering around in tears and lamentations, and is done with that now. The time has come for anger, and she will not stop, bow or bend to anyone who thinks she’s wrong. She’ll just kill them.

This title joins the following ongoing series to launch in May and June from DC Comics’ New 52 line of titles:

…as well as titles receiving a creative team change in the coming months: