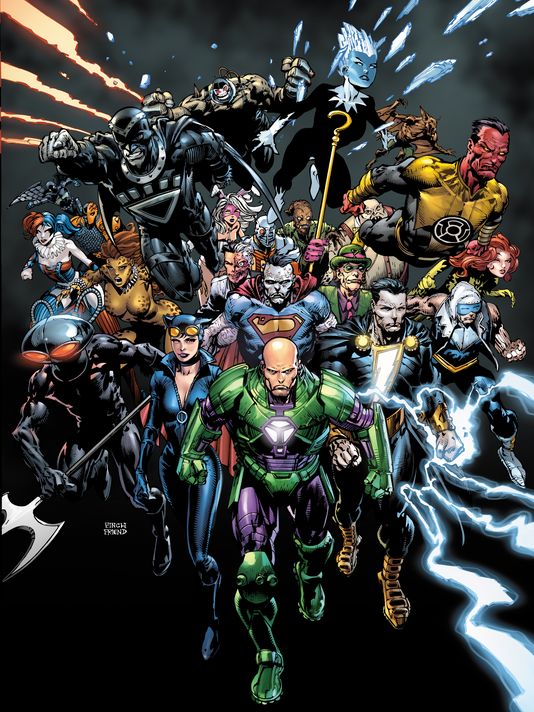 DC Comics has released information on its annual September event in the New 52 and the Villains are taking over! 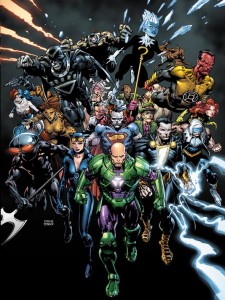 Following the events of this summer’s crossover “Trinity War,” a dark shadow will be cast across the DC Universe.

This September, all of the DC COMICS-THE NEW 52 titles will be replaced by Villains books. What happens when the heroes of the DC Universe fall and there’s nobody left to stop the villains from taking over? Find out this fall during Villain’s Month, which will spotlight 52 of the DC Universe’s biggest rogues in their own one-shots.

“September has always been a big month for us and we look for an opportunity every year in September to do something big that really redefines the line and invites anyone who hasn’t been following comics to step right in,” DC Entertainment Co-Publisher Jim Lee explained to BUZZFEED, who exclusively announced this exciting and historic event earlier this morning. “We launched the New 52 with all-new continuity and new costumes, Zero Month was all about origins of our heroes, and now the villains are taking over. One of the strengths of the DC Universe has been the strength of the rogues gallery. Often times they’re as famous – if not more infamous – than our heroes.”

And what’s more, each Villain’s Month cover will feature a 3D motion image on the front and back!

“We’re also commemorating this event by doing something really unheard of, I think, as far as a major publisher – we’re actually adding a special cover on every single villain’s book. It’s called a 3D motion cover and it’s essentially artwork that’s been separated onto different layers, so when you hold the cover, which is a premium stock cover, and you slightly rotate the comic book left or right or up and down, the images move a bit,” Lee continued.

“It’s an incredible 3D effect that shows depth of field on the covers,” added DC Entertainment Co-Publisher Dan DiDio. “It’s the full cover stock, so it’s not anything that’s been glued on. More importantly, it’s actually pliable and soft to the touch – it’s a brand new technology and we’re going to be the first ones debuting in this fashion.”

September is also the launch date for FOREVER EVIL, the seven-part mini-series by Geoff Johns and David Finch that sets into motion this first New 52 universe-wide crossover event.

“FOREVER EVIL is a chance for David and I to work on all the greatest villains in comic books,” Johns said to USA TODAY. “It’s literally everybody. I don’t even know if there’s anybody not in it. We’re really exploring what darkness means and the different kinds of darkness that are within these villains.”

As for the art of FOREVER EVIL? Finch went on to tell USA TODAY that he has “more of an affinity for villains than heroes. I have a really dark art style and the tone of this is so exactly where I’m coming from.”

For more from Lee and DiDio about Villain’s Month, check out the full interview that ran with the Co-Publishers on BUZZFEED (and while you’re there, don’t miss more awesome GIFs of some of the September villain-centric 3D motion covers!). And for more from Johns and Finch about FOREVER EVIL, head on over to USA TODAY to read their full coverage.

Stay tuned over the next couple of days as we announce specific details about what big bads will be taking over your favorite superhero titles, but in the meantime, check out some more GIFs and sound off in the comments section below about which villains you’d like to see starring in their own books this fall!