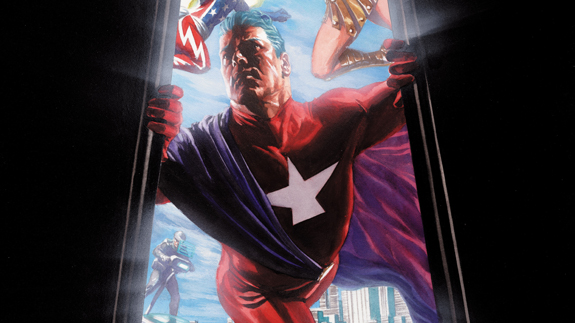 DC Comics has announced that Kurt Busiek and Brent Anderson will be firing up a new Astro City ongoing series after a three year hiatus. 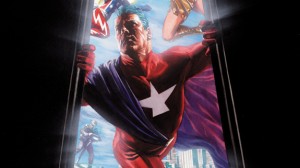 After a three year hiatus, ASTRO CITY is back and better than ever! This spring, the entire award-winning creative team – including writer Kurt Busiek and artist Brent Anderson – is back to kick off a new epoch of the human and the super human.

Earlier this morning, MTV GEEK announced that the fan-favorite series would be returning as a part of the DC Comics imprint this spring.

In ASTRO CITY, a new ongoing monthly series that showcases old heroes and new, The Ambassador comes to earth, and an ordinary man is caught up in the cosmic conflict! Featuring the return of favorites such as Samaritan and Honor Guard, the series will also feature the debut of some new sensations, including the mysterious Broken Man.

“You’ll meet him on page one of our new first issue, but while this’ll be your first time meeting him as the Broken Man, that doesn’t mean you haven’t met him before,” Busiek teased to MTV GEEK. “So in some ways he’s a new character and in some ways he’s a returning character. And he’s got a very, very unusual and complex history, and an even more unusual heroic quest. One the readers will actually get to be a part of as something more than passive observers. But ah-ah, I don’t want to give away too much.”

Head over to MTV GEEK to read their full coverage and complete interview with Busiek. And don’t forget to get in on the ground floor of ASTRO CITY’S next epic when ASTRO CITY #1 lands in stores on June 5th!