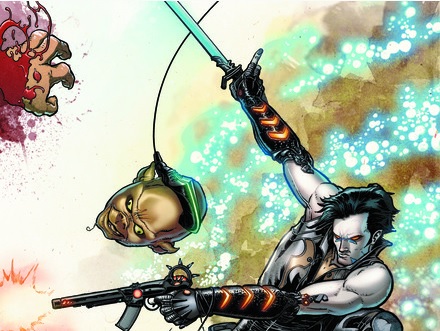 If you find yourself rooting for the villains as much as the heroes, there’s a new series from Eisner Award-nominated writer Cullen Bunn (SINESTRO) and artist Reilly Brown coming your way. COMIC BOOK RESOURCES just announced LOBO!

The all-new Lobo brings the ultraviolence to this new ongoing solo series! Bunn told CBR, “Violence is just one aspect of the character. It’s there, and it’s something we are going to embrace in this series, but we’ll also be exploring facets of Lobo that haven’t really been brought into the spotlight. He had a life, a job, a family, a lover long before he became the cruel, devious man-hunter we’ll see in this series.”

So get ready for LOBO #1 arriving on October 1st.

For more details and to read an interview with Bunn and Brown, head on over to COMIC BOOK RESOURCES.