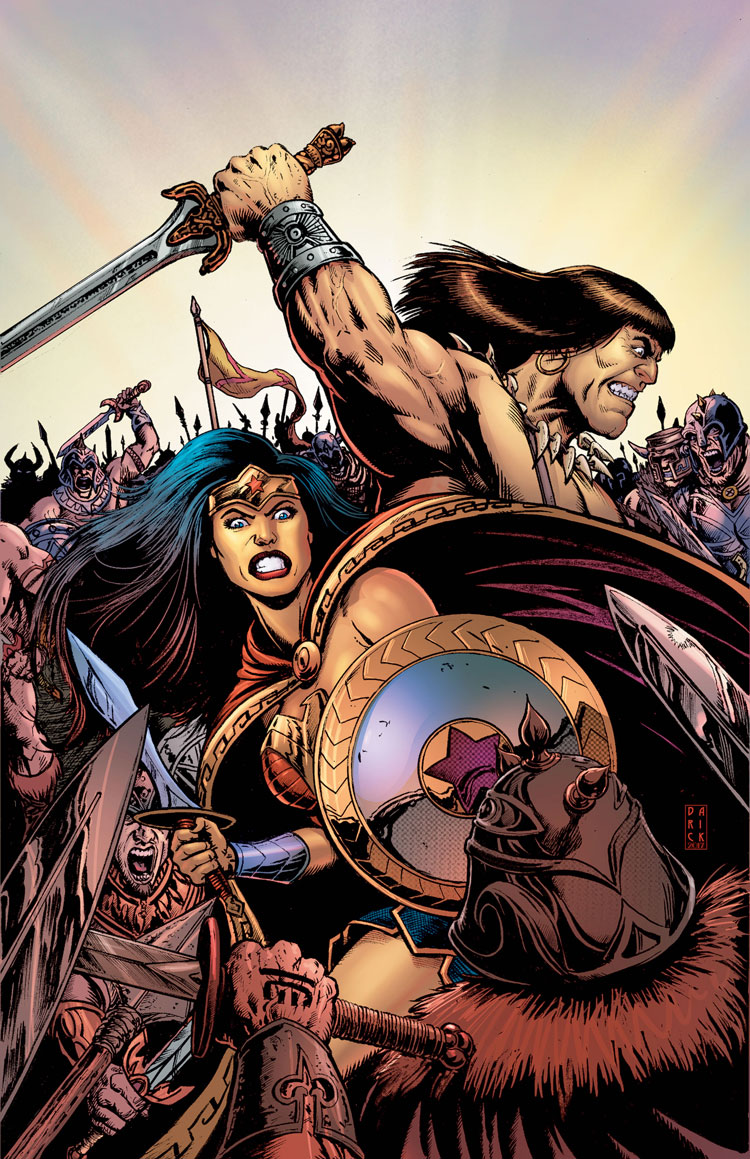 This story comes directly after the five-part story written by Shea Fontana and illustrated by Mirka Andolfo and David Messina.

And… the wondrous Diana of Themyscira comes face to face with the Cimmerian barbarian Conan in a new miniseries this fall—WONDER WOMAN/CONAN. DC and Dark Horse have teamed up for a crossover of epic proportions, bringing back fan-favorite WONDER WOMAN writer Gail Simone and WONDER WOMAN artist Aaron Lopresti for an adventure unlike anything seen before—a collision of legends. 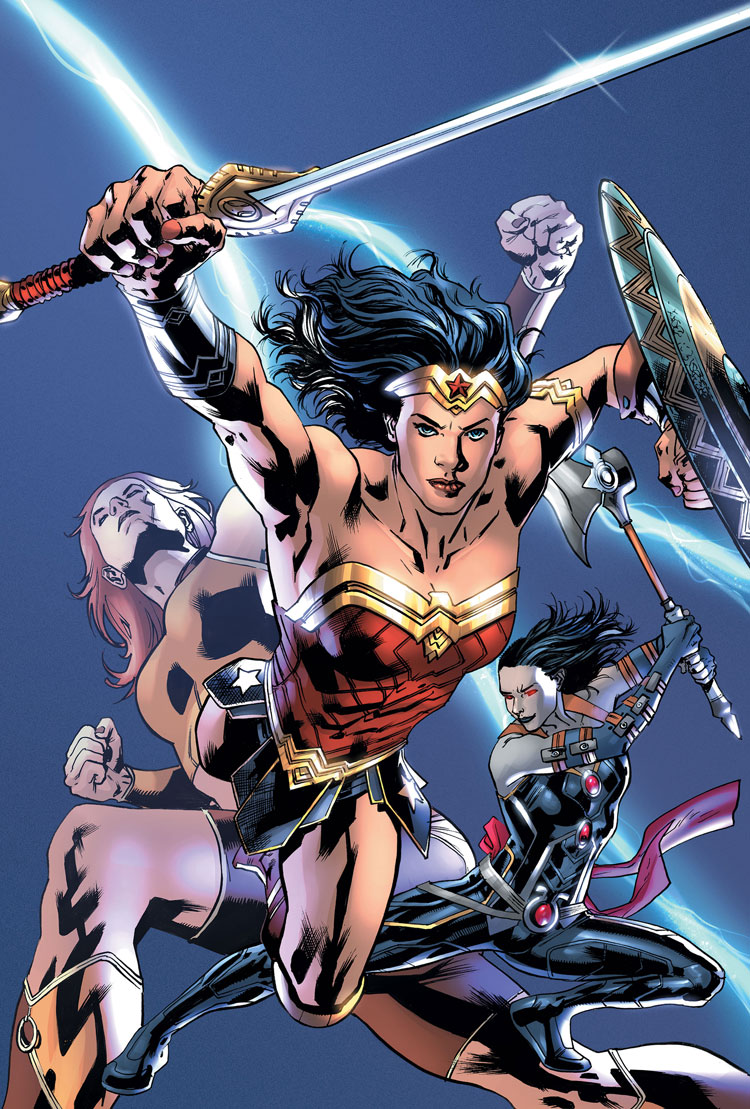 Spinning out of the pages of DC UNIVERSE: REBIRTH and JUSTICE LEAGUE: DARKSEID WAR, Robinson, Pagulayan and Lupacchino will answer one of the biggest questions of the year: Who is Wonder Woman’s brother? Taken away from Themyscira in the dead of night, the mysterious Jason (the only male ever born on the island) has been hidden somewhere far from the sight of gods and men…but his life and Wonder Woman’s are about to intersect in a terrifying way, bringing them face-to-face with a cosmic threat they never imagined!

“I love crossovers, I love Wonder Woman, and being able to bring the undisputed greatest warriors of the DCU and Robert E. Howard’s Hyborian Age together for the very first time is a dream come true,” says Gail Simone. “A major draw is getting to reunite with the great Aaron Lopresti, whose very favorite things to draw are Wonder Woman and barbarians. Its blades and bracelets, wizards and wonder and I couldn’t be more delighted.”

Our tale begins as Conan the Barbarian arrives on the shores of an unknown land, and soon meets the world’s most fearsome arena fighter—Wonder Woman. Ill-fated circumstances force them both into slavery. As they attempt to free themselves from the grips of the rich and powerful slave-owner Dellos, a dark magic descends upon their land, a presence that wants to destroy them both. But who has the might to stop the most talented gladiators who have ever existed?

Wonder Woman has been a pivotal character in the DC Universe for over 75 years as a member of the Trinity and the Justice League, and as a notable icon around the world. Conan the Barbarian, similarly, has long been an important character since his creation 85 years ago. Dark Horse has been publishing Conan stories since 2003, and new and exciting tales continue to hit shelves.

“Uniting the greatest characters of the DC Universe with some of the most famous and notable characters in pop culture is at the core of the most memorable crossovers we’ve ever done,” said DC Entertainment Editor-in-Chief Bob Harras. “Gail and Aaron’s series will surely create a new legend for fans and readers to talk about for years to come.”

A tale of myths and magic, Simone and Lopresti bring to life a new world for these two heroes—weaving a story of fantasy, mythos and adventure. The six-issue saga begins September 20.