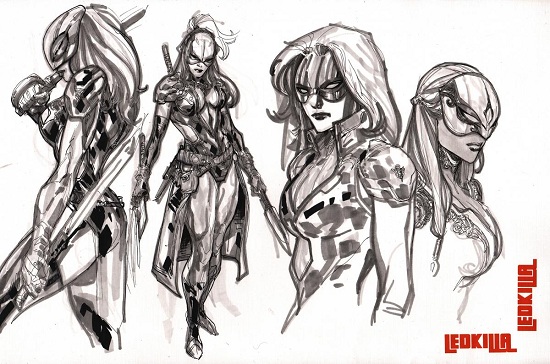 Via their company blog, DC Comics has released character sketches for Lady Vic, who will be appearing in Batwing in the future.

Welcome to week three of What’s New in The New 52 – where you, the fans, get a sneak peek at the stuff that crosses our desks. This little feature is a way to keep you all in the loop about what’s new, different and exciting in The New 52 – whether it’s a character design, cover, splash page or panel.

You’ve already met our new Batwing, Luke Fox. Today, we’re introducing you to an assassin for hire whose first appearance in The New 52 will put Luke to the test like never before. Without further ado, I present to you Lady Vic.

Until next time,
Bob