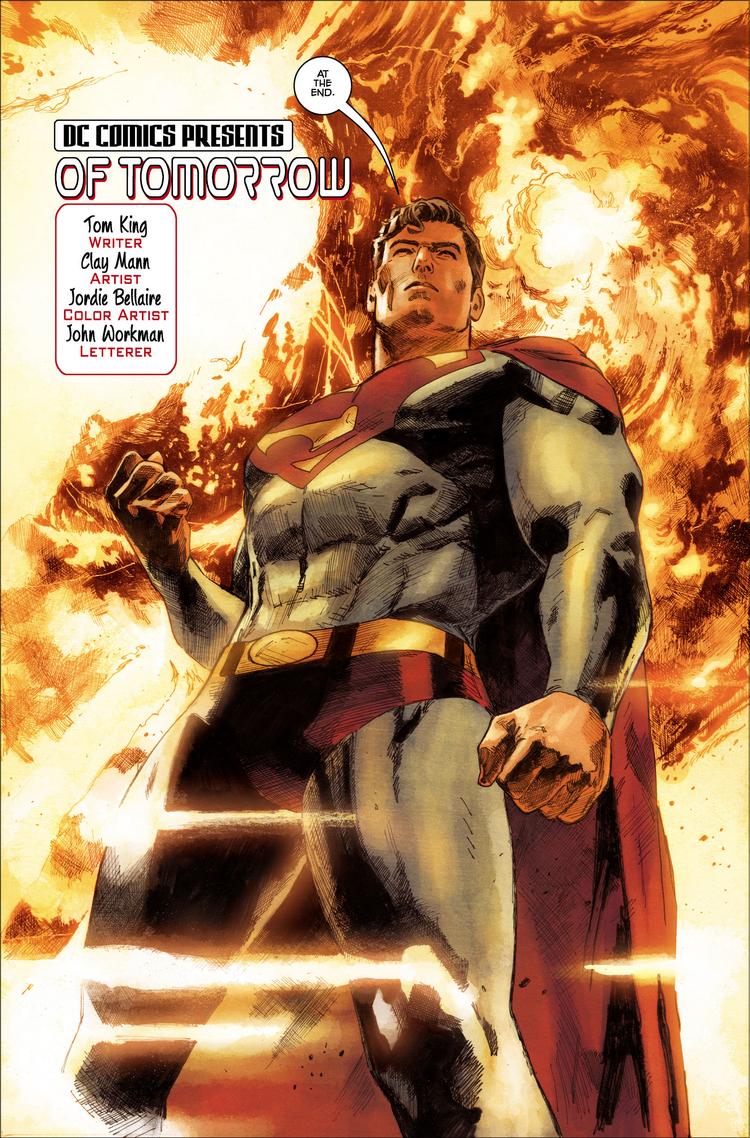 On April 18, the worlds of comic books, entertainment and pop culture will unite in recognition of a true milestone with not only the 80th anniversary of Superman, but the release of the comic book that started it all, the 1,000th issue of Action Comics. This $7.99, anniversary-sized issue features stories celebrating the Man of Steel’s legacy from some of comics’ finest creative talents.

In addition to featured stories by legendary creators like Dan Jurgens, Peter J. Tomasi, Pat Gleason and Marv Wolfman, plus the DC debut of Brian Michael Bendis, Action Comics #1000 will also feature a collection of tribute stories…and fans can read the first of them today! Written by Tom King with art by Clay Mann, Jordie Bellaire and John Workman, “Of Tomorrow” is a poignant and touching story about Superman’s final conversation and tribute to the loving Kansas couple that rescued him and raised him as their own so many years ago.

You can check out the story on the DC Comics e-reader by clicking here.