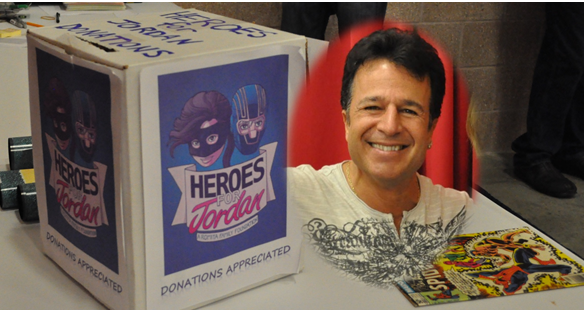 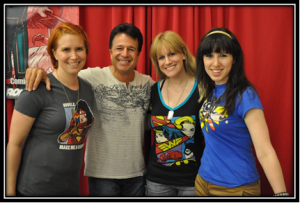 John Romita, Jr. was the high-profile guest at Dallas Comic Con on the weekend of May 17th. He stayed twice as long as intended on Sunday just to meet more fans, complete sketches and make comic lovers dreams complete.

He happily talked to The Hangout about finishing up the last six issues on his third run of Kick-Ass plus the ongoing work with Captain America.  Plus he’s working on three creator-owned projects. The first one is called Shmuggy and Bimbo.   He says to expect the first images of that work to make an appearance at San Diego Comic Con.

As expected, he explained his father’s work being one of his biggest influences and how the medium of comics has changed over the years, “The complete package is just so much more sophisticated, as is technology. Everything just advanced so much more in the last 25 years… Comics have become, since I’ve started, so much more of a prestigious medium. Now it’s alongside Hollywood and film producing, it’s the root of films in a lot of ways, because it’s no longer comics. That’s a misnomer, ‘comic books.’ That goes back to comics in bubble gum wrappers when I was a kid. It’s a much more prestigious and was taken seriously long before by the people who come to these conventions. [Convention attendees] knew they were long before the mainstream [media] knew.” 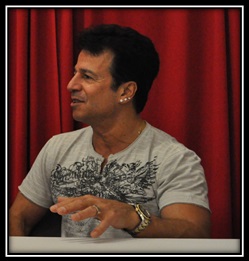 Follow up and more in-depth questions were in my back pocket about his influences and processes. However, all these things seemed so unimportant when it became clear what is real goal was for that weekend at Dallas Comic Con: Heroes for Jordan.

Romita, Jr.’s niece is a recovering brain cancer patient. Ten years ago she was given a terminal diagnosis, but fought back, gone into remission and lived so much longer than was ever expected. Despite this, current medical costs and after-care can be very trying for he families dealing children’s brain cancer. So, Romita, Jr. held a fundraiser at the Dallas Comic Con or his niece’s charity, 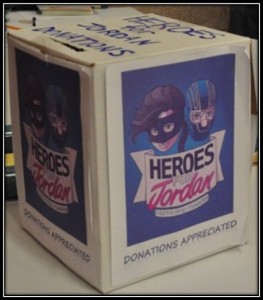 While Romita, Jr. does fundraising efforts to help out the Children’s Cancer Fund of America, he was also looking to help his family pay for his niece’s care, which continues to this day due to the effects of the initial cancer treatment, “… Jordan is the only child to live this long after what she’s been through. I think the donations from the people in Texas is just stunning… how generous everyone down here is. My wife shed tears for hours last night thinking about how wonderful everybody was.”

So, with pages to sketch in hand, and book’s ready to sign, he got to work. Instead of asking people to pay for commissions or sketches, he instead asked for donations,

The final count from Heroes for Jordan said the fundraiser was able to bring in over  $3300. “Amazing,” Romita, Jr. wrote me after the convention, “Texans are wonderful, warm and extremely generous and I always knew that!… God Bless Texas.”

If you’d like to learn more about Heroes for Jordan you can visit http://heroesforjordan.org/