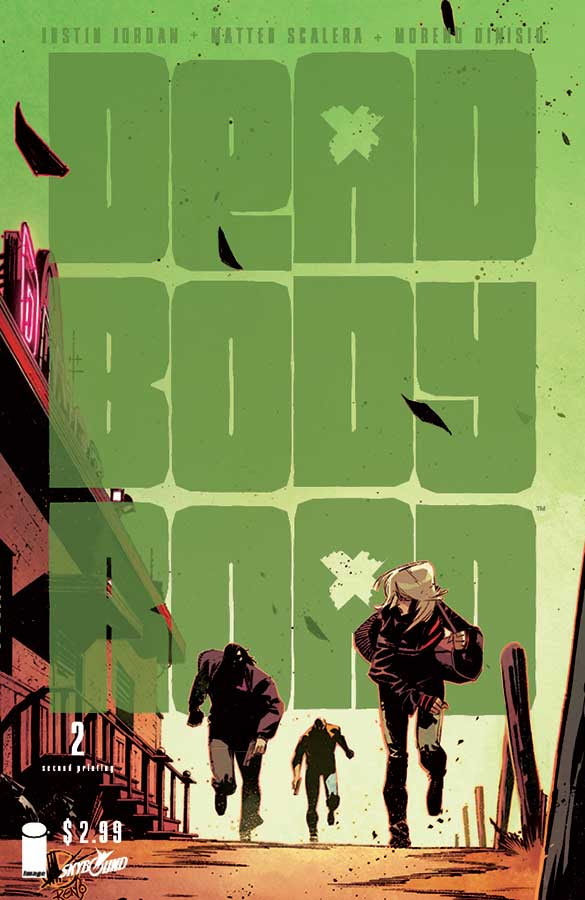 Image Comics has announced Dead Body Road #2 is headed back to print. 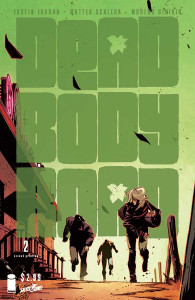 “This is a story unsettling enough to be compelling and memorable without any unnecessary flash or sizzle.”
—Doug Zawisza, Comic Book Resources

“If the first issue is any indication, this series promises lots of action and that is something to be very pumped up for.”
—Benjamin Bailey, IGN

“This is the type of comic that punches you in the gut with its storytelling. Getting punched in the gut may not sound fun but this comic absolutely is.”
—Tony Guerrero, Comic Vine

“Dead Body Road #1 is a great debut by a talented creative team. They’ve managed to take a fairly stock concept and turn it into something worth reading… As long as the action and intrigue stay at high levels, Dead Body Road will definitely be a winner.” —Pierce Lydon, Newsarama

“If you liked the first issue, this one will definitely keep your attention: it’s got all the action you could ever want, and the bleak setting is still being played to the hilt.”
—Michelle White, Multiversity Comics

“An excellent start, Dead Body Road #1 is difficult to put down once you get started. I can’t wait to see what happens next in the series.”
—Jorge Solis, Bloody Disgusting

DEAD BODY ROAD #2 has completely sold out at the distributor level, but may still be available in comic stores, and is currently available digitally on the Image Comics website (imagecomics.com) and the official Image Comics iOS app, as well as on Comixology on the web (comixology.com), iOS, Android, and Google Play.

Image Comics is pleased to announce that this second issue will be going back to print to meet customer demand. The second printing of DEAD BODY ROAD #2 (Diamond Code DEC138465) will release on 3/5.