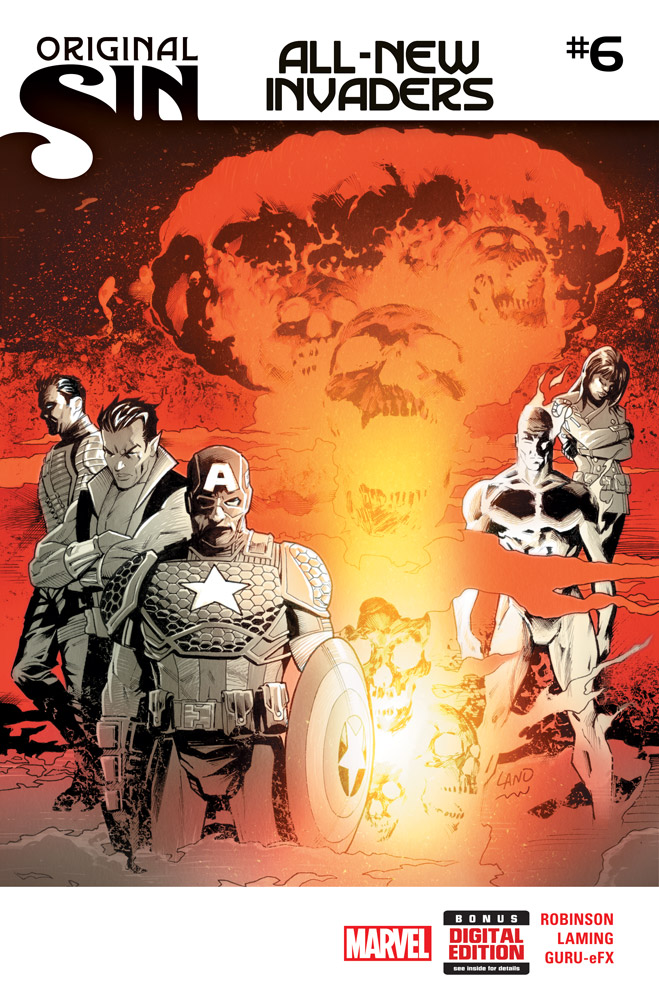 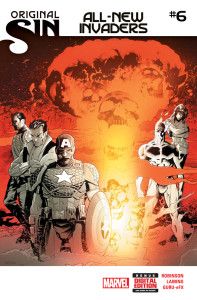 This June, the secrets of the world’s greatest heroes come undone in ALL-NEW INVADERS #6 – an ORIGINAL SIN tie-in! From Eisner-award winning writer James Robinson and guest artist Marc Laming comes the next blockbuster chapter of the series that will have you on the edge of your seat and question everything you thought you knew about the Invaders!

Brothers in arms. Companions in battle. Originally assembled for one purpose – battle back the Axis of Evil and free the world from the grip of tyrants. Though the Invaders ultimately helped win World War II, it came at a heavy cost.

They had orders. They disobeyed. And the cost for their defiance was impossibly high. What secret have the Invaders been keeping? A secret that could have saved countless thousands. Now the secret is out – and Captain America, The Winter Soldier, Namor and the Original Human Torch will face the consequences for their actions.

“This is a haunting story, filled with emotion and tense action, the kind that James does best,” says Editor Mark Paniccia

“Human Torch’s first mission as an official Agent of SHIELD forces him to confront a new superhuman with ties to the INVADERS’s sin,” Paniccia continued. “The mysteries uncovered here are just the beginning. Something’s brewing here that’s way bigger.”

What untold horrors lay the blood soaked past of Namor and Jim Hammond? And how will those sins come to bear in the present day? All will be revealed when the Invaders charge headlong into Original Sin this June in ALL-NEW INVADERS #6!