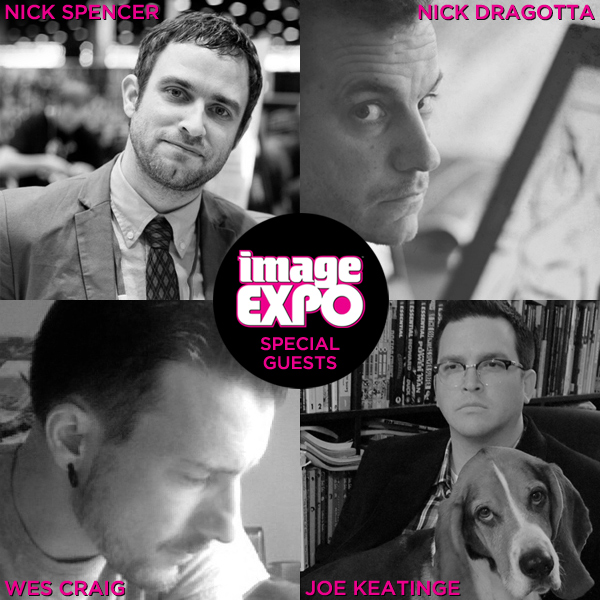 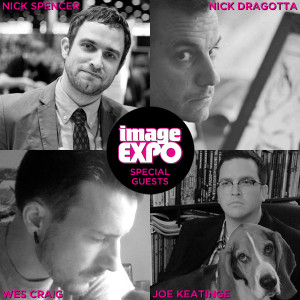 The rumors are true! Image Comics is pleased to reveal several additional all-star creators who will attend this year’s Image Expo on January 9, 2014 at the Yerba Buena Center for the Arts. The additional guest creators include Nick Dragotta (EAST OF WEST), Nick Spencer (MORNING GLORIES, BEDLAM), Joe Keatinge (GLORY), and Wes Craig (DEADLY CLASS). More exciting surprise guests will be revealed at the Expo, making it a must-see event for comic book fans.

Stay tuned for more buzz-worthy news about the event, fans won’t want to miss out on the latest. Tickets are still available, but selling out fast, so act quickly. Don’t miss your chance to meet creators, attend panels and signings, receive exclusive swag, and get the scoop on all that Image Comics has in store for 2014.

Image Comics fans can follow the latest Image Expo updates and to purchase tickets at: imagecomics.com/expo. We hope to see you there!