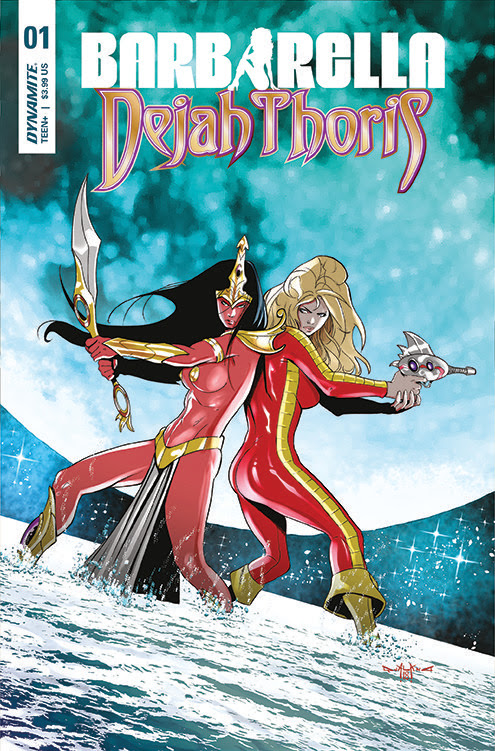 In Barbarella/Dejah Thoris, two heroines from opposite ends of time unite for an otherworldly adventure!  Barbarella, the siren of space, meets Dejah Thoris, Princess of Barsoom, and together they must solve a murder mystery that spans time and space in order to find their way home.

“I’ve been workshopping the story with my editor, Matt Idelson—who is Dynamite’s Senior Editor and an all-around comics titan—and it’s been a blast,” said author Leah Williams. “Matt is creative and has really amazing ideas, so being able to bounce ideas off each other while we’re figuring out how to make a tricky time-travel concept really land with readers has been super fun.”

“Leah’s awesome and awesome to work with.  You haven’t seen her first work for Dynamite yet—her Bettie Page Halloween one-shot will be on stands October 24th,” said Matt Idelson, Senior Editor at Dynamite Entertainment.  “She’s got great ideas, endless energy and she’s super-smart.  And if it sounds like I’m writing a job referral, I guess that’s because I sort of am—it’s your job to go out and get this book.  It’ll be worth it.​”

“Leah was the obvious choice for this wild crossover.  Her writing style fits the tone of both these heroines and makes for a fantastic adventure story,” said Nick Barrucci, CEO and Publisher of Dynamite Entertainment. “We’ve been seeing great success with both Barbarella and Dejah Thoris from fans and retailers so it’s about time we saw the two in one book.”

“There is definitely going to be some romantic tension between the two women while they’re working together because Dejah has all the attributes Barbarella is attracted to, and because nothing brings people closer together than mortal peril,” added Williams.

The first issue of Barbarella/Dejah Thoris delivers a wide selection of cover variants, providing fans and retailers a chance to collect the whole set! The cover artwork features the talents of Jen Bartel (Uncanny X-Men),  Zach Hsieh (YouTube), Pasquale Qualano (Grimm Fairy Tales), Tom Feister (Barbarella) and a cosplay cover respectively.  Additionally, a blank Authentix Edition will be made available as a variant for Barbarella/Dejah Thoris #1 which features the same great story, but with a blank cover for you to get your favorite artist to draw their own take on either Barbarella OR Dejah Thoris! 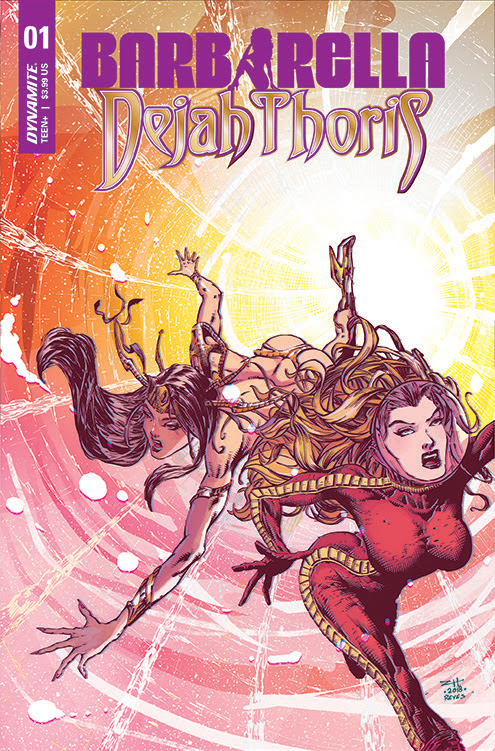 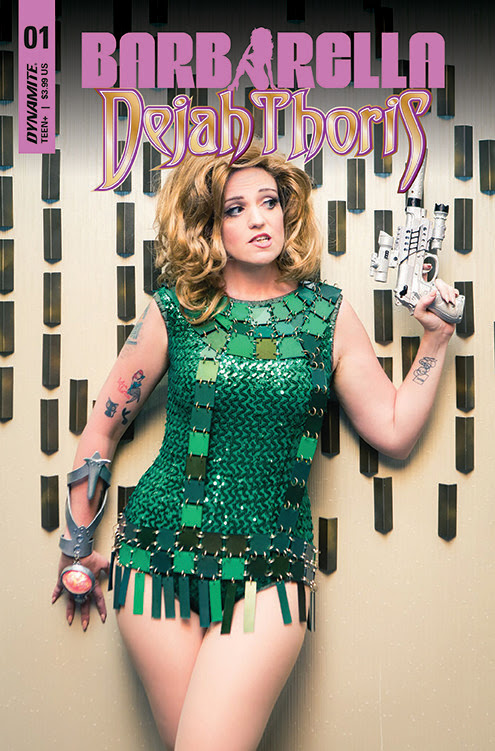