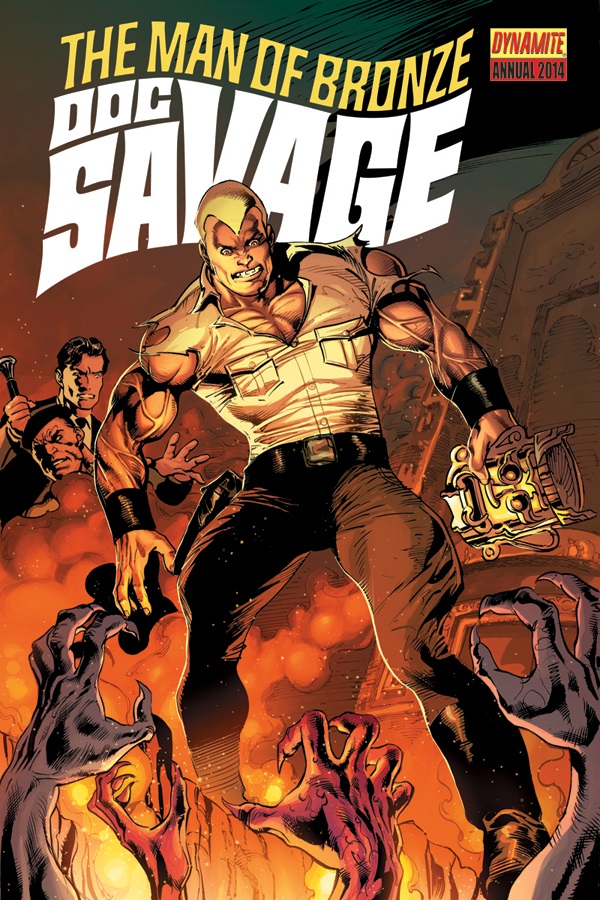 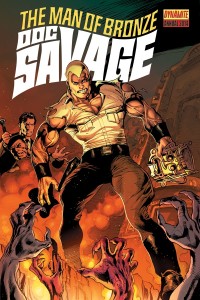 March 14th, 2014, Mt. Laurel, NJ: Fans of Doc Savage will be pleased to read that in addition to the Doc Savage ongoing series , we’re presenting a very special annual in May! In addition to the regular monthly series, Doc Savage Annual 2014 will come out written by Shannon Eric Denton with art and cover by Roberto Castro!

In Doc Savage Annual 2014, Doc Savage and the Ghosts of War: After the recent loss of a squadmate from the War To End All Wars, Doc will travel to South America to connect with an old love and reassess his place in the world. His sabbatical is anything but relaxing as Doc confronts a mysterious ghost-army, a secret league of scientists and all the dangers of an ancient death-temple but these encounters are nothing compared to what Doc will discover about himself…a truth that will change Doc Savage forever.

“Doc Savage was first,” says writer Shannon Eric Denton. “The king of the superheroes and the archetype from which all others sprang. The legacy of this Man of Bronze runs deep and I’m honored beyond belief to now join its ranks.”

Join the conversation on Dynamite Entertainment’s twitter page at http://twitter.com/DynamiteComics.

To find a comic shop near you, call 1-888-comicbook or visit http://www.comicshoplocator.com/.