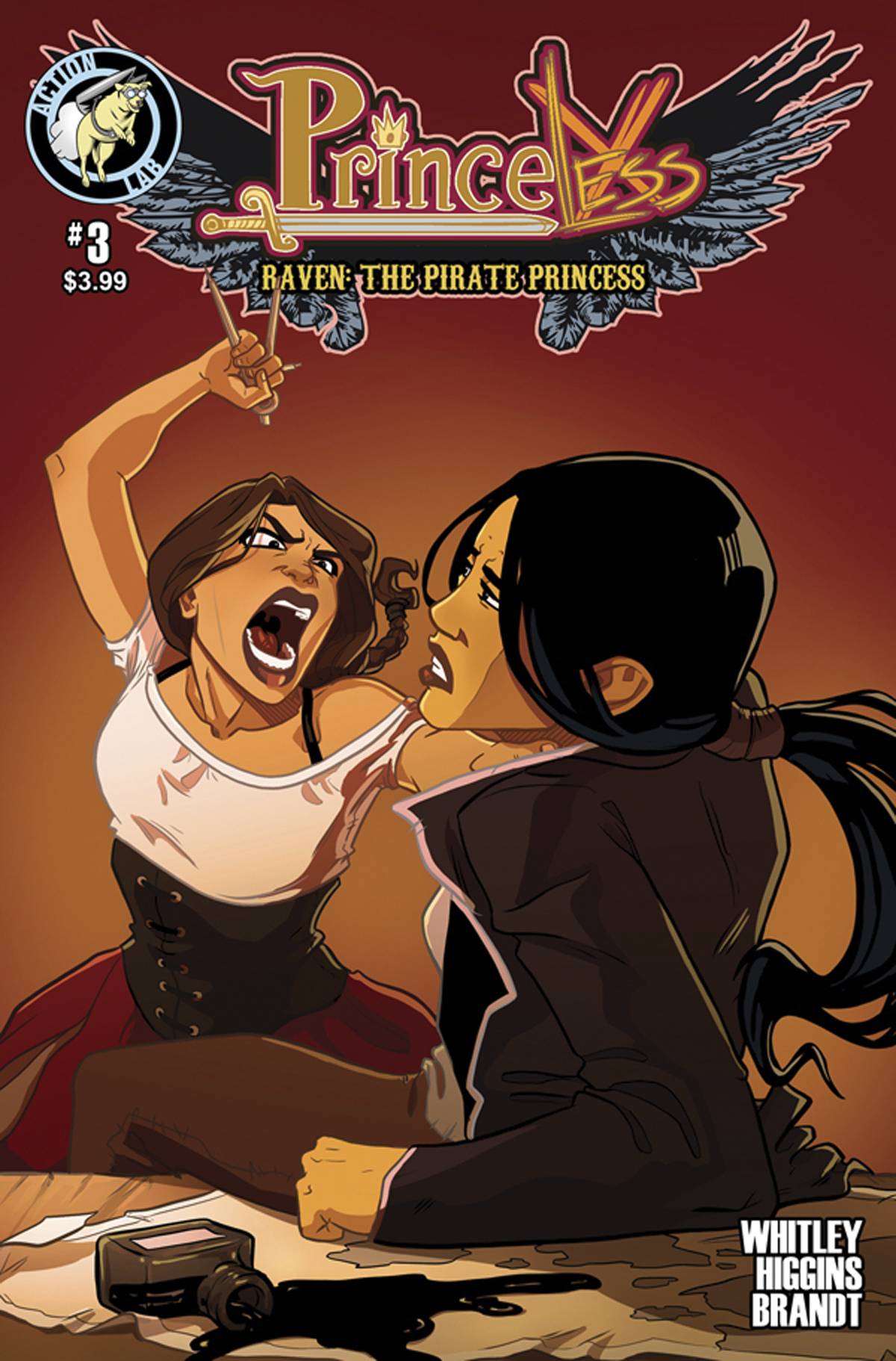 Jeremy Whitley’s pirate tale is a thoughtful take on the genre: instead of a typical quest for riches, we’re introduced to two sympathetic protagonists. Raven is a pirate whose father is the influential Pirate King. Ximena is from a privileged background and was held on her father’s ship against her will. Raven persuaded Ximena to escape captivity with her, with the promise that they would be best friends. Ximena later realized that Raven’s father had orchestrated her escape for his own gain.

Whitley writes superb dialogue that feels authentic. The focal point of this issue is Ximena’s hurt and distrust of this person who betrayed her. We feel Raven’s genuine regret, but we also understand Ximena’s hesitancy to accept an apology. Whitley includes one line that could educate young readers about respect and consent in any friendship: “I’ll never ask you to do anything you don’t want to.”

The flow of this issue was a little bit hard to follow. The opening scene turns out to be a flashback, but you don’t realize it at first. Later, while Raven and Ximena argue, a group of tabletop gamers are playing in another location. It’s not immediately clear how the two sets of characters are related.

One of the clearest highlights of Raven is the visual diversity of its characters. We see many different body types and ethnicities represented. Rosy Higgins and Ted Brandt do a phenomenal job capturing skin tones and realistic, un-idealized physical features. They have the unenviable task of making Raven and Ximena’s conflict come alive through angry expressions and agitated body language. The result is believable and dynamic.

Higgins and Brandt also deserve praise for elaborate clothing and backgrounds. Framed pictures on the wall cast shadows. The creases in Ximena’s dress and bodice are colored and shaded with precision. Check out the painstaking detail of the books on the shelf behind Ximena when she confronts Raven.

Raven is a fun story about friends overcoming hurts to start new journeys together. Readers of all ages can learn from Raven and Ximena: two strong characters who respect each other despite having very different backgrounds. Rosy Higgins and Ted Brandt give each character unique style and personality that shines through every facial expression. There are no cookie-cutter characters in Jeremy Whitley’s pirate adventure, as Raven sets the bar for what positive representation in comics can be.