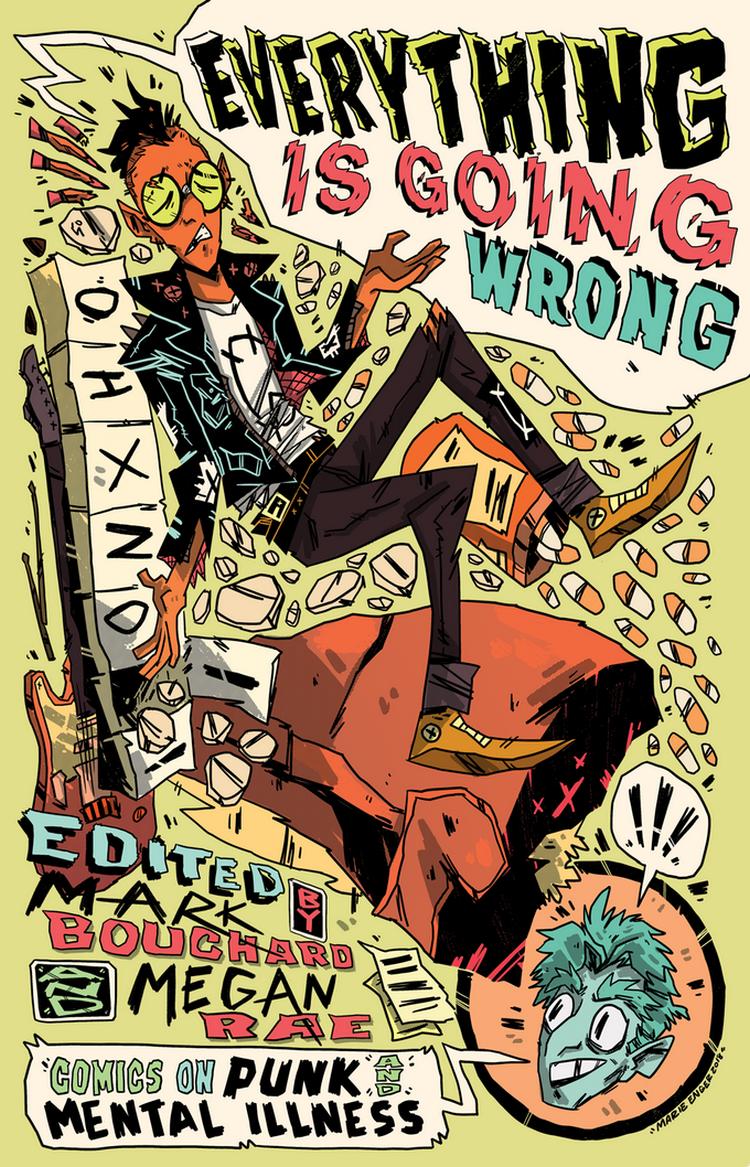 EVERYTHING IS GOING WRONG: Comics On Punk & Mental Illness is an anthology of comics centered on punk and mental illness. The anthology features nearly 30 stories from comic creators and bands (including Adult Mom and Days N Daze) about their experiences with mental illness in and around various punk scenes.

The anthology will seek funding through Kickstarter, with the campaign launched on Monday, April 16th. ​All proceeds will benefit The Trevor Project and MusiCares.

While mental health is finally becoming less taboo to discuss in the mainstream, punks have been having nuanced discussions of mental health for years. This anthology aims to shine a light on the discussion of mental health in relation to the punk community and those adjacent to it. As such, EVERYTHING IS GOING WRONG will include both fictional and autobio comics covering topics such as life with various mental illnesses, transitioning, navigating trauma, self-medication, and community.

Co-creator and co-editor of the anthology, Mark Bouchard said they’re excited to draw attention to the intersection between punk & mental illness, and how the punk community supports those living with mental illness. “Going about daily life, it always feels like there’s a burden of proof to meet before your mental illness is treated as a medical condition instead of just being dismissed as laziness or flakiness. But in punk scenes, I’ve always felt listened to, supported, and believed— even by strangers.”

“I don’t do as much punk stuff anymore, because I’ve slowly been shifting my energy towards comics. Sure, I go to shows, but I’m not really a part of ‘the scene’ where I live. Through EVERYTHING IS GOING WRONG, I hope to bring the support and community of the punk scene where I came up to comics. I want to show people that there’s a place for punk and mental illness in comics— even if we have to carve it out ourselves. And we’re gonna help out some queer kids and punks in need along the way.”

“Ever sit and listen to a song and thing, “damn, this is fantastic! I feel inspired and great and ready to smash!” and then you go back and READ the lyrics, and they’re the saddest thing ever? You have that minute where you need to pull back and process how this sad thing could become this beautiful inspiring thing that you’d never say is sad at all,” said Enger.

“Yeah. EVERYTHING IS GOING WRONG is kind of like that. Some seriously sad and difficult stuff processed and wrapped up in something that makes you feel hope instead of hopeless. That’s why this project is so important— that’s why we’re doing this. We get to tell our tragic stories without seeming like tragedies.”