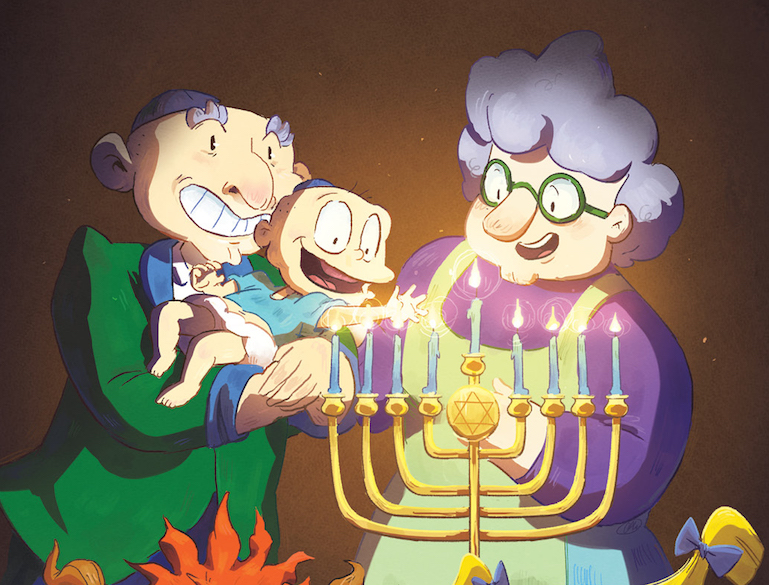 It’s time for the Rugrats family vacation to the mountains, complete with the annual argument between Grandpa Lou and Boris arguing over which holiday is better: Chanukah or Christmas. Boris is determined to prove his holiday is the best and starts giving Tommy and the babies a history lesson on the Golem which sets imaginations ablaze. Tommy, Chuckie, Phil and Lil now all feel that they have to save Chanukah from the Golem before it steals the holiday away for good!

“The Rugrats have always managed to put their own unique stamp on the holidays and this Chanukah Special continues that tradition in new and exciting ways! ” said Matthew Levine, Editor, BOOM! Studios. “Daniel & Cullen’s script is blisteringly funny. These guys just nail the characters voices. But Kate’s art is what brings it all to life, drawing everything from ancient Israel to wild sled rides. This adventure is not to be missed!”

RUGRATS: C IS FOR CHANUKAH #1, featuring a cover by Chrystin Garland (Steven Universe), is the latest release from BOOM! Studios’ award-winning KaBOOM! imprint, home to comics for middle grade and younger readers including licensed series such as Rocko’s Modern Life, Peanuts, and Garfield, along with original series like Mega Princess by Kelly Thompson and  Brianne Drouhard, Bodie Troll by Jay Fosgitt, Ruinworld by Derek Laufman, and The Deep by Tom Taylor and James Brouwer.

Print copies of RUGRATS: C IS FOR CHANUKAH #1 will be available on November 14th at local comic book shops (use comicshoplocator.com to find the one nearest you), or at the BOOM! Studios webstore. Digital copies can be purchased from content providers like comiXology, iBooks, Google Play, and the BOOM! Studios app.

For breaking news on RUGRATS and more from BOOM! Studios, stay tuned to www.boom-studios.com and follow @boomstudios on Twitter. 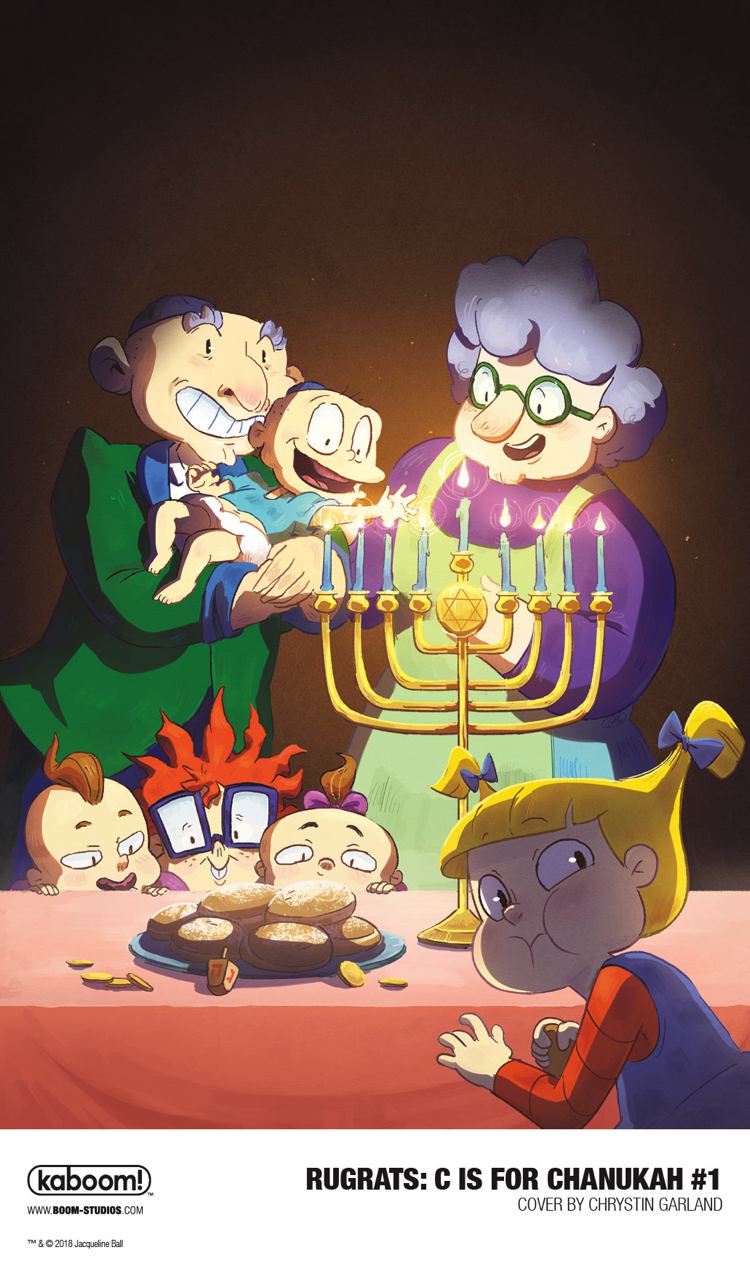 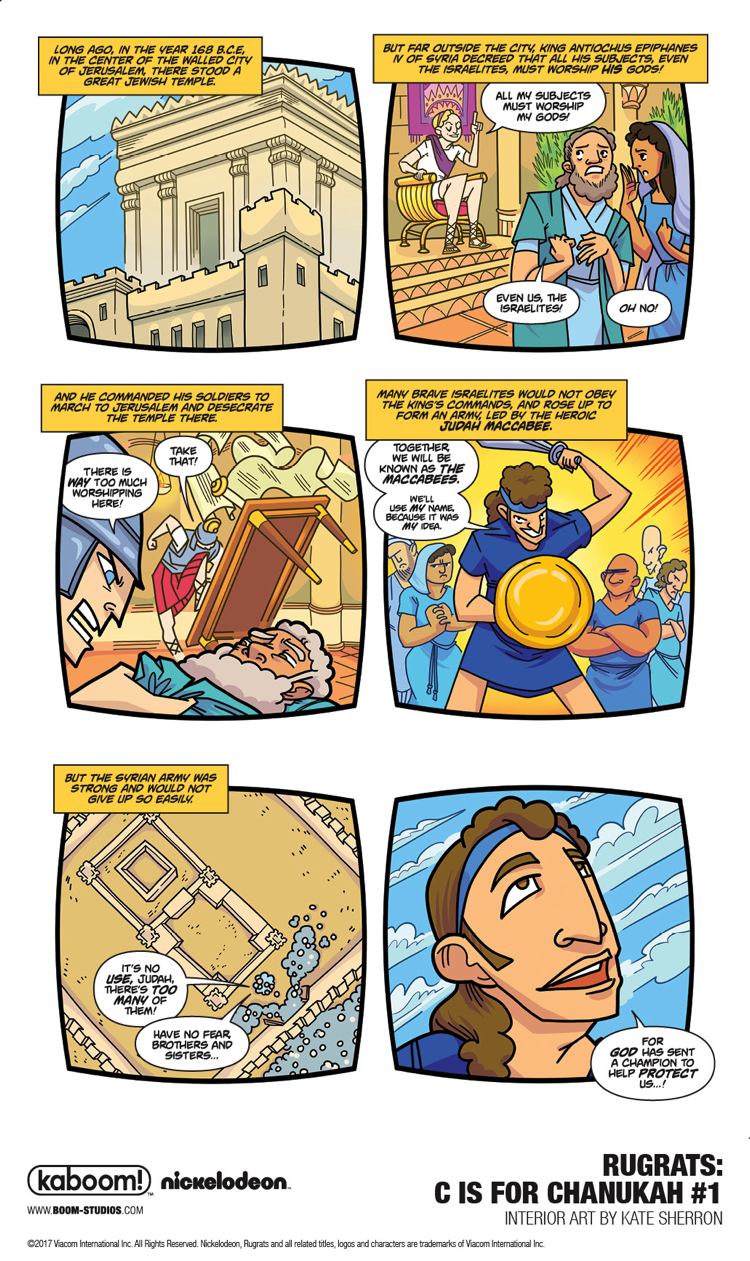 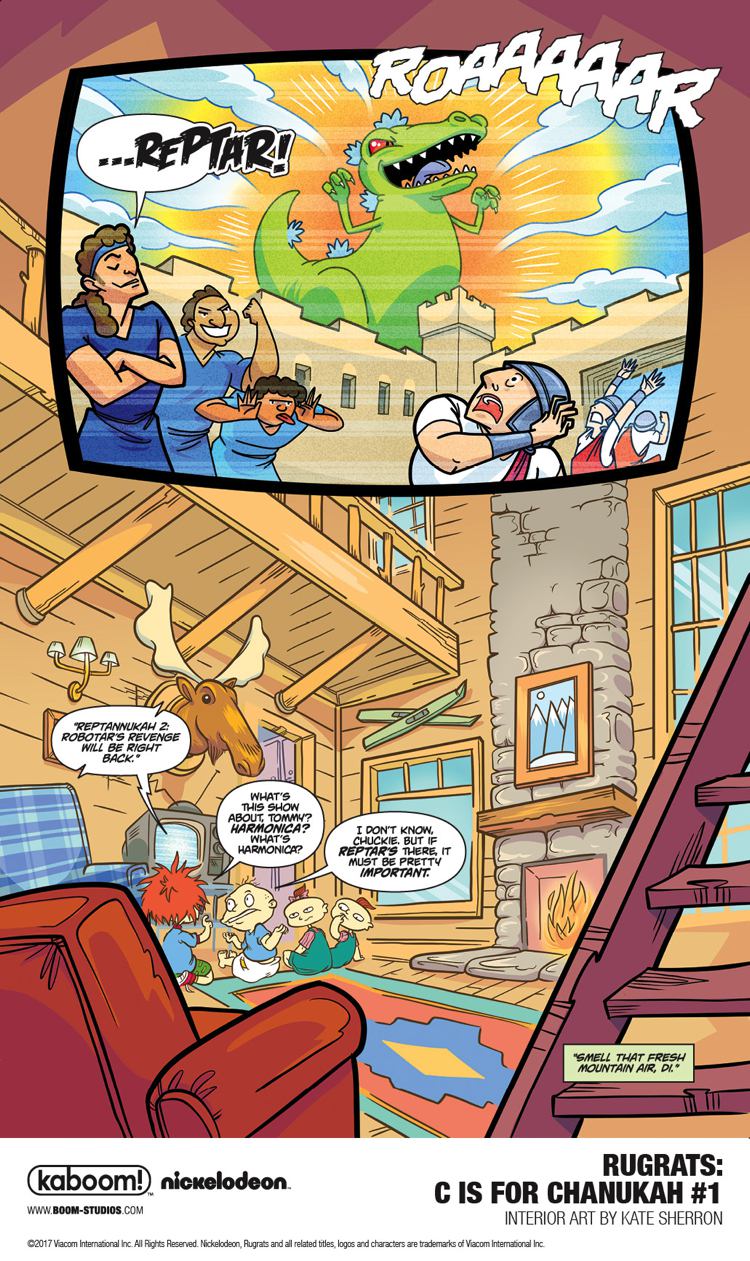 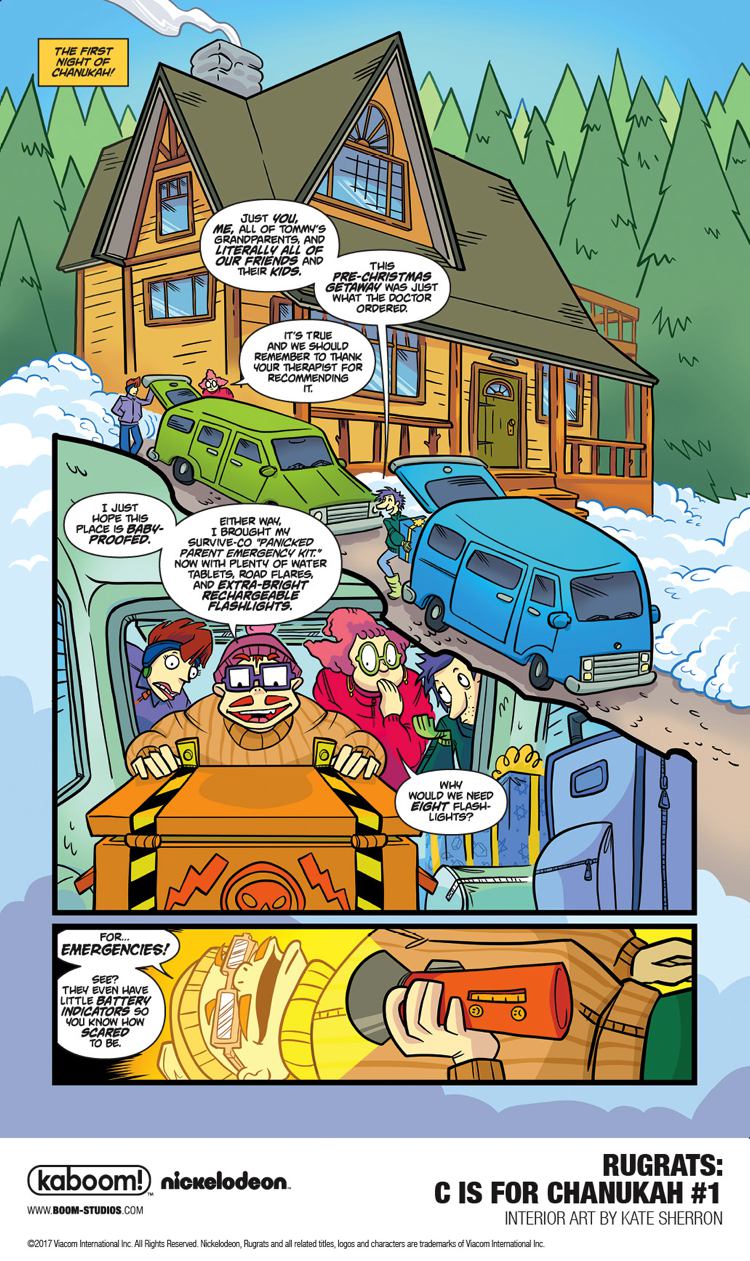 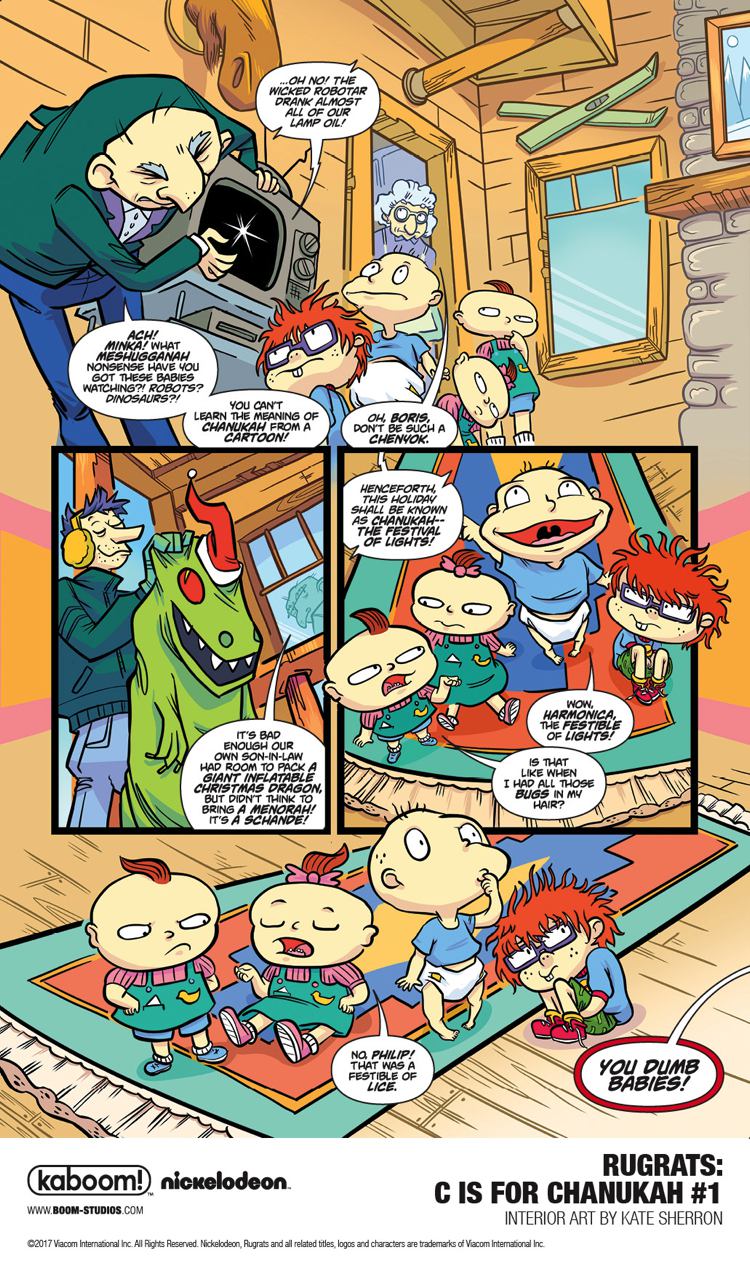 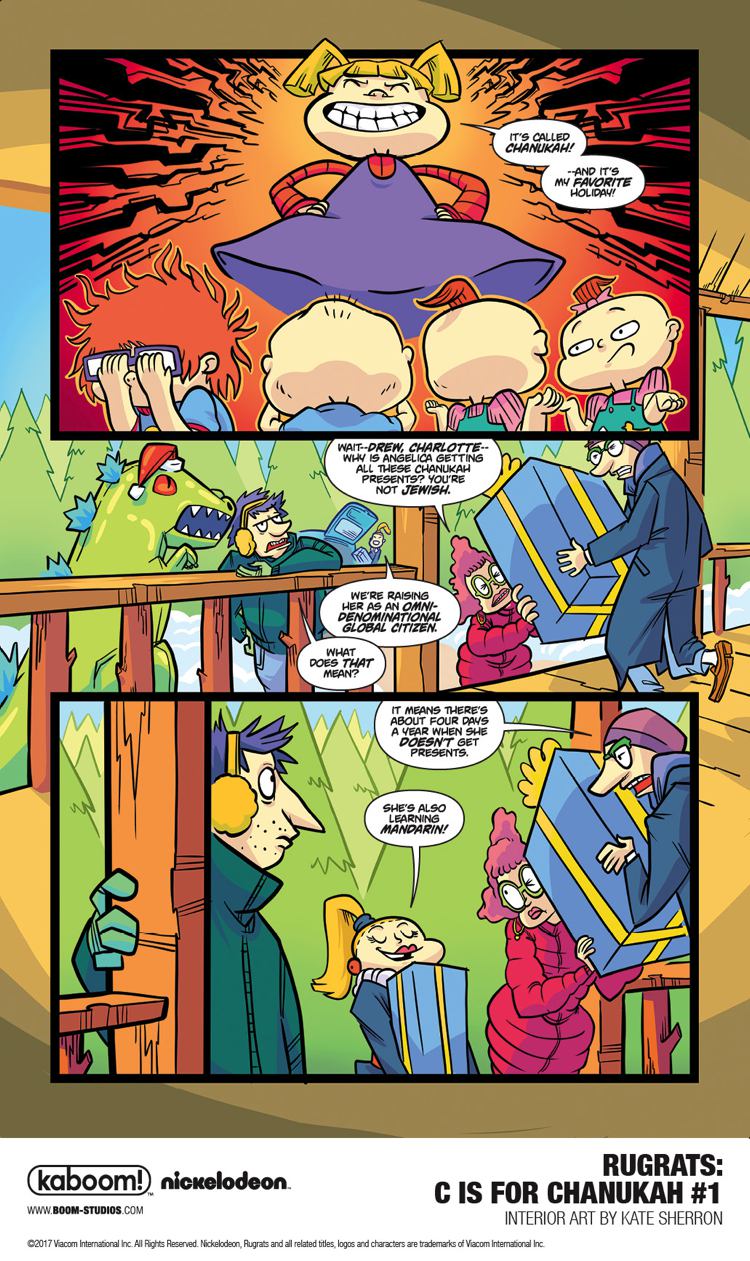 BOOM! Studios was founded by Ross Richie in 2005 with the singular focus of creating world-class comic book and graphic novel storytelling for all audiences. Through the development of four distinct imprints—BOOM! Studios, BOOM! Box, KaBOOM!, and Archaia—BOOM! has produced award-winning original work, including Lumberjanes, The Woods, Giant Days, Klaus, and Mouse Guard, while also breaking new ground with established licenses such as WWE, Mighty Morphin Power Rangers, Cartoon Network, and The Jim Henson Company properties. BOOM! will also bring their original series to life through unique first-look relationships with 20th Century Fox for film and with 20th Television for the small screen. Please visit www.boom-studios.com for more information.