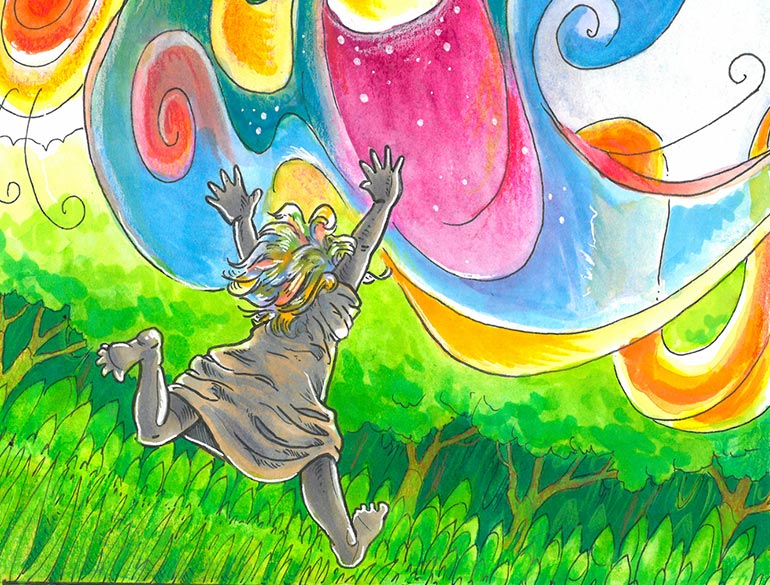 How do YOU read comics? How do you MAKE comics? Sean E. Williams, writer of Artful Daggers, Sensation Comics, and Fairest, has been asking himself that for over a year. The result is Comicker Digital, a webcomic platform with original work by a variety of creators available to read for free, buy, and subscribe. As the next step in its evolution, Williams and business partner Saori Adams have developed an app launching TODAY that will make enjoying your comics on the go easier than ever. And Williams was on hand to tell Comicosity all about it in this exclusive interview: 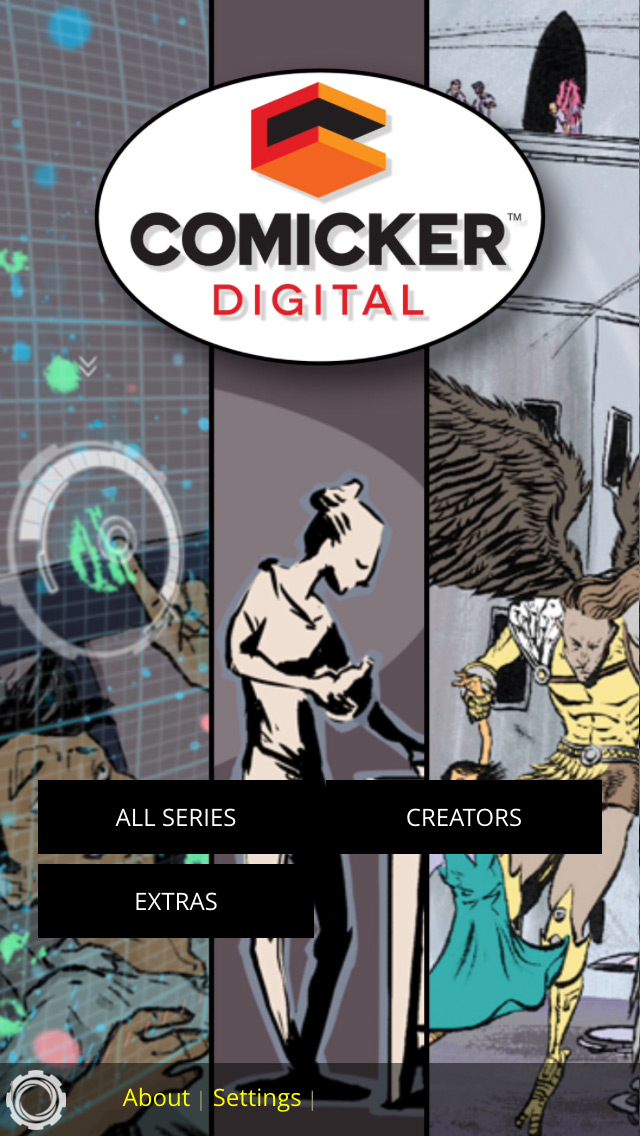 Matt Santori: Sean, can you tell me a little bit about what drove you to launch Comicker Digital?

Sean E. Williams: We founded the company last year and launched this past spring with web comics and collected issues on Comixology and DriveThru Comics. As a creator, I was trying to find a way to balance how much time it takes to make comics with the financial side of it. Because unless you’re doing a book for Marvel or DC, it’s really hard to do a creator-owned book, especially digitally. I saw this doing Artful Daggers with Monkeybrain.

And there’s also having to build an audience for digital comics. It’s out there to anyone, but there’s so much available these days, content-wise, that it’s hard to stand out from the crowd. I was juggling all of this in my head when Saori came up to me at a con and said, “Why don’t we form a webcomics company?” As soon as she said it, it clicked in my head and I said “Yes!” It was the solution I had been looking for.

We got together and came up with a plan to offer webcomics and digital issues, talked to some people we knew, and got some series going.

SEW: Yes! It was always part of our plan to launch an app. I got together with a friend who I knew from when I was writing television who was launching a company called The Horizon Factory as well. As soon as he showed me what he was working on with apps, I knew we had to be in business together.

So, yeah, we’ve put the app together and have been coming up with features specific to comics and our needs.

MSG: Tell me about some of the comics you’re launching with. 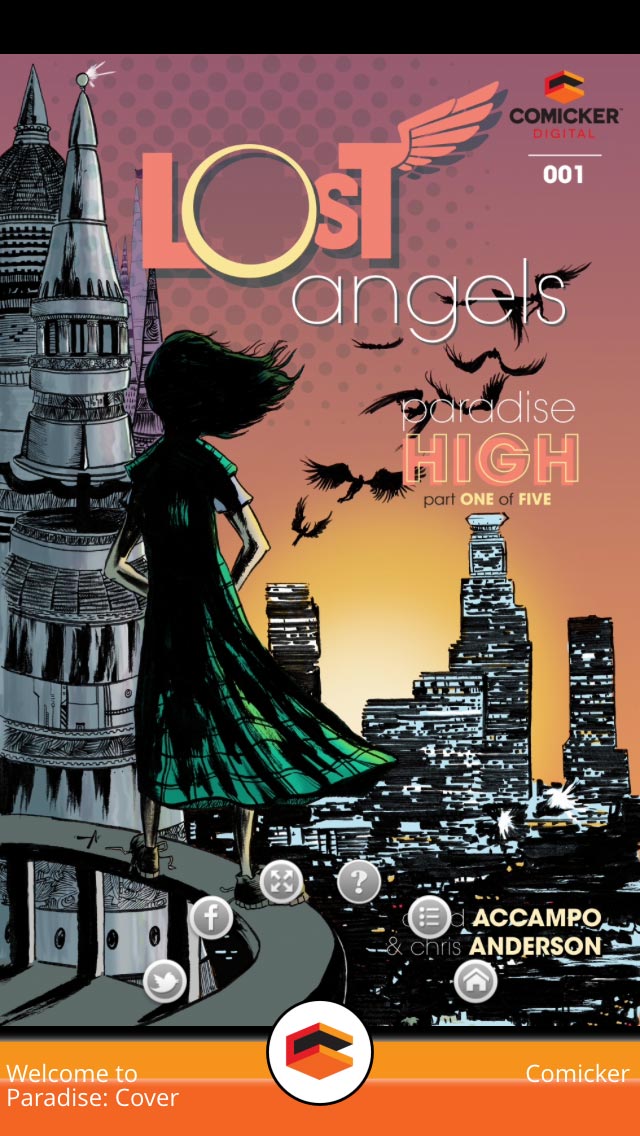 SEW: Sure! We’re launching with all of the webcomics we have currently, including:

The Casebook of Rabbit Black, written and drawn by Kate Sherron, about a detective who gets killed and his downstairs necromancer neighbor accidentally brings him back to life. The first issue is about him trying to solve his own murder.

Grimfish, by Aaron Pittman, which is a straight-up sci-fi, very futuristic technology thing.

Lost Angels, written by David Accampo and illustrated by Chris Anderson, which takes place in a world where a city falls from outer space and lands on Santa Monica. Its occupants all look like angels with wings. It’s about a detective and his daughter as they interact with the angels and deal with the cultural elements. It deals with racism and all the issues we face, but in a fantasy world.

Some Kind of Blue Moon, a graphic novella by Michael Stewart, Thomas Boatwright, and James Greatorex, about a werewolf trying to figure out being a werewolf. It’s a very 1980s, John Hughes-type comedy.

Gatehouse, by myself and Adam Bolton, featuring tales told in a porthouse located at the nexus of the multiverse.

Sylvania, by acclaimed animator Kristen Kemper, which is a story about three sisters who are members of an ancient clan of tree witches and how they learn to use their powers.

Artful Daggers unfortunately is not up on the app, since Monkeybrain has the license and they were kind enough to let us do the digital issues. 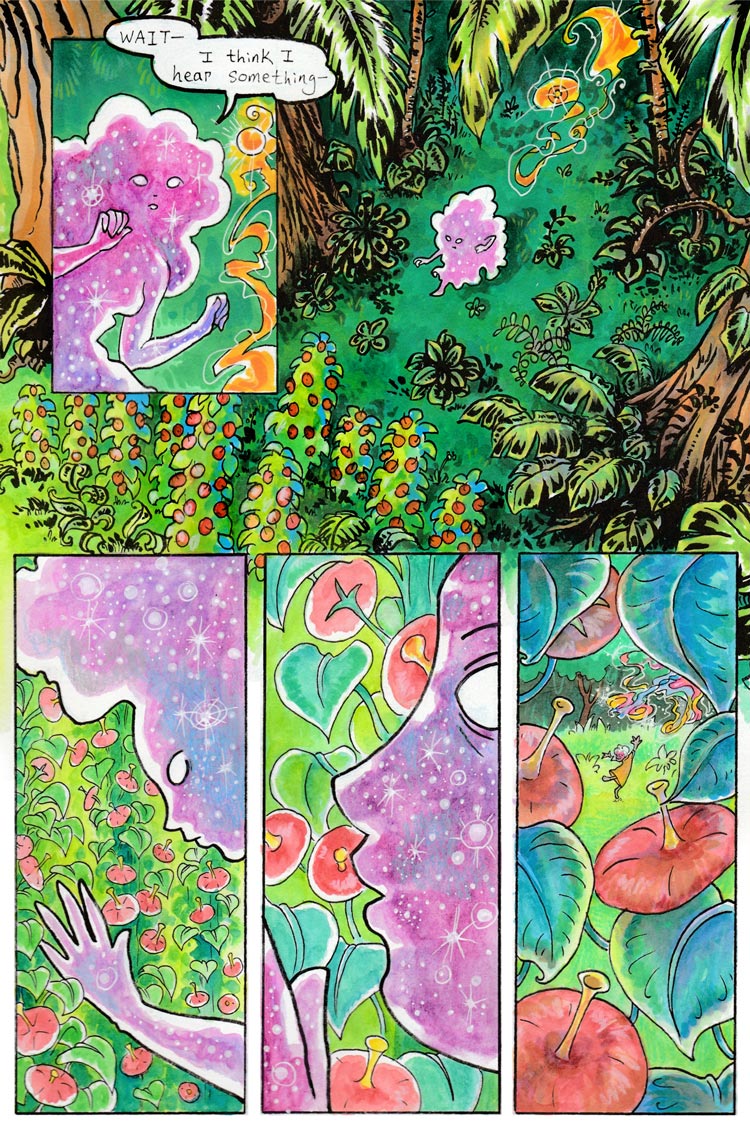 Interior art for The Lion and the Roc by Kathleen Krawolec

We’re also debuting a new series on the app called The Lion and the Roc. It’s set in this mythological world where spiritual beings are tasked with taking this human under their wing and tutoring her to become this figurehead in their mythology. It delves into the history of mythologies and religions. The art is phenomenal, watercolors by Kathleen Kralowec.

MSG: Given this openness of the medium and the platform, are you seeing things in format or timing or content that surprised you?

SEW: The thing that surprised me the most was the variety that we’re seeing, that you don’t see even among Image books where there’s still this certain type of look to everything. By opening Comicker up, we don’t have a house style. By not limiting ourselves, we’re seeing a much wider variety of work. Kate Sherron’s art style is 180 degrees from Chris Anderson’s, which is 180 degrees from Thomas Boatwright’s.

It’s exciting to be surprised by what we’re seeing. It’s unlike anything we’ve seen before. If I saw it on the shelf at a shop, I would pick it up. It’s refreshing to feel like we’re bringing something different to the world. 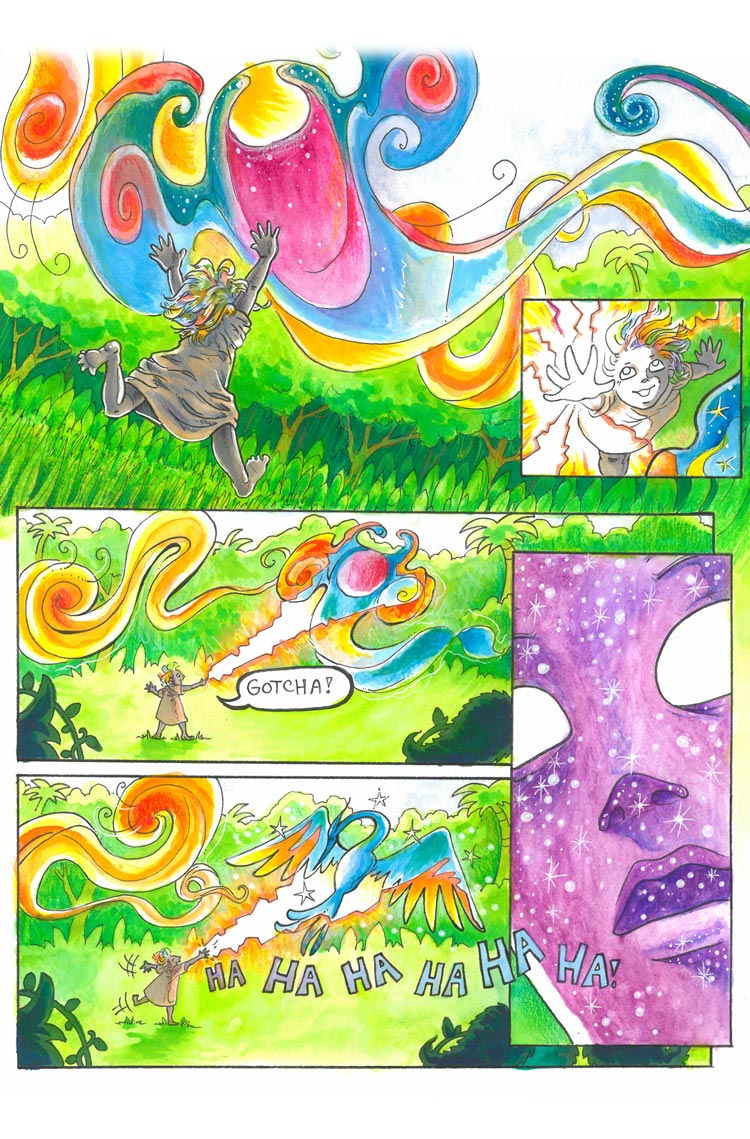 And that’s always been my M.O. Years ago, I founded a company called Foot in the Door Entertainment, and our mission was to get other Southern California students who had graduated out into the world. We had them send in their scripts and we sent them out to our contacts, because there wasn’t really anything like that for people just after graduation. Unless you know people already, you were basically as well off as when you went into school, but you know how to write. 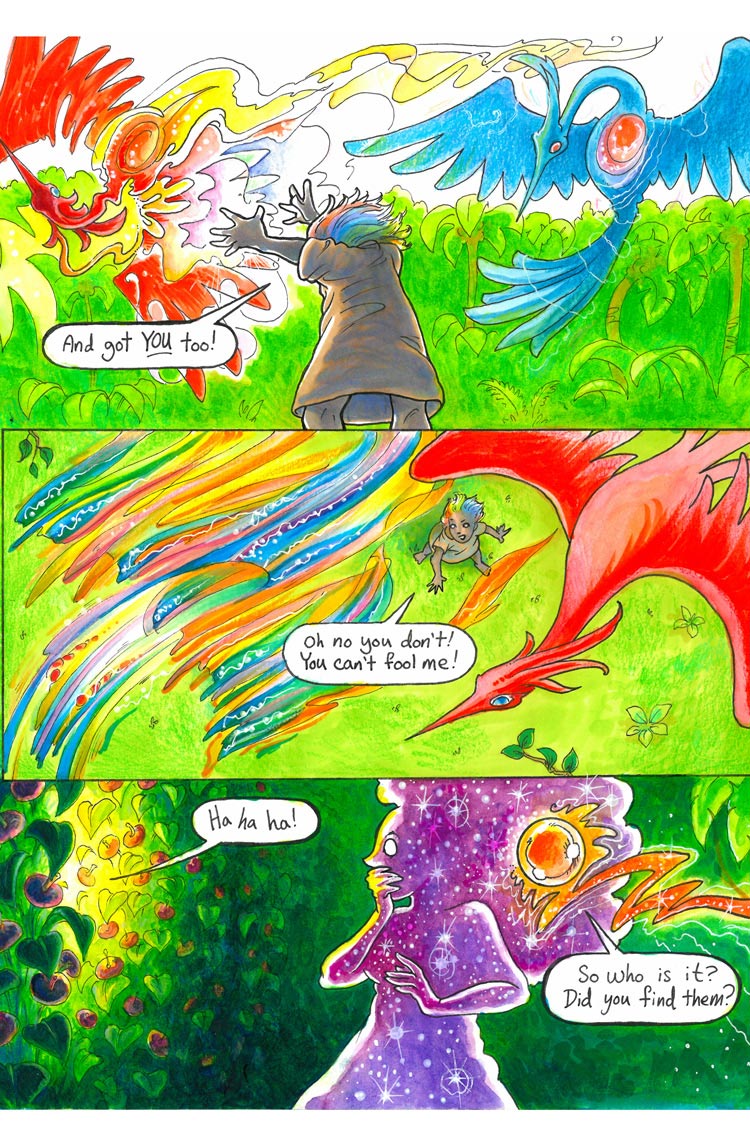 Interior art from The Lion and The Roc by Kathleen Krawolec

Comicker is kind of serving that need now, but for comics. There are a lot of people out there who know how to draw a comic or write a story, but they don’t know how to launch a website or publish it themselves on Comixology Submit. We’ll filling a need for creators there, but also with our relaxed schedule, we make it realistic to have a creator-owned series and work your day job. Which, you know, almost everyone has to do.

MSG: A lot of the books have women protagonists and persons of color in leading roles. How has fan reaction been so far?

SEW: So far, it’s been really good. I just saw someone on Friday get really excited about Sylvania because it’s a female creator, about a bunch of sisters, and an art style they hadn’t seen before. It was basically “I’m getting this NOW.” Which is what we’re going for.

MSG: What is the pricing model for the app?

SEW: It’s a free app to download, and we are including all the first issues of every series to download for free. And that’s for all series going forward as well, so people can try things out. From there, it’s $2.99 subscription per month, which is less than the average cost of a comic today. And we already have 10 ongoing series in production, so it seems like a good deal to me!

SEW: You know, it’s so frustrating to see what’s going on in the industry today with diversity and creators. It isn’t that hard. It’s not like we’re beating down doors to get these creators with these types of diverse stories to tell. Just let them do what they want to do and it happens naturally. It’s what people are literally screaming for!

The Comicker Digital app can be dowloaded through the iOS store and through links on their website now.