Marvel Comics has given Comicosity an EXCLUSIVE first look at Angela: Queen of Hel #6, arriving in stores next Wednesday. Scroll down to view the full size preview images.

WATCH THE THRONE! Who’s the a new ruler of Hel? Angela? Sera? Hela? Leah? Plus: The first meeting between Angela and the new Thor! It, uh…it does not go well. 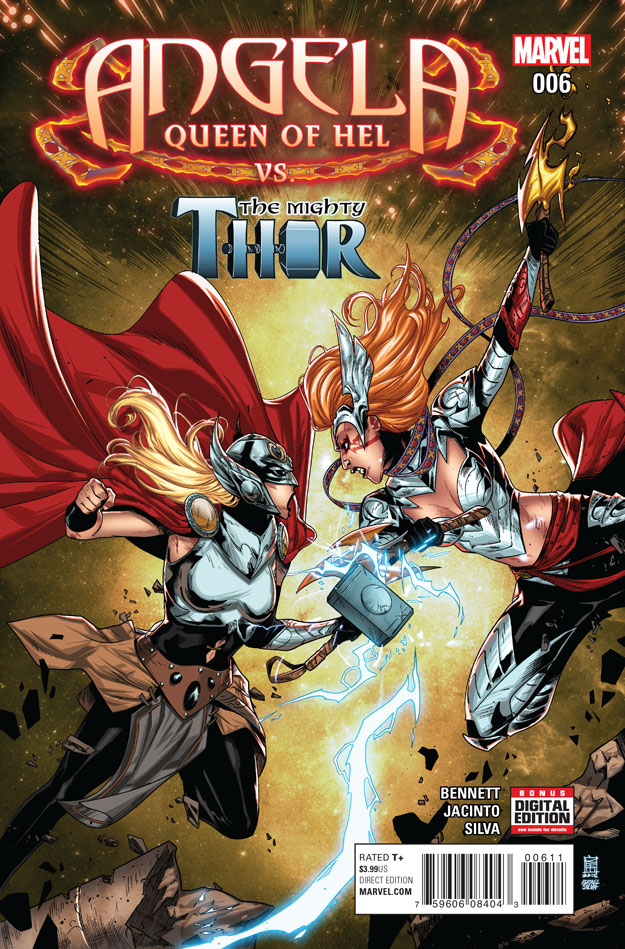 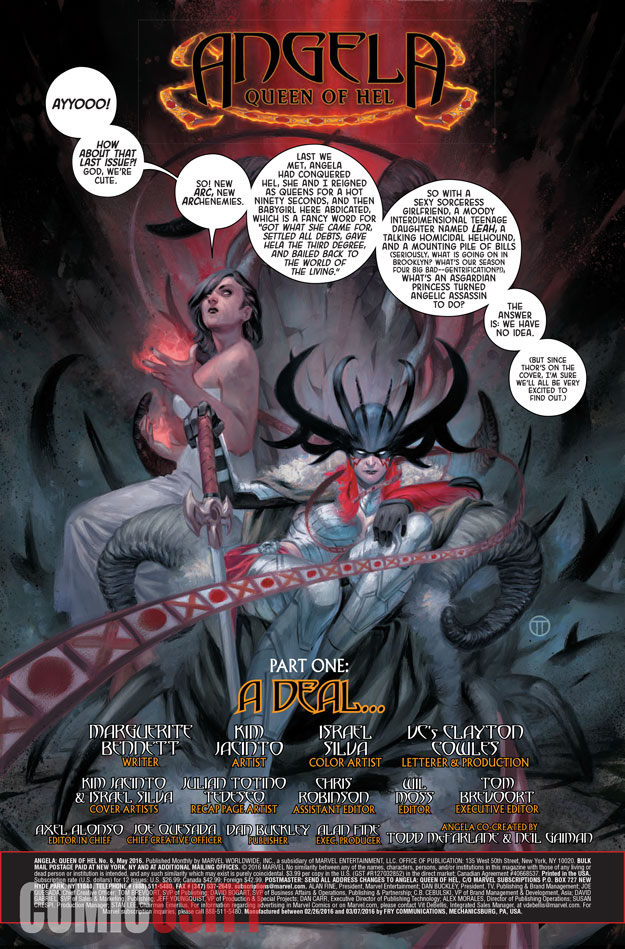 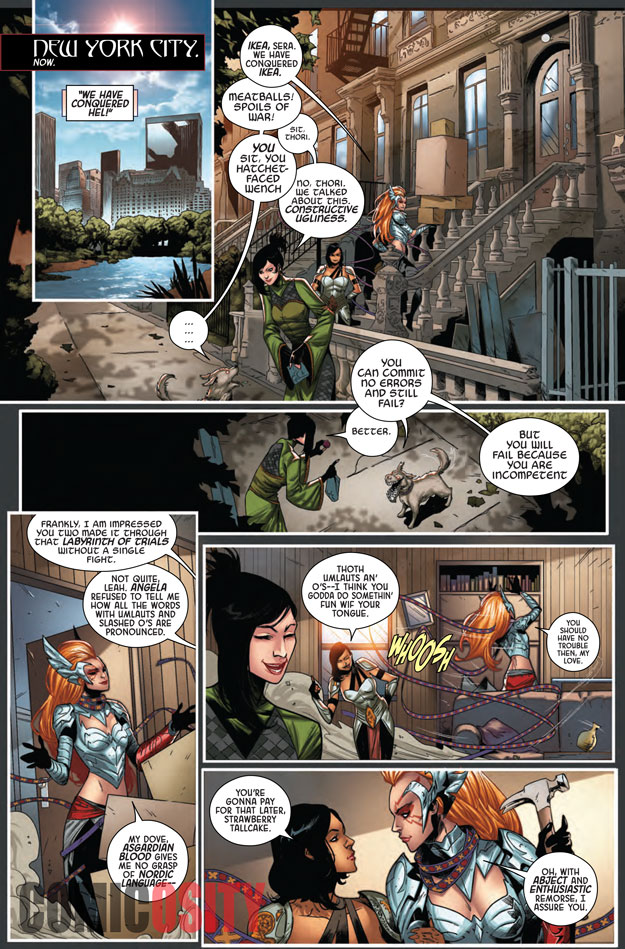 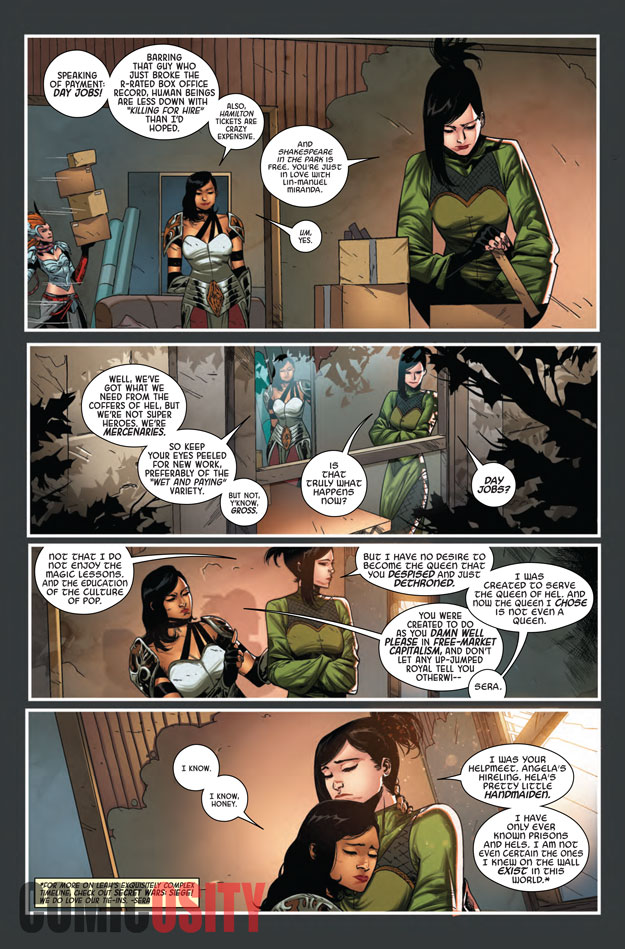 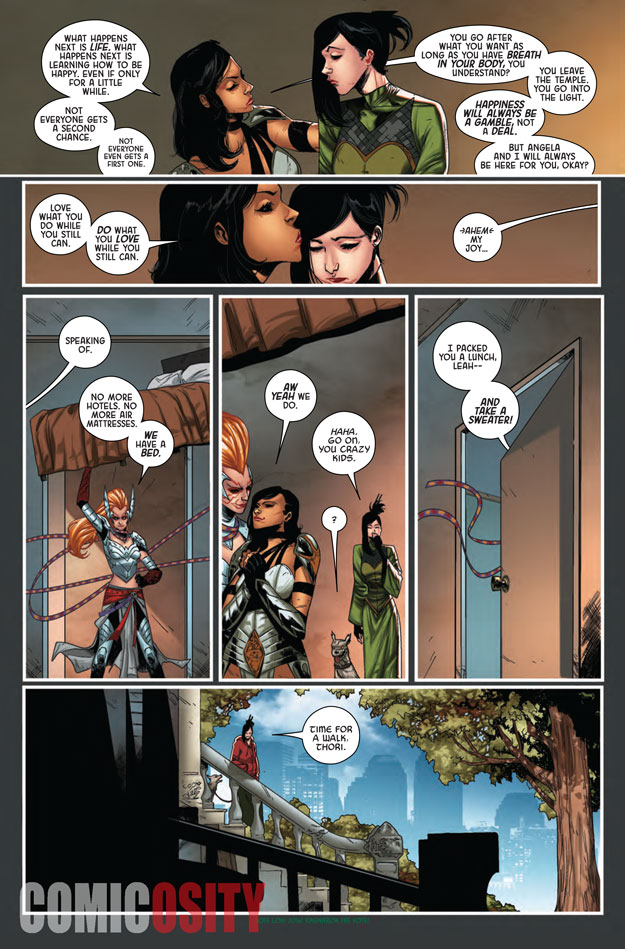