Marvel Comics has shared its EXCLUSIVE preview of the final issue of Angela: Queen of Hel. Scroll down to view the full size preview images.

An ancient evil slithers into New York City, making living horrors out of fables and folklore. Angela, Sera, Leah, and Thor race to defeat THE FAUSTIAN QUEEN before she rewrites the world into a story of her very own. 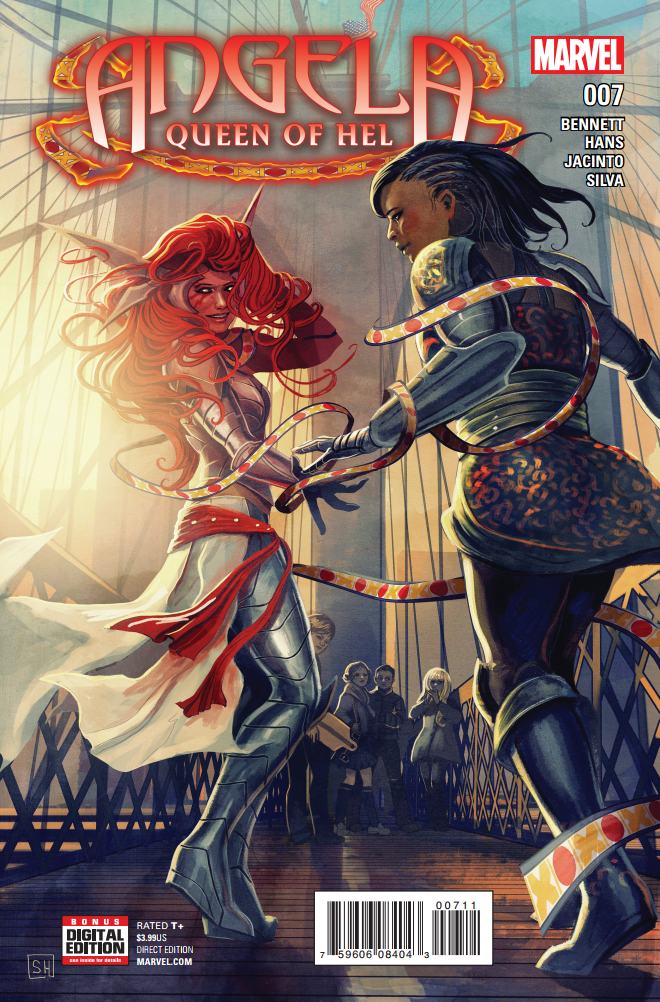 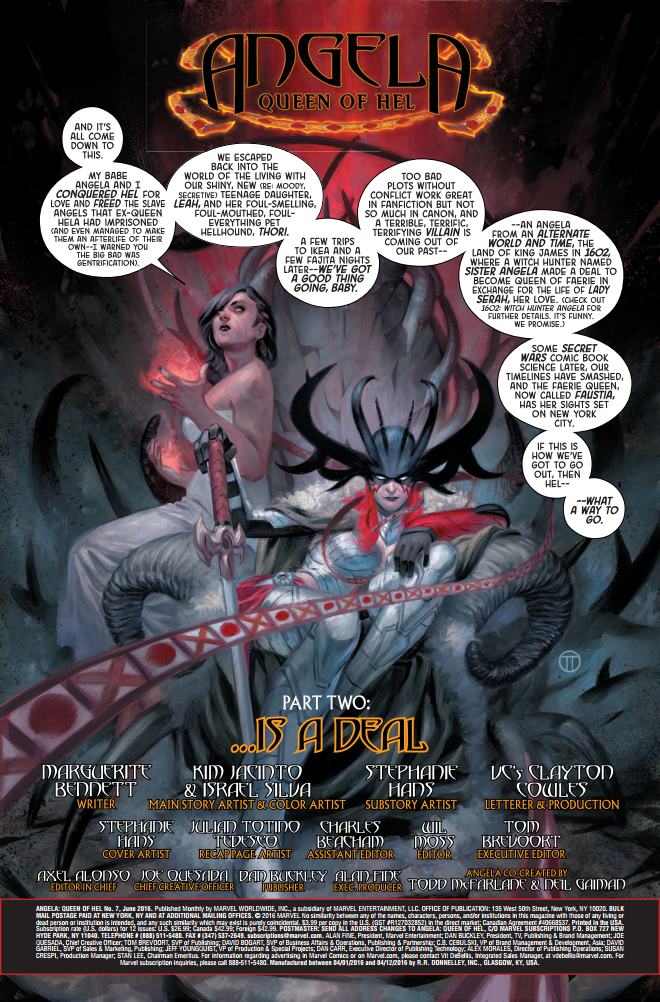 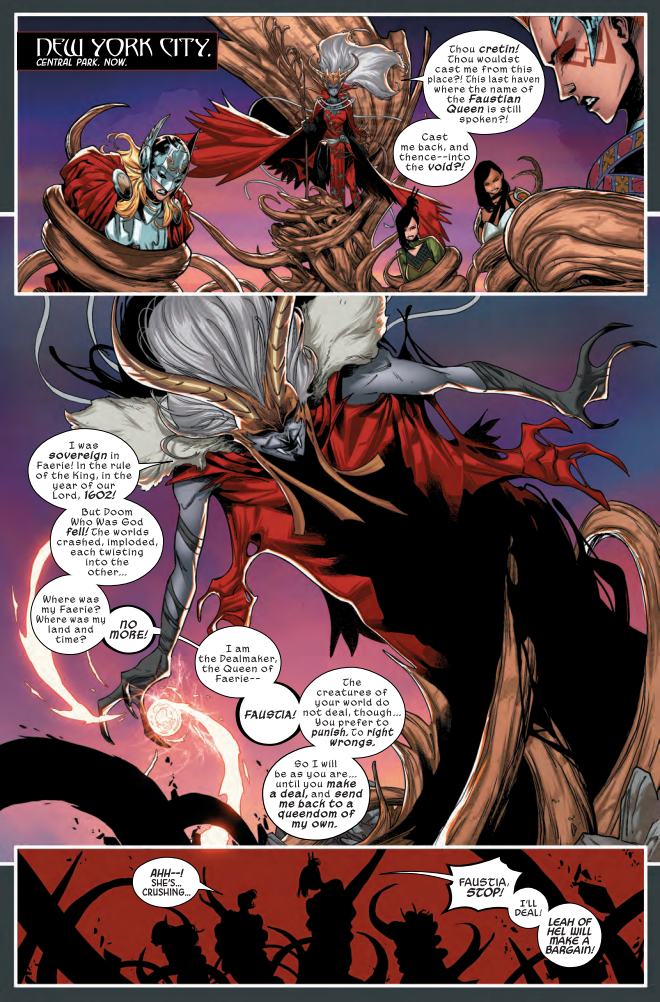 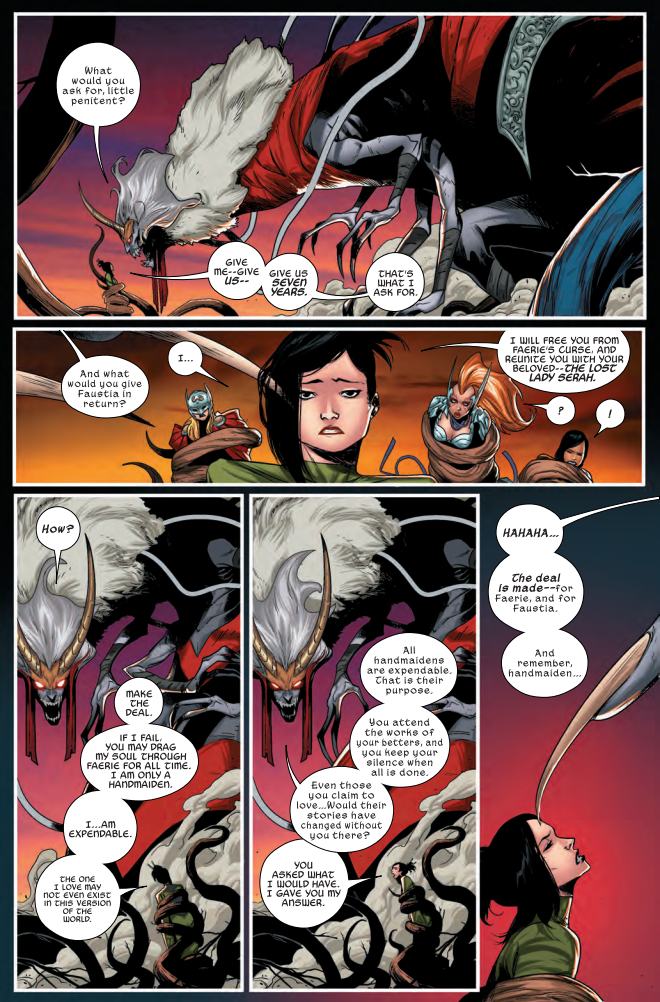 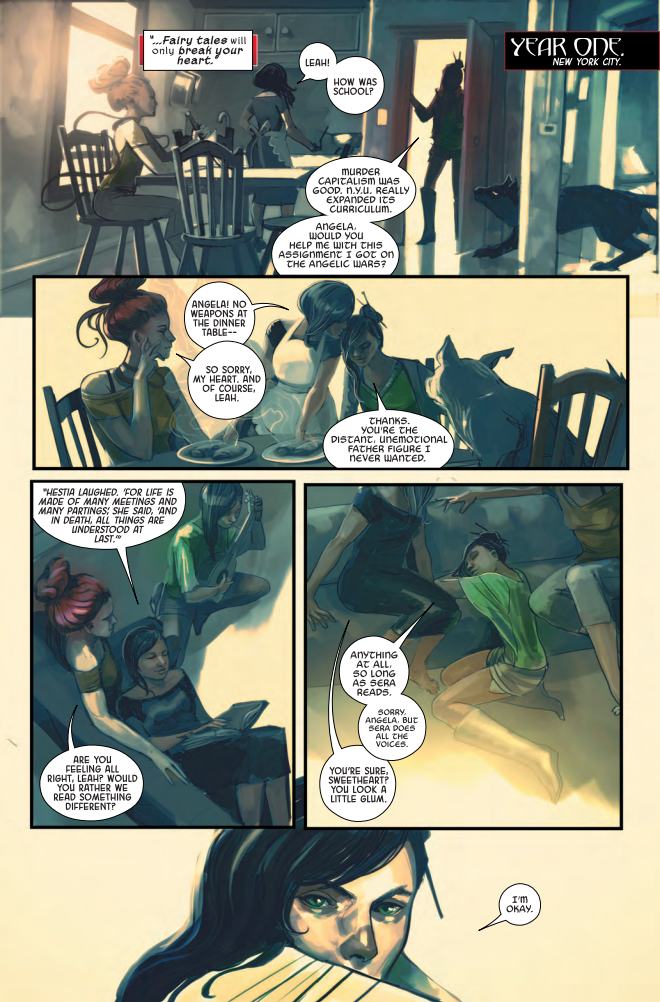