Comicosity is thrilled to host the EXCLUSIVE preview from DC Comics for next week’s Black Lightning: Cold Dead Hands #4. If you’ve been loving the TV show (if? Who hasn’t?), you WANT to read the comic. Trust me.

Scroll down to view the full size preview images and come back next week for an interview with writer Tony Isabella, as well!

Where were you when terror came to Cleveland? It’s open warfare on the city streets as Black Lightning and the police form an uneasy alliance against White Thunder and his murderous flying killers. Lightning’s troubles with the cops are hardly over, and an angry Tobias Whale plots his next move. 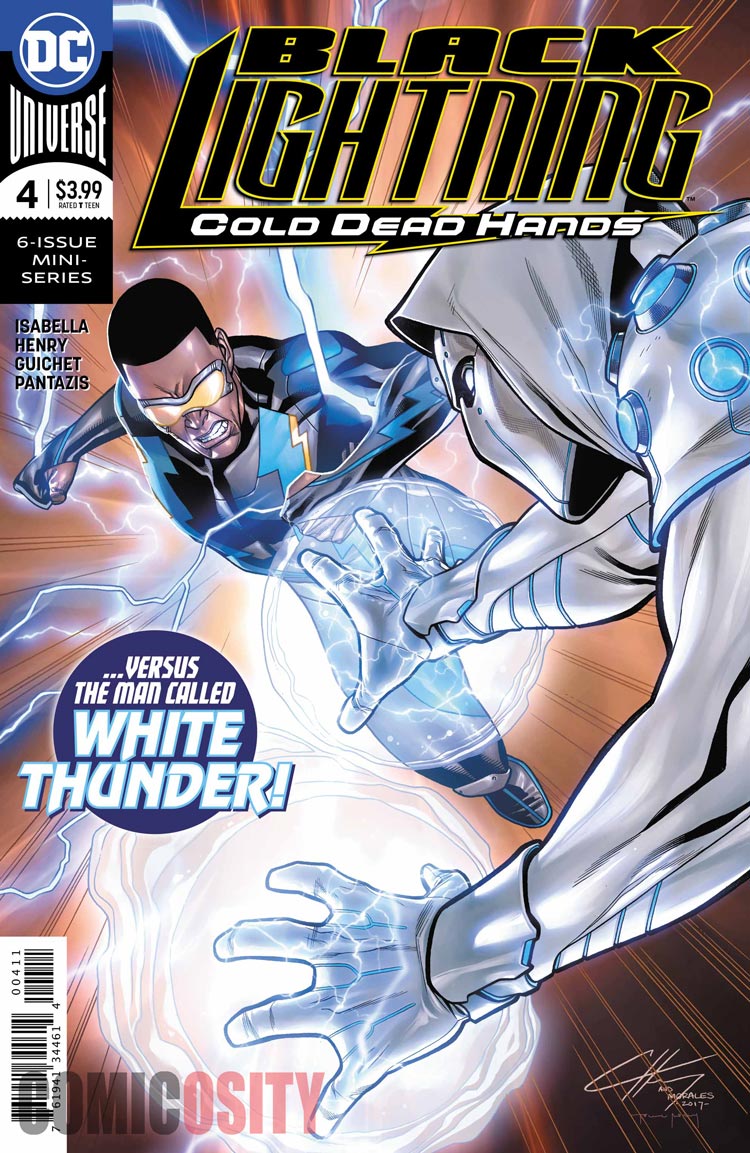 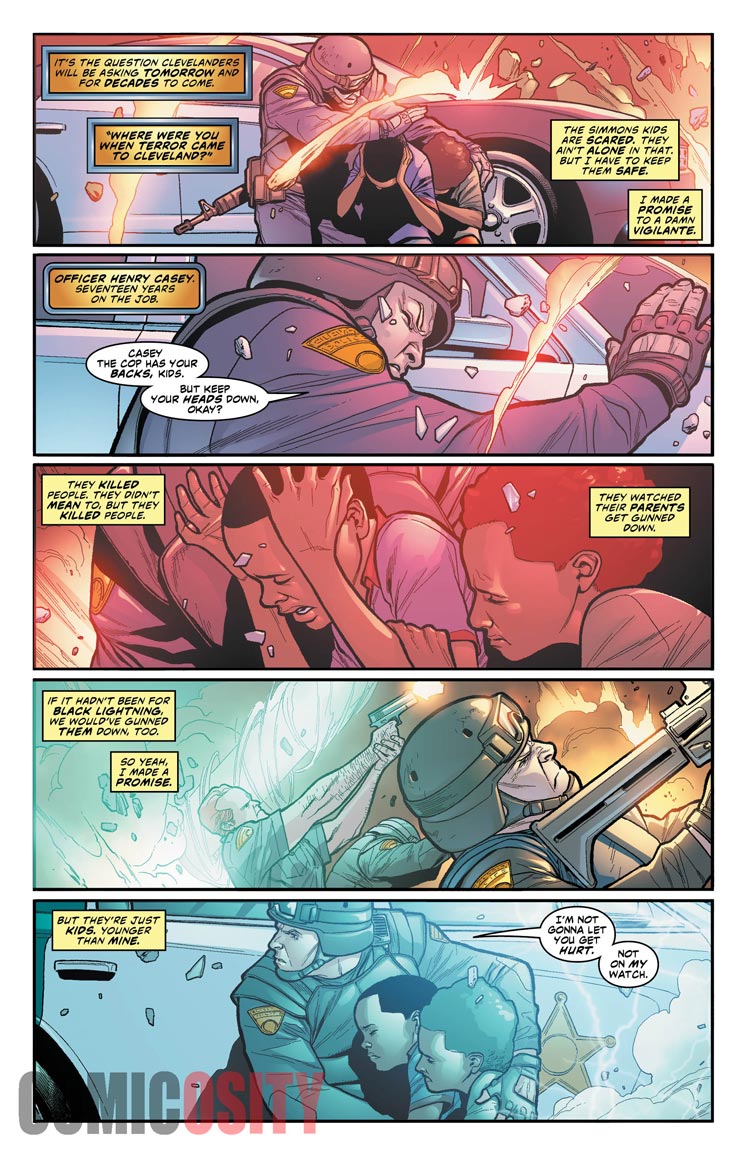 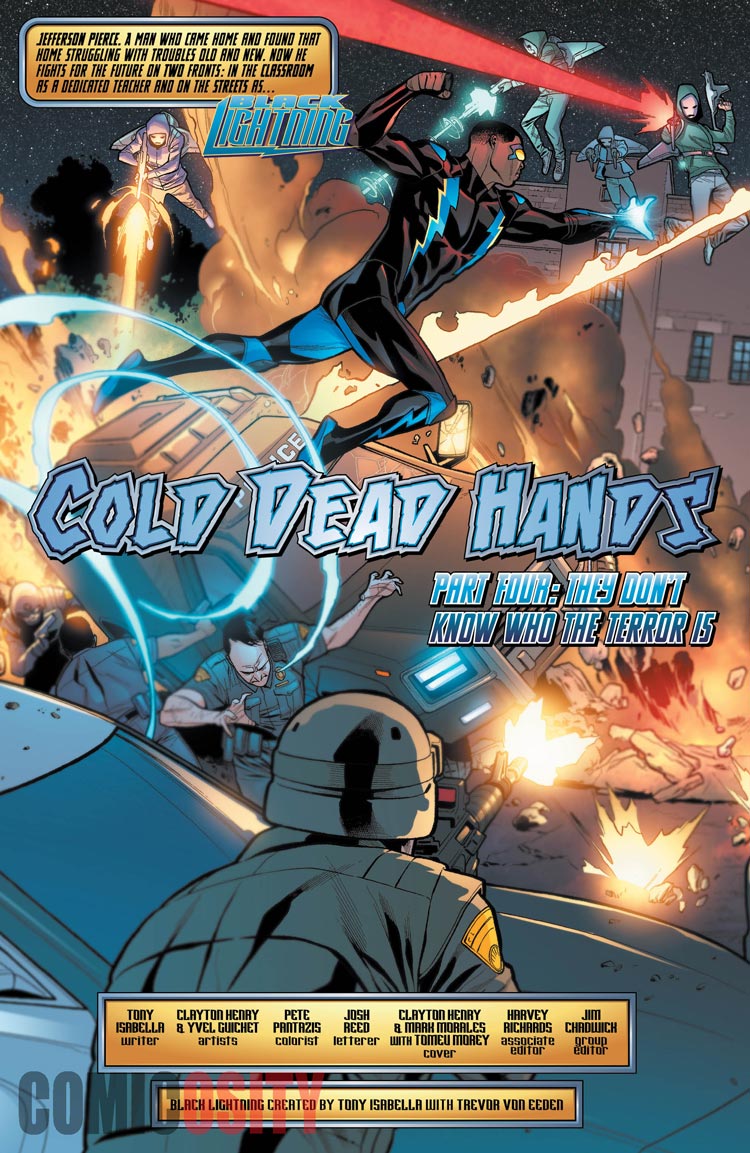 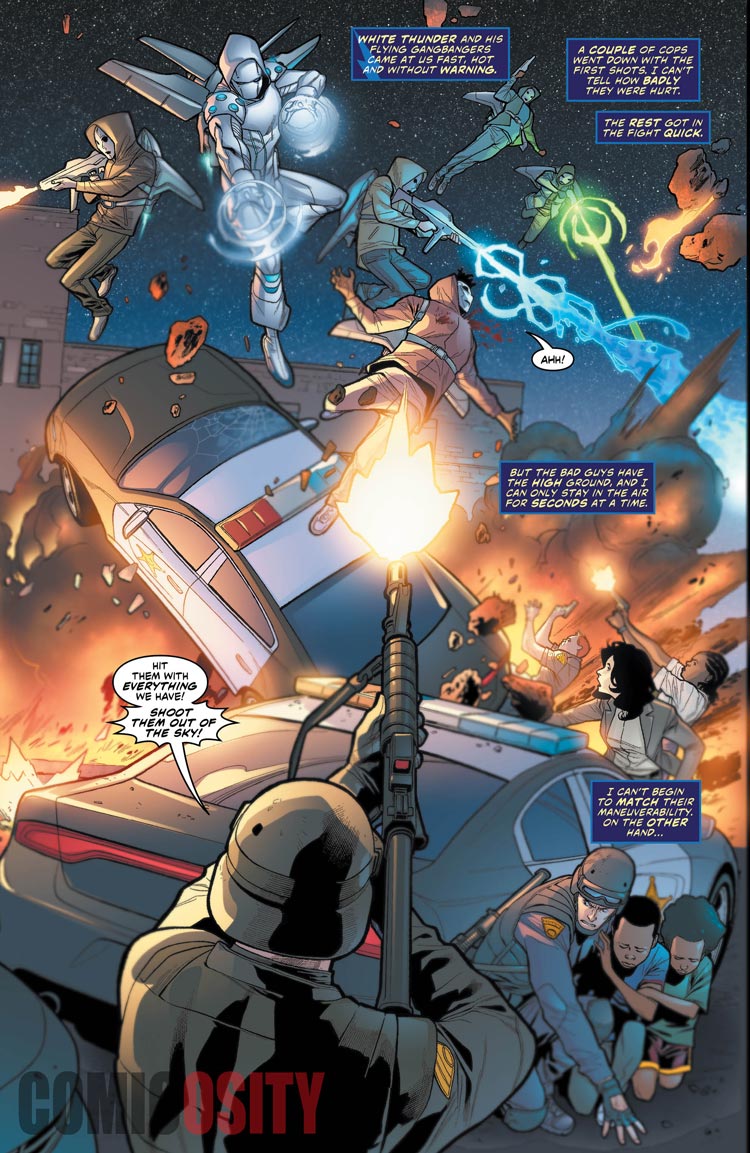 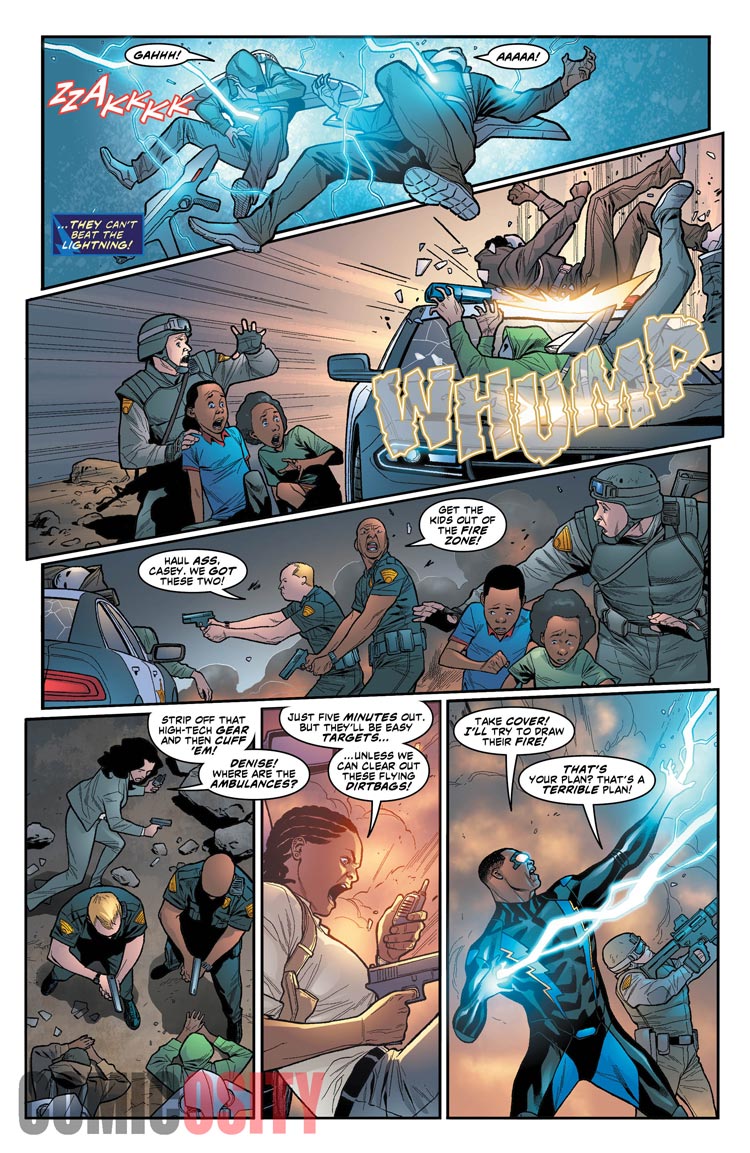 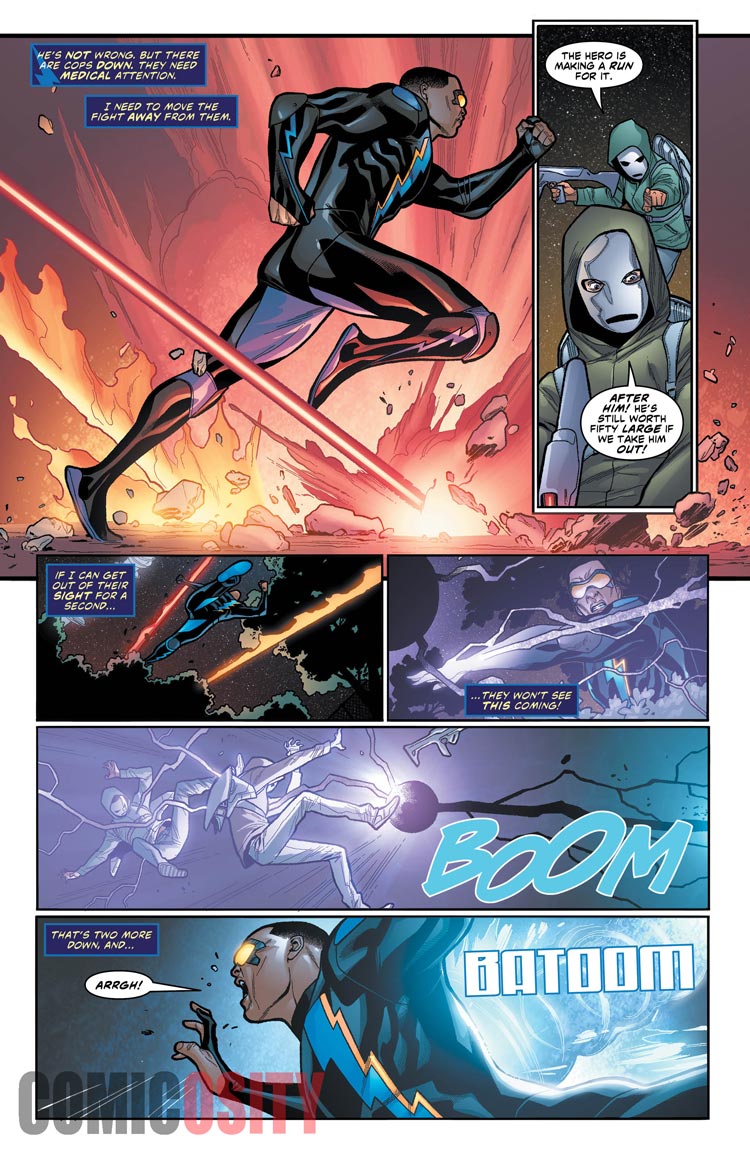 Also, just for funsies, check out the covers for the previous two Black Lightning #4s written by Tony Isabella! Blast from the past, and worth tracking down! 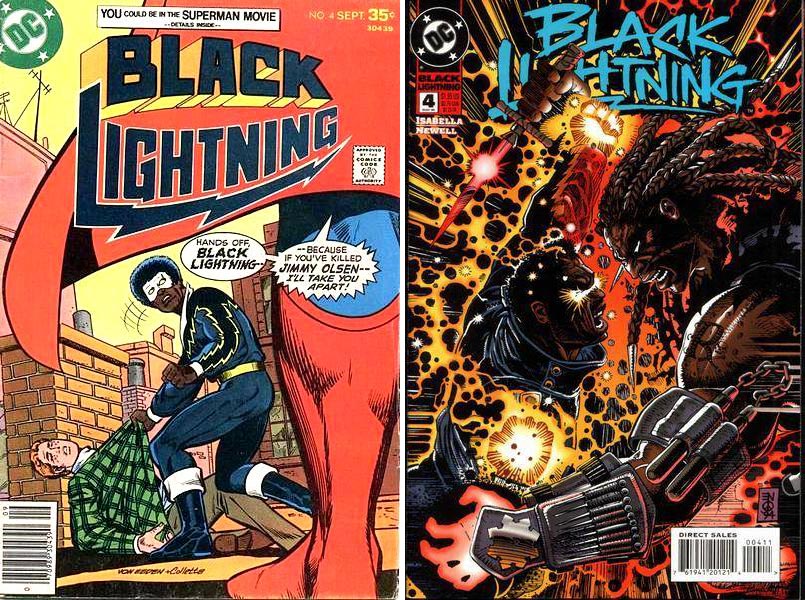