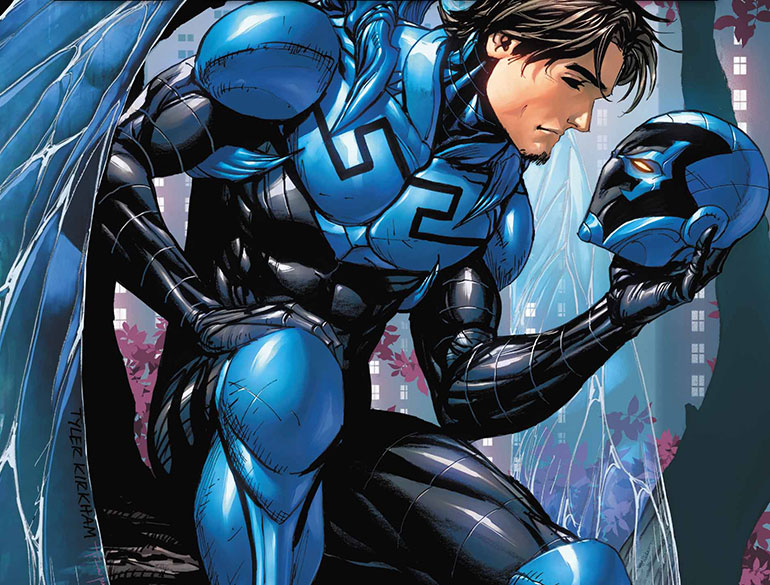 DC Comics has shared its EXCLUSIVE preview with Comicosity for next week’s Blue Beetle #13. Scroll down for full sized preview images.

Blue Beetle unwittingly accompanies Teri Magnus—the Flash of the 31st century—into the future. It’s not a journey he wants to take, but it’s one that will unravel some mysteries—like why Teri’s been living in present day El Paso and working for Ted Kord. Plus, Jaime learns a shocking secret about someone in his own life! 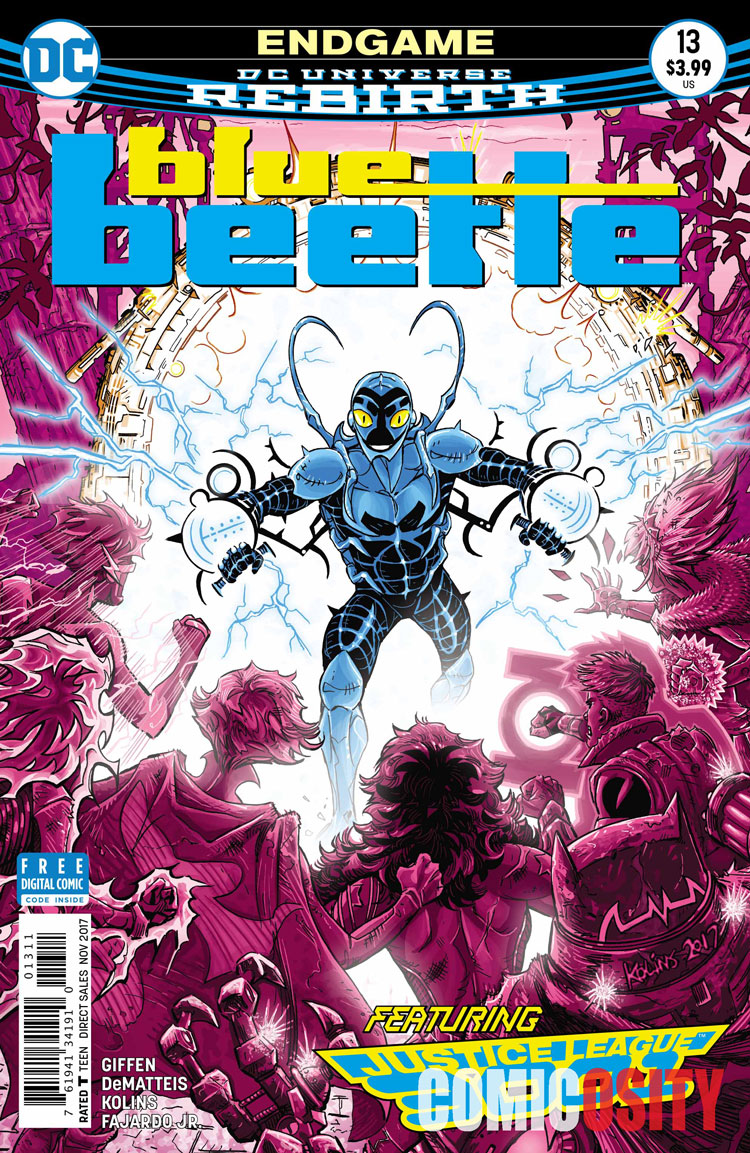 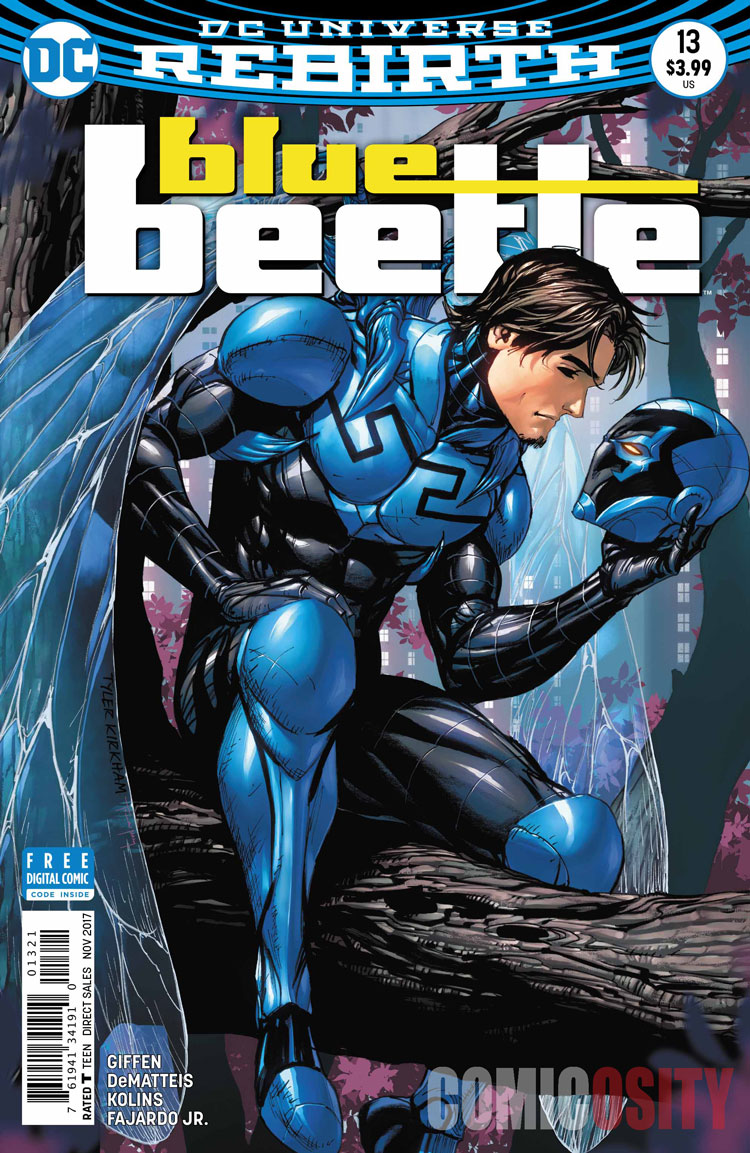 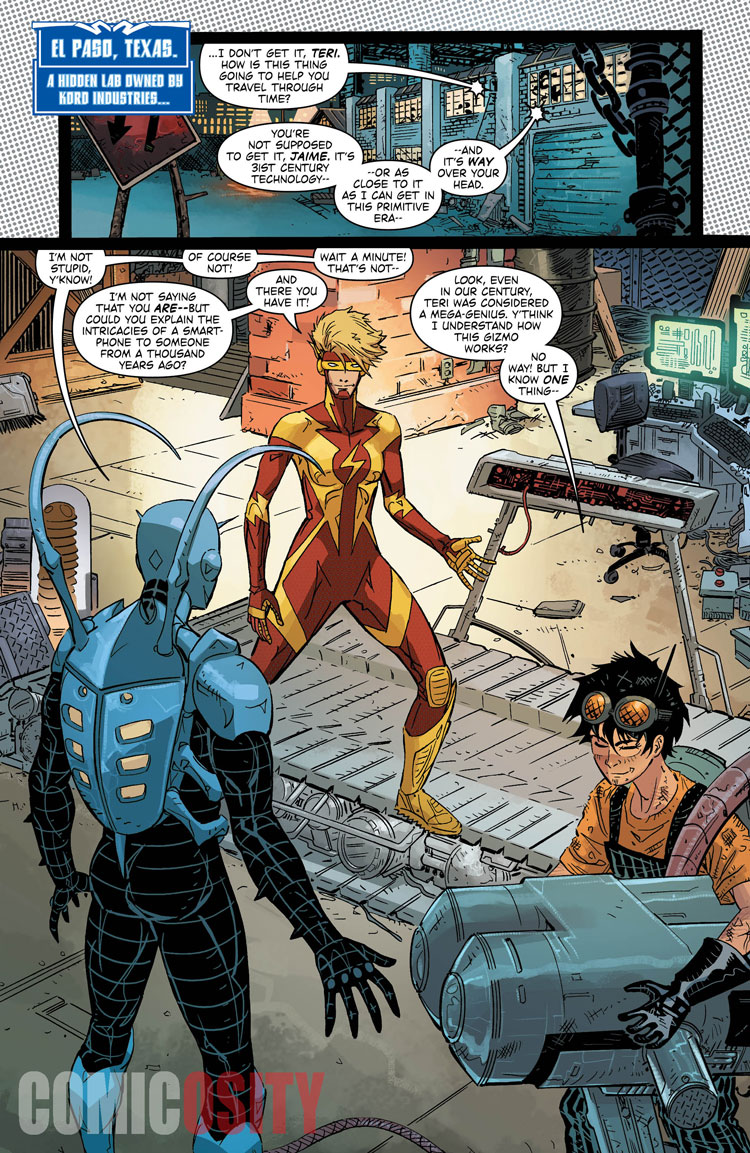 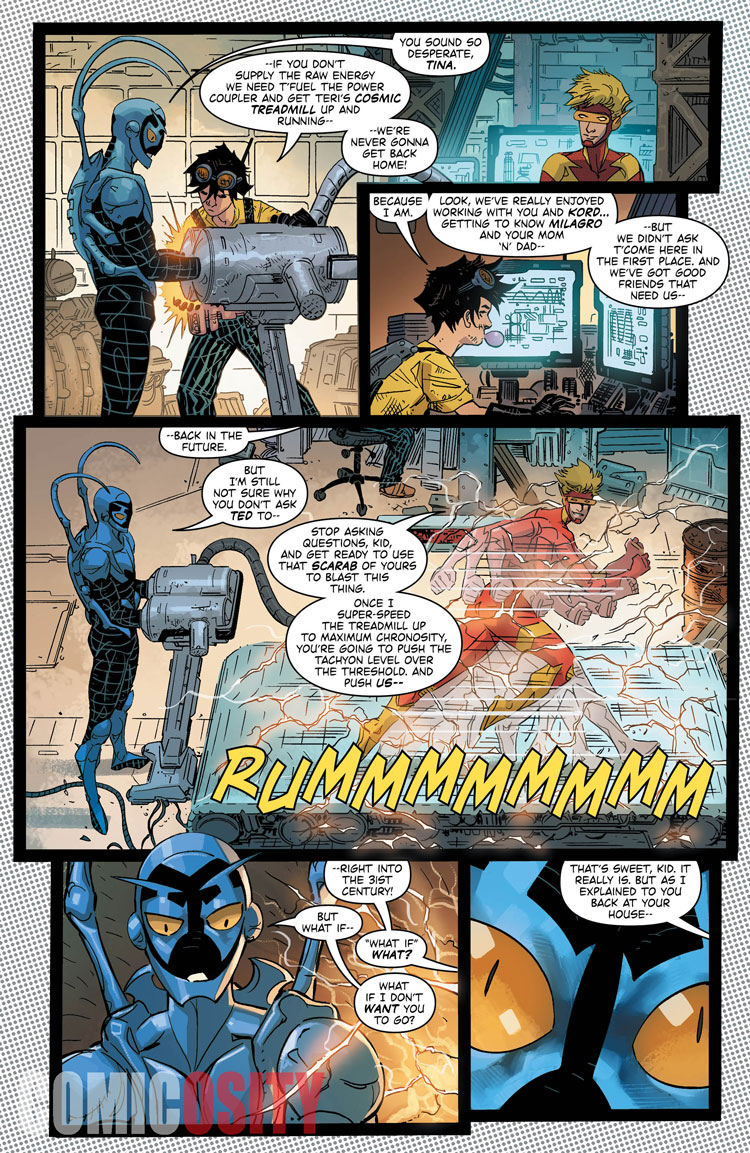 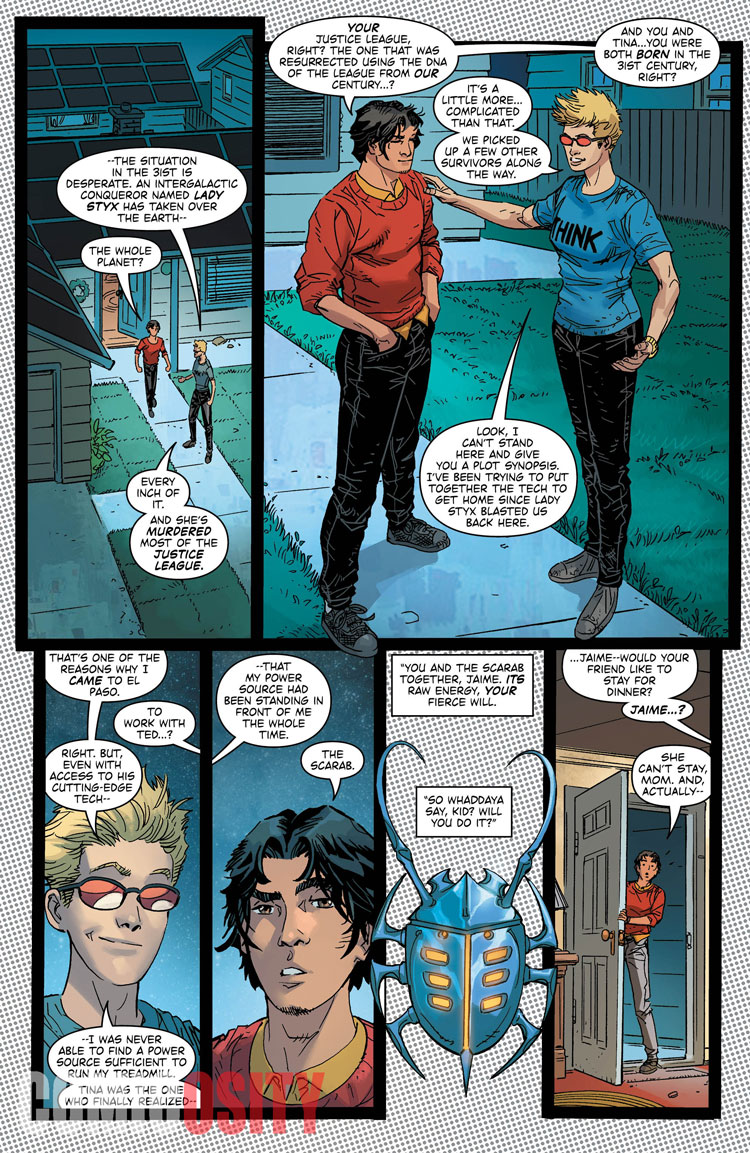 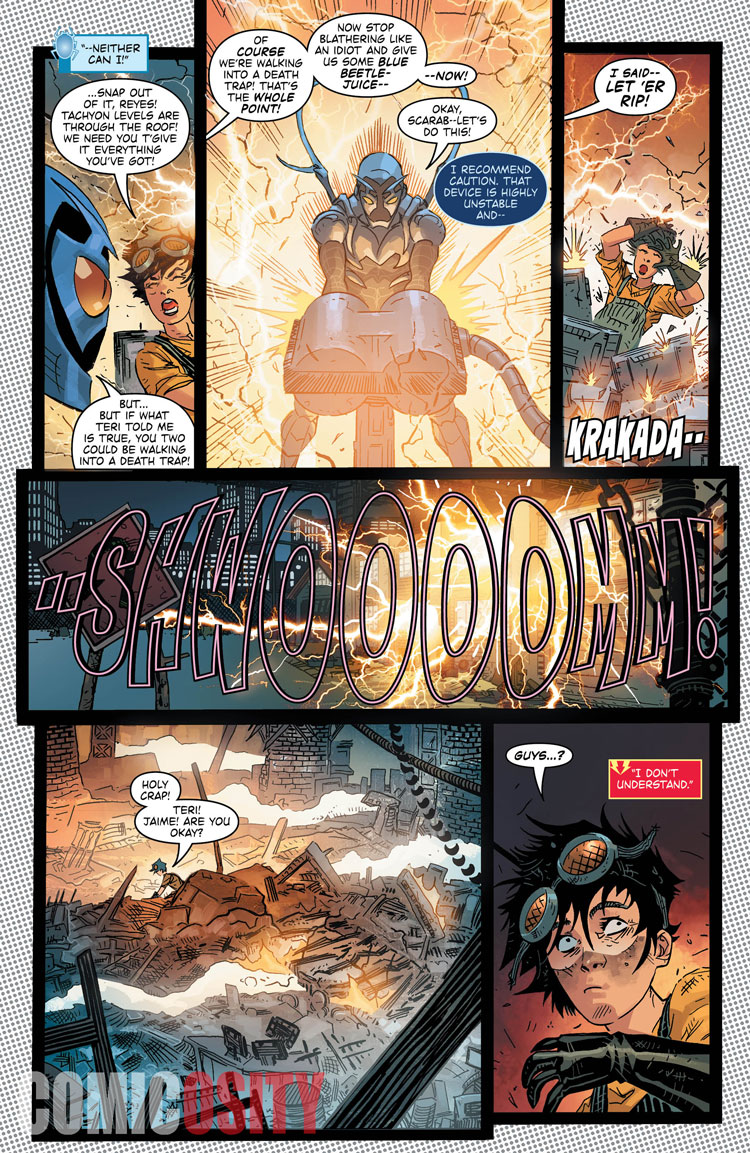 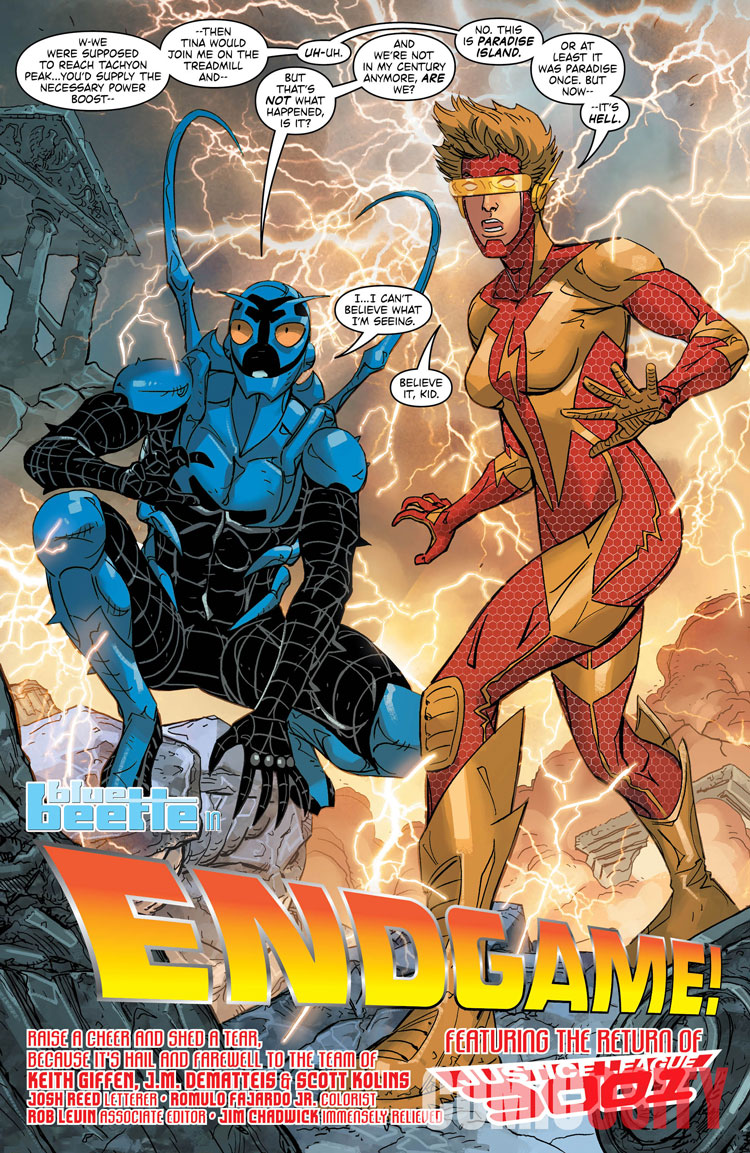