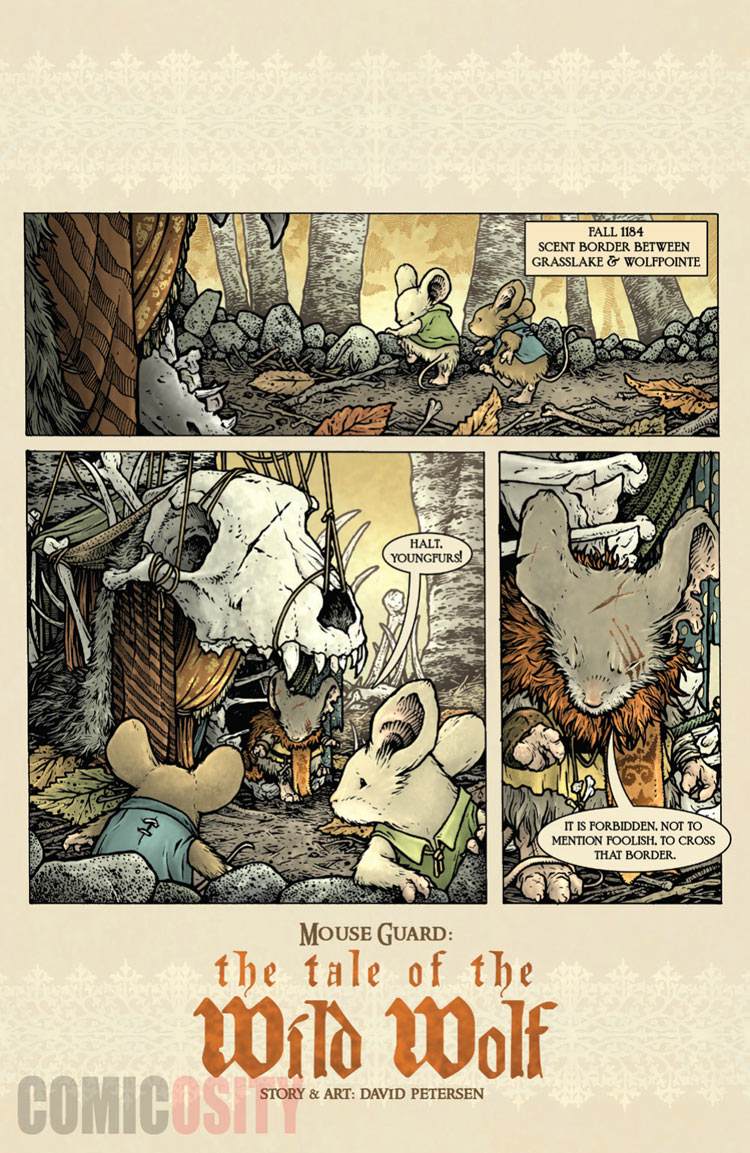 BOOM! Studios has given Comicosity and exclusive look at David Petersen’s Mouse Guard story from the BOOM! Studios 2017 Summer Blast, available on Free Comic Book Day. Petersen has this to say about the story:

What is “The Tale of the Wild Wolf” about?

DAVID PETERSEN: Like my past Mouse Guard FCBD stories, this one is a short morality tale. A tale within a tale where a character from the main Mouse Guard series shares or receives a life lesson. “The Tale of the Wild Wolf” is about responsibility when facing obstacles. Certainly there are times when the overwhelming challenge must be met, but there are other times when you must know your limits and weigh the cost of an impossible victory.

This story features a Guardmouse named Bastian. Is he named after…

PETERSEN: Yes! Bastian is named after my very good friend Jeremy Bastian who is the creator of Cursed Pirate Girl. We have been friends for over a decade, and we’ve consistently encouraged and challenged each other to get comics made, so he’s been there for the development of Mouse Guard since the beginning. It seemed only right to name a Guardhouse after him. He’s appeared in Winter 1152and the Mouse Guard RPG, but as I plan to have him featured in my next arc, The Weasel War of 1149, I thought this FCBD issue was a good place to give some background context for the readers. Jeremy himself was excited that Bastian is getting more page-time, and he told me, “This is going to be your best Free Comic Book Day story yet!” 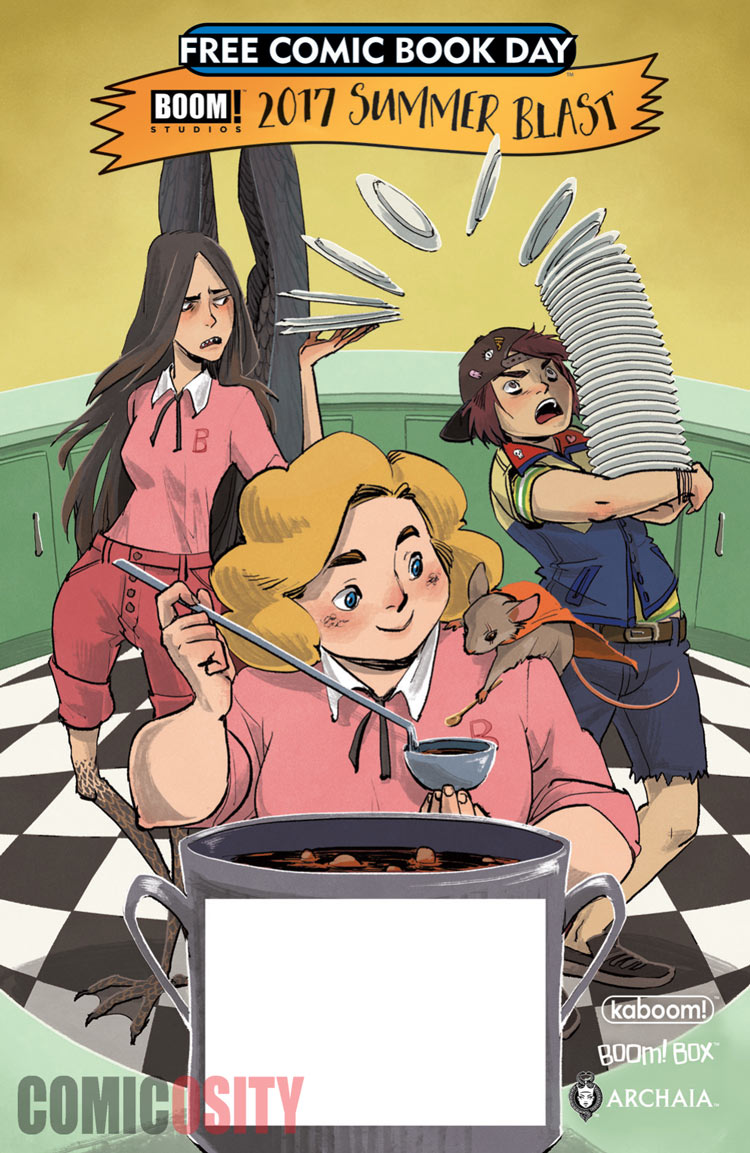 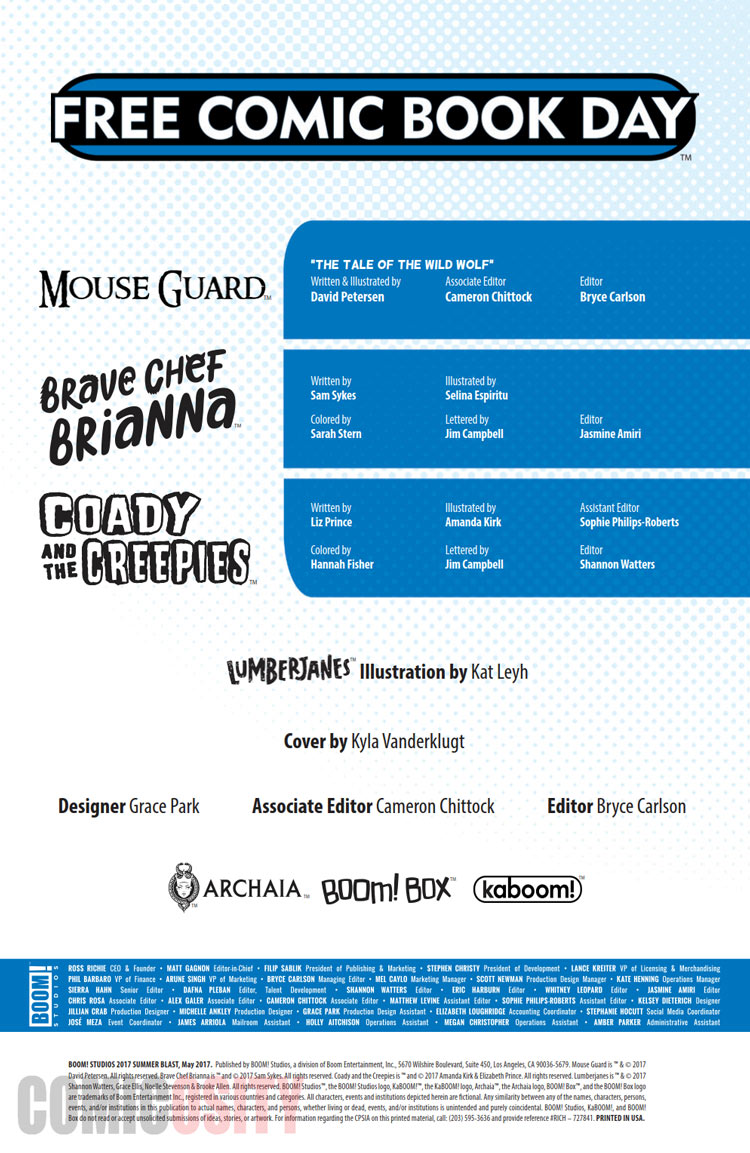 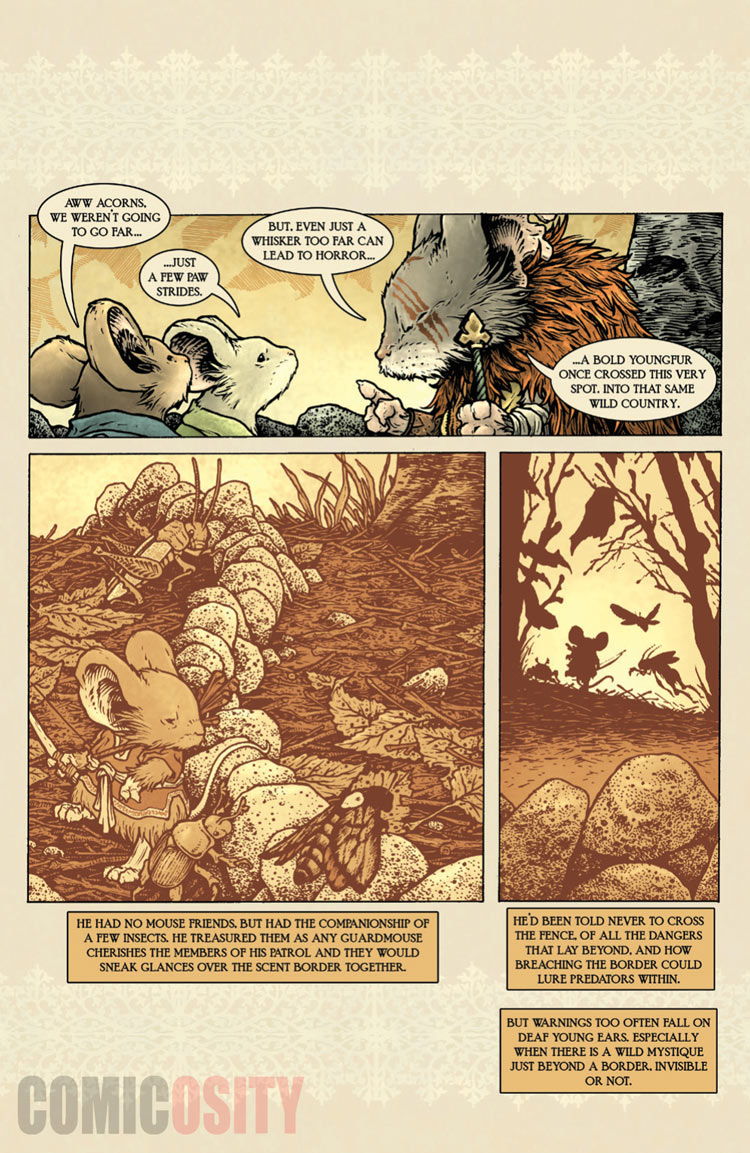 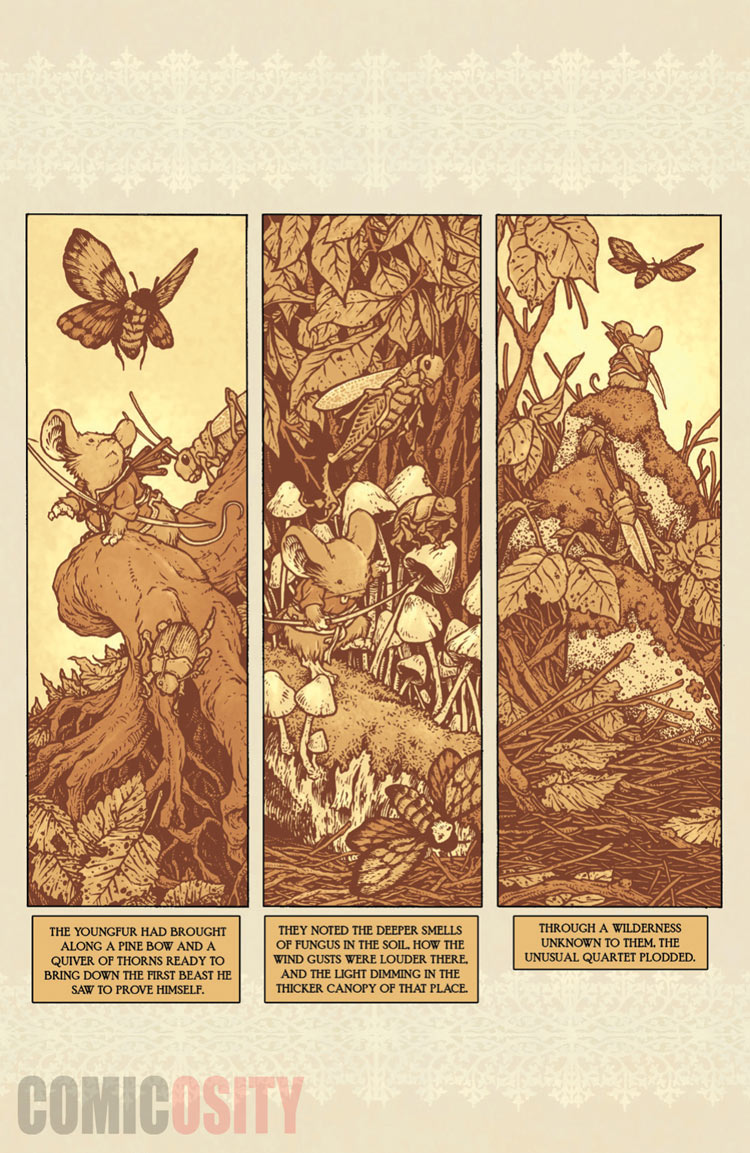 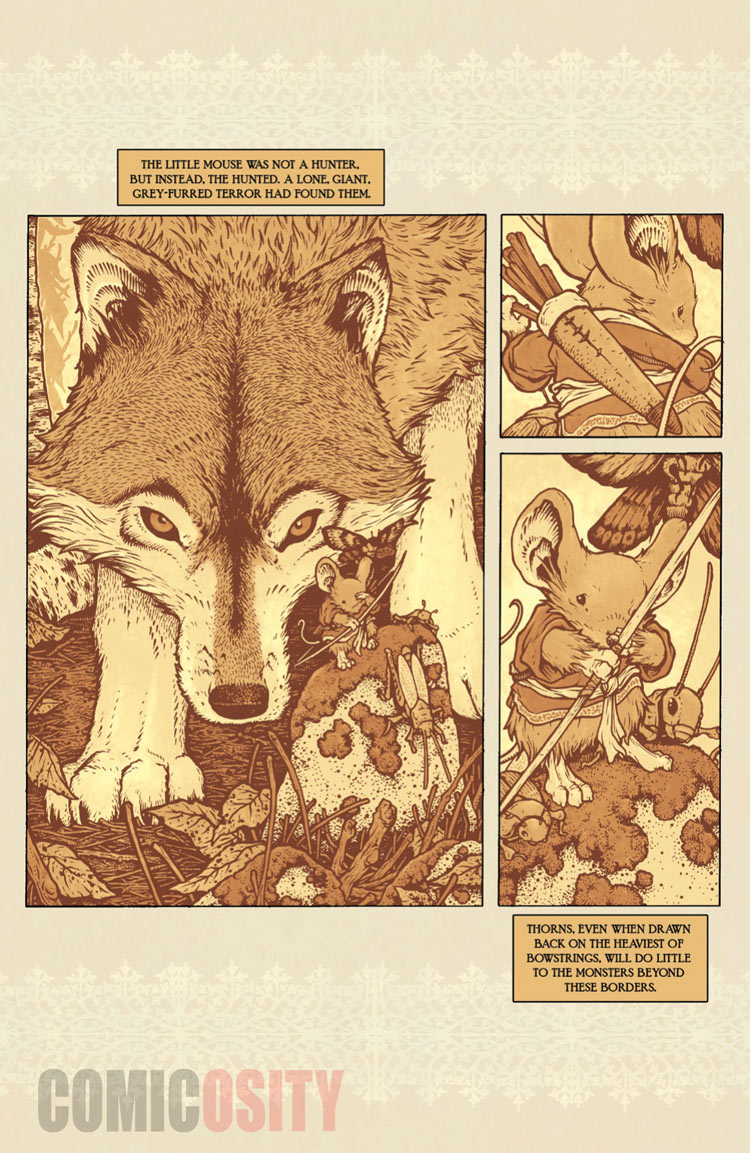