Marvel Comics has shared its EXCLUSIVE preview for next week’s Unbeatable Squirrel Girl #24. Scroll down to view the full size preview images.

Squirrel Girl, Nancy and Tippy are trapped in the Savage Land! Good thing there’re only regular dinosaurs there and not, for example, a giant metal killer-dinosaur version of Ultron instead!!

Sorry, I’m just getting word that there is, in fact, a giant metal killer-dinosaur version of Ultron here, and Squirrel Girl needs to stop him before he takes over the world – a task that has regularly bested many other super heroes, including the Avengers themselves!

And it’s not just any Ultron, but a new and improved Ultron with an extremely dangerous (and, we must admit, extremely awesome) Tyrannosaurus rex bod!

Oh, also Kraven the Hunter is in this issue too, so if you love dinosaurs, robots AND men in lion vests, boy howdy have we got a comic book for you! 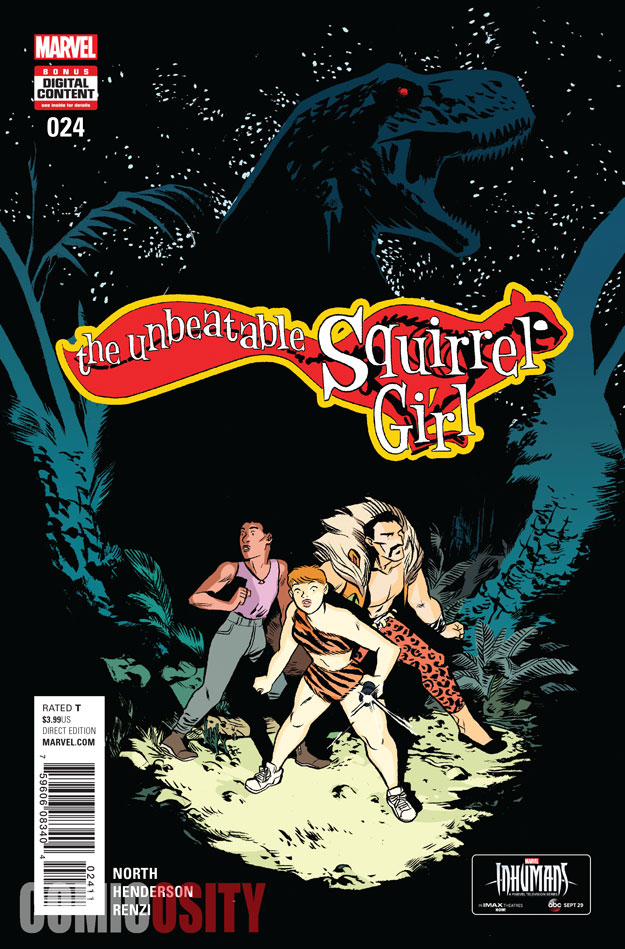 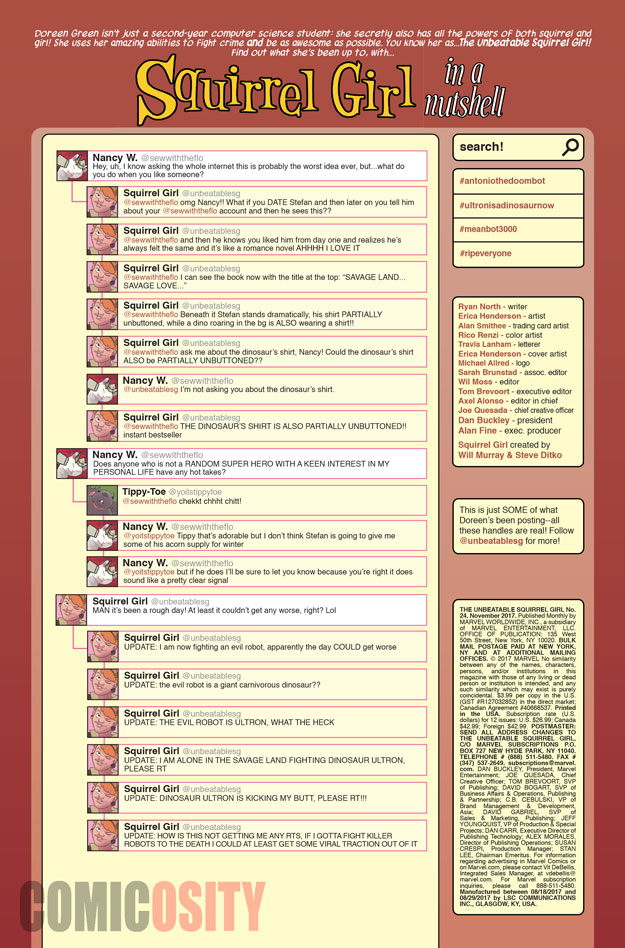 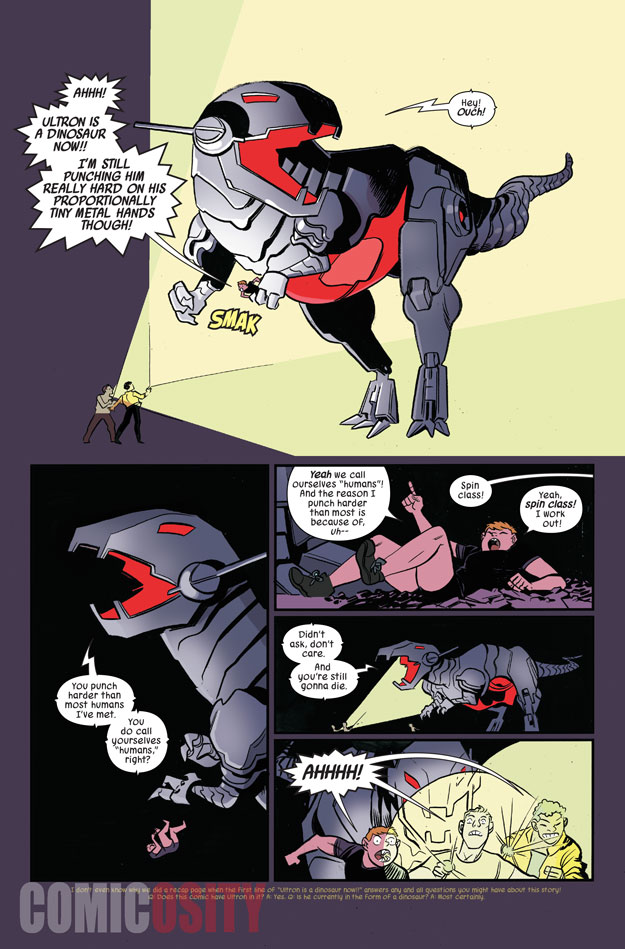 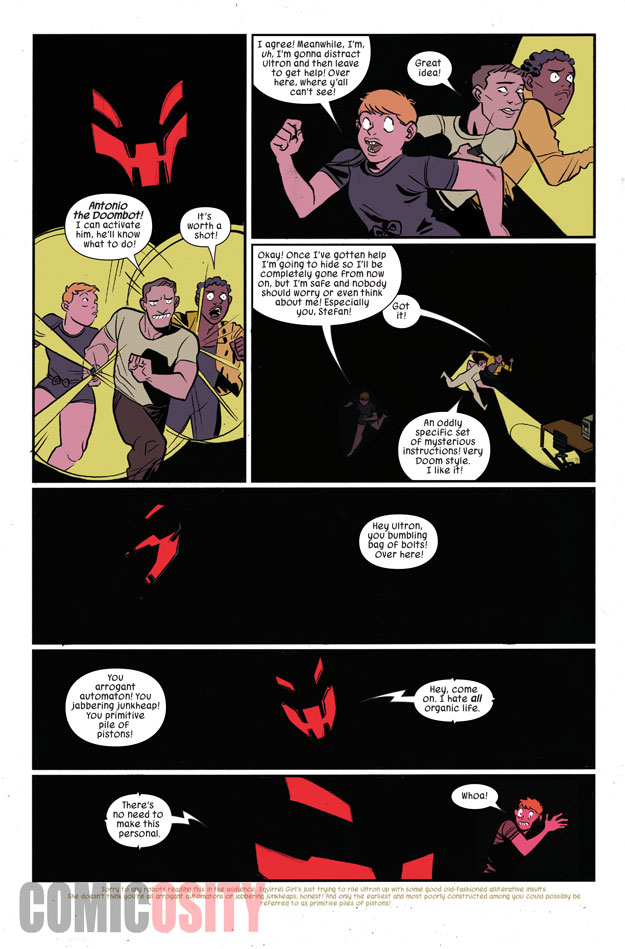 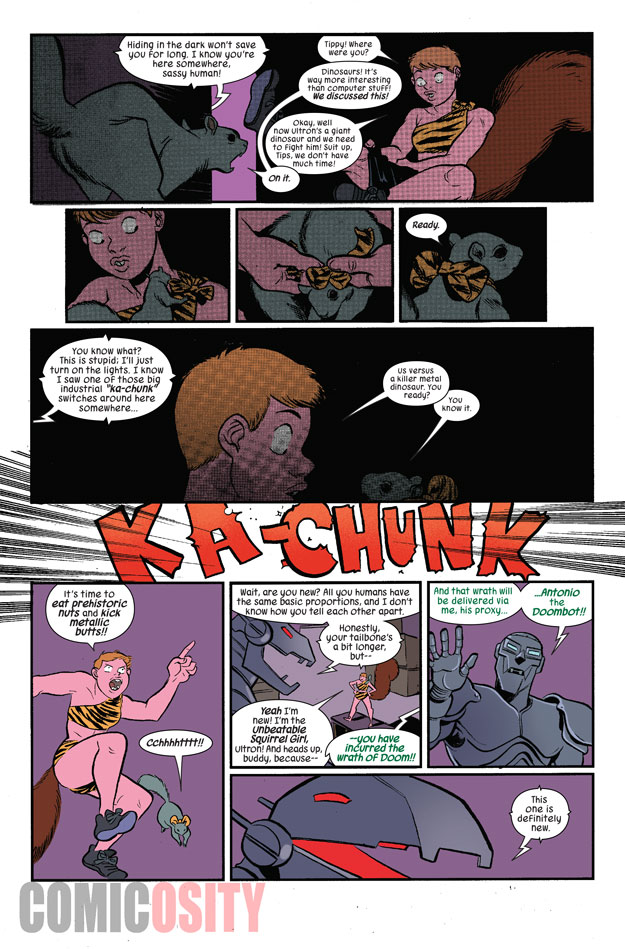