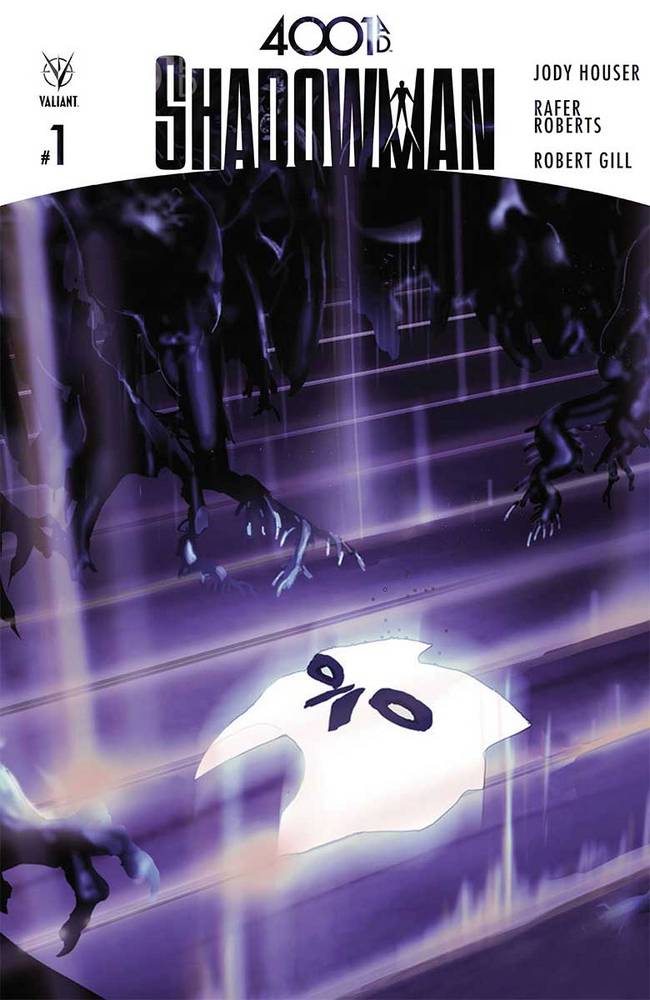 As Rai’s rebellion against New Japan rages in the heavens above…a new Shadowman will rise to deliver justice to civilization’s darkest reaches in our world and the next!

Valiant is proud to present your first look inside 4001 A.D.: SHADOWMAN #1 – a haunting new adventure bursting from the most ambitious comics event of the year and into an essential, standalone one-shot from rising stars Jody Houser (FAITH) and Rafer Roberts (A&A: THE ADVENTURES OF ARCHER & ARMSTRONG) and acclaimed artist Robert Gill (BOOK OF DEATH)! On July 6th, a blood sacrifice is made, a war looms, and the Deadsids rises…as the mantle of Shadowman passes to one of Earth’s forsaken children in the ravaged world of the 41st century!

In the synapse-shattering world of the future, witness the dawn of the dead’s greatest hero and the fate of a young girl who may be humanity’s only hope! As Rai leads a revolutionary insurrection against the forces of New Japan, the legendary hero called Shadowman returns to fight another day in the year 4001 A.D.!

On July 6th, a shadow looms over “THE SUMMER OF 4001 A.D.” as Jody Houser, Rafer Roberts, and Robert Gill reveal the haunting future of the Deadside today! Featuring covers by Travel Foreman (Animal Man), Meghan Hetrick (Joker’s Daughter), and Ryan Lee (Inhuman), jump on board the next self-contained entry-point to Valiant’s blockbuster summer event right here, only in 4001 A.D.: SHADOWMAN #1!

Encompassing the core 4001 A.D. event series, the return of Valiant’s acclaimed RAI ongoing series, and four all-new one-shots revealing the future incarnations of the Valiant Universe’s most iconic heroes, “THE SUMMER OF 4001 A.D.” is the biggest and most visionary Valiant event to date – and a perfect introduction to the largest independent superhero universe in comics today.

It all starts in 4001 A.D. #1 (of 4) – the FIRST ISSUE of the all-new, standalone event series following Rai and the 41st century’s most formidable heroes into the fight against New Japan from New York Times best-selling writer Matt Kindt (DIVINITY II) and superstar artists Clayton Crain (Carnage) and David Mack (Daredevil)!

Then, “THE SUMMER OF 4001 A.D.” explodes with the return of Rai’s award-winning ongoing series in RAI #13 – the FIRST ISSUE of an ALL-NEW JUMPING-ON POINT revealing the origin of New Japan and its very first guardian! Discover the essential history behind the dawn of 4001 A.D. here as New York Times best-selling writer Matt Kindt (NINJAK) and acclaimed artist CAFU (UNITY) unearth the answers behind Father’s tyrannical rise to power. How did New Japan come to orbit Earth? Who created Father? And just what is Rai’s true nature…and what happened to his nine earlier predecessors that once patrolled New Japan in his stead? Discover the shocking answers as RAI #13 returns to set the events of 4001 A.D. in motion – and reveals the epic arc of the Valiant Universe’s future history!

Plus: “THE SUMMER OF 4001 A.D.” escalates even further as a staggering cast of superstar talents come aboard to reveal what the 41st century holds for Valiant’s most iconic heroes in a new series of four indispensable one-shots! Featuring X-O Manowar, Bloodshot, Shadowman, and the debut of an all-new, top-secret character with a crucial tie to the present and future of the Valiant Universe, “THE SUMMER OF 4001 A.D.” erupts into full force here with four new chapters from Valiant’s most acclaimed creators, ripped directly from the pages of 4001 A.D.:
4001 A.D.: X-O MANOWAR #1
Written by Robert Venditti (BOOK OF DEATH); Art by Clayton Henry (HARBINGER WARS)
On Sale Now!

Each chapter of “THE SUMMER OF THE 4001 A.D.” is designed for maximum accessibility and can be read in concert with the core 4001 A.D. series or stand on its own for a centuries-spanning vision of the future. 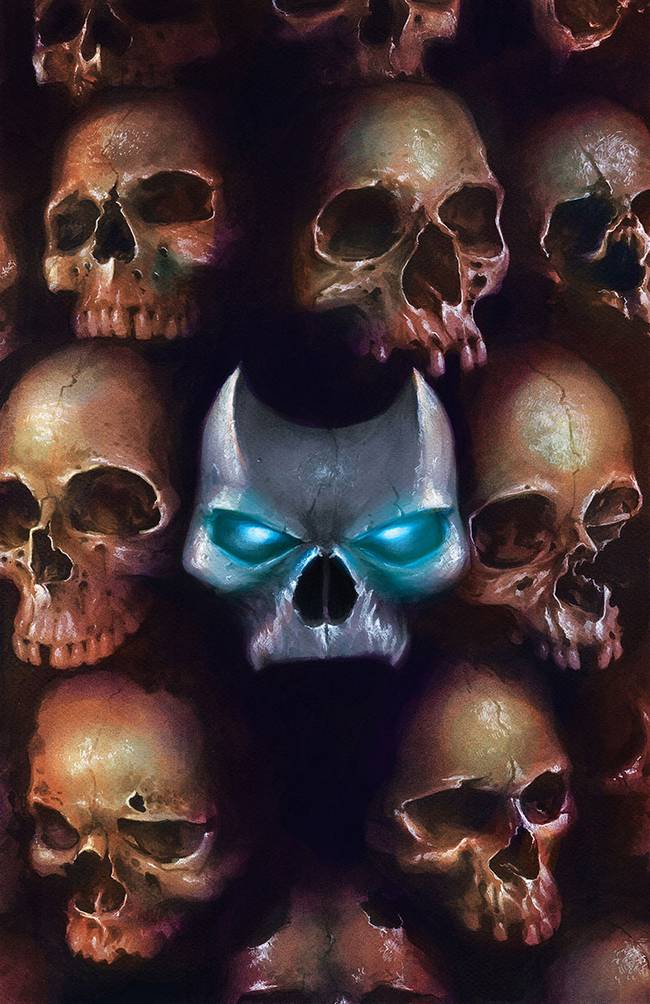 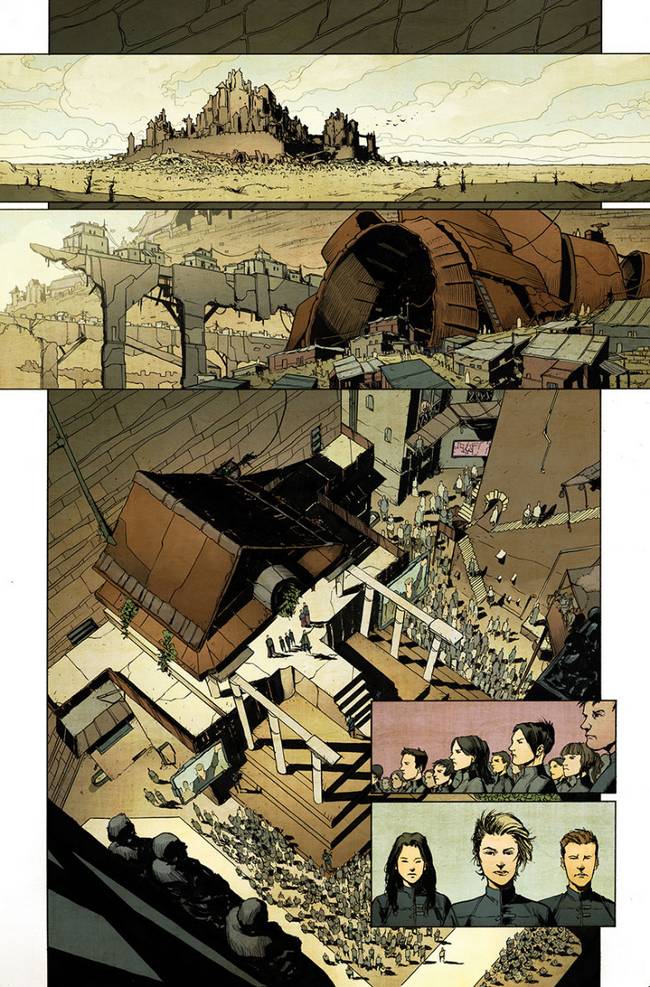 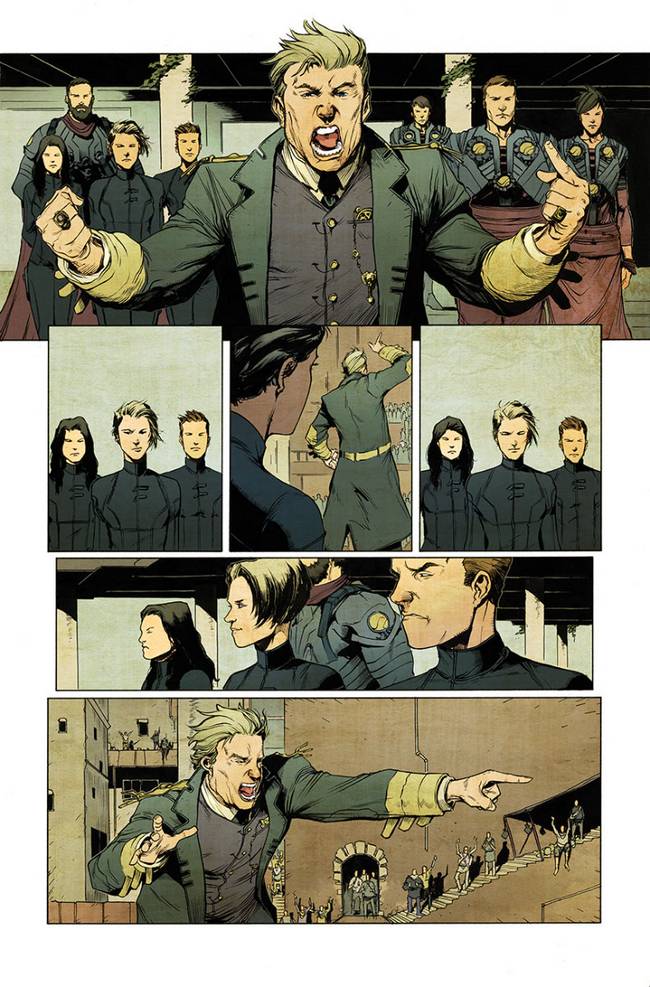 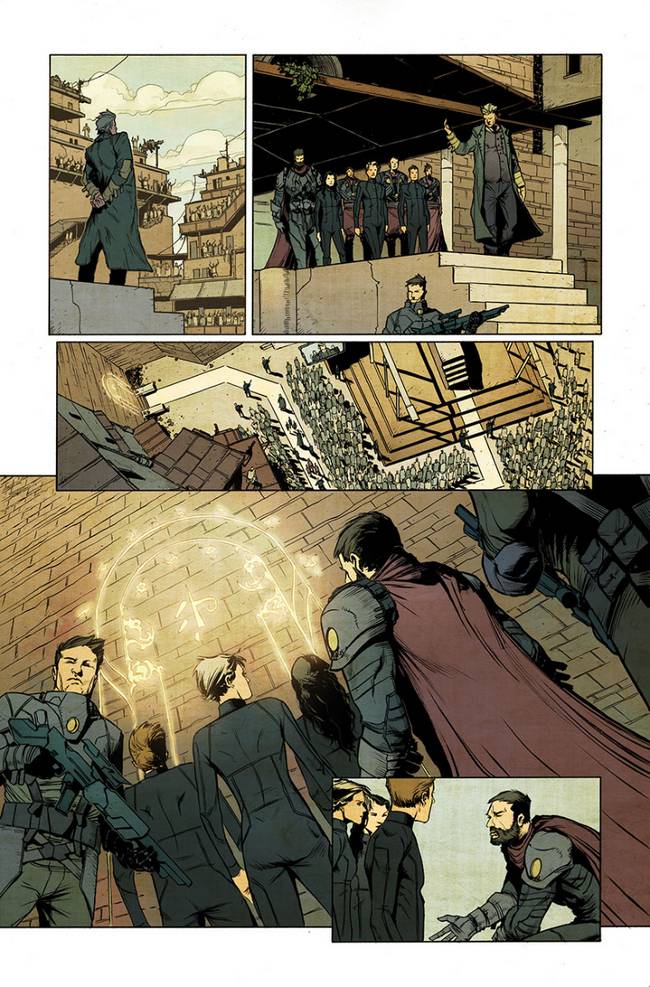 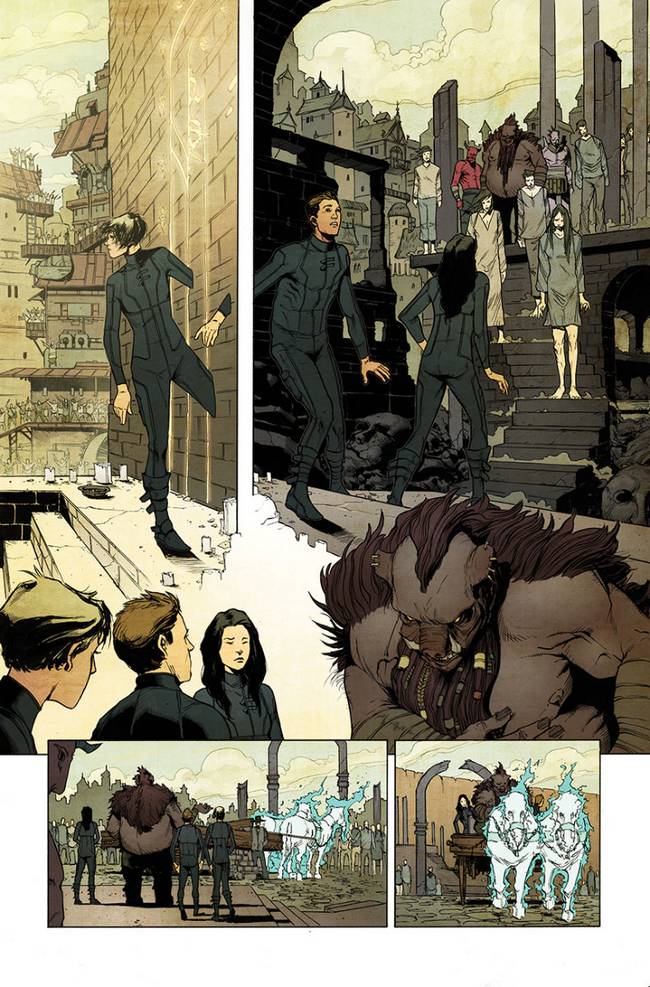 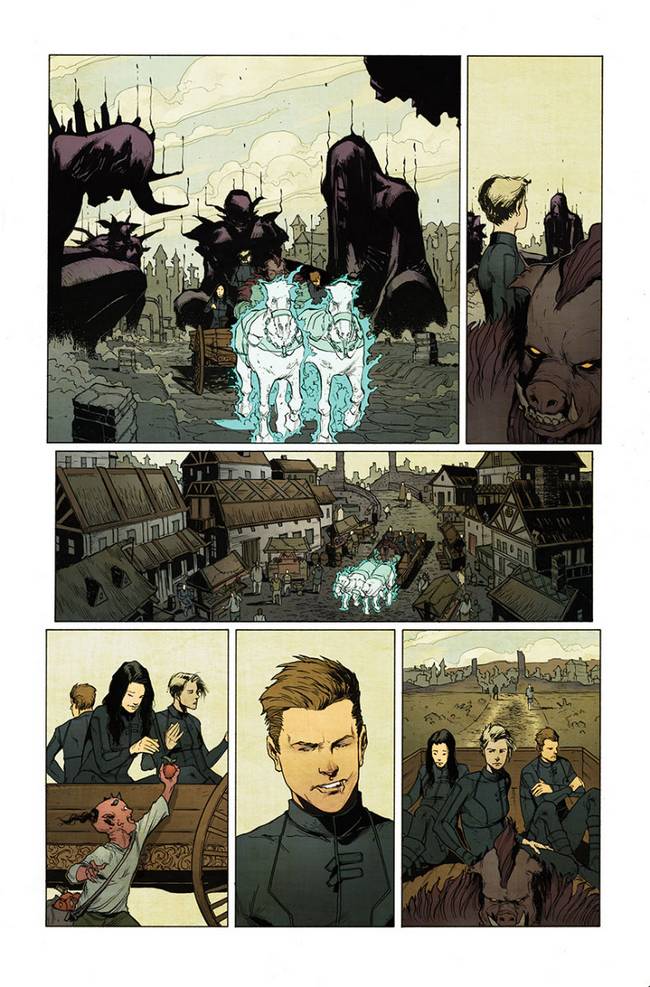 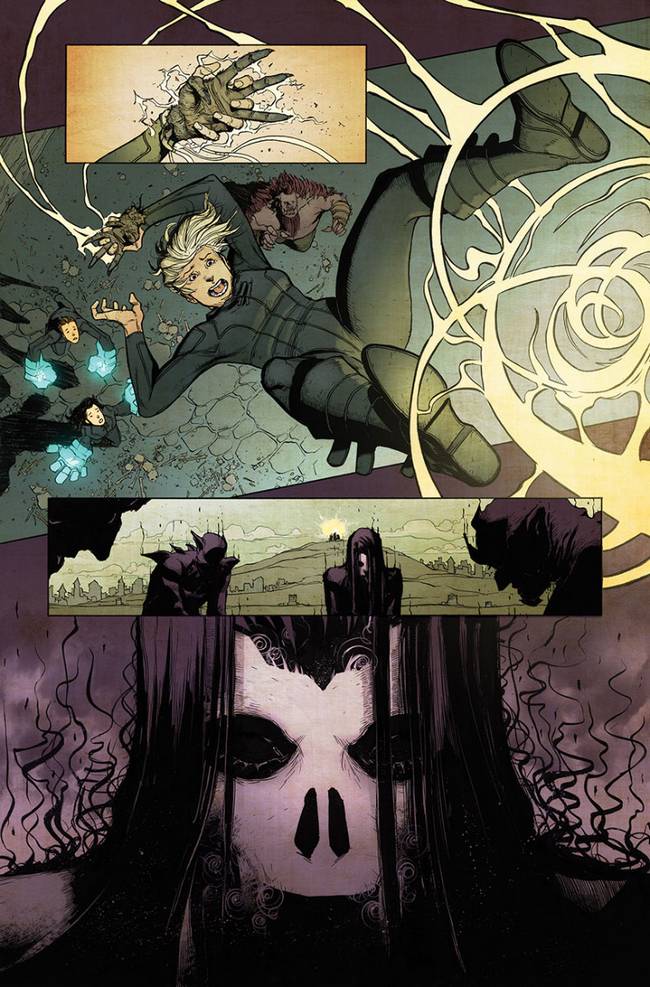