The story of the Land of Ooo continues on exclusively in comic book form this October from the writing duo of Eisner Award-winner Sonny Liew (The Art of Charlie Hock Chye) and Ted Anderson (My Little Pony), along with artist Marina Julia (Lumberjanes: Faire and Square). In the aftermath of The Great Gum War, it’s up to Finn, Jake and the entire land of Ooo begin to pick up the pieces with some new and unexpected friends. BOOM! Studios has been publishing the New York Times bestselling Adventure Time comic books and graphic novels through their KaBOOM! imprint for middle grade readers since 2012 and been honored with Eisner, Harvey, and Diamond Gem Awards for the series.

A modern day fable, the Emmy® Award–winning animated series Adventure Timehas become a global success since its premiere in 2010, attracting adult and kid viewers in their millions over the course of 10 seasons. It follows unlikely heroes Finn and Jake, buddies who traverse the mystical Land of Ooo and encounter its colorful inhabitants. The best of friends, our heroes always find themselves in the middle of heart-pounding escapades. Finn, a silly kid with an awesome hat and Jake, a brassy dog with a big kind heart, depend on each other through thick and thin. Adventure Time is created by Pendleton Ward and produced at Cartoon Network Studios.

“We are thrilled to continue the Adventure Time story with a new season exclusively in comic book form,” said Whitney Leopard, Editor, BOOM! Studios. “Finn, Jake and the whole gang have an exciting new journey in front of them, full of all the thrills, surprises and excitement you’ve come to love in the Land of Ooo.”

ADVENTURE TIME SEASON 11 is the latest release from BOOM! Studios’ award-winning KaBOOM! imprint, home to comics for middle grade and younger readers including licensed series such as Over The Garden Wall, Regular Show, Steven Universe, Peanuts, and Garfield, along with original series like Mega Princess by Kelly Thompson and  Brianne Drouhard, Bodie Troll by Jay Fosgitt, Ruinworld by Derek Laufman, and The Deep by Tom Taylor and James Brouwer.

For continuing news on ADVENTURE TIME SEASON 11 and more from BOOM! Studios,  stay tuned to www.boom-studios.com and follow @boomstudios on Twitter 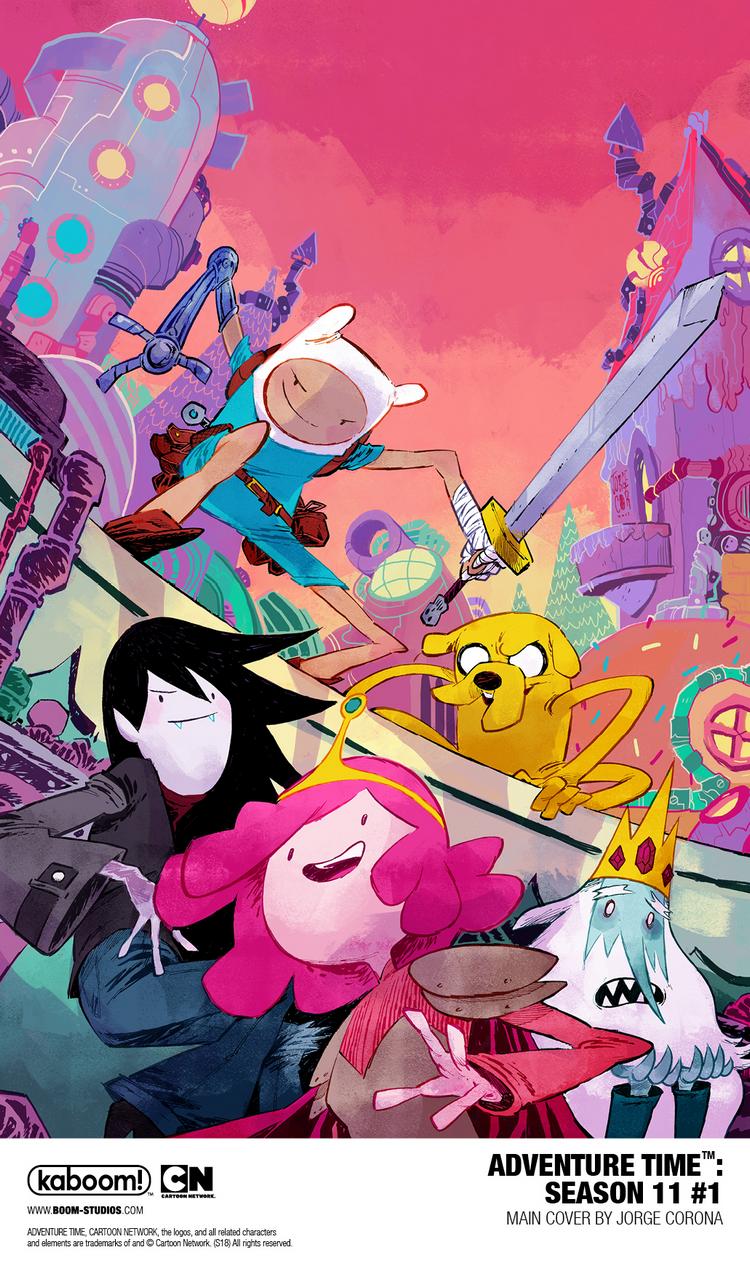 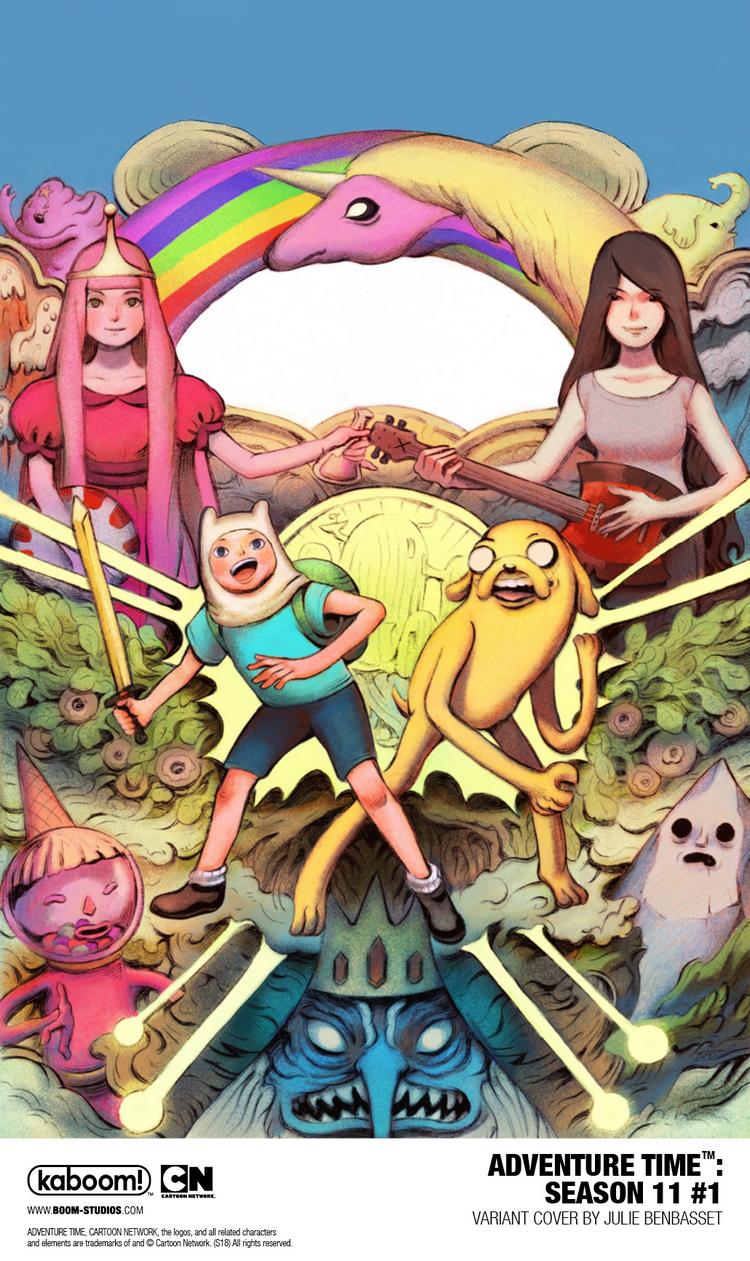 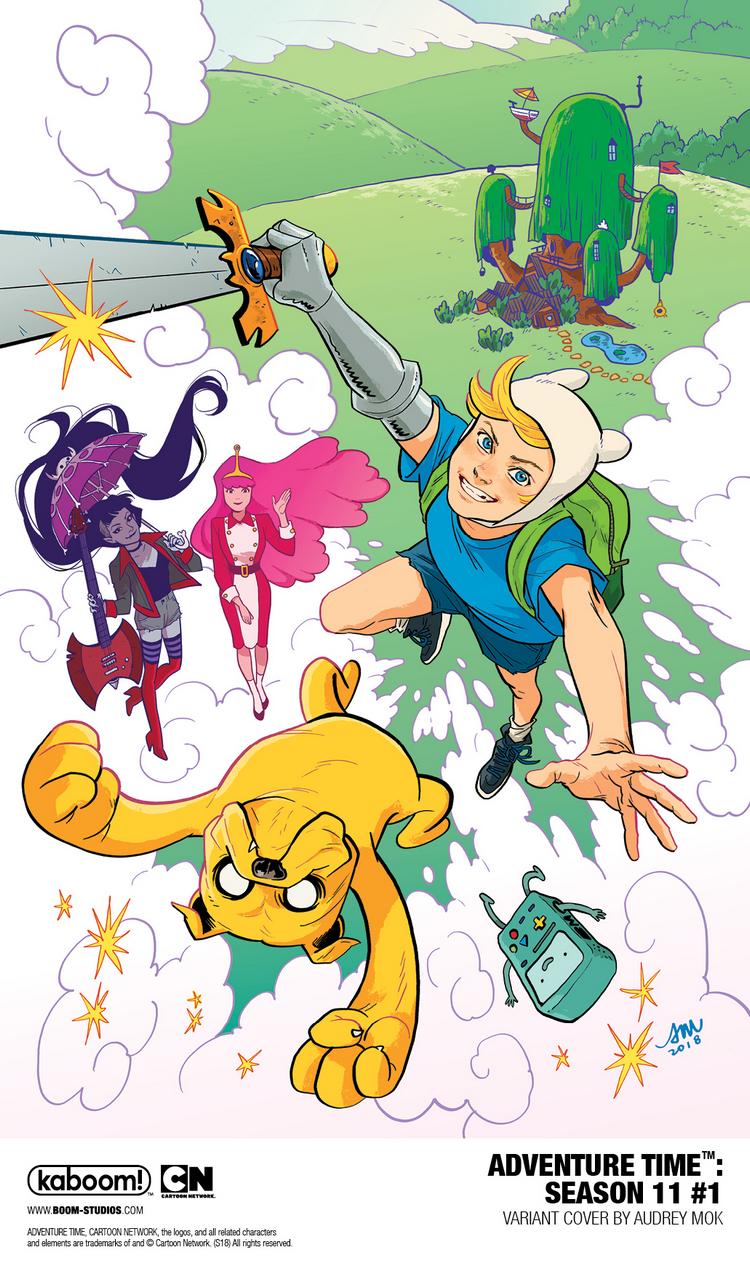 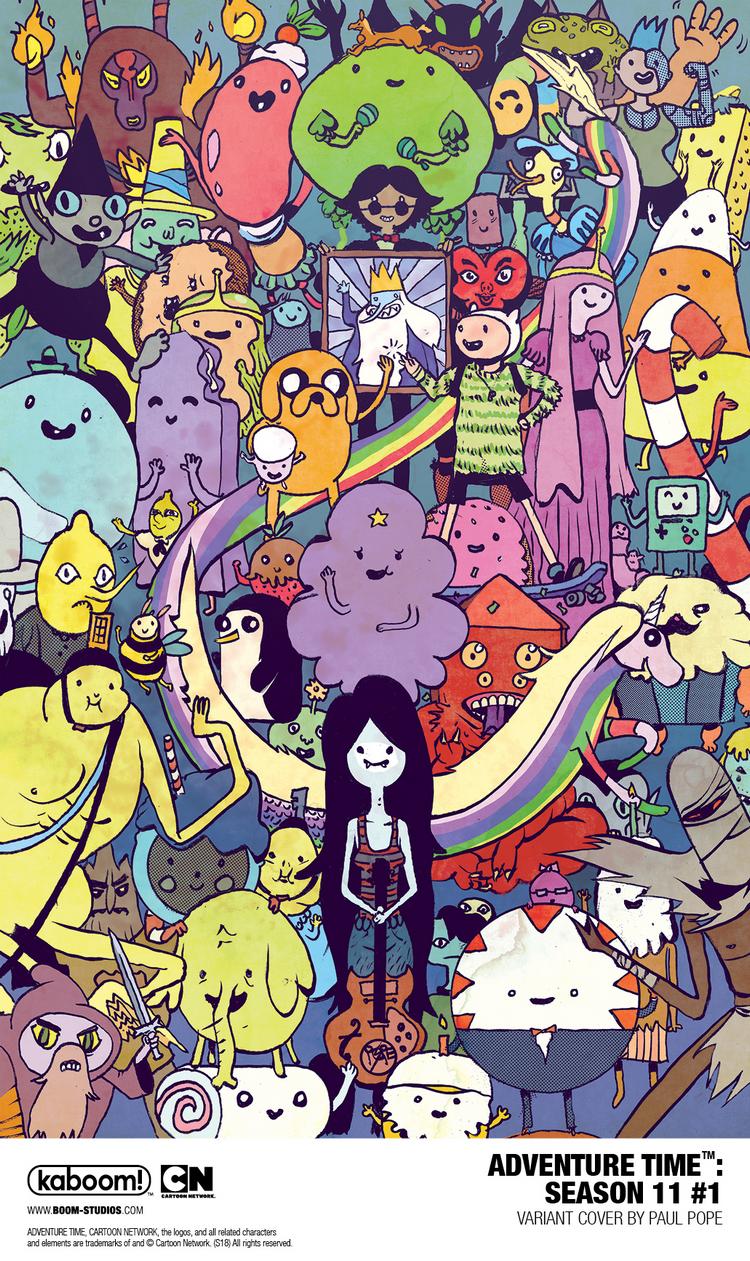 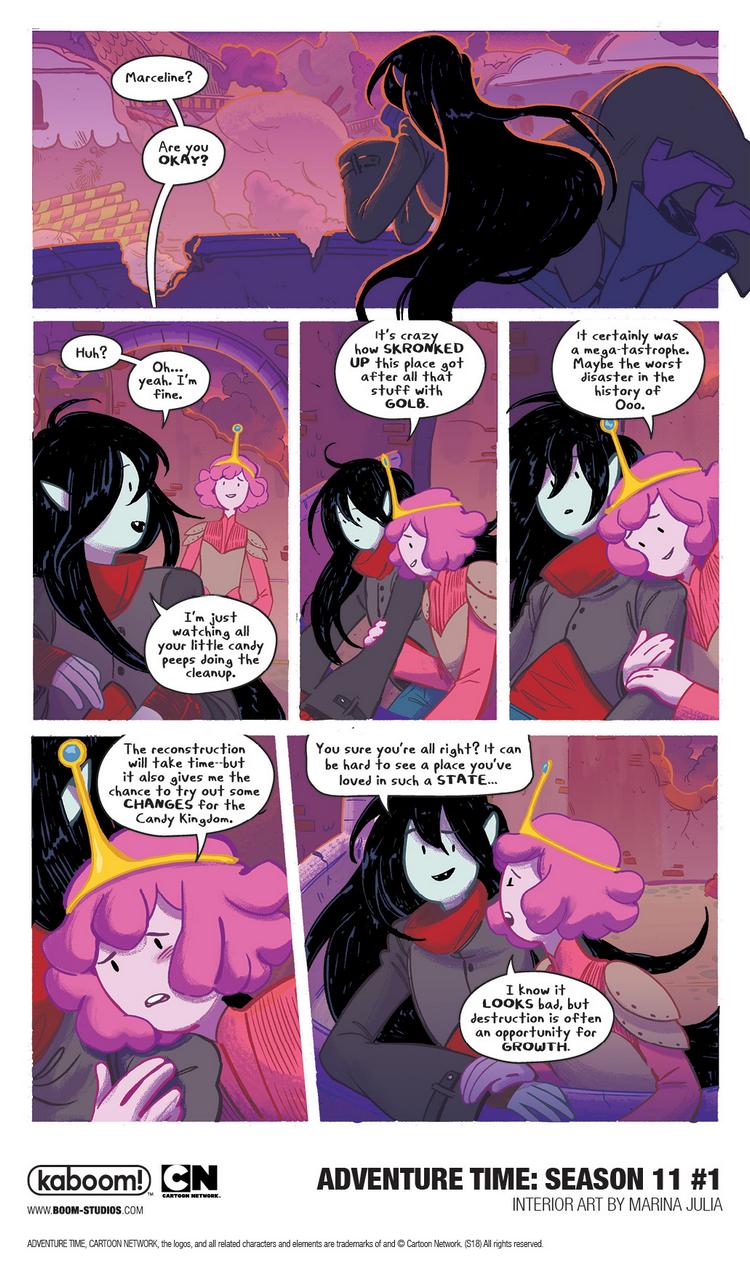 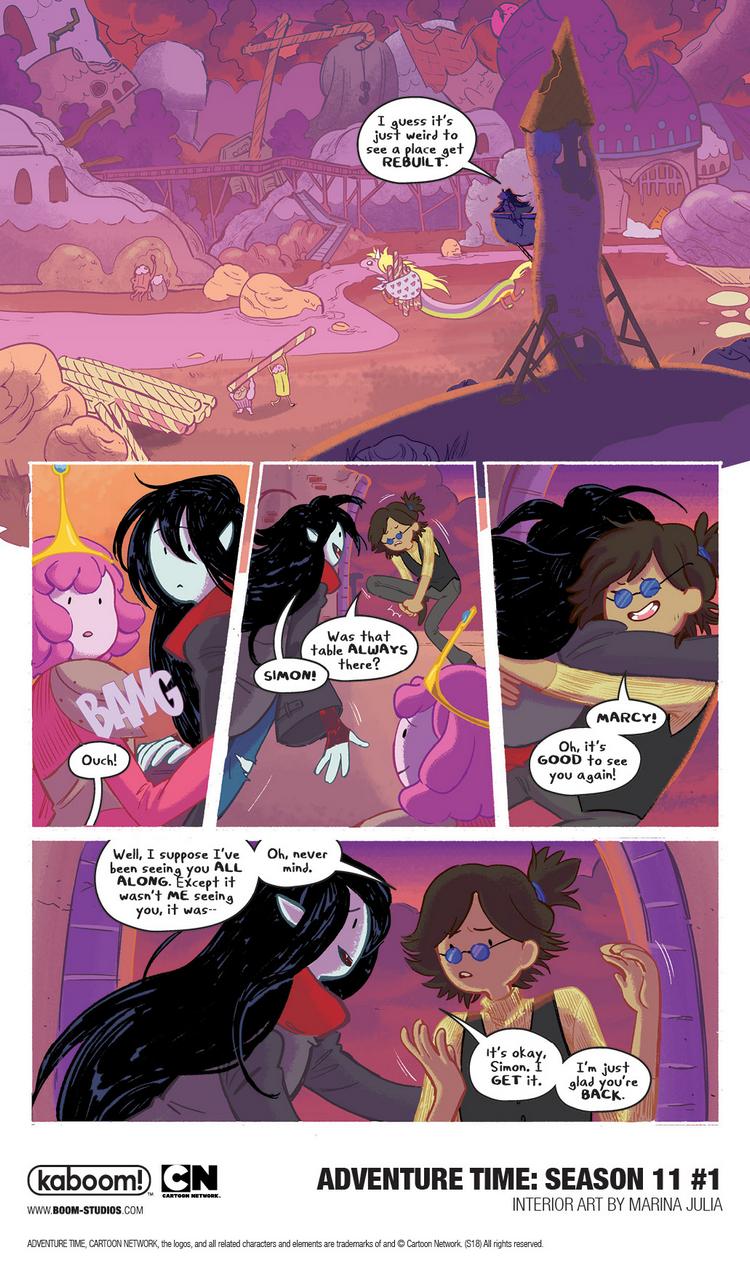 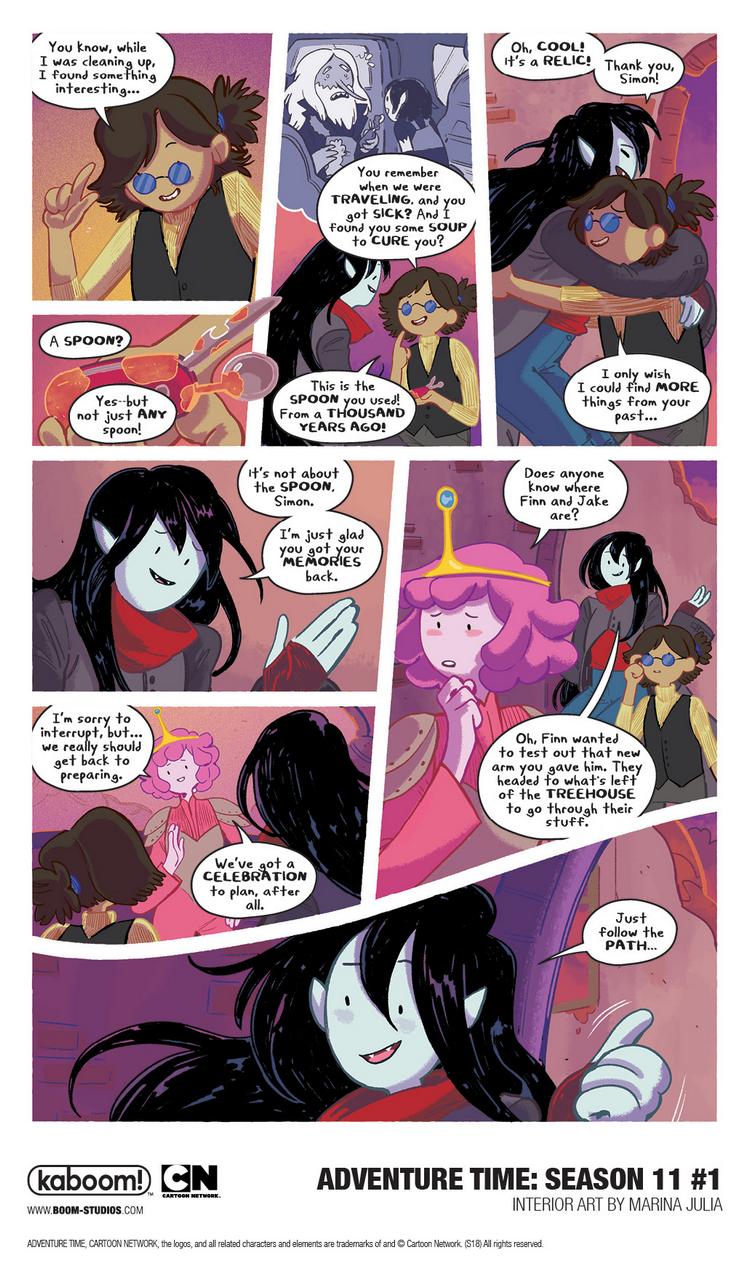 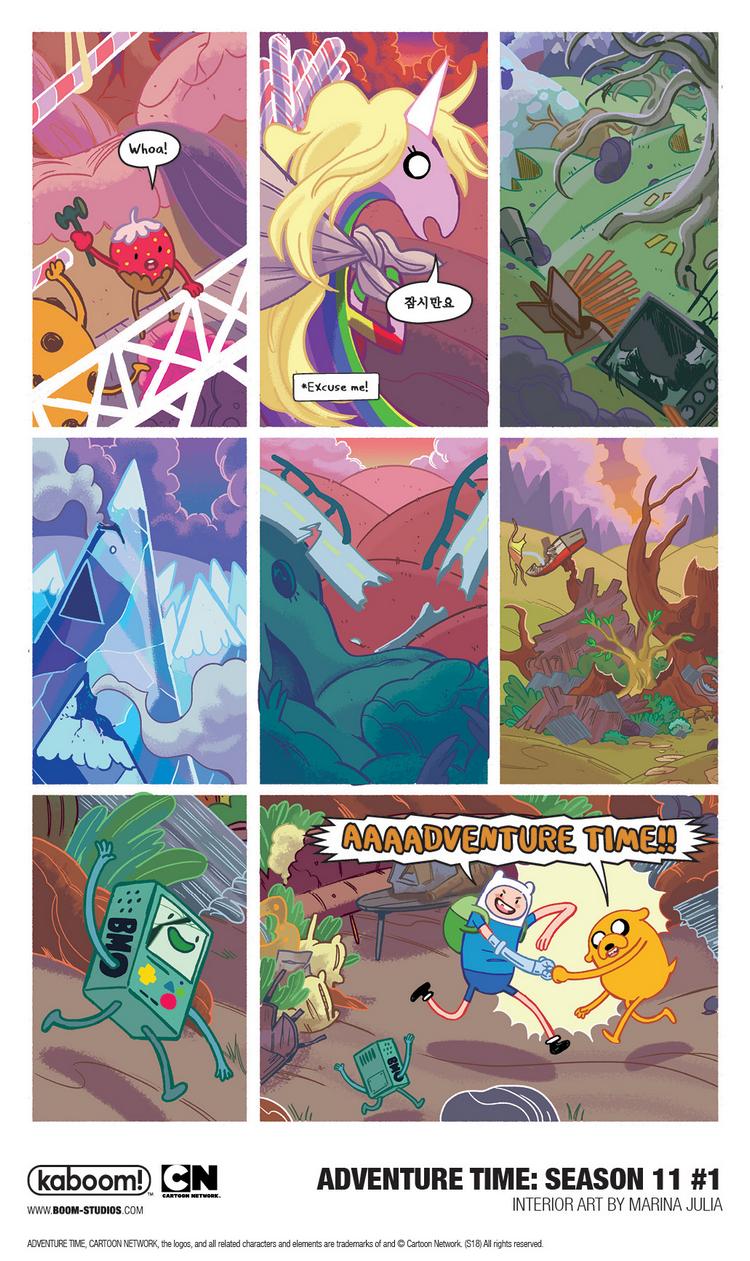 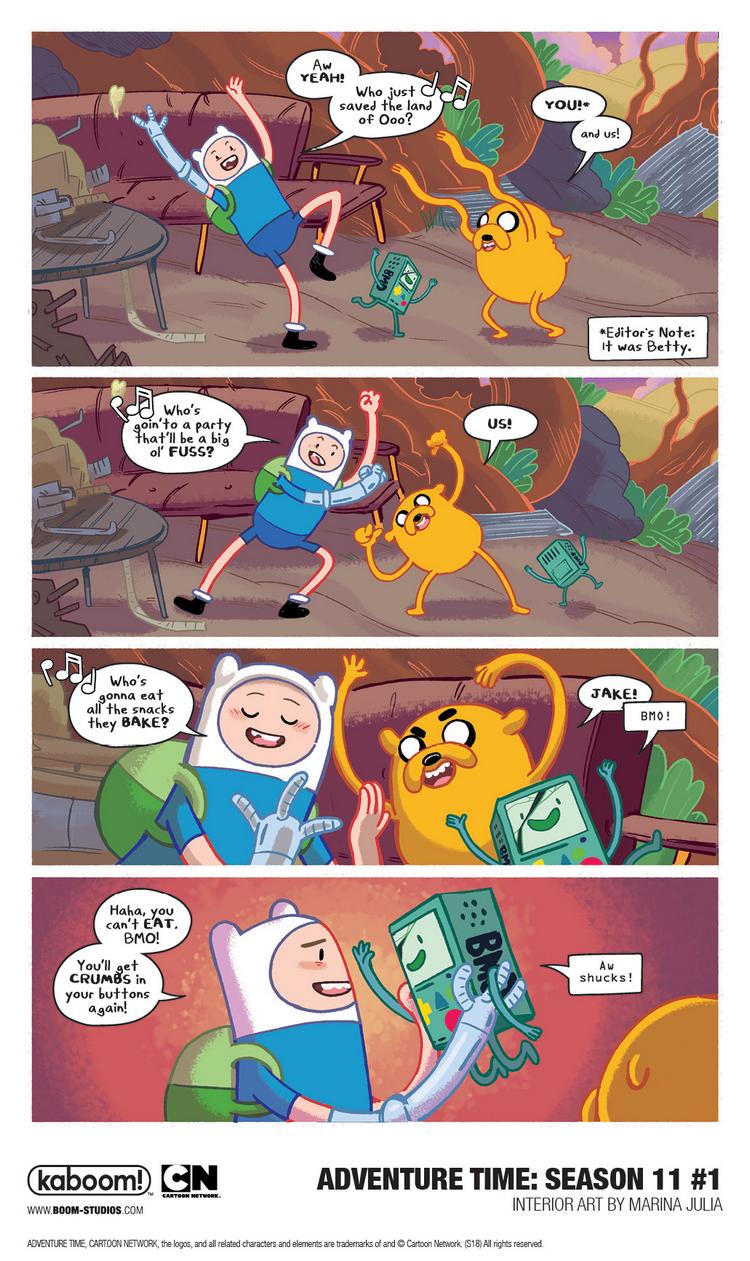