As the new leader of the Ultimates, America has cemented herself as the preeminent butt-kicker of the entire Marvel Universe. But when your punch is enough to shatter the barriers between worlds, sometimes being a super hero can get in the way of self-discovery. So what’s a super powered teenager to do for a little fulfillment? She goes to college! …Right after she punches out a few interdimensional monsters and takes down a pesky alien cult.

She’s stood side-by-side with some of the most powerful heroes in the Marvel Universe, but now it’s time for her to fly solo. Be there as America plants her feet, punches her way through dimensions and faces off against an oncoming alien horde — all while managing a social life and a full class load. Don’t miss the highly anticipated AMERICA #1 – coming to comic shops and digital devices everywhere on March 1st! 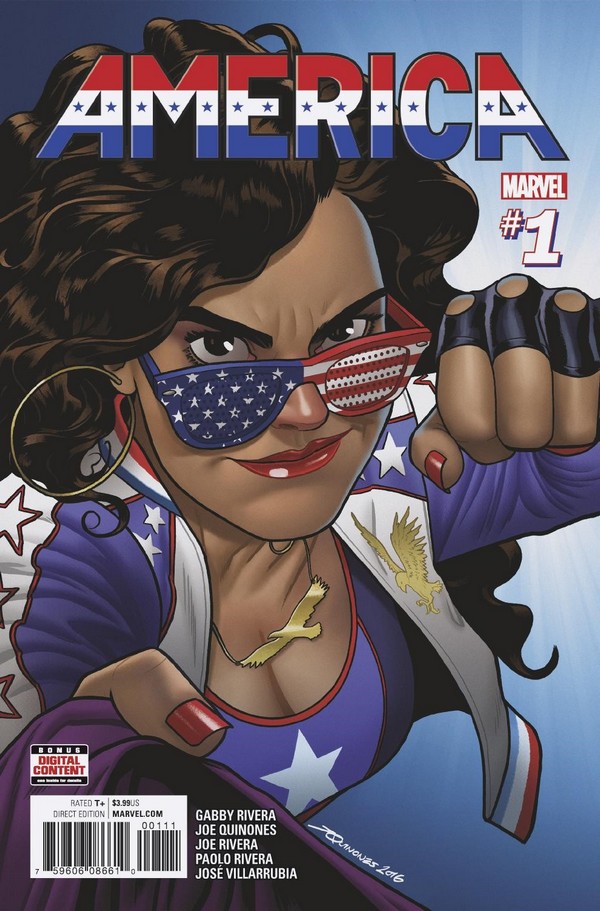 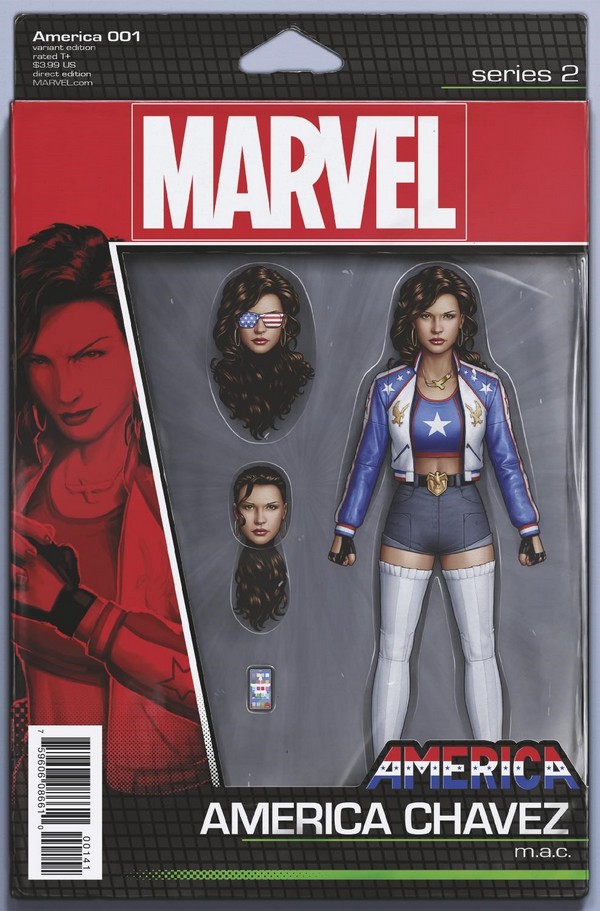 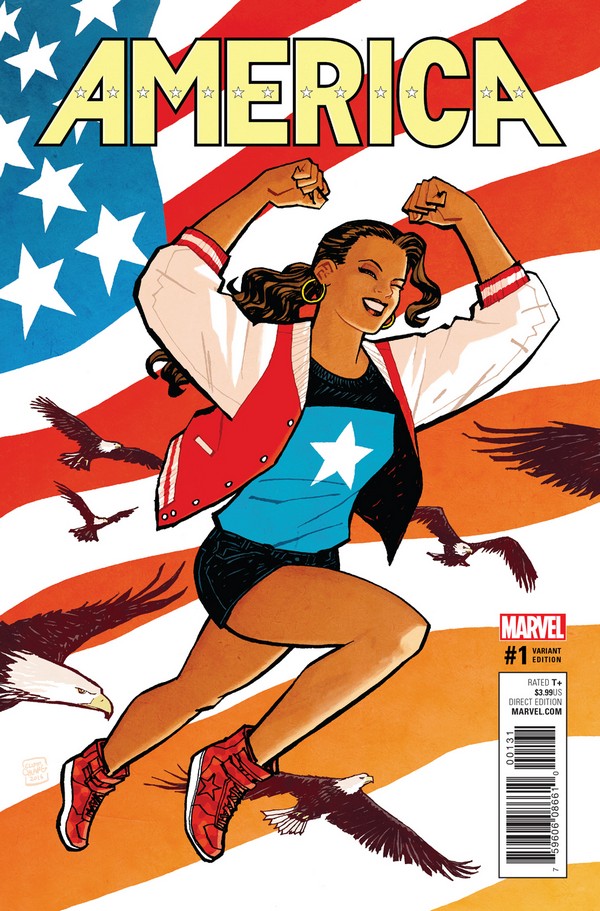 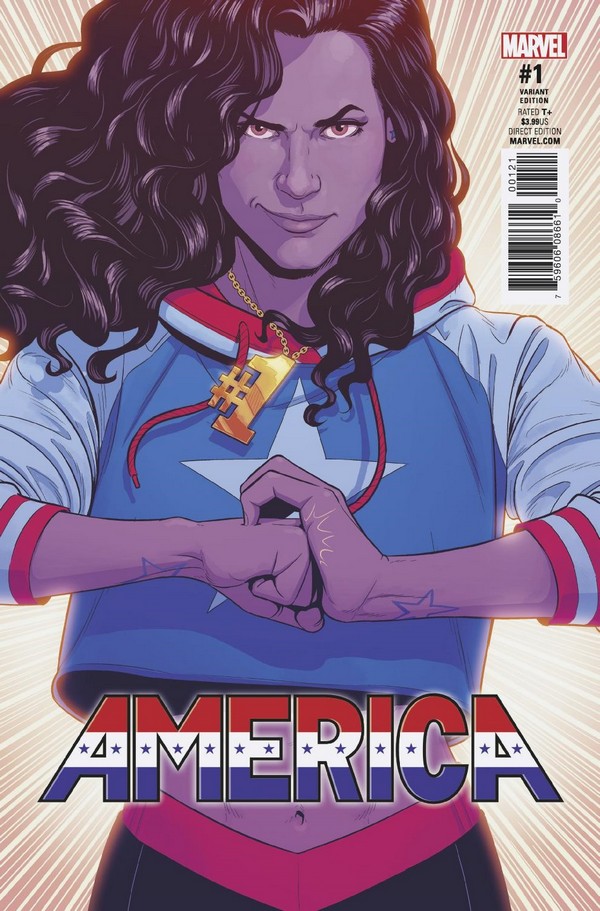 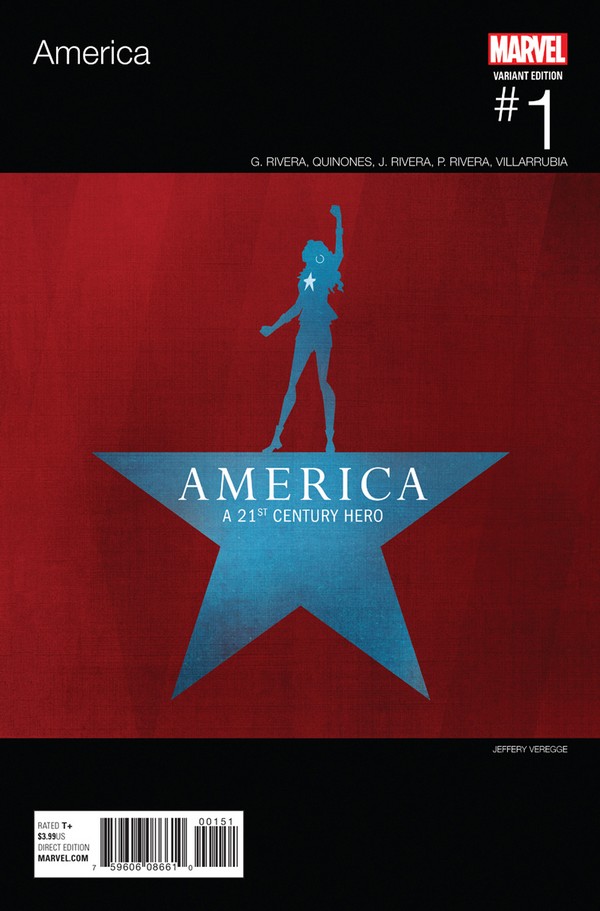 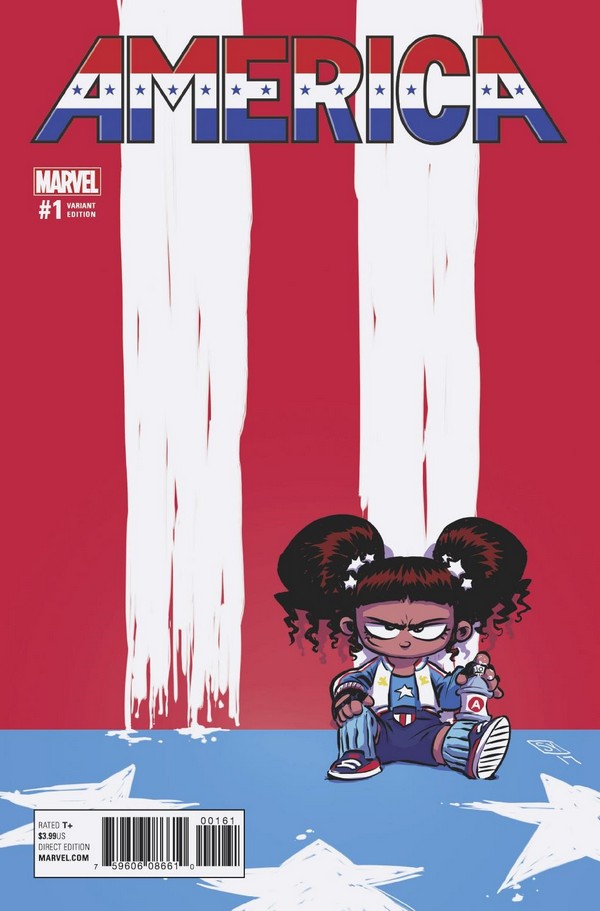 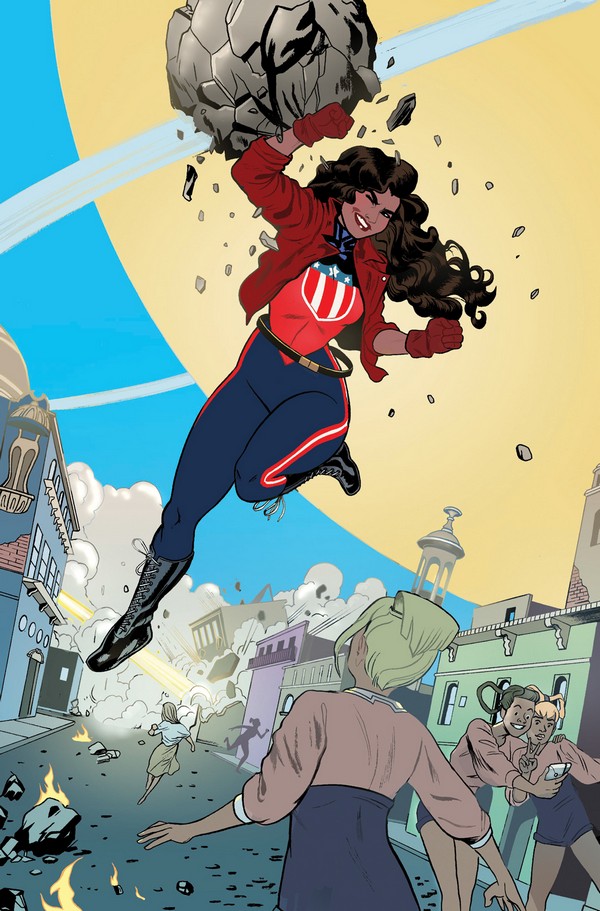 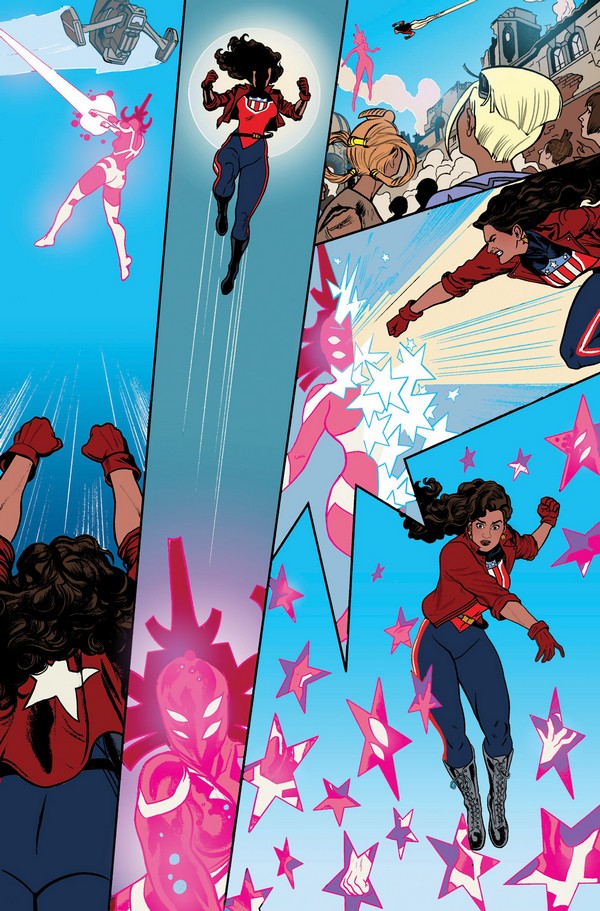 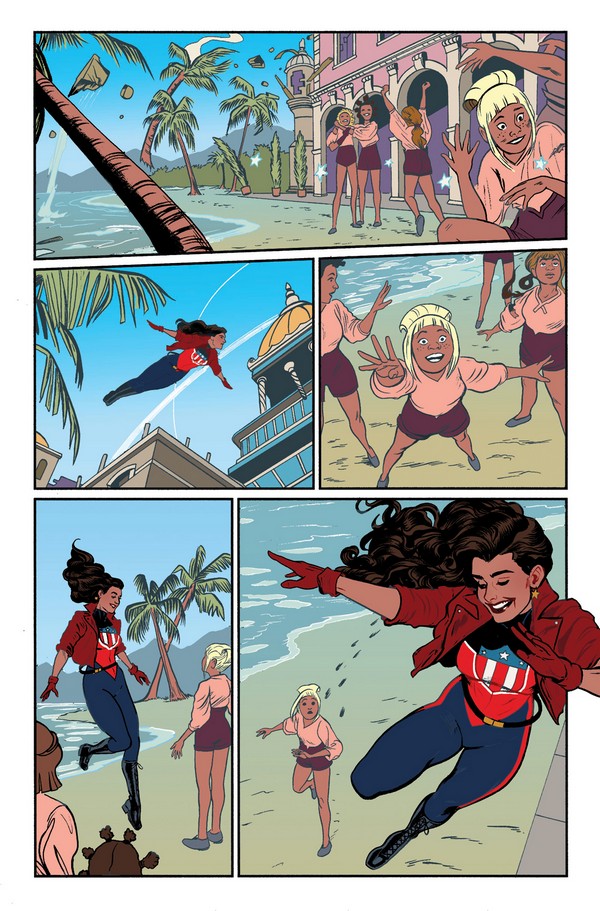 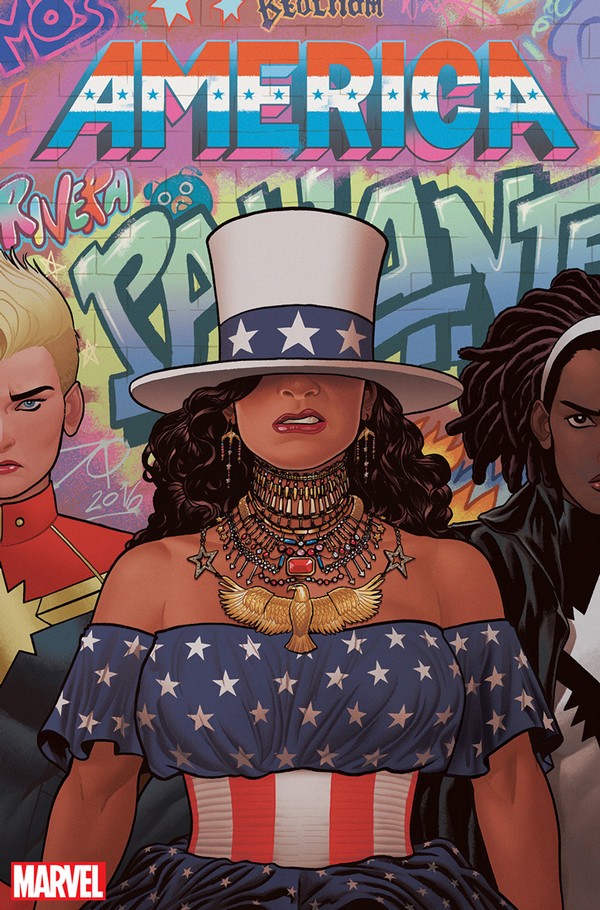