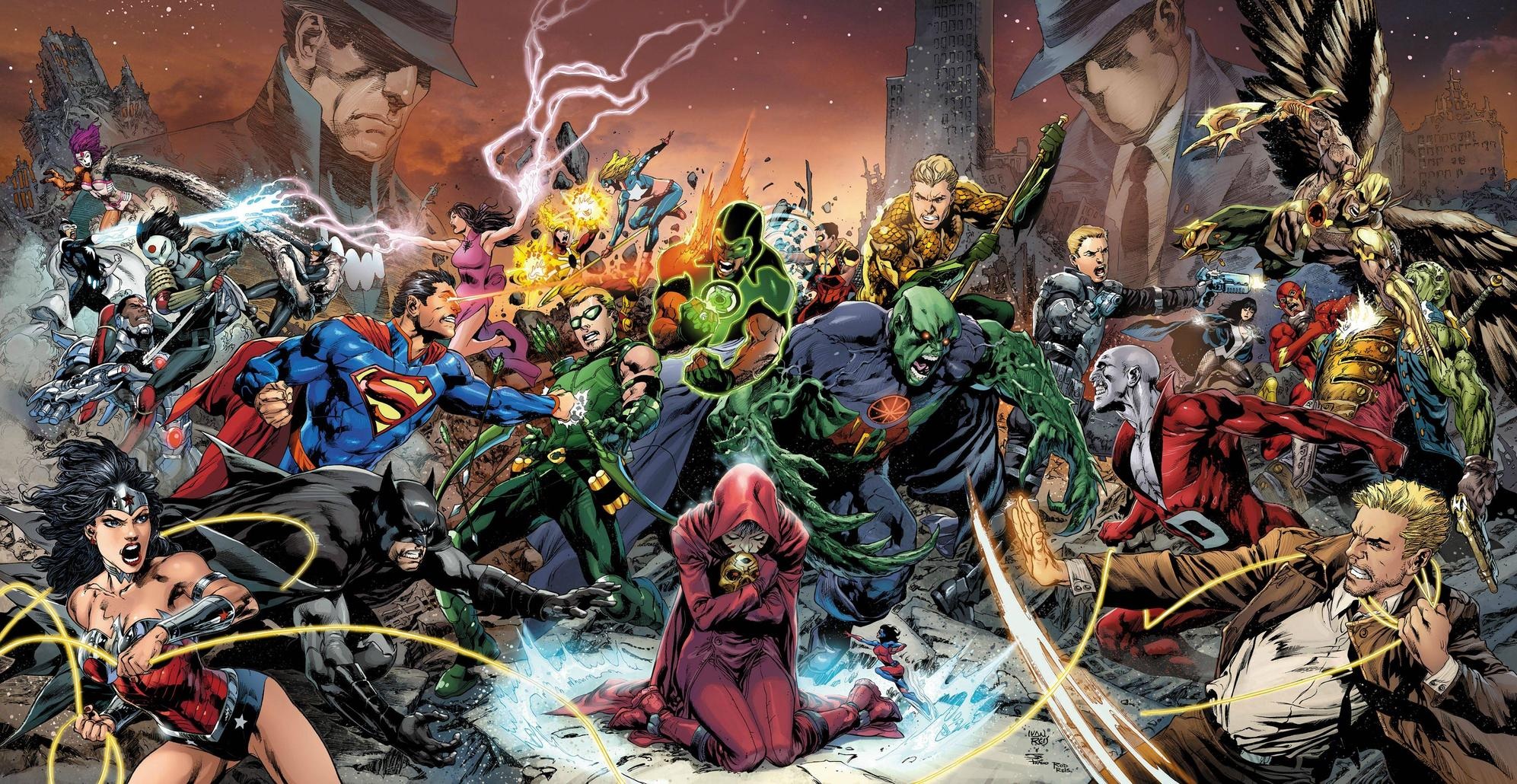 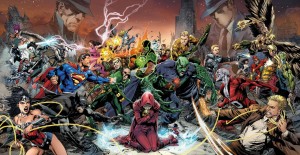 This summer, the highly anticipated crossover event, “Trinity War,” will officially kick off in the pages of JUSTICE LEAGUE #22, written by Geoff Johns and illustrated by Ivan Reis and Joe Prado.

In the gallery below, take a sneak peek at the issue’s incredible interior art. And in the last panel of the first page shown, you’ll notice the elusive Doctor Light. But in The New 52, Doctor Light is not the same character you may recall from his previous incarnations. This time around, he’s a virtuous family man whose both a good husband and father.

Also in the interior pages shown above, take your exclusive first look at Pandora’s return to the main story of JUSTICE LEAGUE since her appearance in the series’ inaugural issue back in August of 2011. No longer observing from the shadows, Pandora is seen conferring with the Justice League – but what does her introduction to the League signify for “Trinity War”?! Place your bets in the comments section below, and don’t forget to pick up JUSTICE LEAGUE #22 when it lands in stores next month. 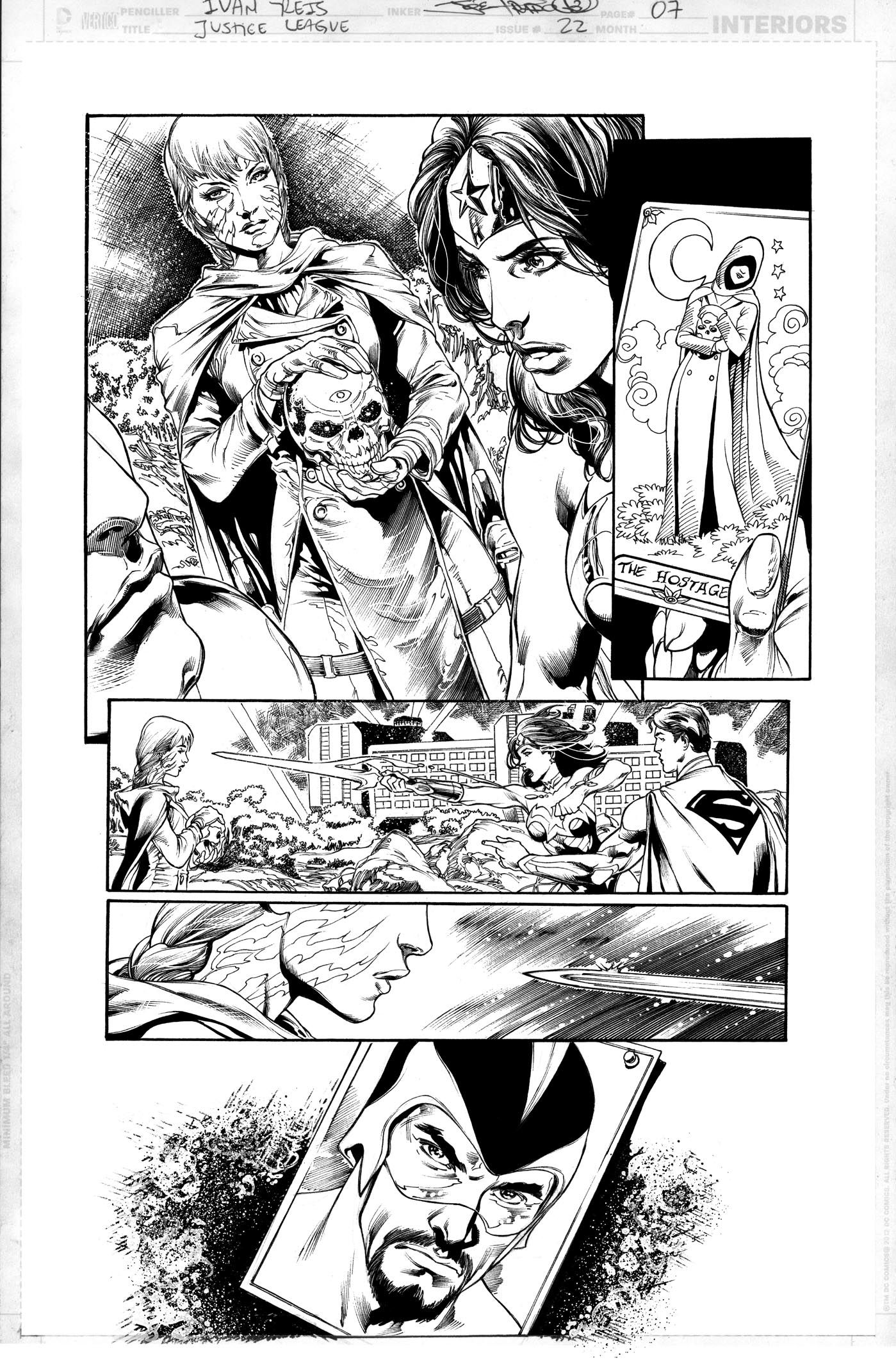 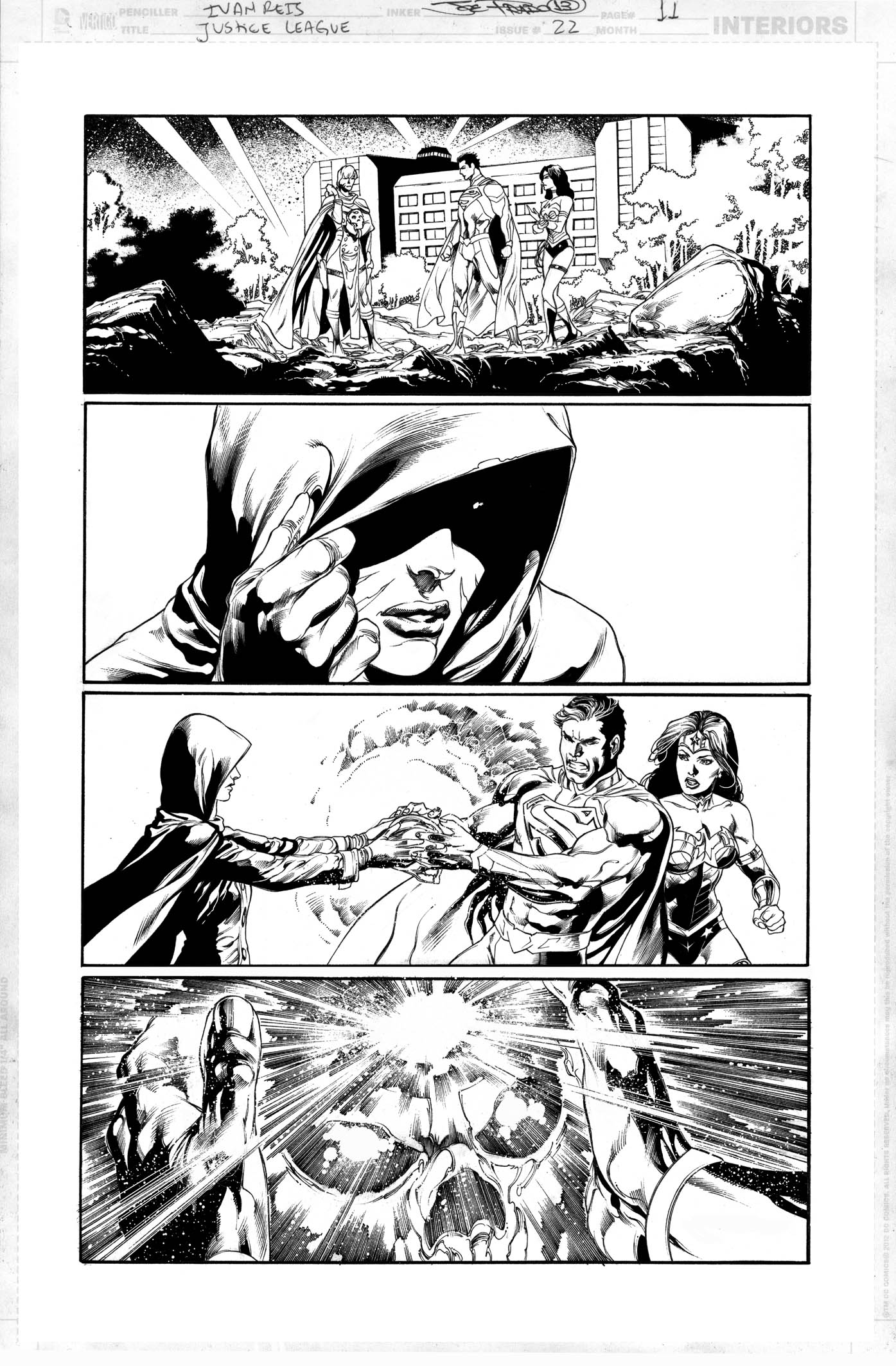 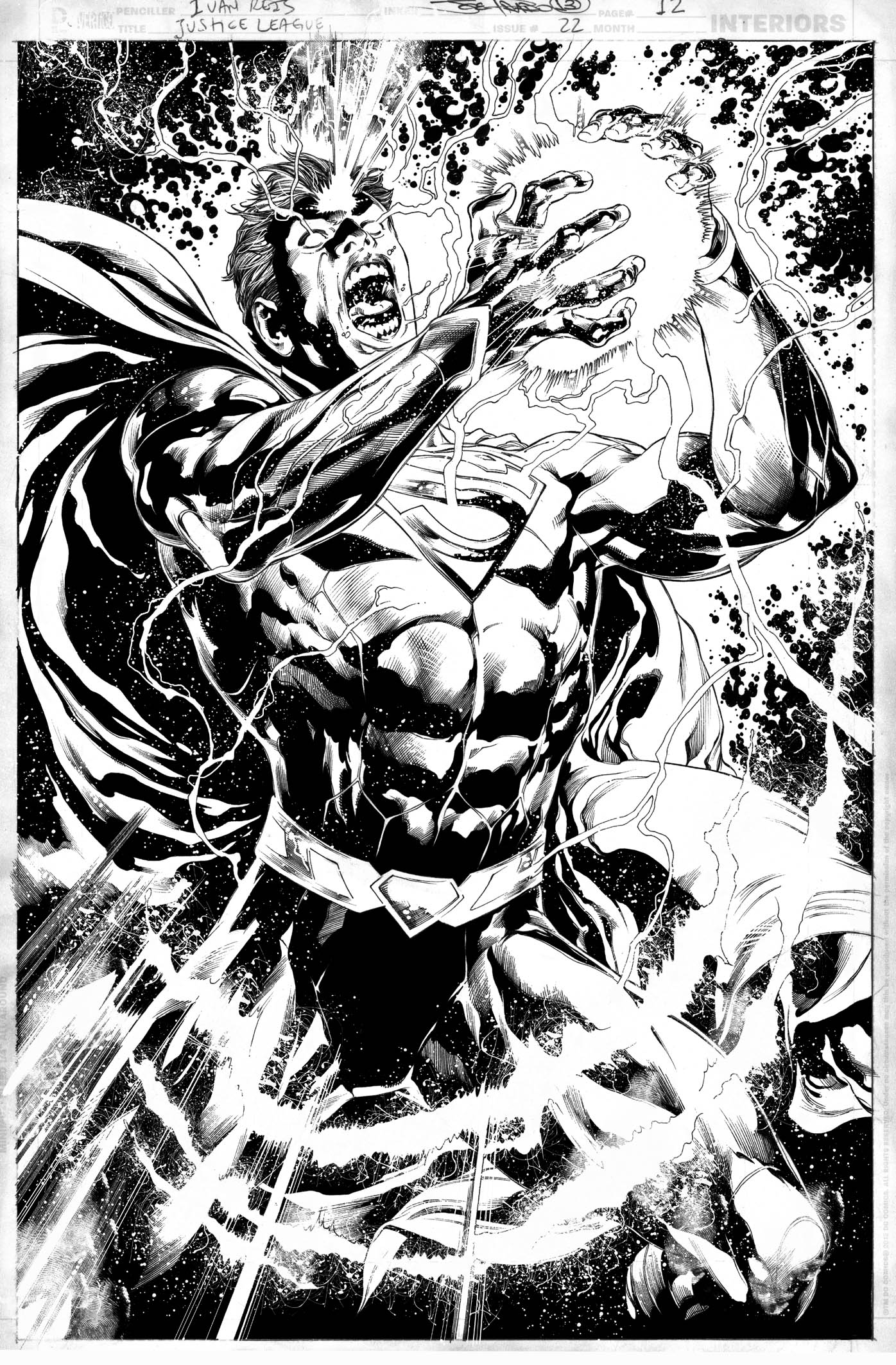 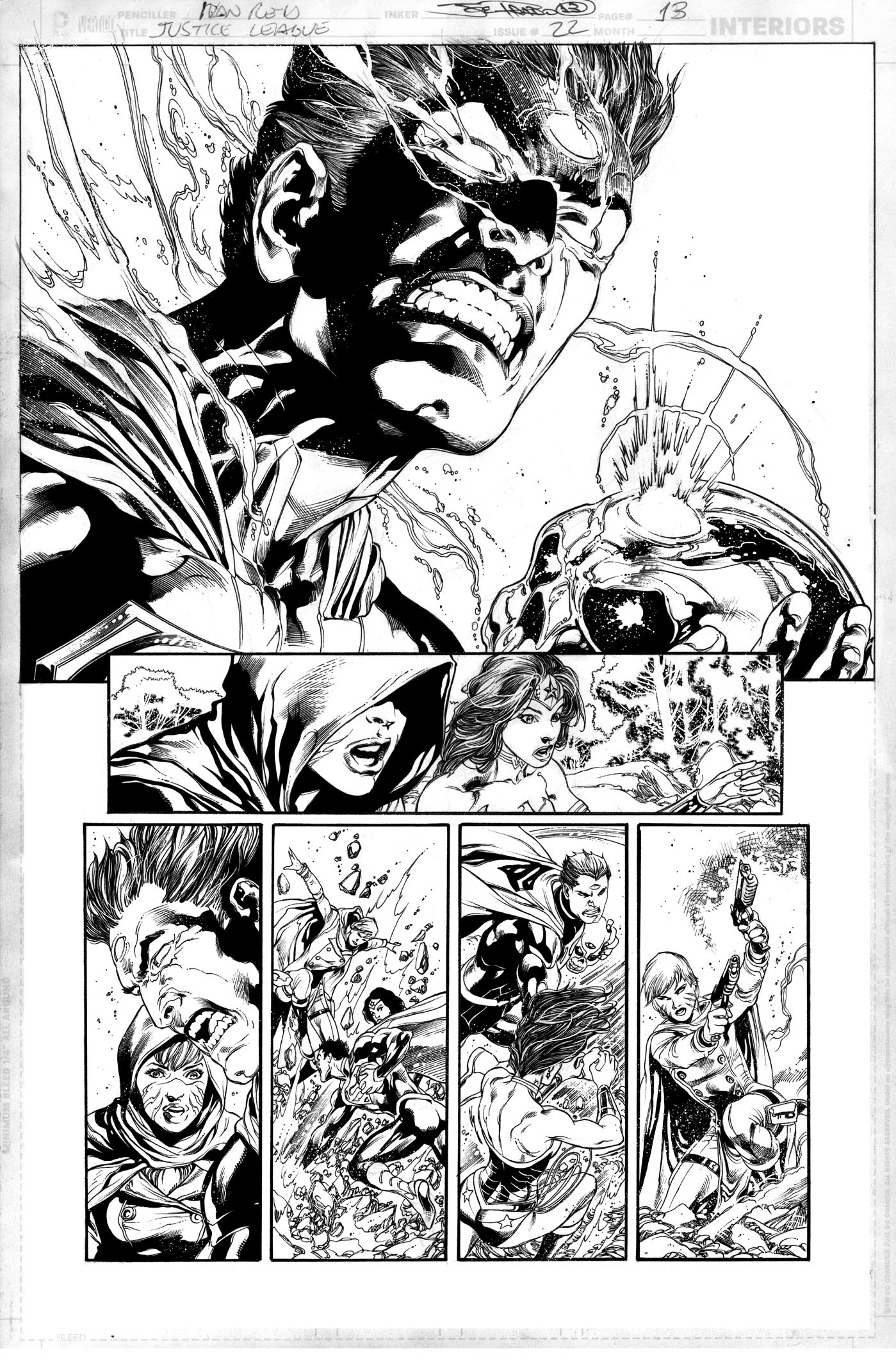