As revealed at Comic Book Resources, Valiant is proud to present your first lettered look inside BLOODSHOT SALVATION #3 – the next harrowing chapter of the BLOCKBUSTER ONGOING SERIES from New York Times best-selling writer Jeff Lemire (THE VALIANT, Black Hammer) and extraordinary artists Lewis LaRosa (BLOODSHOT REBORN) and Mico Suayan (BLOODSHOT REBORN)! On November 15th, “THE BOOK OF REVENGE” continues as Ray Garrison confronts a deranged zealot connected to his own family’s dark past…even as his wife and daughter find themselves hunt by the brutal powerhouse called Rampage!

In the footsteps of X-O MANOWAR and SECRET WEAPONS, the next sold-out series from Valiant’s ICONS initiative brings down the hammer this fall with an action-packed and unrelenting new chapter for Valiant’s machine-made soldier!

Now: When Magic’s estranged family of sadistic cultists come to take her back home, Ray Garrison is forced to succumb to the rage within and protect his family against those who would do them harm. But as Magic’s bizarre relatives reveal their true intentions – including those of the demented leader called “Daddy” – the man once known as Bloodshot will quickly discover that the path to revenge is one filled with dire and deadly consequences…

Soon: Years from today – in a world gone wrong where Bloodshot long ago went M.I.A. – can Magic and Jessie navigate the agents of OMEN that now pursue them across the heartland? And just when their darkest hour arrives, a familiar face is about to appear with a helping hand…and a message from beyond the grave!

All roads lead to revenge! This fall, find out why fans and alike are heralding Jeff Lemire’s Eisner Award-nominated Bloodshot saga as one of the year’s most gripping and memorable comic book epics:

“✮✮✮✮✮… Magnificently upends everything we have come to love… A visually and narratively experimental take on a classic character that succeeds in both respects.” – ComicsVerse

“✮✮✮✮✮… [BLOODSHOT SALVATION] is a brilliant story that continues a tradition of excellence as only Jeff Lemire can create. Not to be missed and guaranteed to be enjoyed…” – All-Comic

“✮✮✮✮✮… Pure magic… There’s more to fight for, more to live for, more to die for. And that’s what is sure to make BLOODSHOT SALVATION a real winner.” – PopCulture HQ

“✮✮✮✮✮… Flawlessly executed on all fronts… From start to finish, it defies belief.” – Comics The Gathering

But first: Bloodshot’s most brutal mission yet charges forward in BLOODSHOT SALVATION #2! On October 25th, Jeff Lemire, Lewis LaRosa and Mico Suayan wrench Ray Garrison back into the destructive ways he left behind for a soul-shattering mission to save his wife and daughter from a gallery of terrifying new threats… 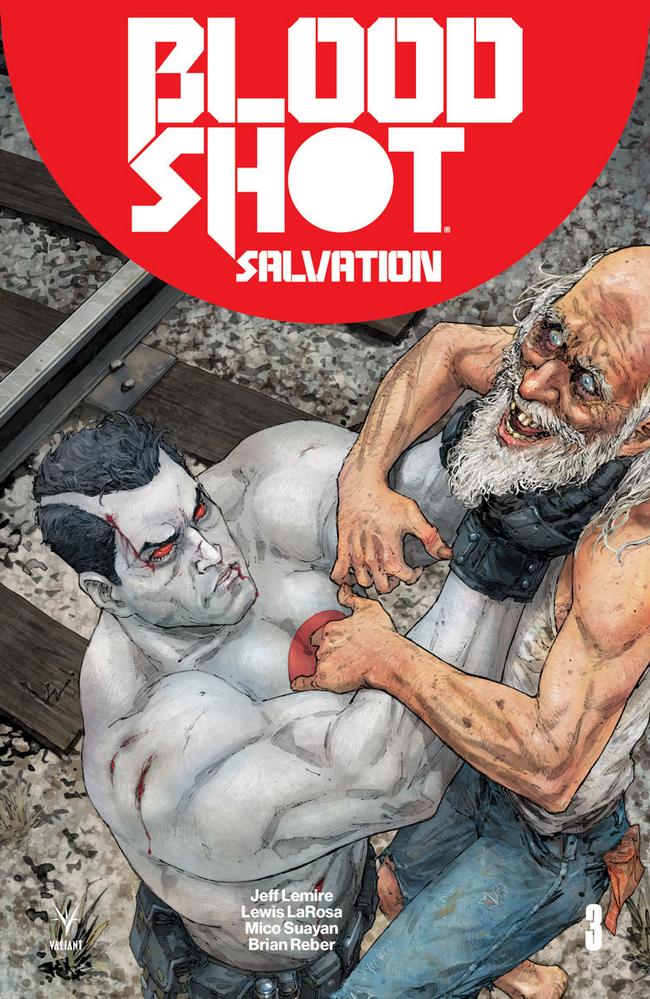 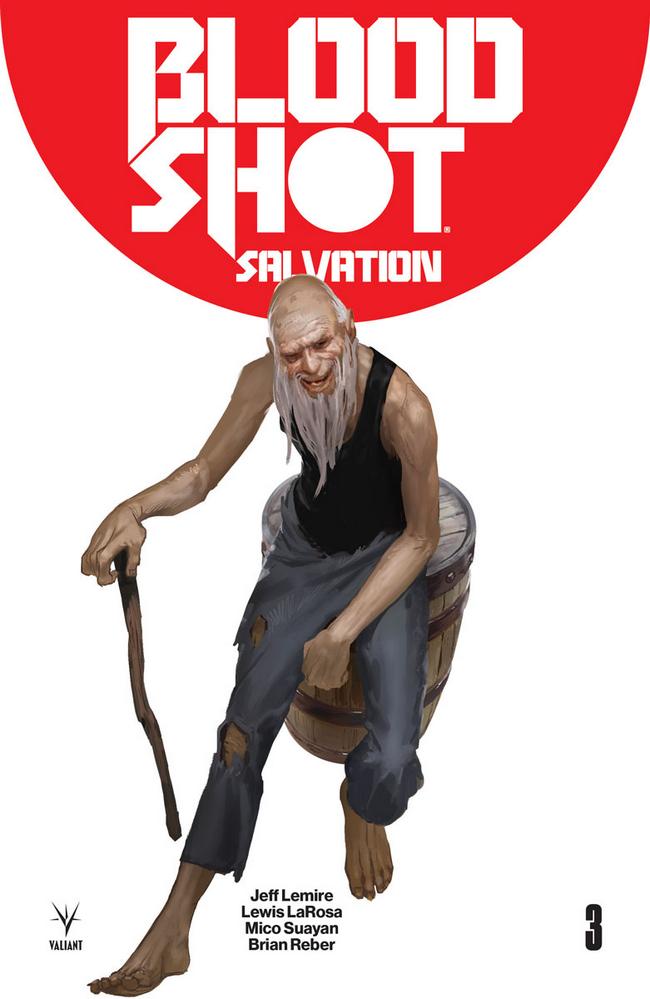 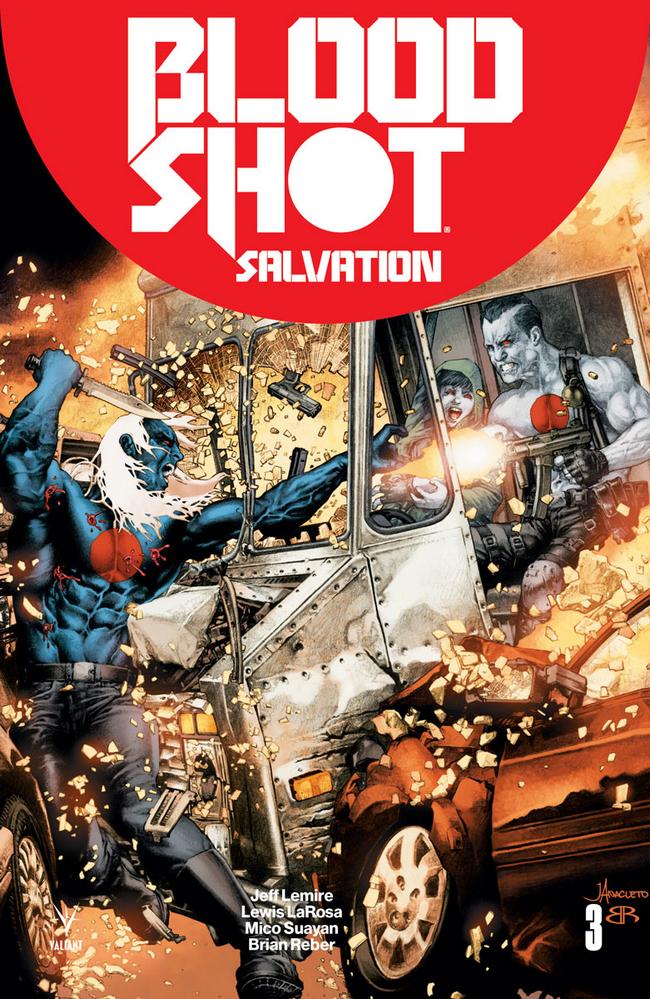 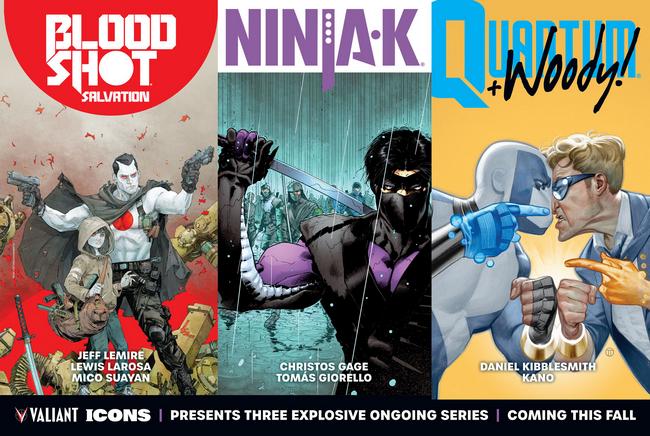 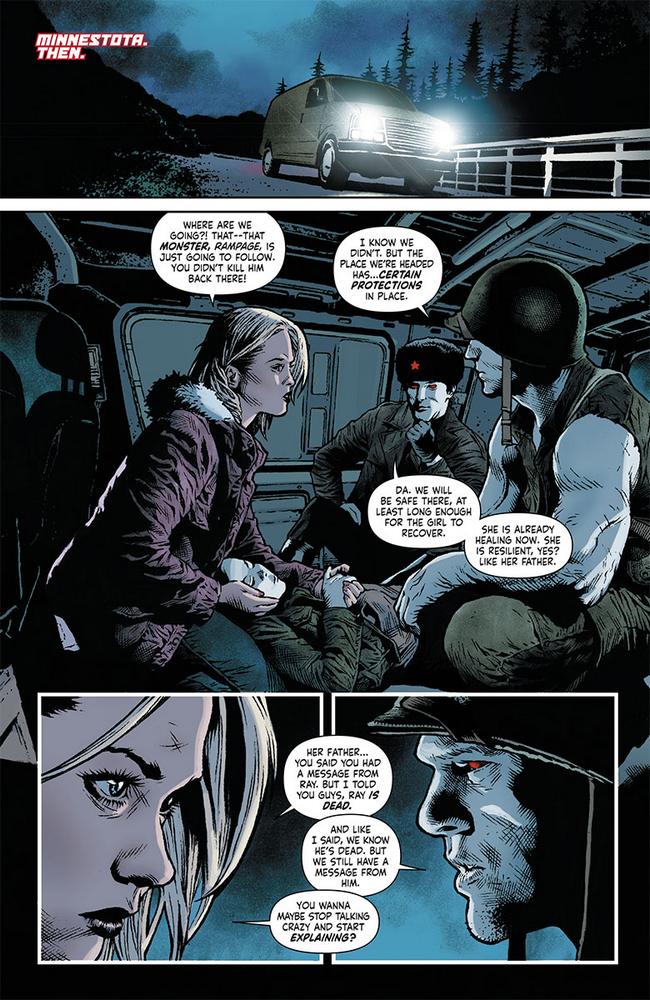 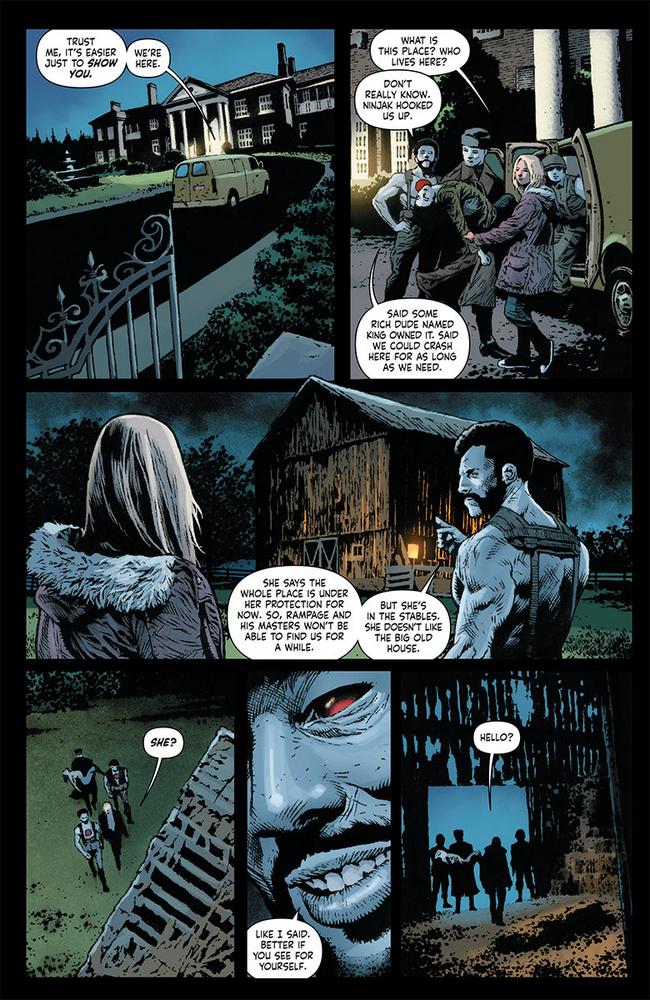 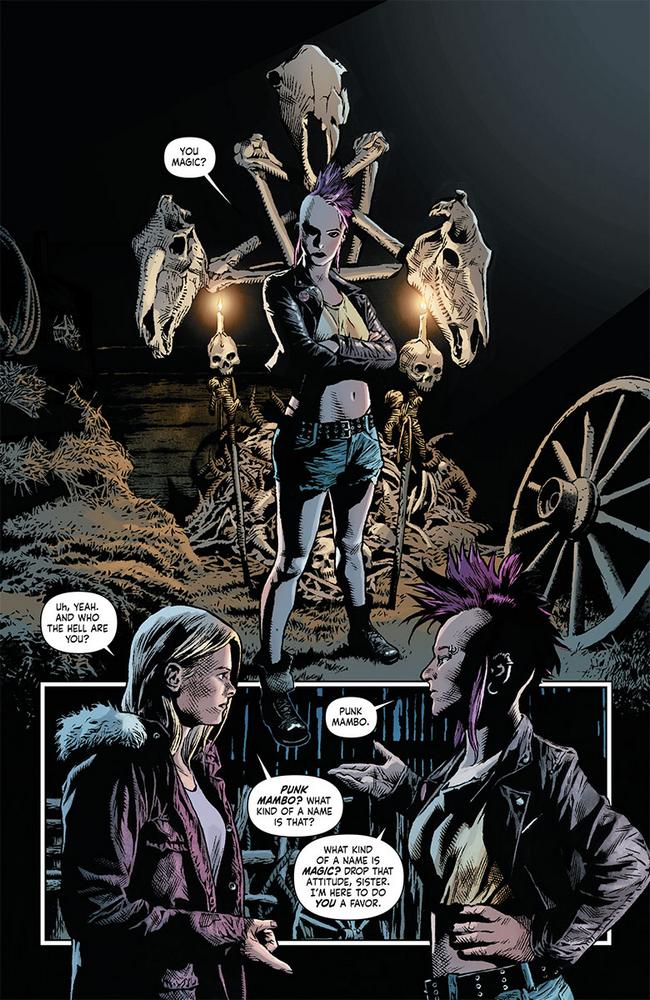 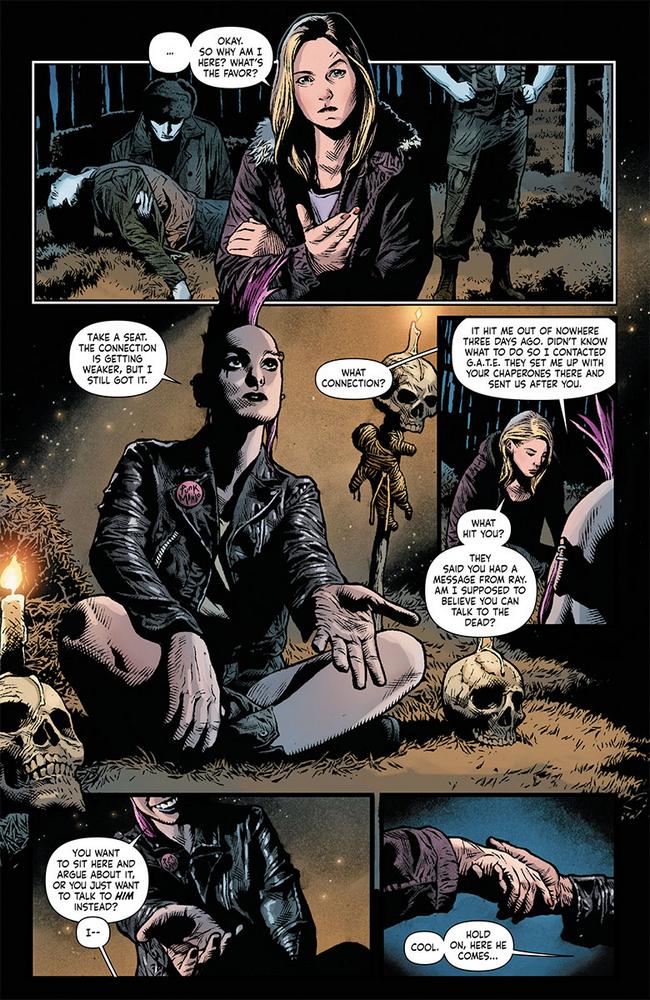 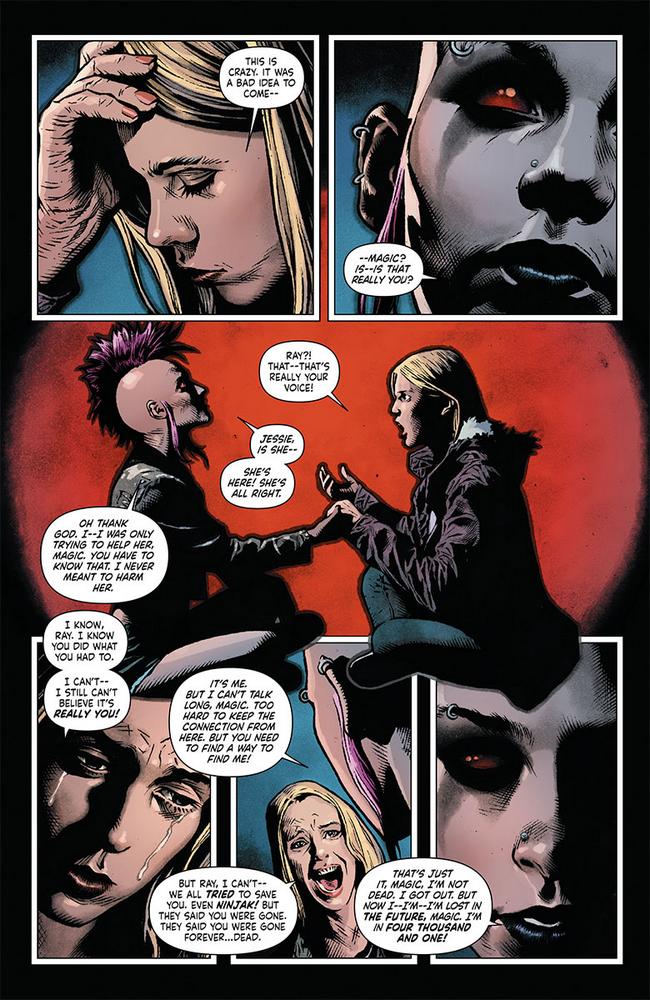