In the wire-strewn trenches of World War I, witness the true story of a good boy gone bad… Before he found his place at Ray Garrison’s side, Bloodshot’s loyal companion learned the depths of mankind’s inhumanity toward brother and beast alike on the battlefields of France. Now, as the Kaiser’s war machine approaches, find out firsthand how a beloved comrade with four legs and a soul full of fury inspired a legacy that still stands after more than a century!

Then: Jump on board with the next sensational story arc in Jeff Lemire’s Eisner Award-nominated superhero saga with BLOODSHOT SALVATION #10, as Ray Garrison’s salvation-seeking odyssey from America’s darkest corners and through the Deadside to secure his daughter’s safety reaches forward – and past the point of no return! On June 13th, visionary writer Jeff Lemire and incendiary artist Doug Braithwaite (X-O MANOWAR, Journey into Mystery) return to the far, far future for the ultimate meeting of man and machine!

Two thousand years in the future – in the year 4001 A.D. – the man once known as Ray Garrison is no more…but the microscopic nanites inside him live on. Enter Bloodshot 4001 – a strange, gunslinging echo of Bloodshot’s mind, body, and soul that is now more machine than man. But when our century’s Bloodshot finds himself delivered to the dawn of the 41st century with one last mission to fulfill, two Valiant legends will finally come face to face…just as the secret revelation that binds them together across the ages will forever reshape Bloodshot’s place at the center of the Valiant Universe! 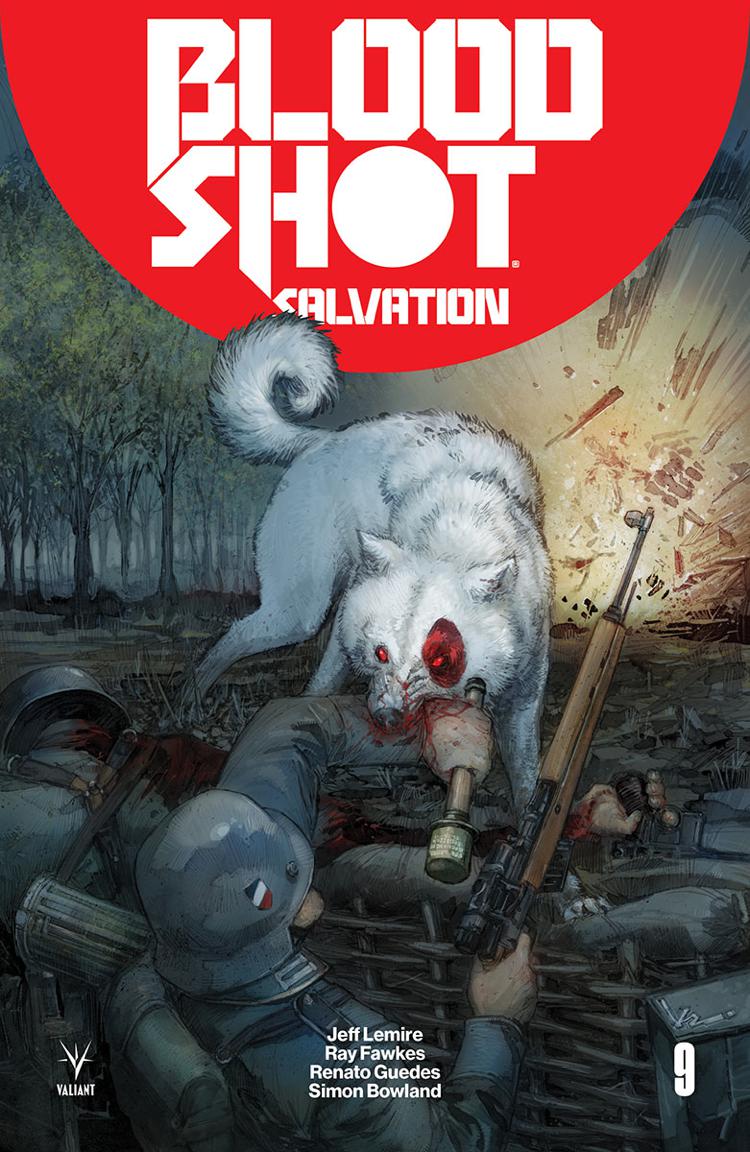 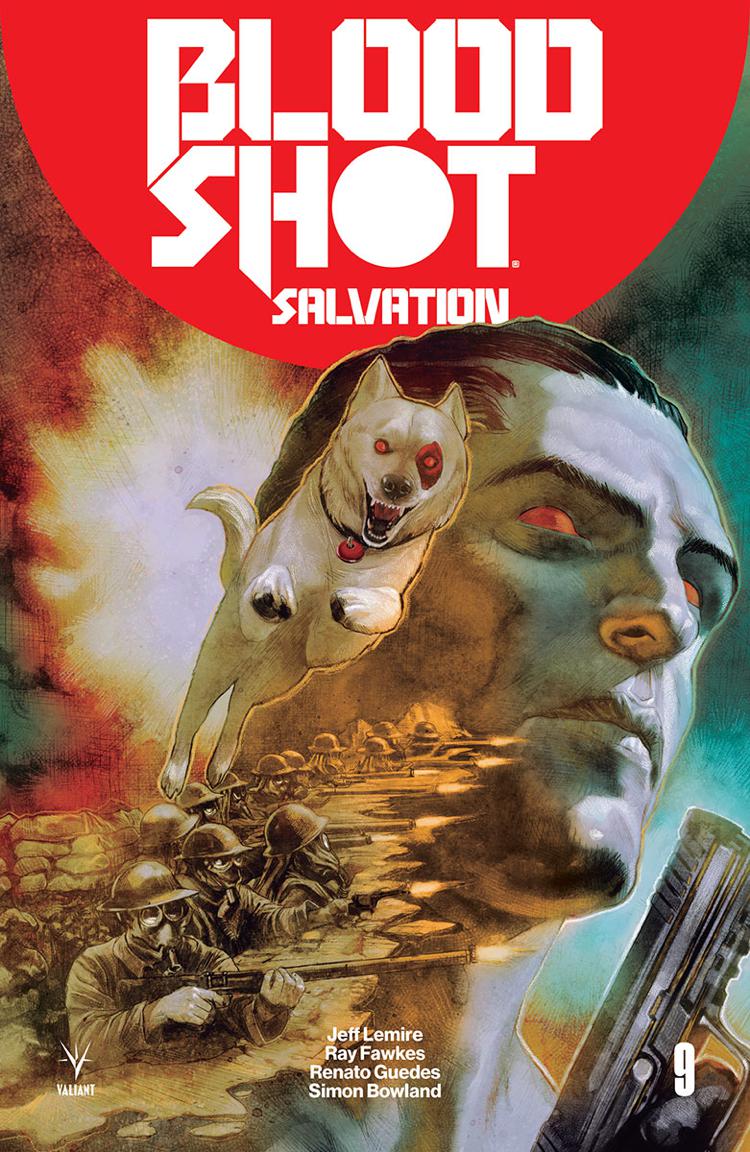 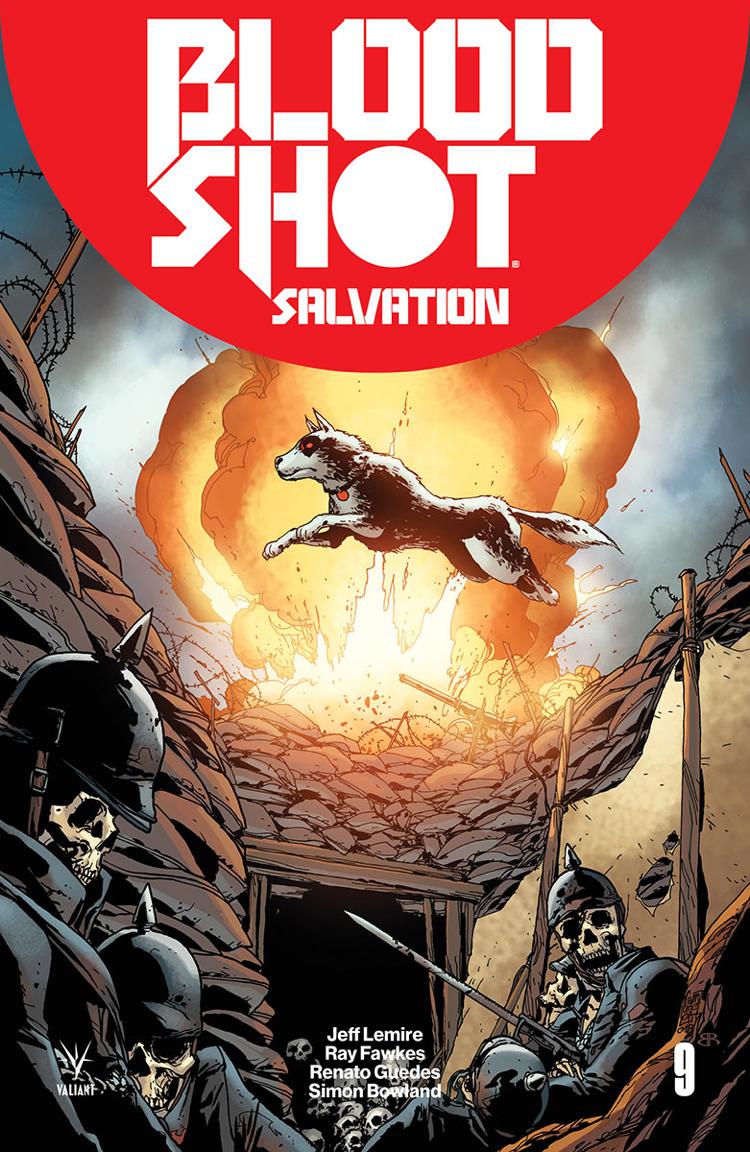 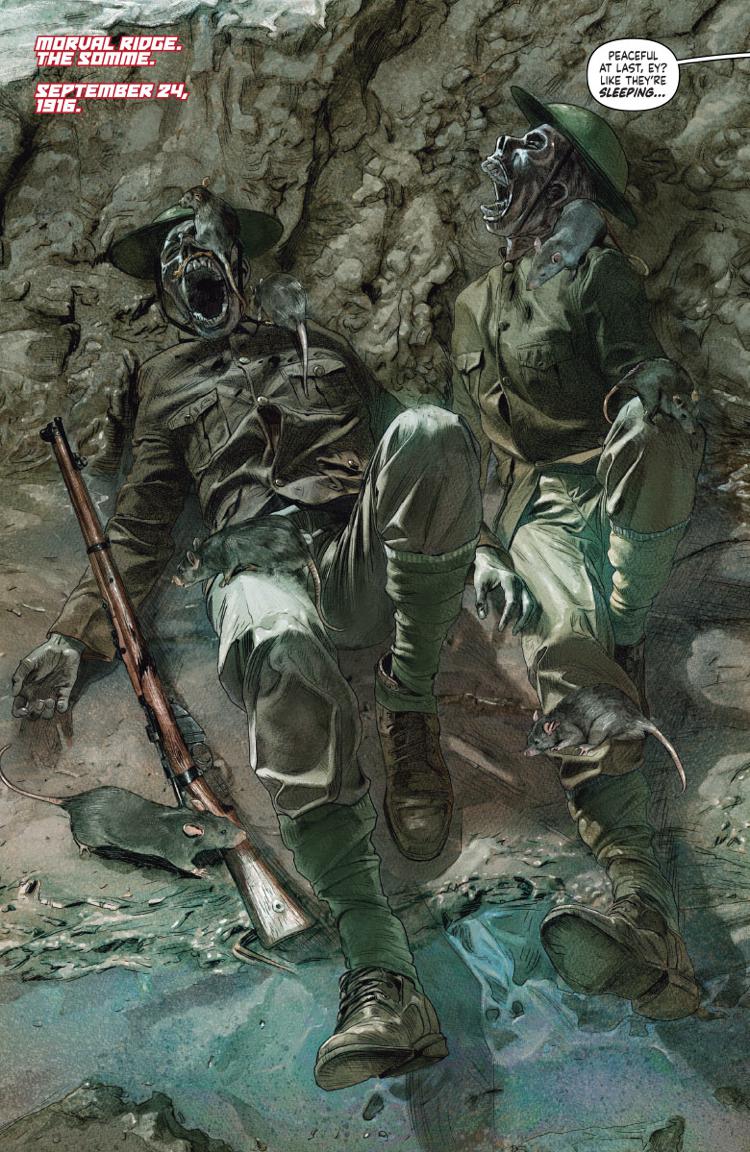 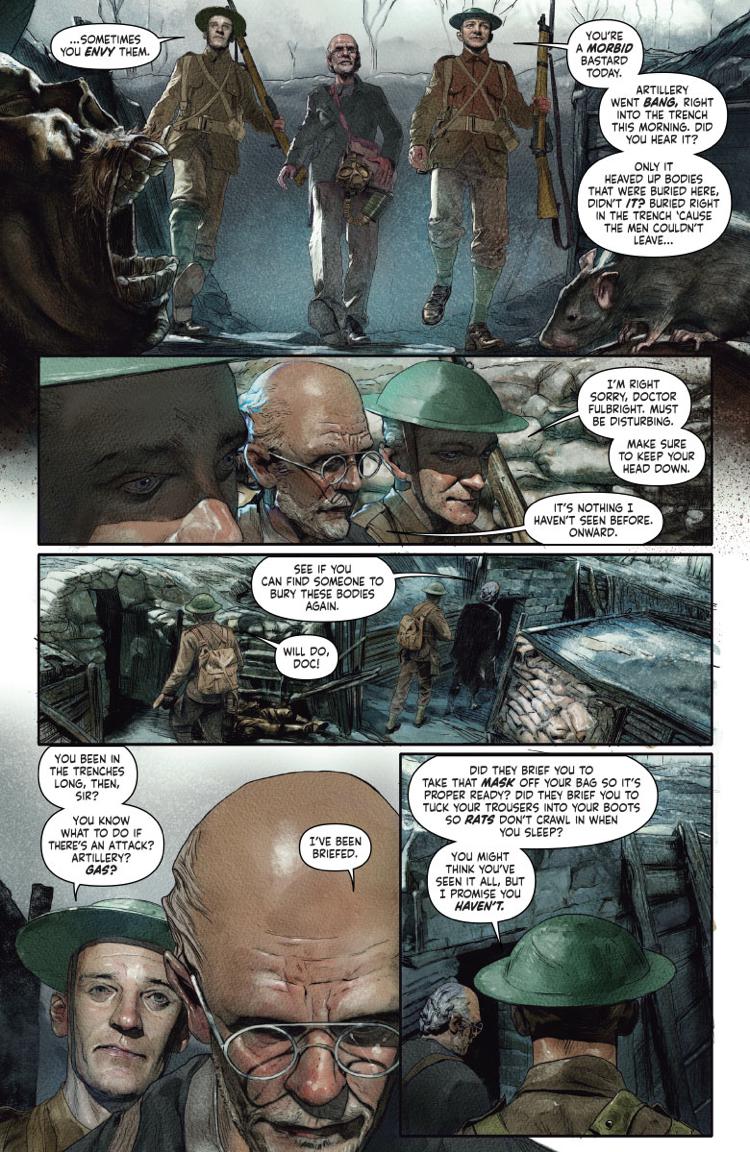 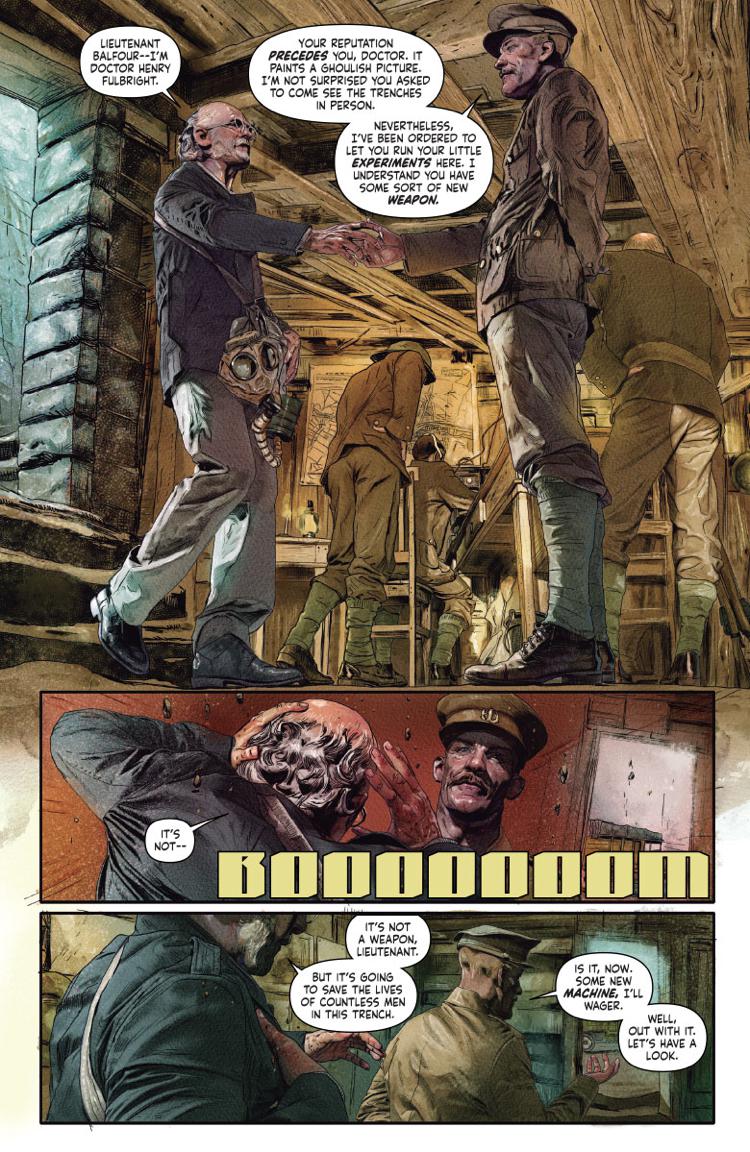 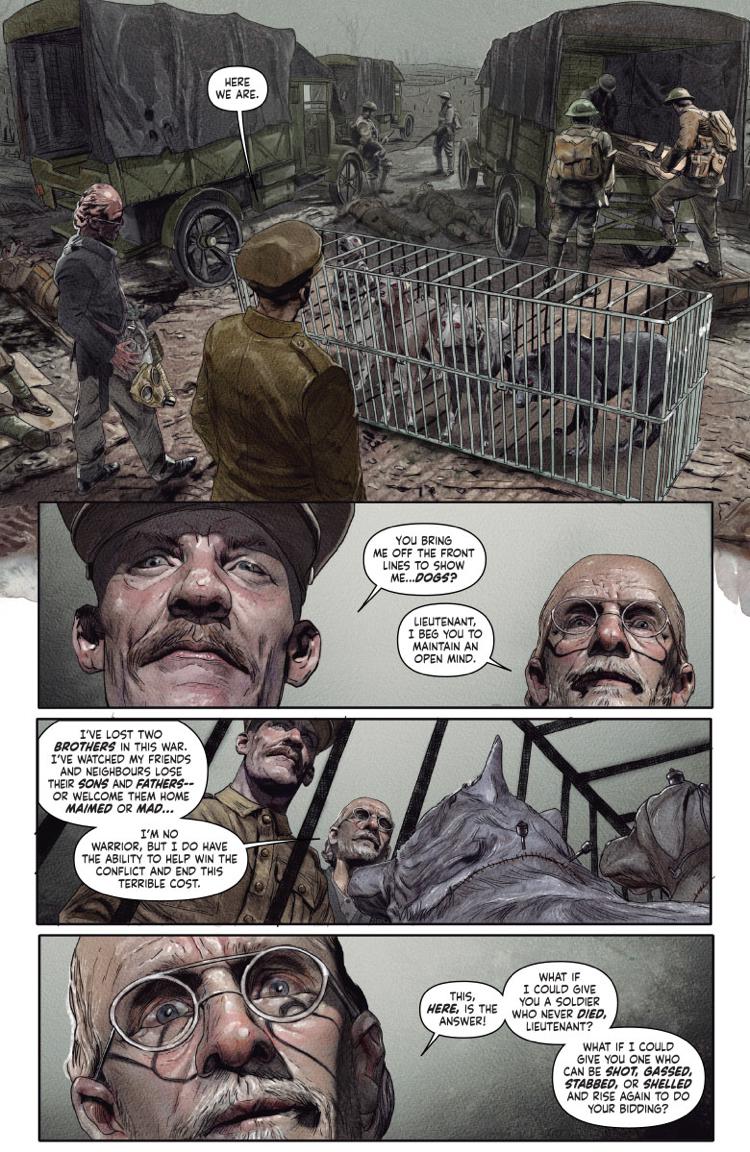 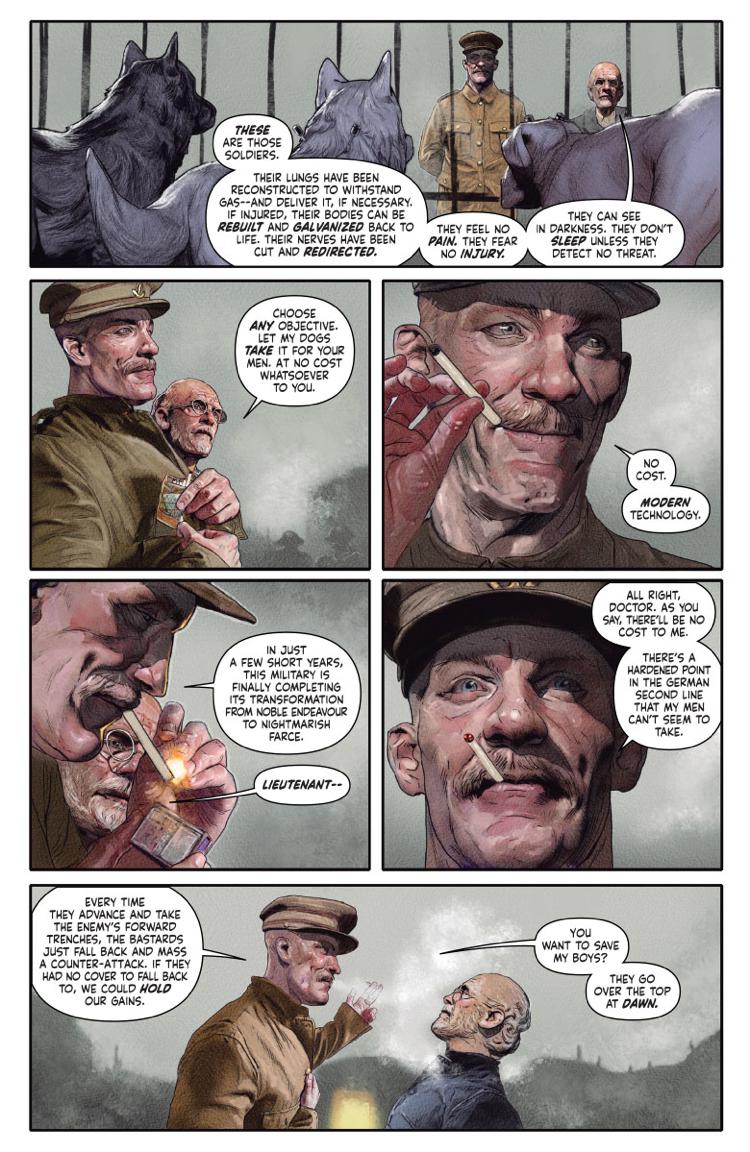