Ethan “Elvis” Avery just wanted to serve his country. Instead, he’s been changed into a monster! Tasked as the government’s own living, breathing ticking time bomb, Ethan retains no control when the monster takes over. The beast is cheaper than a nuclear warhead and twice as effective, and Ethan fights to rein in the damage he unleashes when it springs free for one hour a day. With everyone around him in danger, Ethan struggles to contain the DAMAGE he inflicts on the DC Universe. 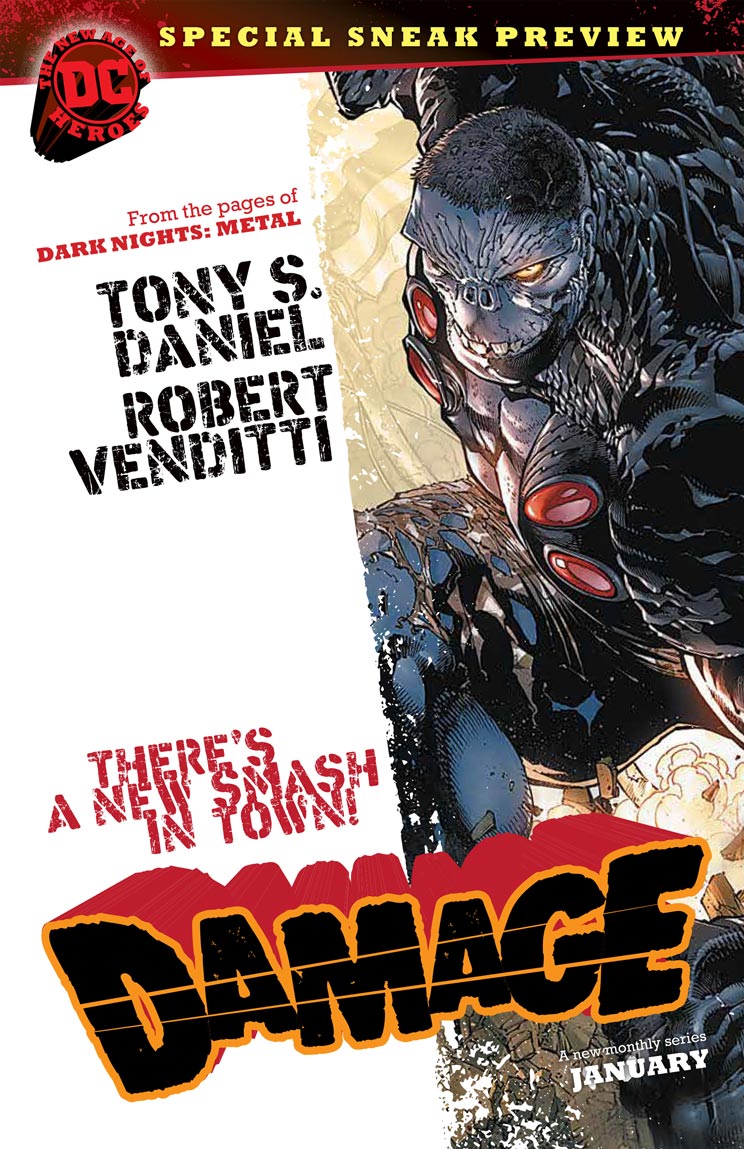 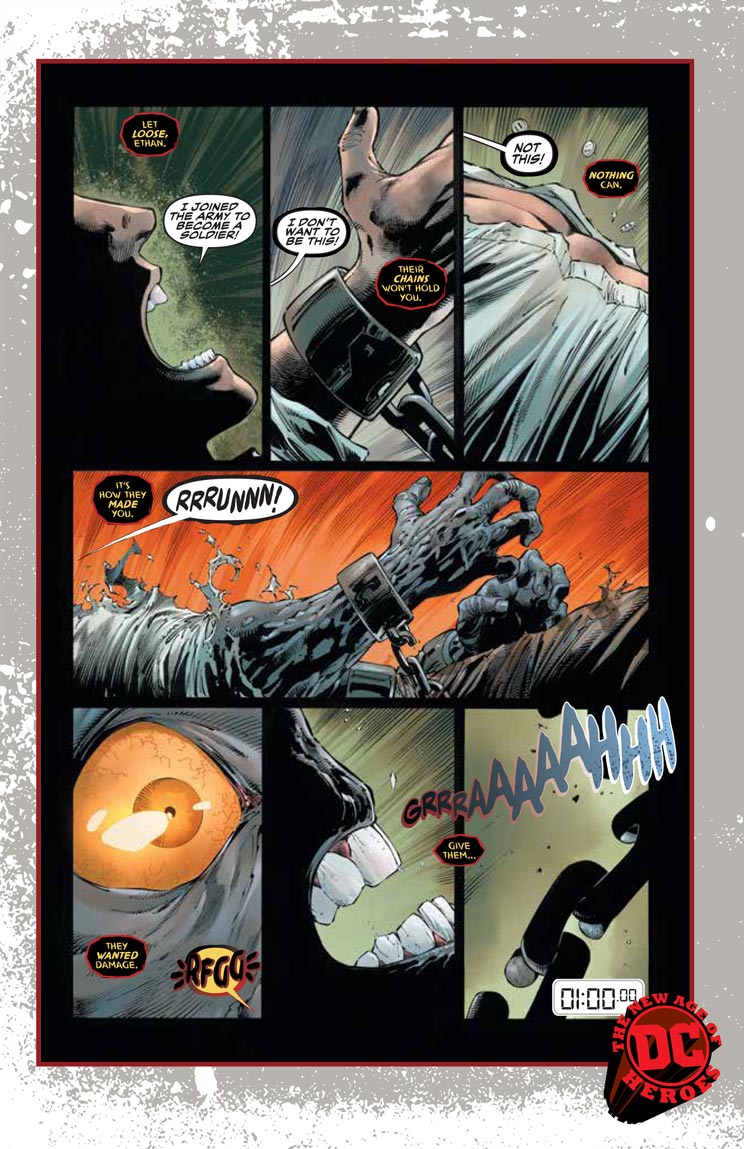 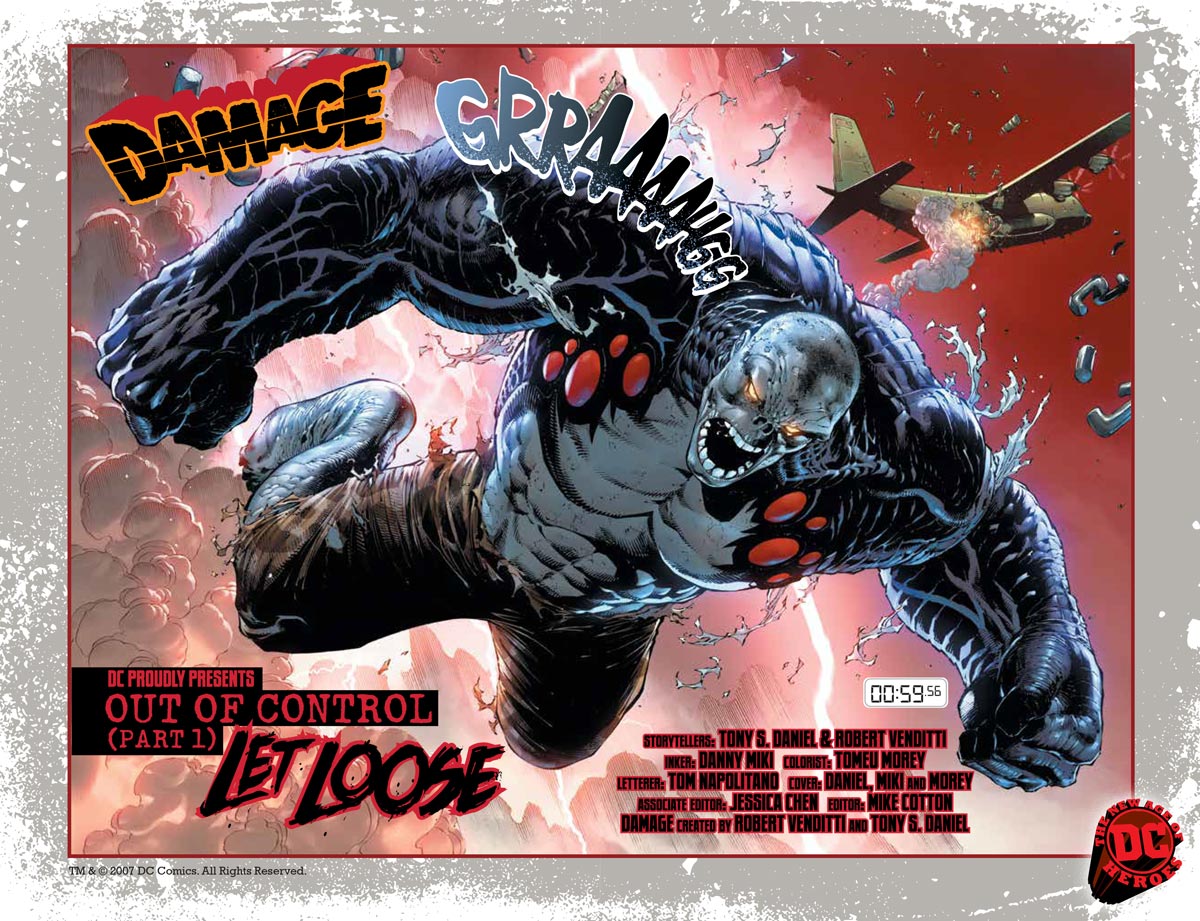 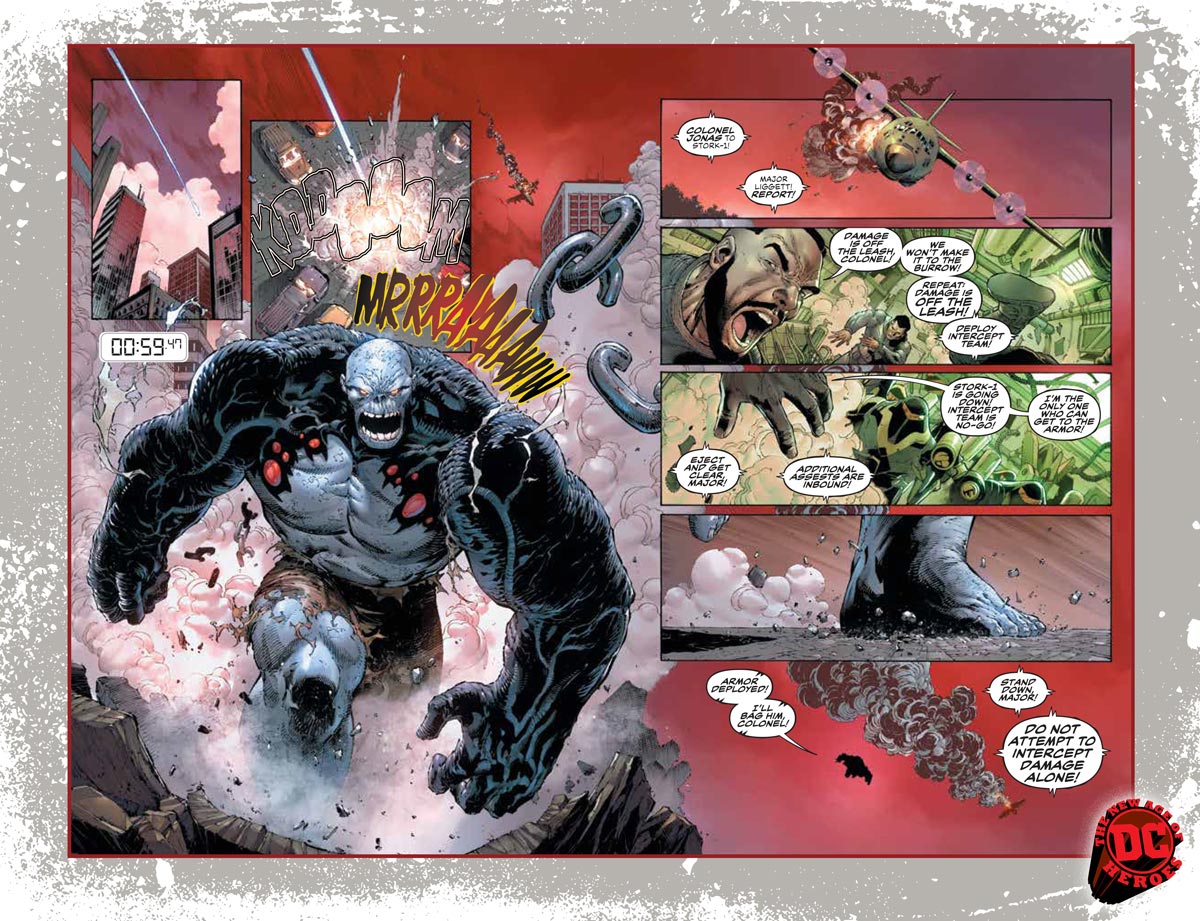 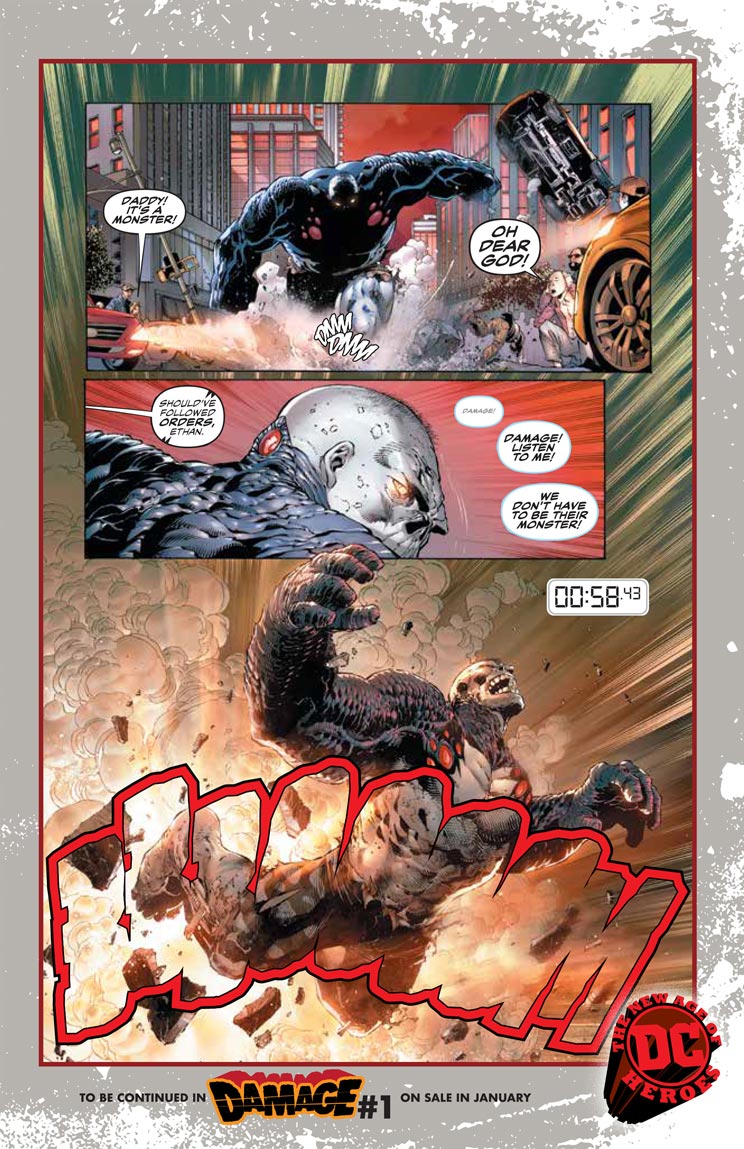 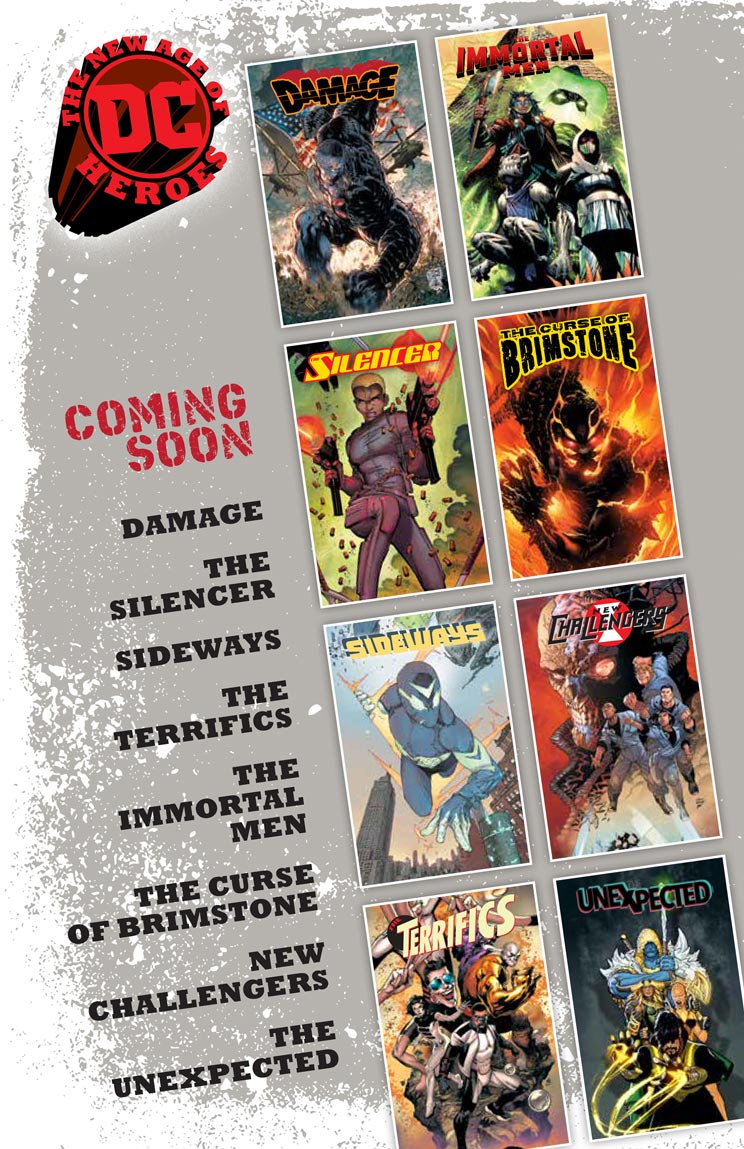 The first title in The New Age of DC Heroes, DAMAGE #1, by Tony S. Daniel, Danny Miki and Robert Venditti, is on sale Wednesday January 17 with an FOC of Monday December 4.