KLAUS AND THE CRYING SNOWMAN #1 continues the annual holiday tradition of new Klaus comic book releases, dating back to the franchise launch, and features a main cover and a variant cover both illustrated by Mora, as well as a variant by Humberto Ramos.

Warrior. Legend. Gift-giver. Klaus is many things to many people worldwide, but this year he is the defender of Earth, alongside a host of other wintery warriors, as a threat of galactic proportions invades the planet and endangers all humans, naughty and nice alike.

“Only Grant, Dan, and Ed could bring you this epic addition to the Klaus mythology, with our hero battling giant tree-monsters on Earth and alien invaders on the moons of Saturn, all while making time to unravel the mystery at the heart of the Crying Snowman,” said Eric Harburn, Senior Editor, BOOM! Studios. “And as with every new adventure, Klaus reminds us what lies at the heart of the holiday season: helping those who need it most.”

For continuing news on KLAUS AND THE CRYING SNOWMAN and more from BOOM!, stay tuned to www.boom-studios.com and follow @boomstudios on Twitter. 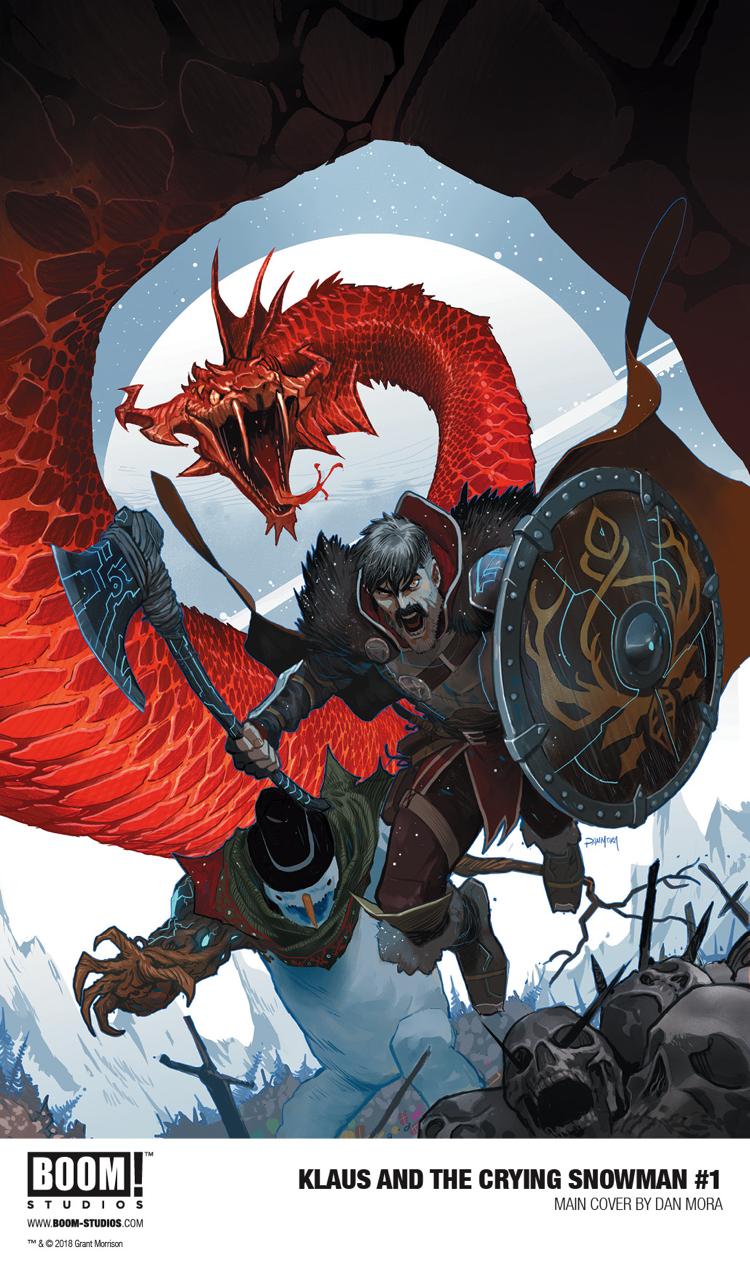 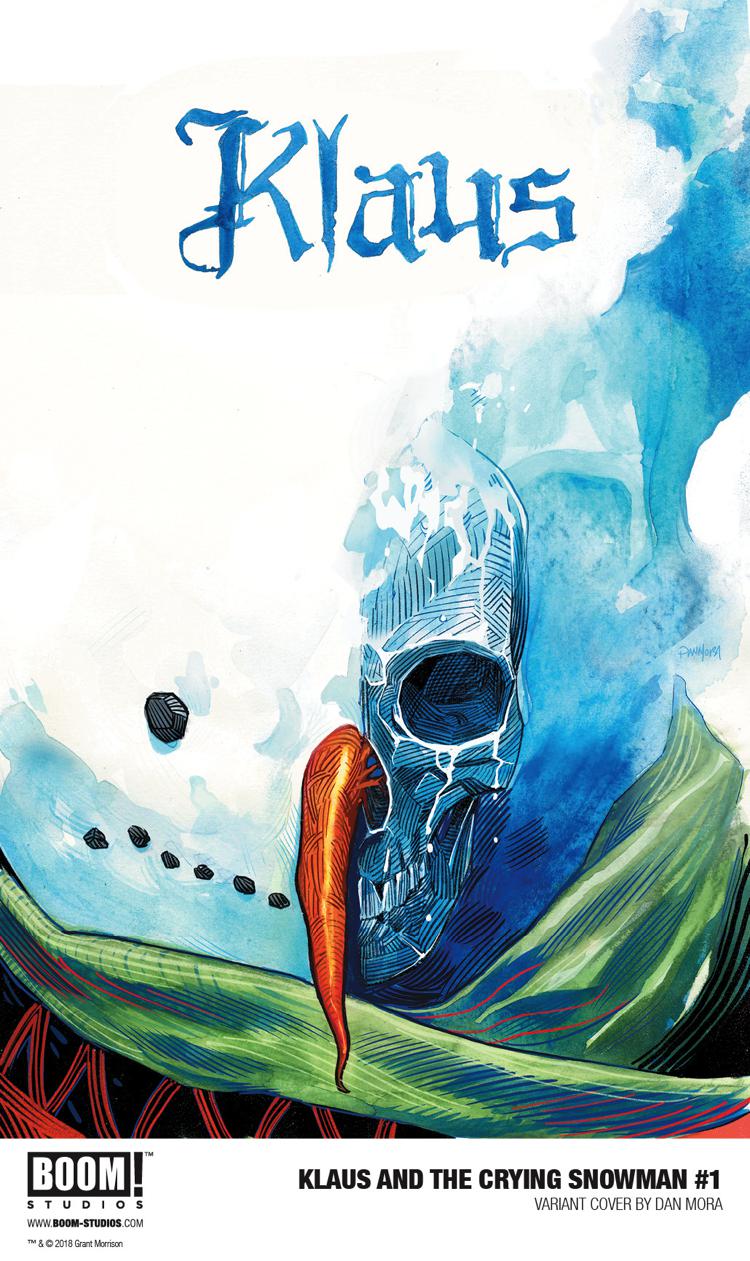 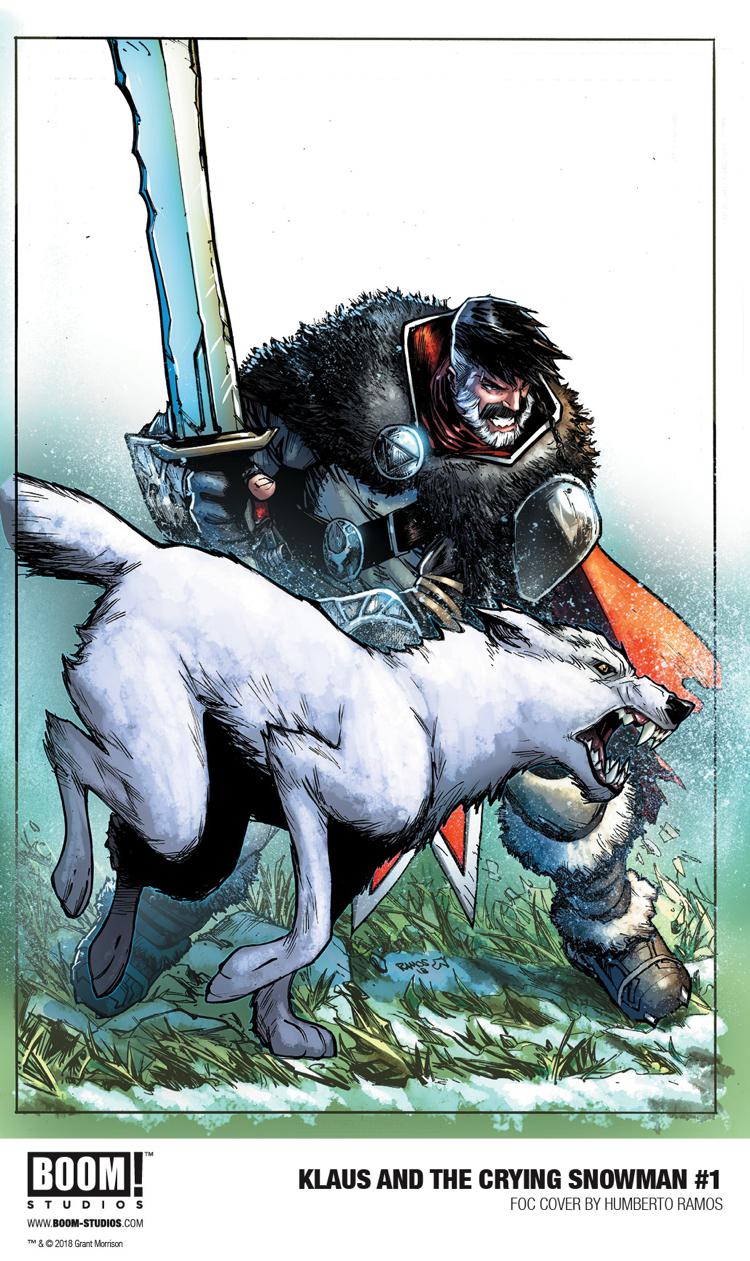 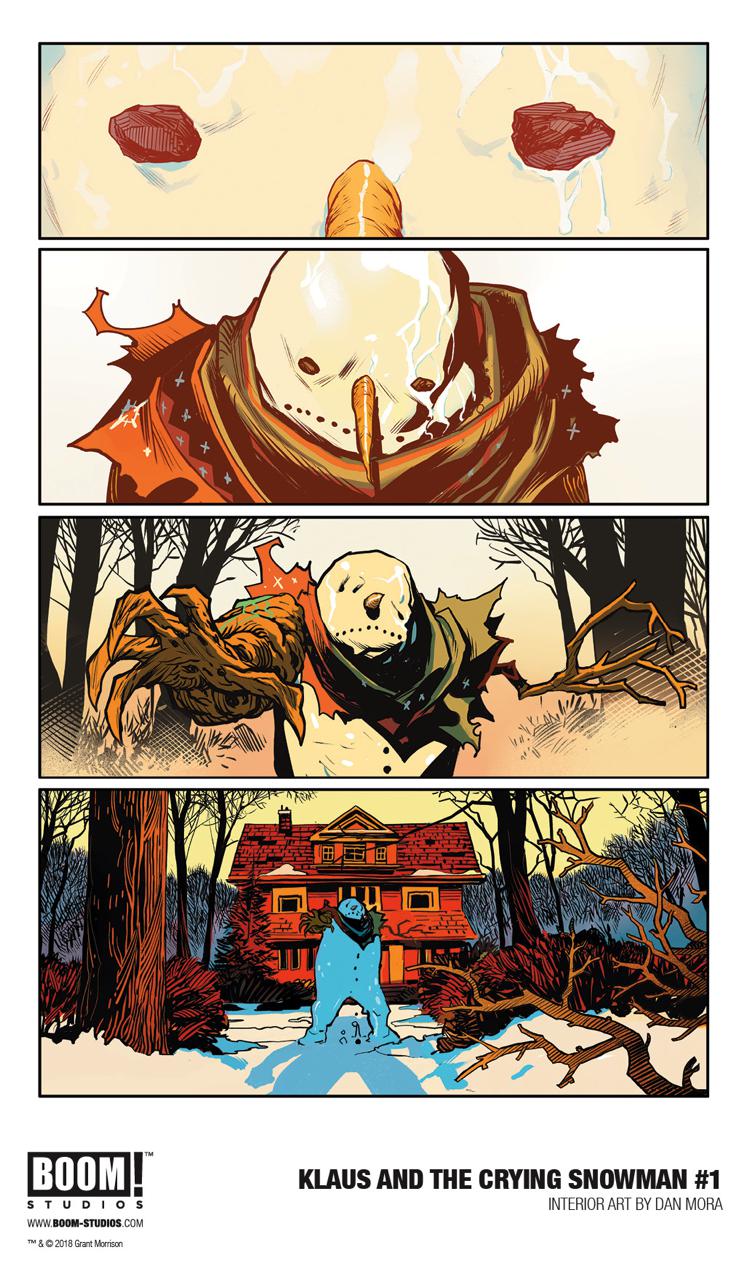 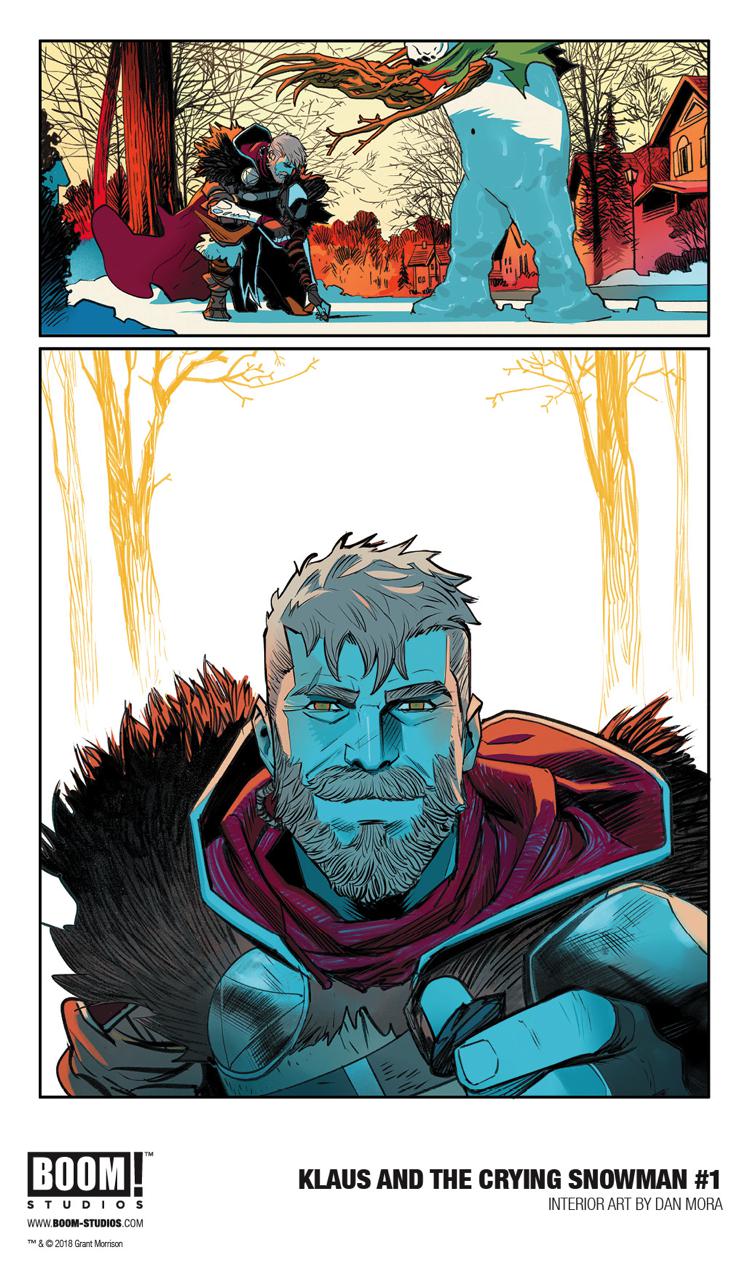 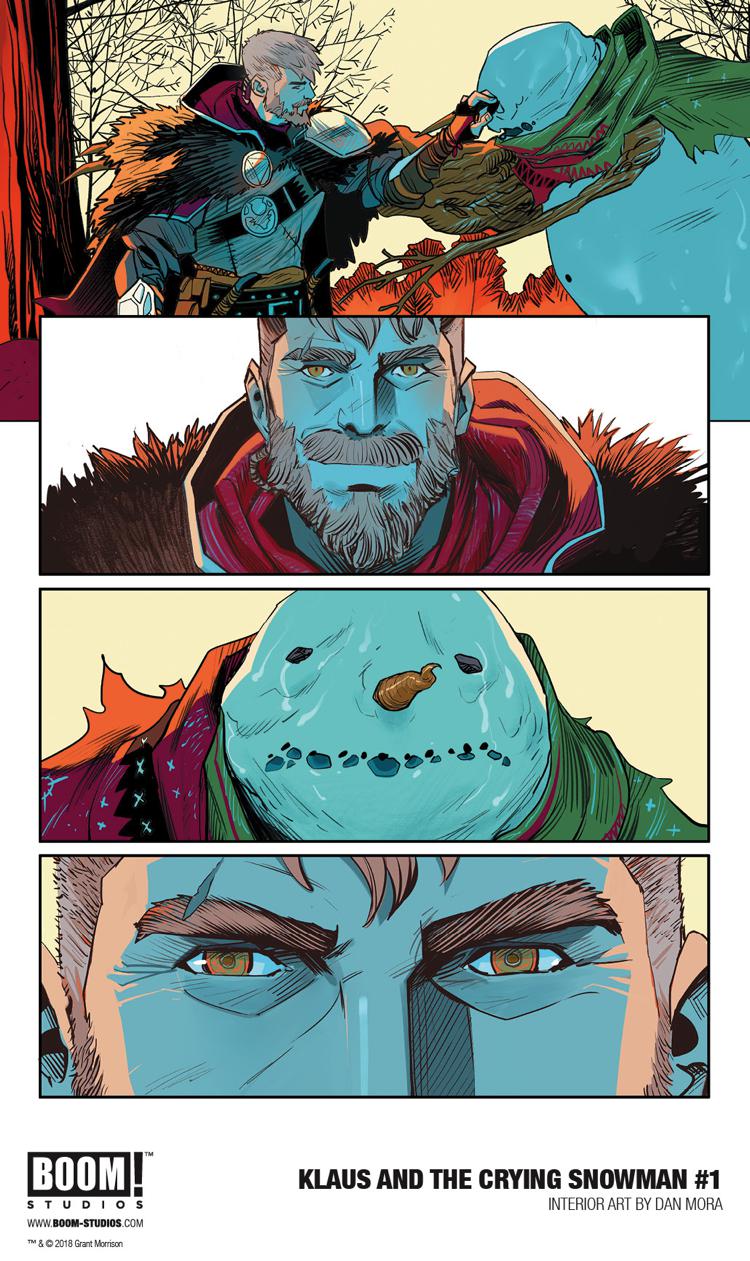 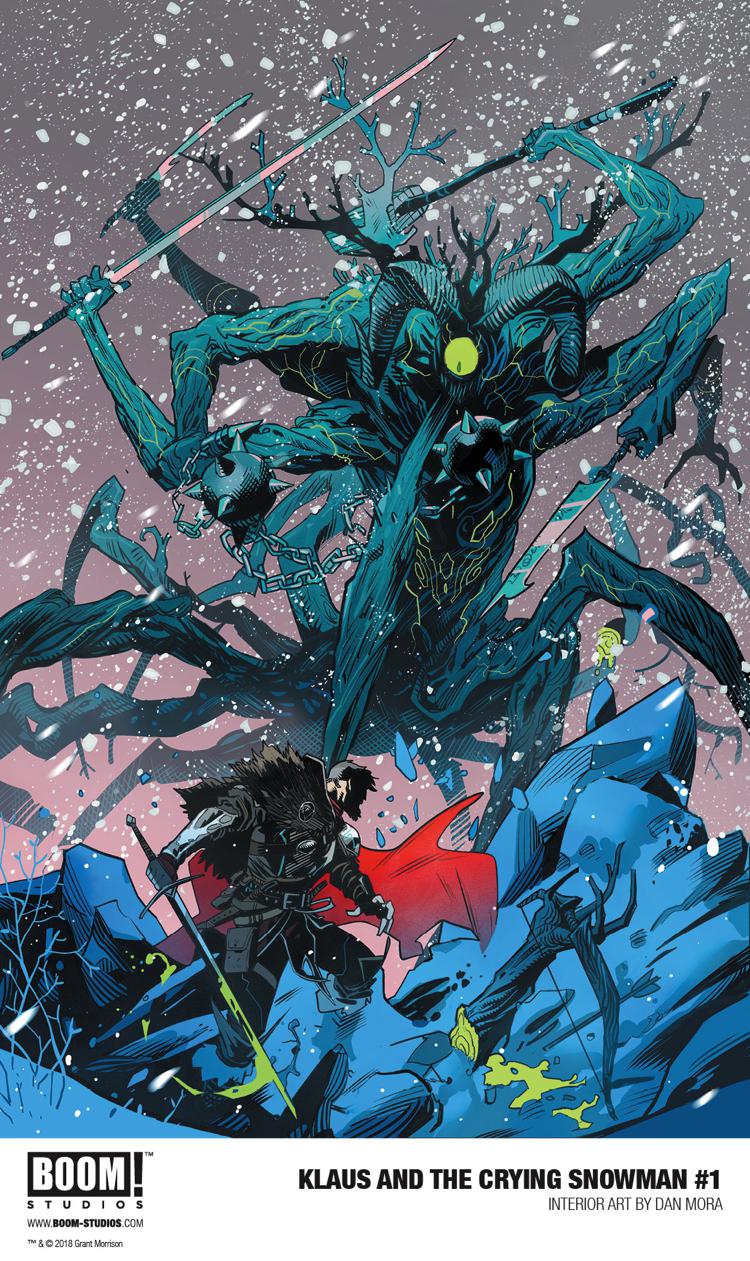 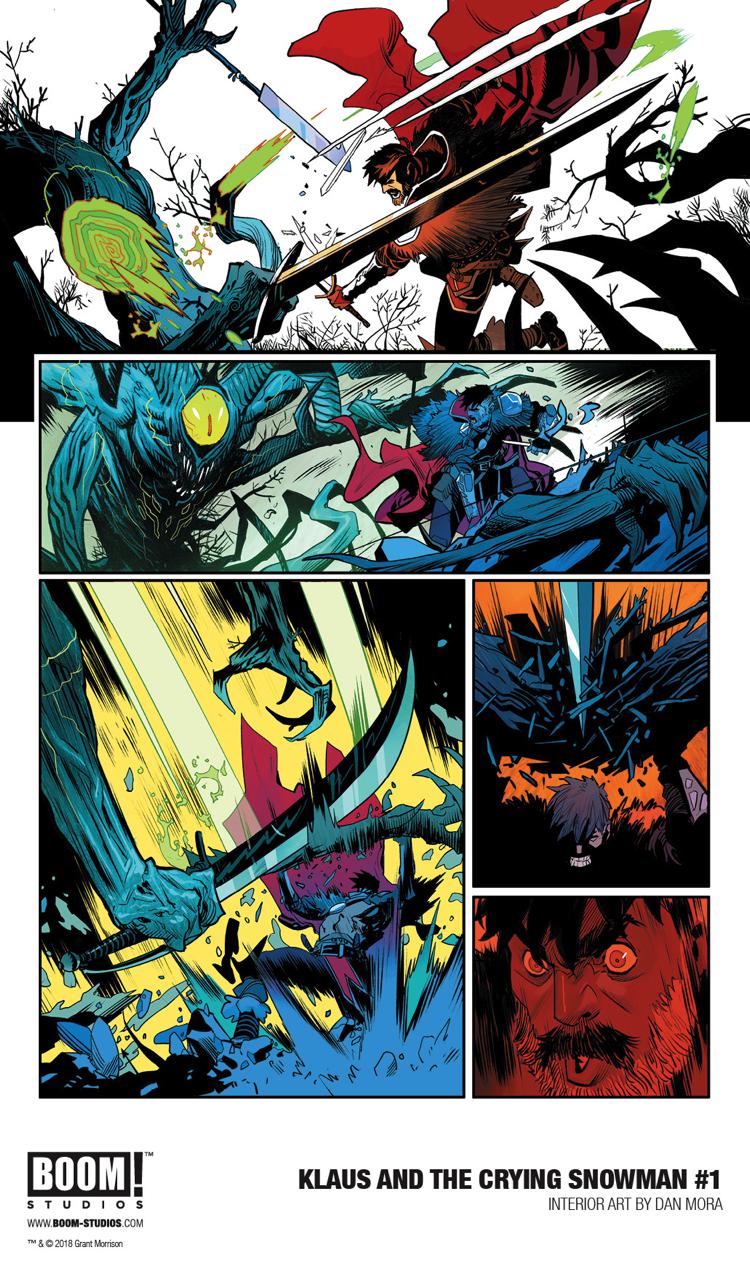