It’s real! It’s happening! The Goat is having a baby!

As revealed at Newsarama, Valiant is proud to present your first look inside QUANTUM AND WOODY! (2017) #3 – A SPECTACULAR “GOATACULAR” celebrating 50 issues of the world’s worst superhero team with a momentous milestone for the ages: The long-awaited birth of the Goat’s offspring! (Ew.) On February 21st, from the twisted minds of rising star Daniel Kibblesmith (The Late Show with Stephen Colbert) and special guest artist Francis Portela (FAITH), the Valiant Universe will never be the same again as Eric and Woody Henderson bear witness to the hugely anticipated coming of this titanic new force with a staggering 100 72 64 48 32-page baby shower of power…and once this bundle of joy ventures forth, there won’t be any KIDDING around! (Sorry, had to.)

If you add them all up, this would be Quantum and Woody’s 50th issue! What better time to answer the eternal question: “Whatever happened to the Goat, anyway?” At last, the whole saga of Dr. Derek Henderson’s transformation from brilliant physicist and beloved father into a barnyard animal of unimaginable power can finally be told…and all of his secrets revealed, beginning with the long-awaited arrival of the Goat’s mysterious and mystifying offspring!

Pay tribute or pay the price! On February 21st, jump on board here to find out why the winter’s dazzling and death-defying comic debut has fans and critics captivated with its high-octane superheroics and bold buddy comedy antics of the most vitriolic Valiant variety:

“✮✮✮✮✮… One of the smartest, funniest, best-looking books on the shelves… [QUANTUM AND WOODY!] will blow you away.” – Court of Nerds

“✮✮✮✮✮…  Valiant is kind of killing it right now… Kibblesmith and Kano are a great team, and I look forward to following them along for this ride.” – Comic Bastards

“✮✮✮✮½… [QUANTUM AND WOODY!] is a feast for the eyes… Hilarious and striking…” – Big Comic Page

“✮✮✮✮½… Quantum and Woody are back and better than ever… Pick it up.” – The Brazen Bull

“✮✮✮✮… Brilliantly chaotic… [QUANTUM AND WOODY!] is a visual treat that stands above…” – Graphic Policy

On February 21st, take a long walk down memory lane as Eric and Woody Henderson recount their most touching recollections of the father that made them into men…y’know, before he was blown up and had his consciousness transplanted into the body of a female goat with supernormal abilities…in QUANTUM AND WOODY! (2017) #3 – featuring covers by Julian Totino Tedesco (Hawkeye), Geoff Shaw (God Country), andDave Johnson (100 Bullets)!

Come for the poignant family drama, then stay for the first “goat birth” key issue in comics history, courtesy of Daniel Kibblesmith and Francis Portela! 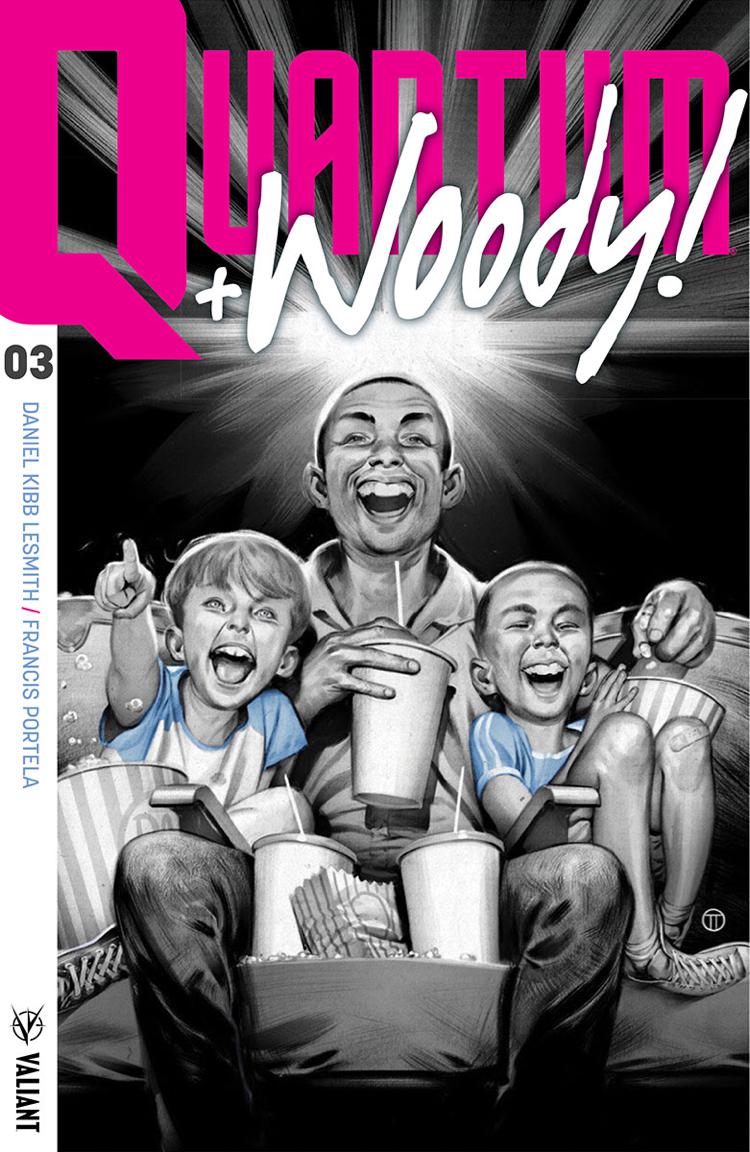 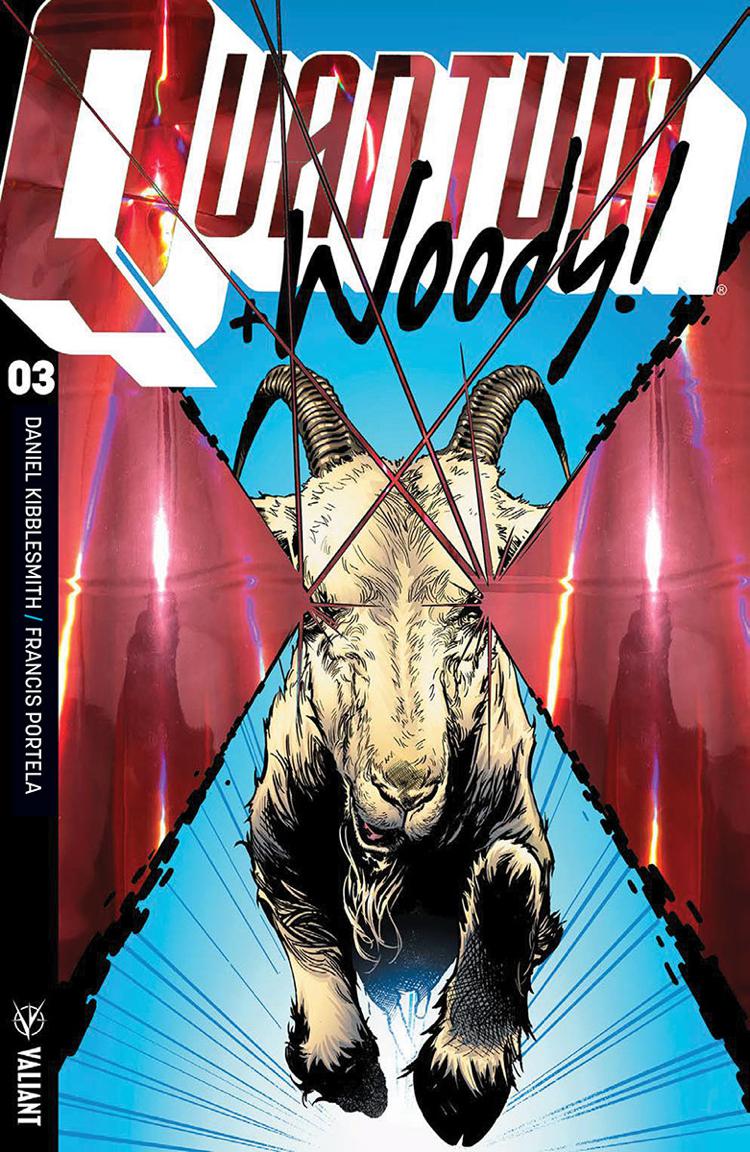 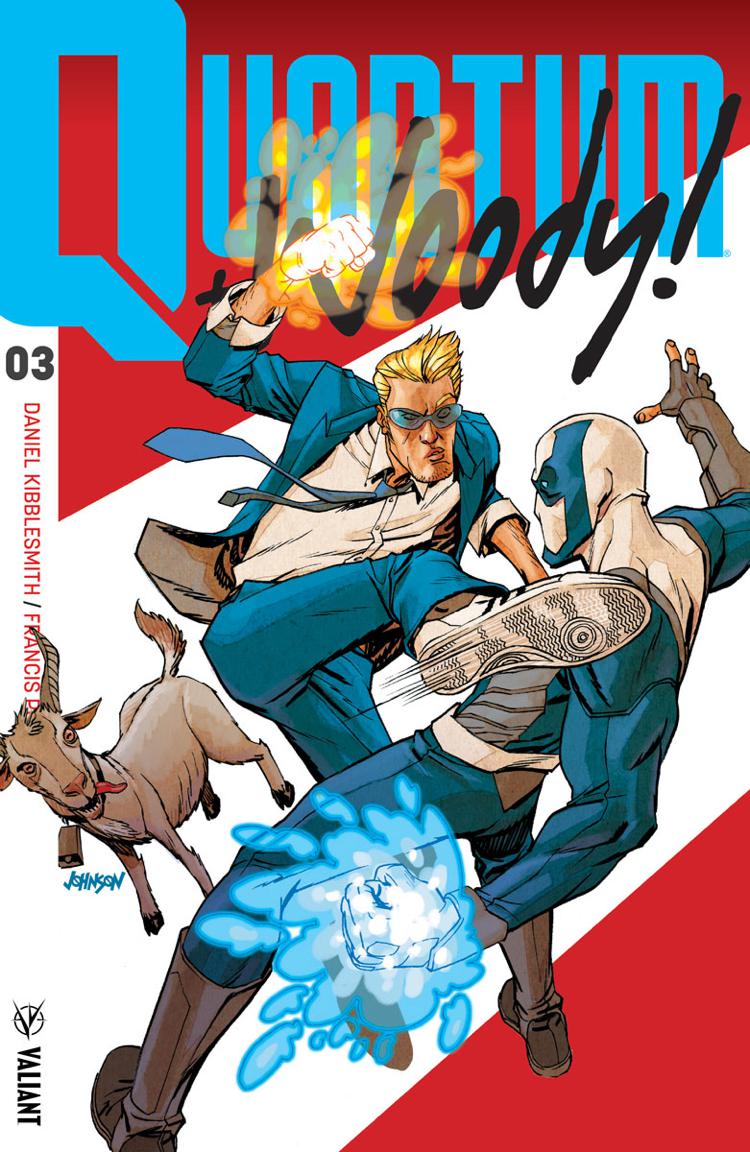 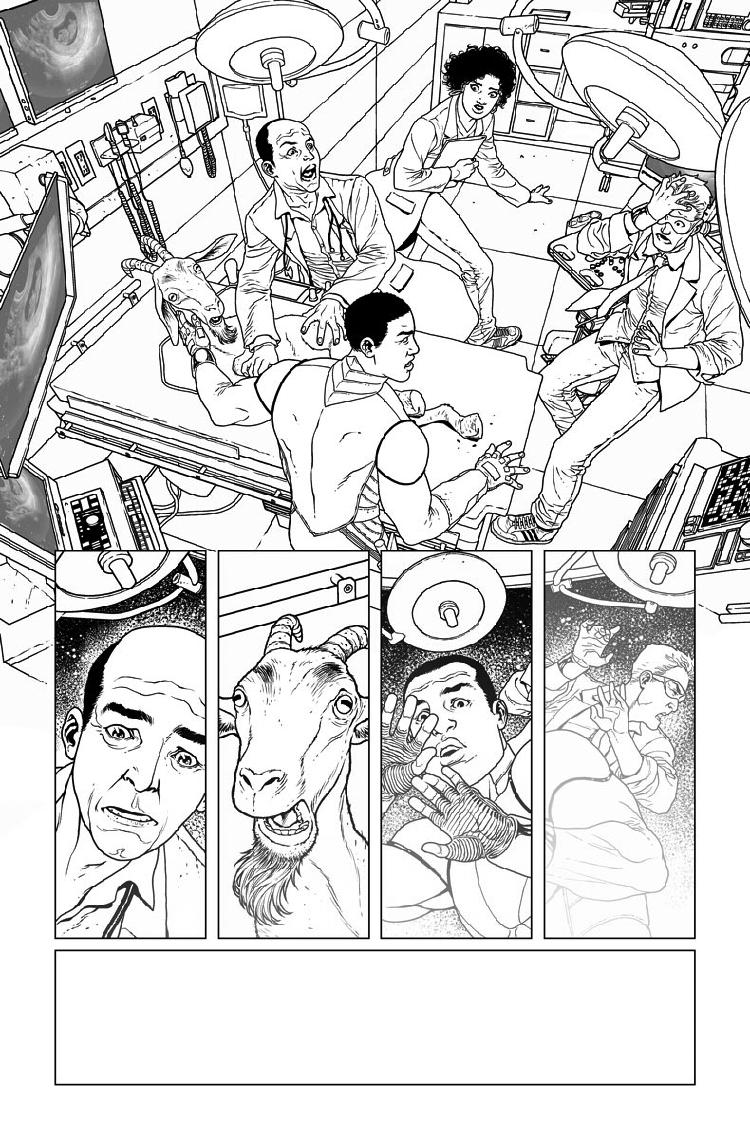 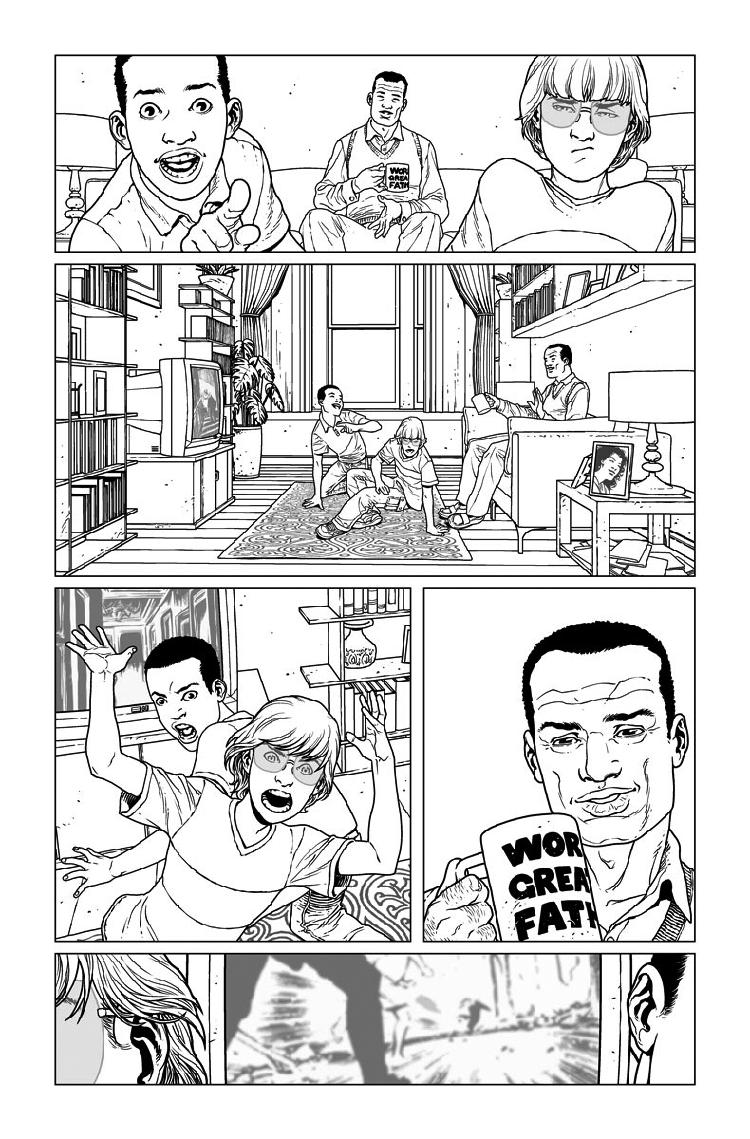 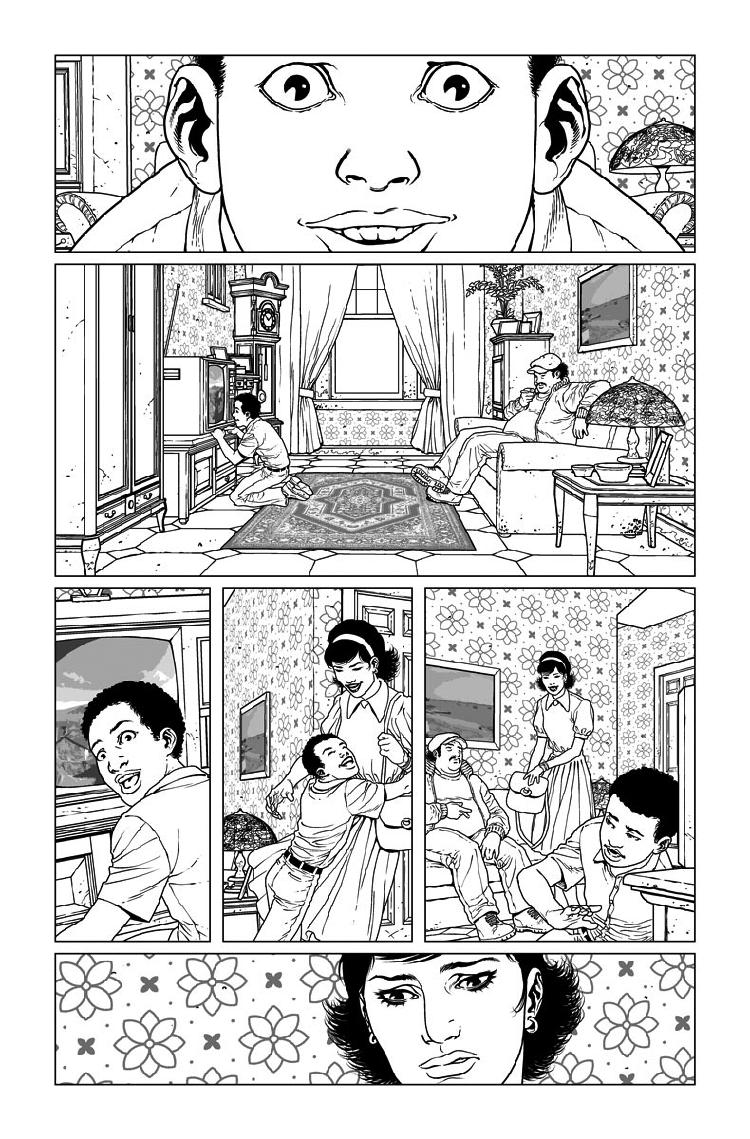 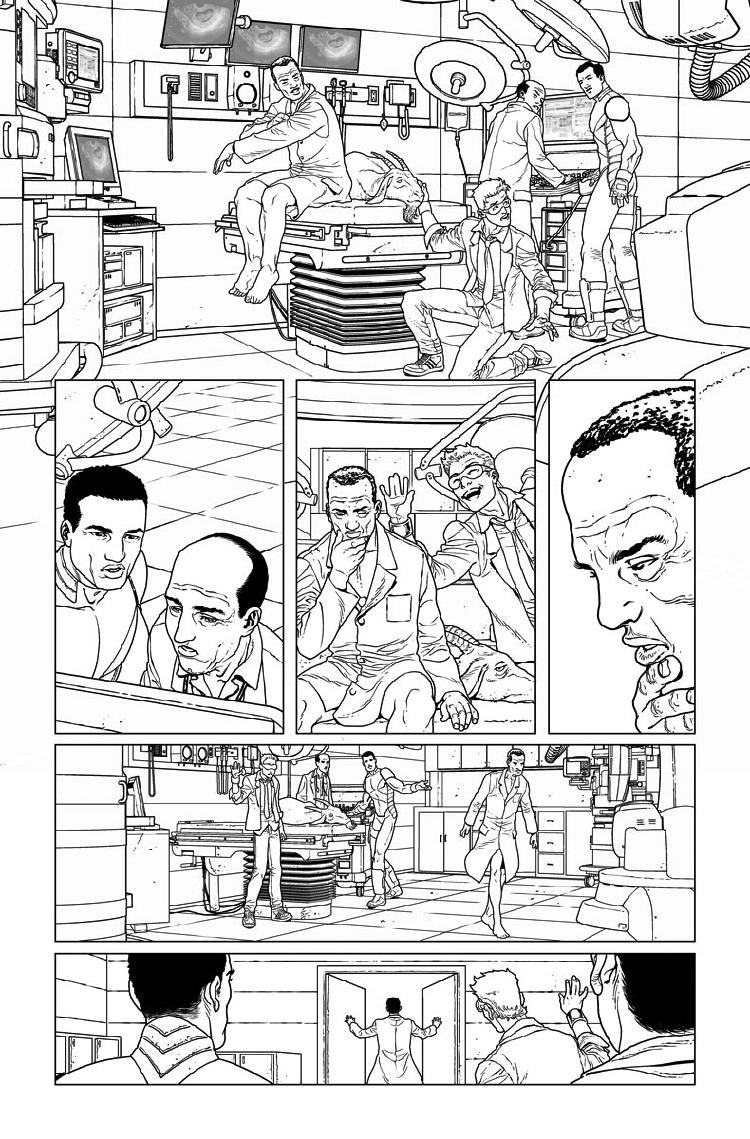