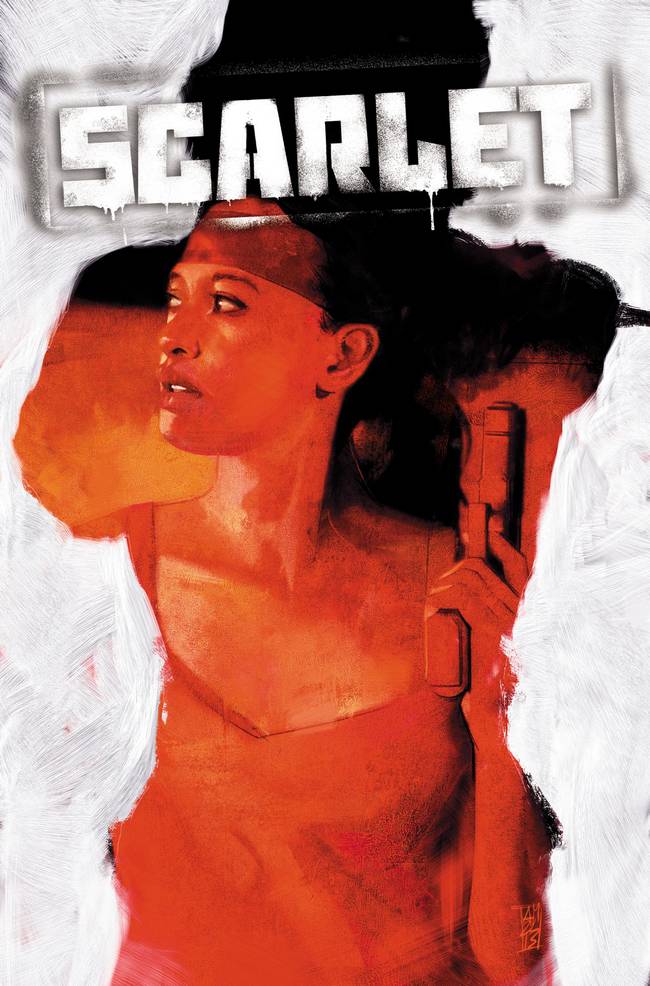 New York, NY—April 8th, 2016 — The wait is over and Scarlet Rue is back in business! Today, Marvel is pleased to present your look inside SCARLET #8 – the smash-hit Marvel/ICON series returning this May! Scarlet Rue returns to rebel against a corrupt society once more! Brian Michael Bendis and Alex Maleev, the Eisner Award-winning team that brought you Daredevil and now International Iron Man bring you the long awaited next chapter in their smash hit creator owned series!

She’s ready to take her one-woman American Revolution to the next level. It’s time to put a stop to the corruption that’s strangling her city. With the entire country is watching, she’s about to make her boldest move yet. Taking City Hall hostage! But how will the public react to her demands?

“Every day fans have asked us for SCARLET’s return and I wanted to make sure we had the rest of this chapter done and ready to go,” says series writer Brian Michael Bendis. “So not only is issue #8 headed your way but issues #9 and #10 are also done, fully painted, and following in a bi-weekly shipping schedule.”
Created in 2004, Marvel’s ICON imprint is designed specifically for top-tier creators to tell their bold, creator-owned stories featuring their own characters and creations. Producing critically acclaimed hits such as Scarlet, Powers, Kick-Ass and many more, Marvel’s ICON imprint has solidified itself as the place to be for exciting stories from A-list creators.

Catch up on past issues of SCARLET, available now digitally, before it’s exciting return. Don’t miss out on the series that will have everyone talking once more when SCARLET #8 comes to comic shops and digital devices this May! 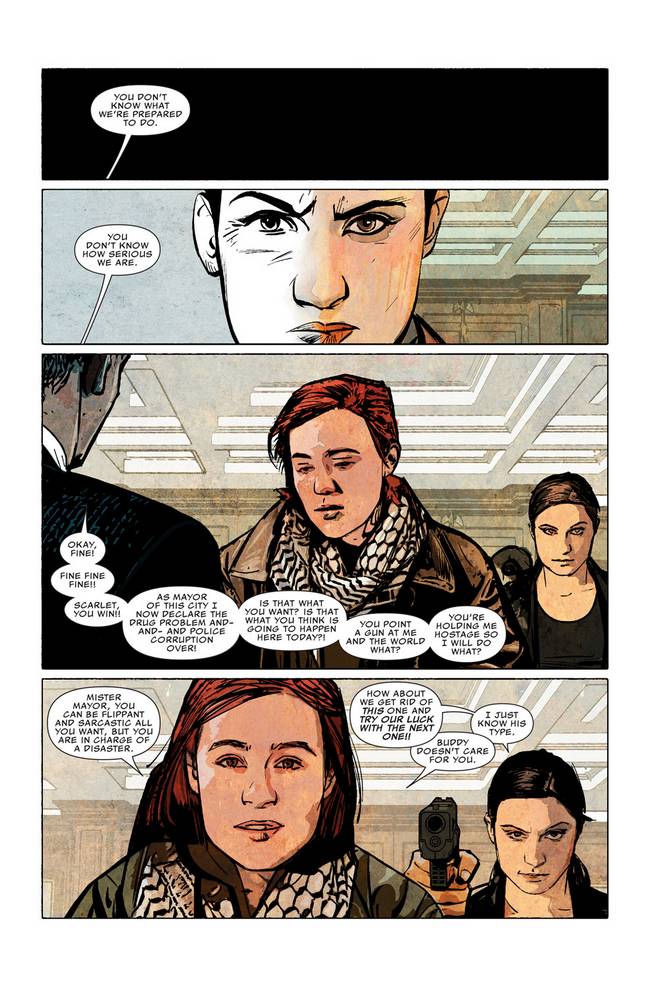 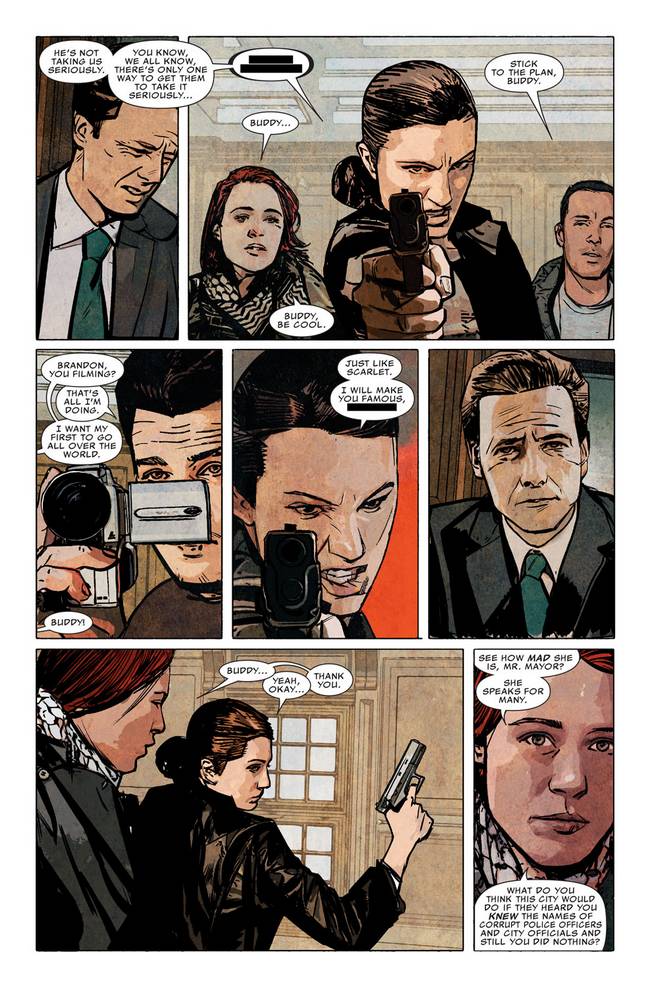 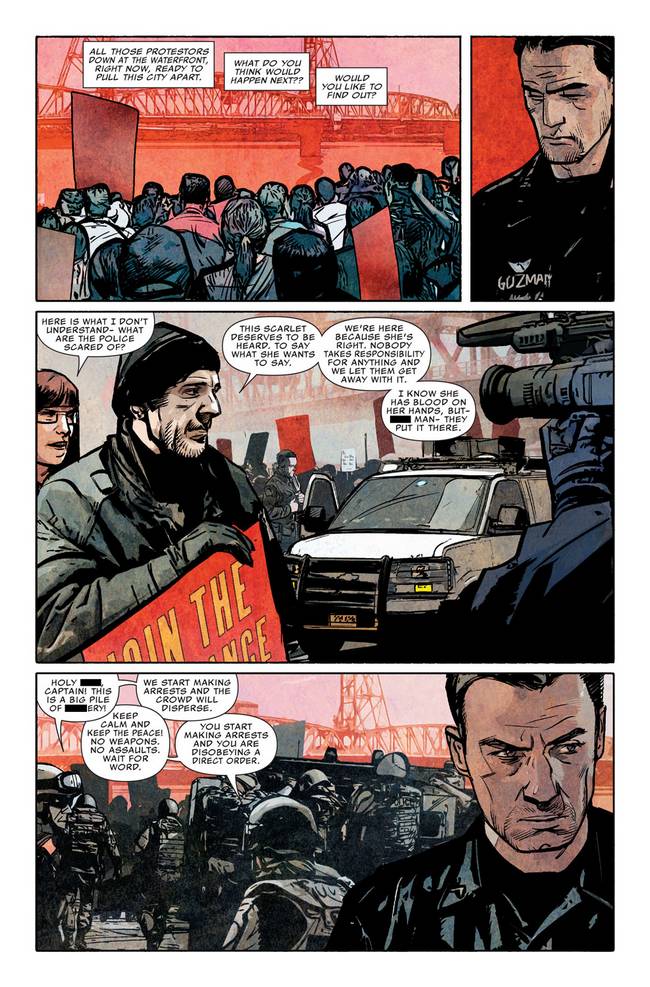 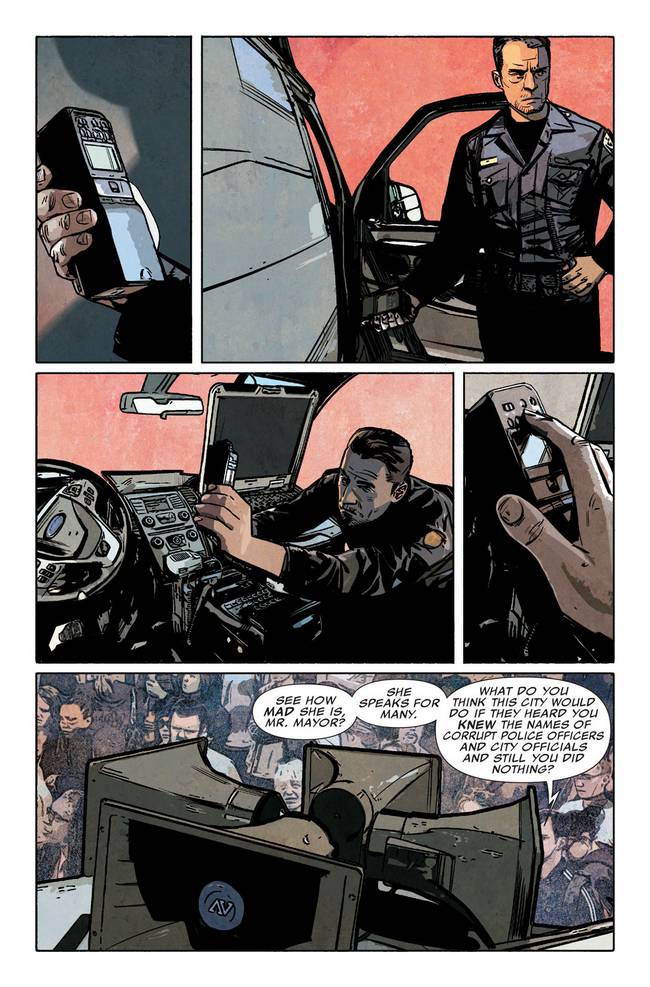 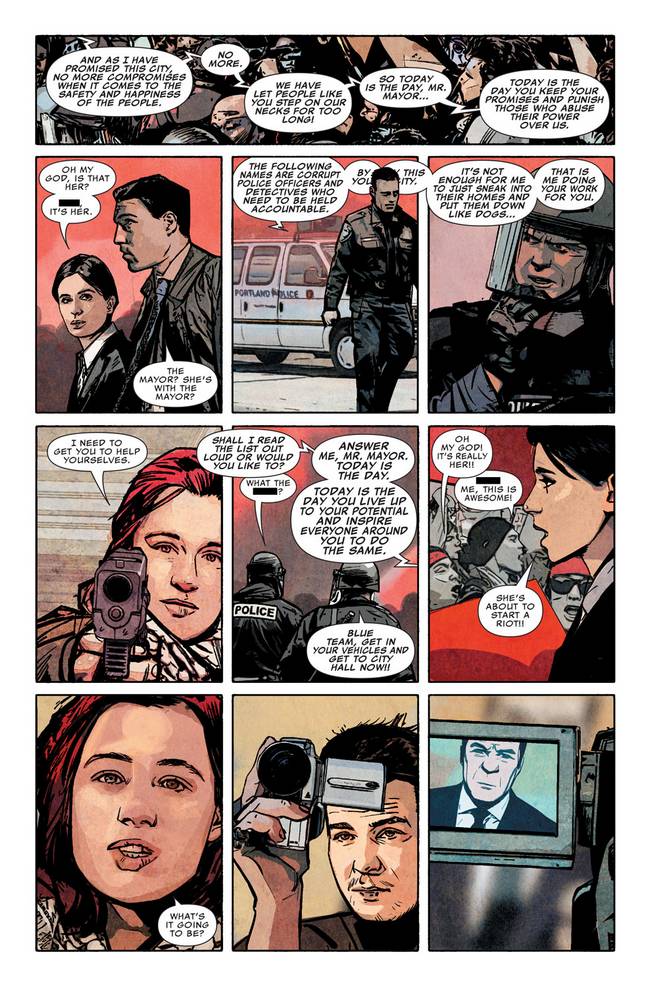