Artemisia is the daughter of a Naval Captain, born of two very different worlds and never quite fitting in with her father’s family nor the high-class life to which they belong in the complicated time that is the Victorian Era of London, 1851. Trapped in the beautiful, deadly world of Faerie, Art realizes that there is only one way out. To survive, she has to fight. To escape, she has to win.

“Art’s journey has just begun – and now she’s going to make the truly hard choices needed to save two worlds…and herself in the process,” said Chris Rosa, Editor, BOOM! Studios. “Delilah, Matias, Rebecca, Jim, Miguel and the whole team are about to take you even deeper into the world of Faerie, where nothing is quite what it seems and everything is uncertain. It’s going to be one helluva ride!”

Print copies of SPARROWHAWK #2, featuring a main cover by Miguel Mercado (Saban’s Go Go Power Rangers), will be available for sale on November 7th at local comic book shops (use comicshoplocator.com to find the nearest one) or at the BOOM! Studios webstore. Digital copies can be purchased from content providers, including comiXology, iBooks, Google Play, and the BOOM! Studios app.

For continuing news on SPARROWHAWK and more from BOOM! Studios, stay tuned to www.boom-studios.com and follow @boomstudios on Twitter. 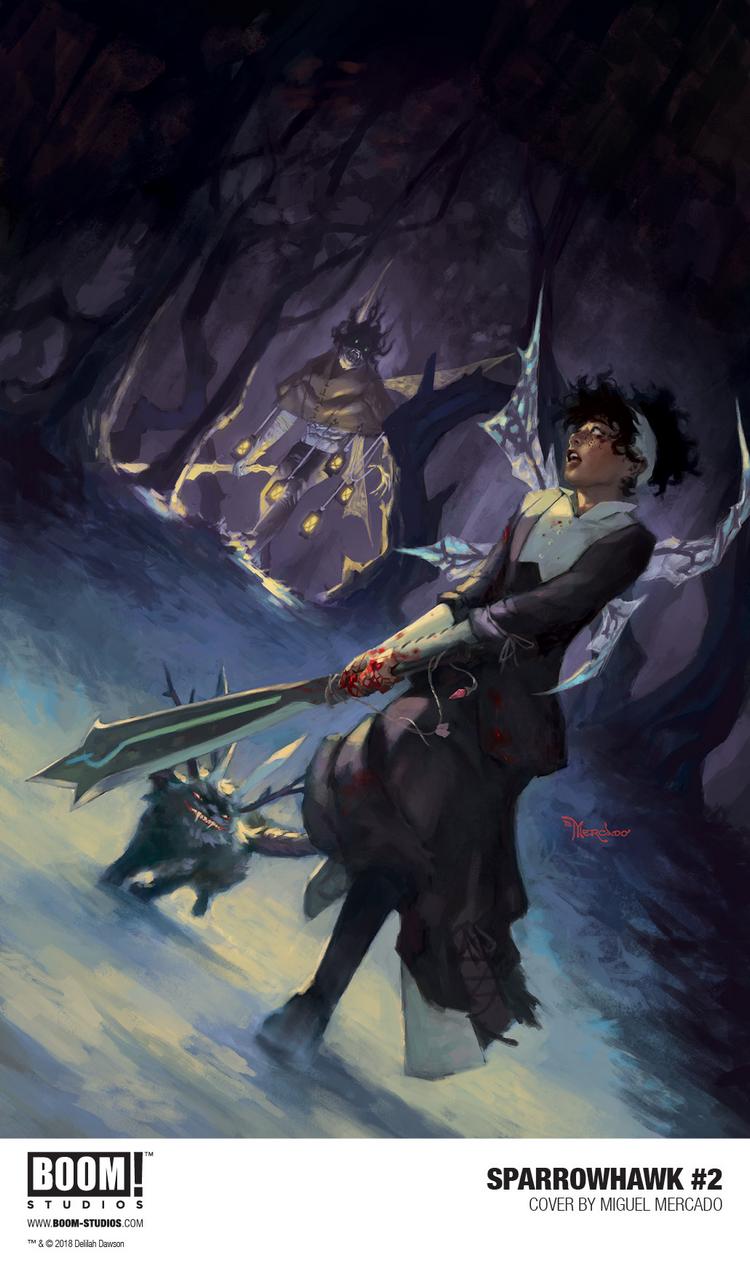 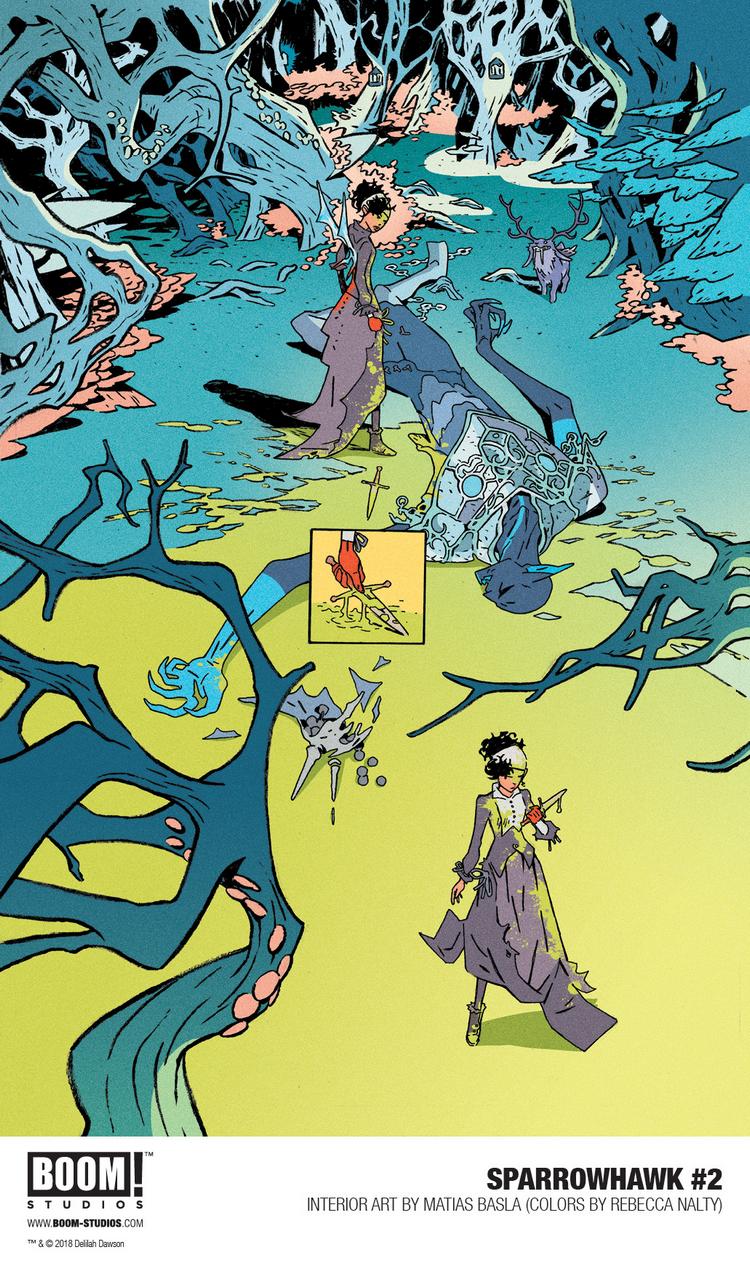 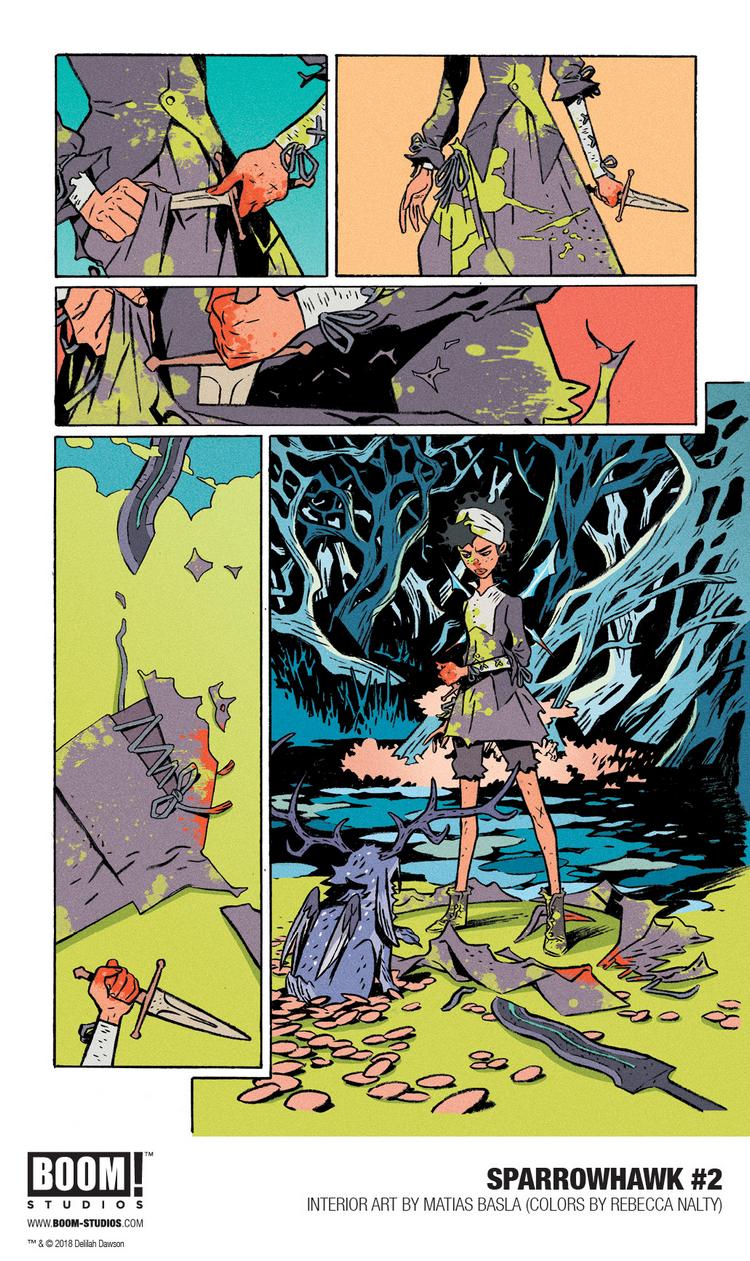 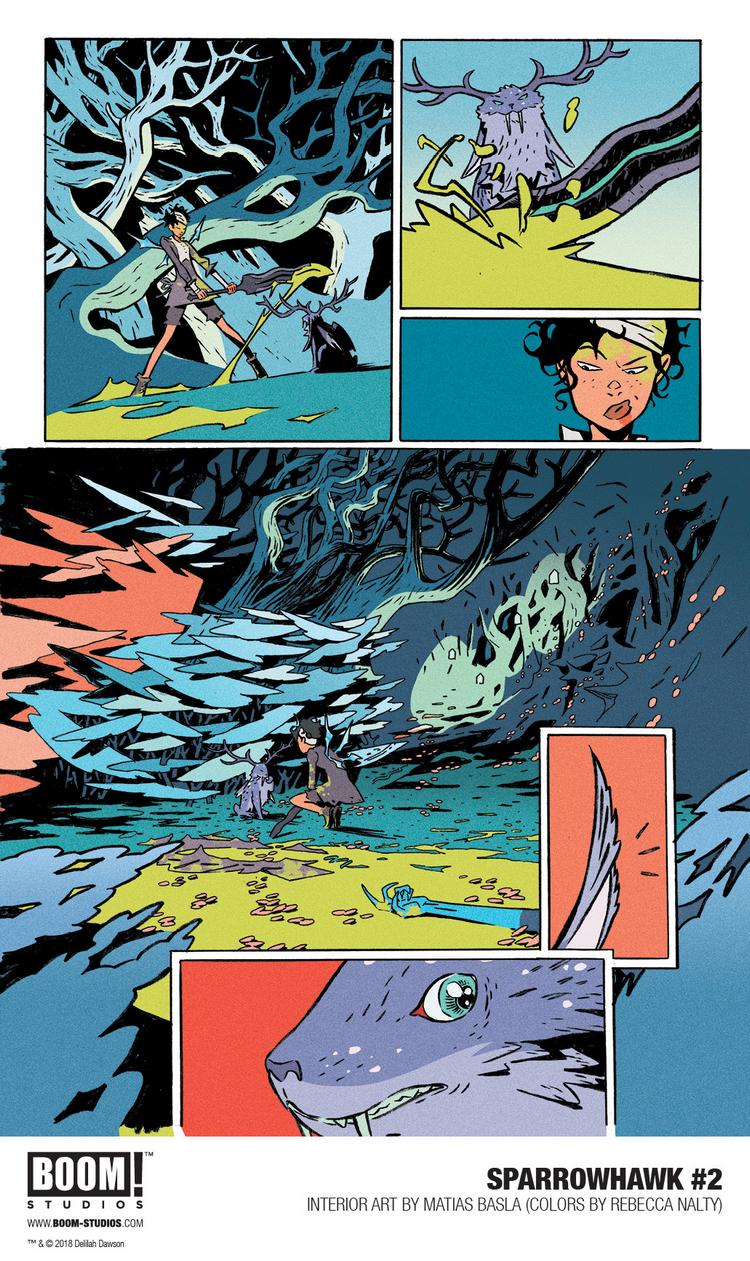 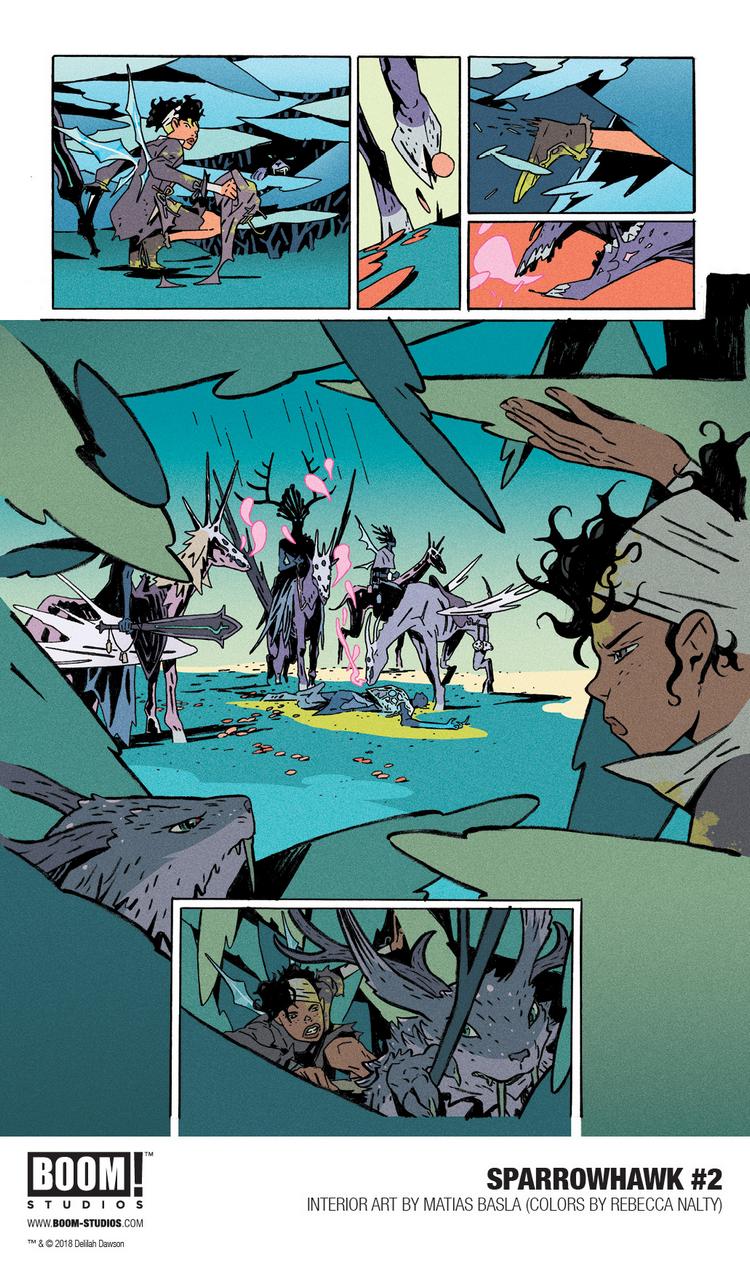