DC Comics has shared its First Look at February 15th’s Super-Sons #1, a brand new monthly starring Jon Kent as Superboy and Damian Wayne as Robin — the sons of Superman and Batman together again for the first time!

“When I grow up” part one! The sons of Batman and Superman have graduated to their own monthly comic—but if they want to survive, they’re going to have to share it! Writer Peter J. Tomasi (BATMAN & ROBIN, SUPERMAN) teams with rising-star artist Jorge Jimenez (EARTH 2) to bring you the adventures of the World’s Smallest. This debut issue looks at the lives of Robin and Superboy and their destiny to follow in their fathers’ footsteps, while we meet a new villain whose ascension parallels the boys’ own understanding of their powers—except that he believes it’s his right to rule over every being on the planet! 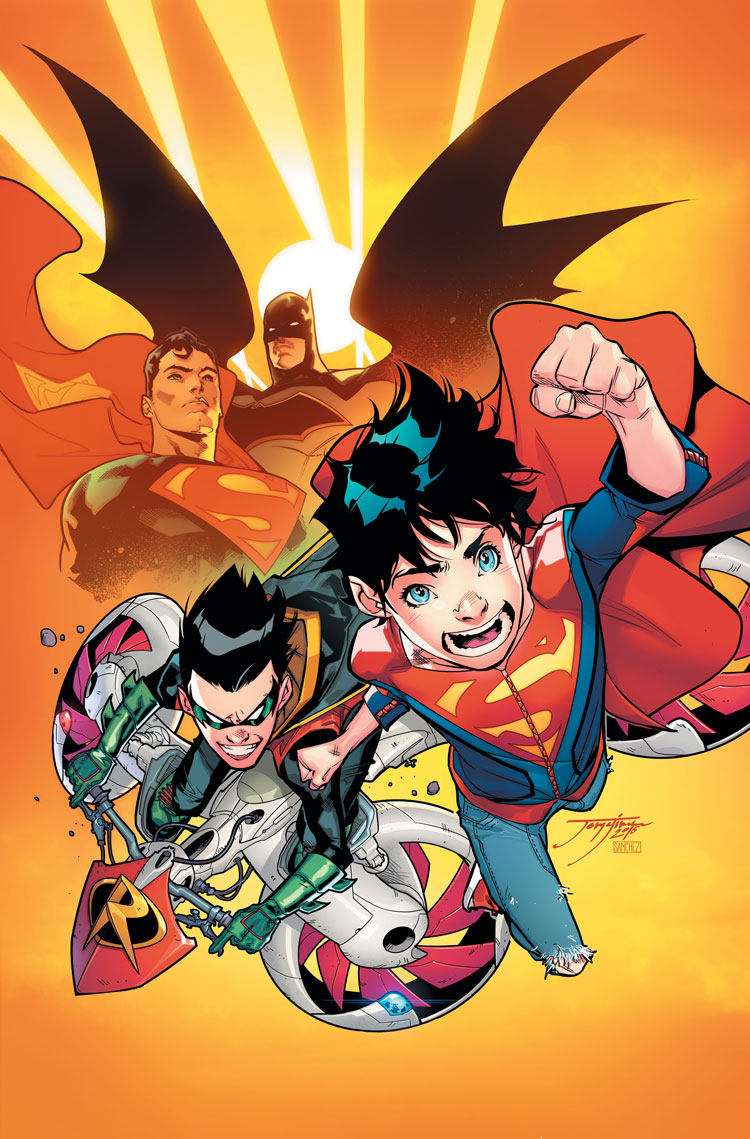 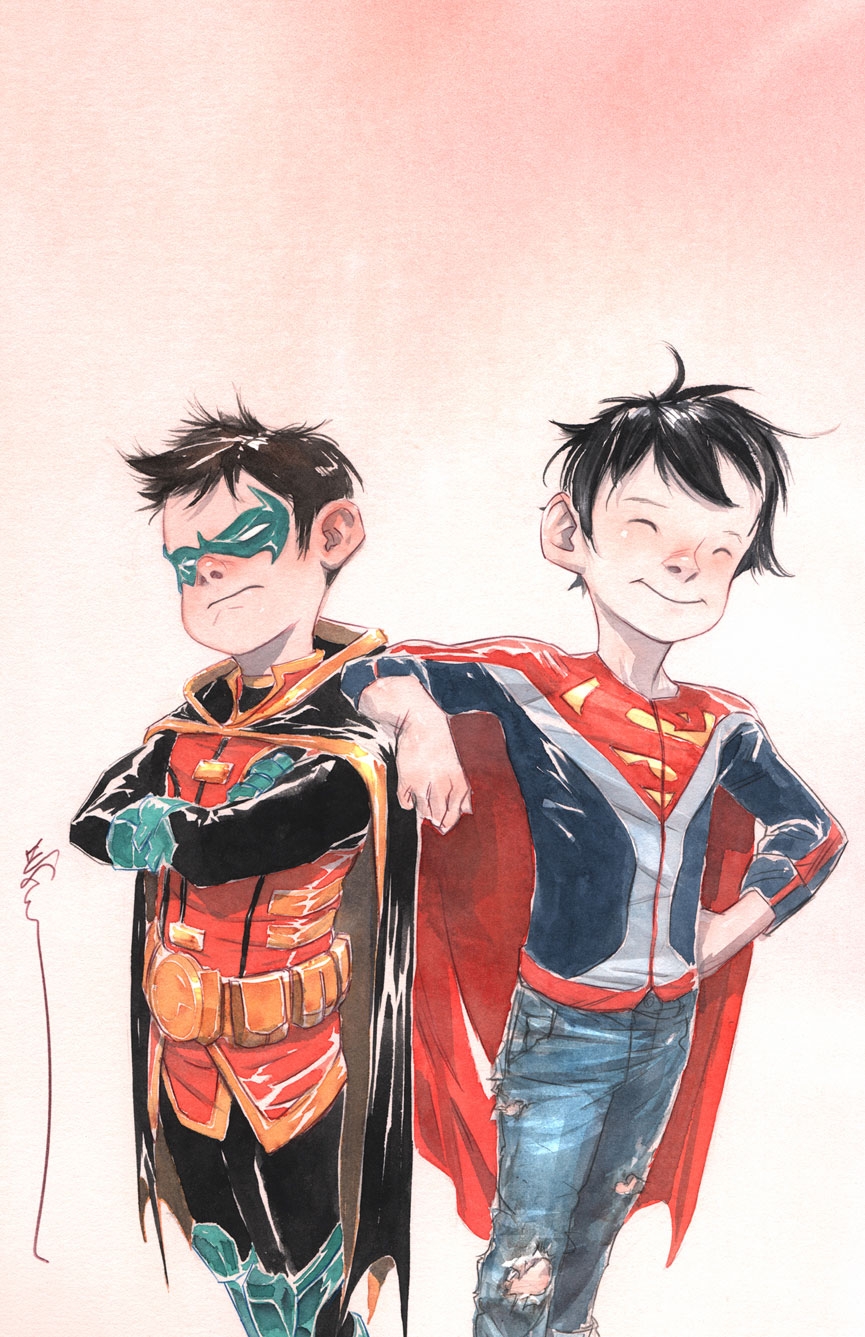 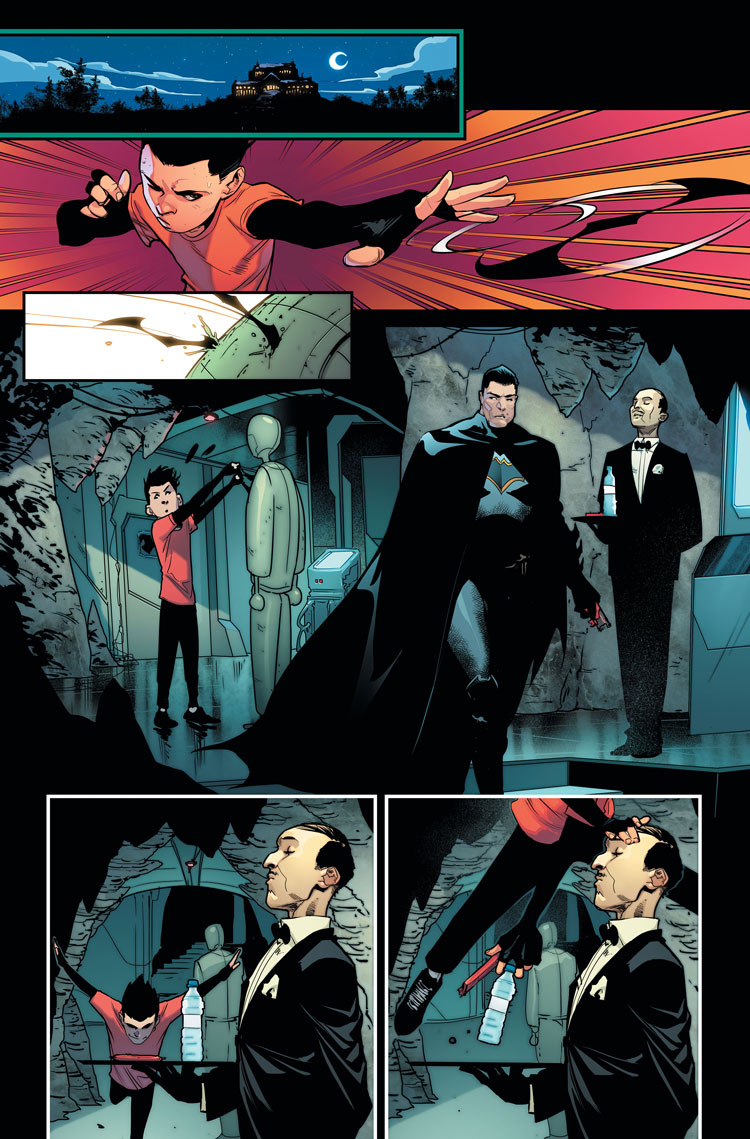 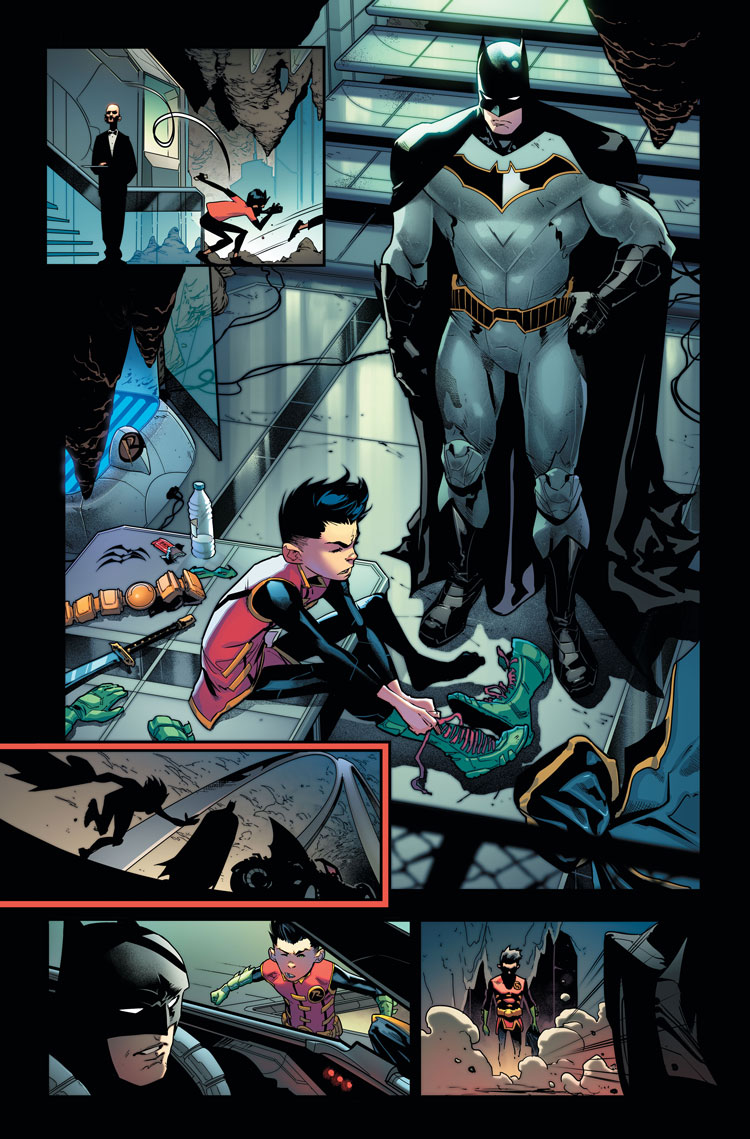 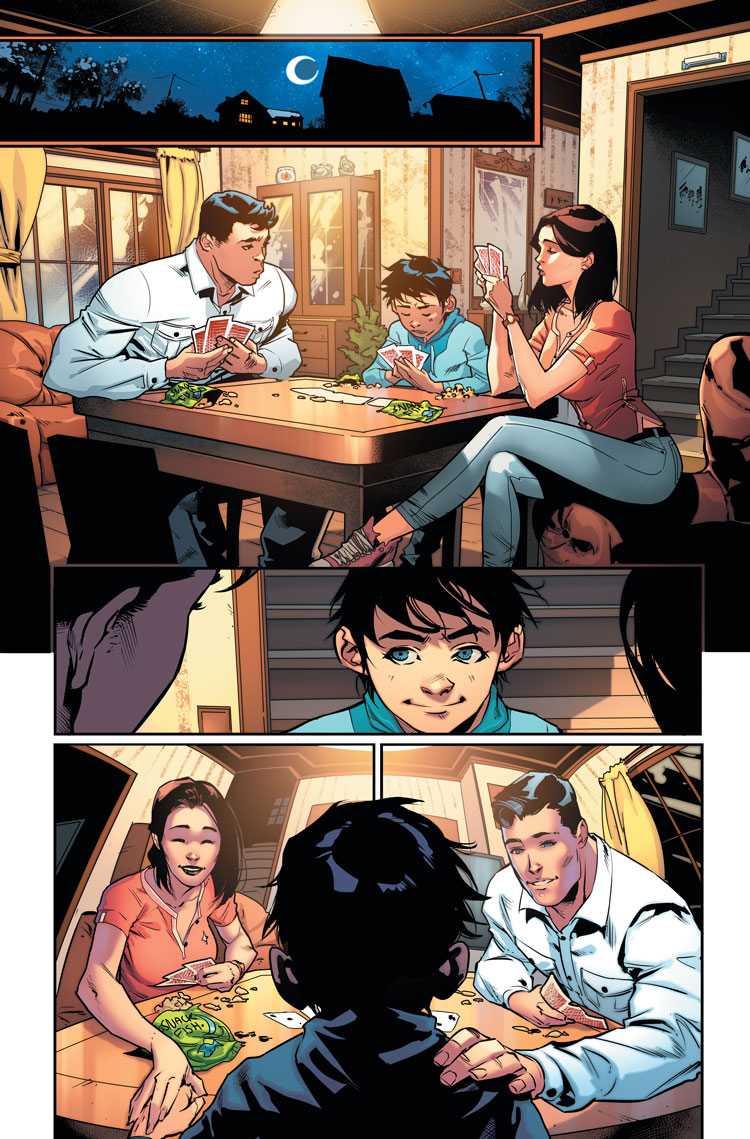 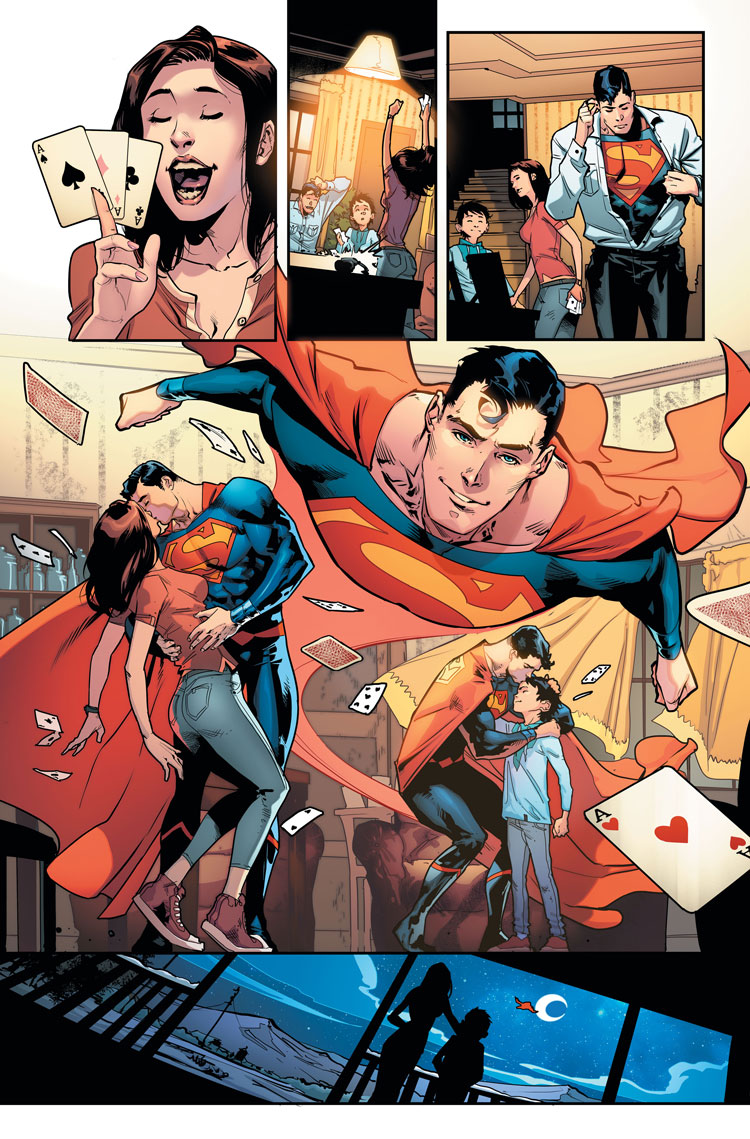 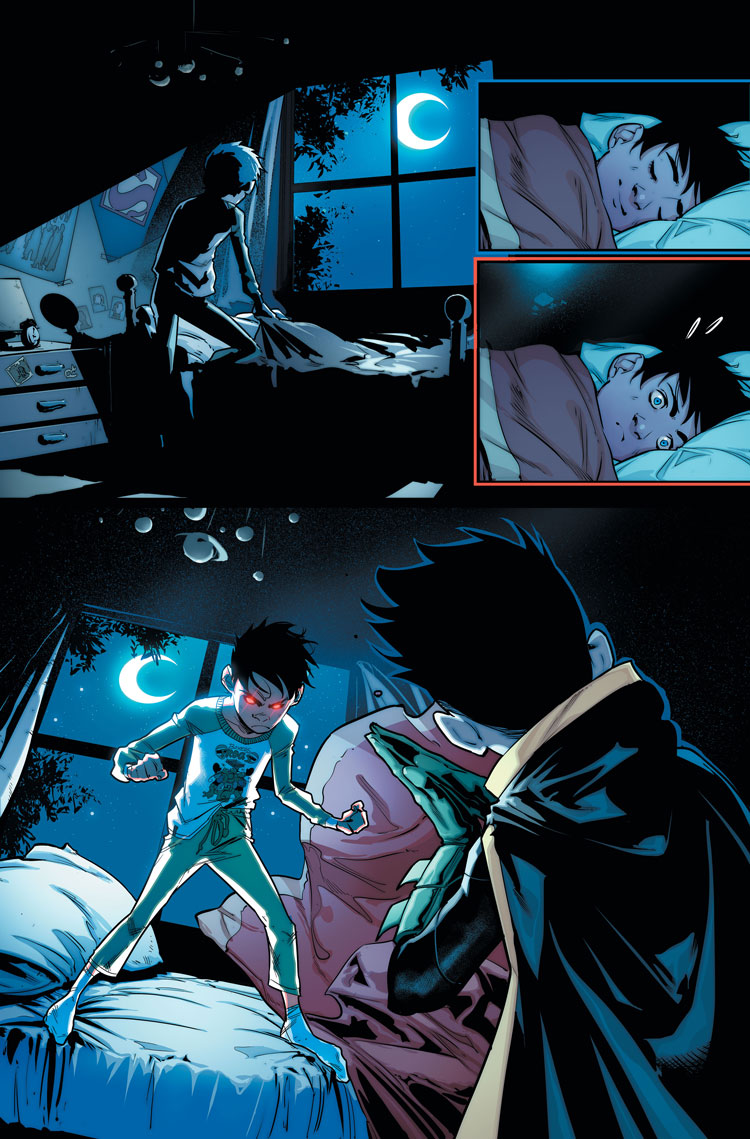 Don’t forget to pick up Volume 1 of Superman: Son of Superman, in stores now, to get the full story on Jon Kent’s move into the Superboy role!