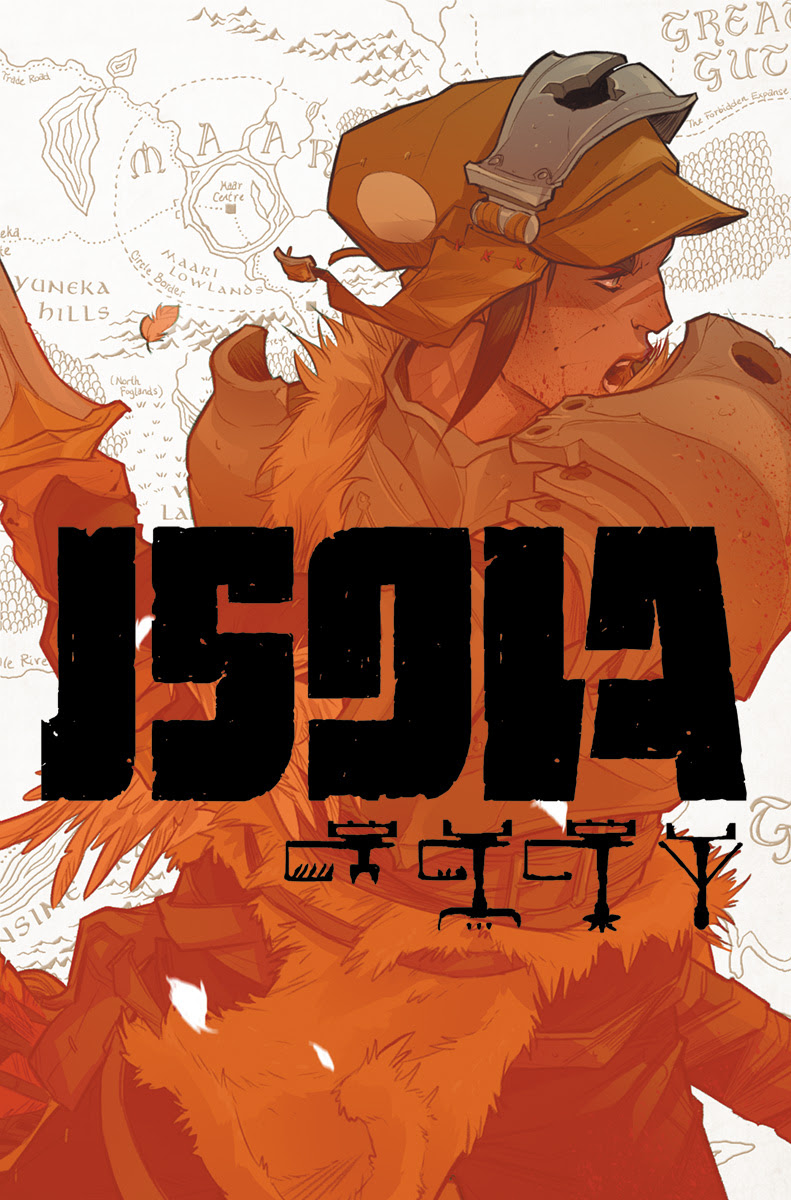 The captain of the Royal Guard has fled the capital city with the Queen of Maar, suffering under the effects of an evil spell. Captain Rook’s only hope of returning Queen Olwyn to her throne and saving the kingdom from impending war lies on an island half a world away—a place known in myth as Isola, land of the dead.

“Karl and I have been friends since we were 10 years old,” said Fletcher. “Publishing ISOLA with Image Comics is the culmination of everything we dreamed about as kids and worked toward as adults.”

“ISOLA is my dream comic,” said Kerschl. “Exotic animals, sprawling forests, mythic creatures: all of my artistic indulgences under one roof.”

“ISOLA is one of the most beautifully illustrated North American fantasy comics I’ve ever seen. It mixes European and Japanese influences with Fletcher and Kerschl’s considerable charm to make something new and exciting.” —Tim Seeley

“ISOLA is an original fantasy world brought to life with breathtaking art. You can feel the blood,
grass, and fur. A stunner from the get-go.” —Annie Wu

“This book is beautiful! It reads like a really high-end animation production! —Dustin Nguyen

“I have been waiting greedily for ISOLA, and it’s everything I ever wanted. Beautiful, lush, heartfelt, and dangerous. Brenden Fletcher and Karl Kerschl are at the top of their game with masterful storytelling and an intriguing epic. Every panel hums with life and energy and reminds us that there are still magical worlds to escape to…if we can find them.” —Patrick Gleason