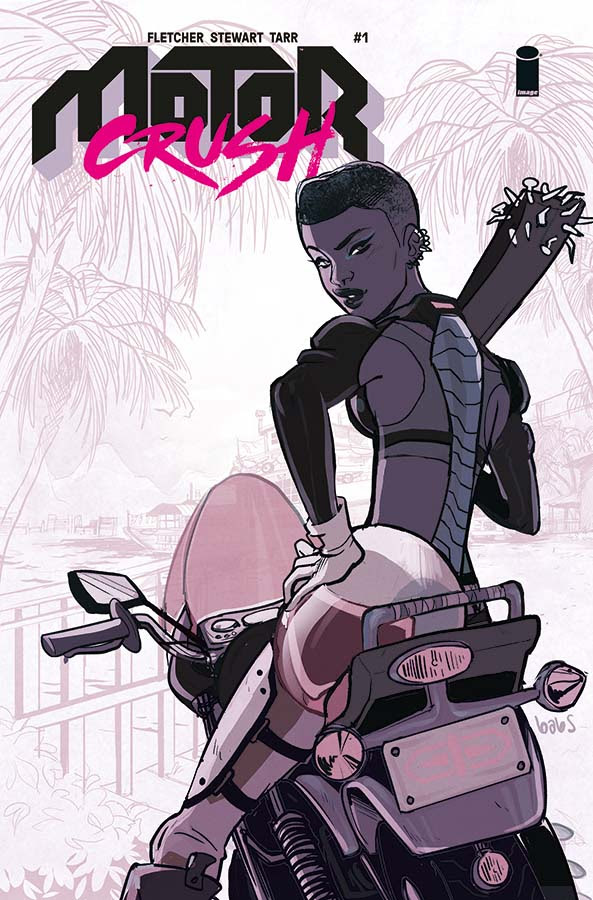 In MOTOR CRUSH #1 readers meet Domino Swift. By day, Domino competes for fame and fortune in a worldwide motorcycle racing league. By night, she cracks heads of rival gangs in brutal bike wars to gain possession of a rare, valuable contraband: an engine-boosting “machine narcotic” known as Crush. But the origins—and ultimate purpose—of this mysterious substance are unknown, and could put her on a collision course with danger…

“Something magic happens when Cameron, Babs and I make comics together,” said Fletcher. “We felt it when working on Batgirl and it’s there on every neon-soaked page of Motor Crush. We’re so fortunate to be able to continue this journey together as colleagues and friends. Motor Crush is the culmination of everything we’ve been working toward.”

Stewart added: “Motor Crush showcases our team at full throttle, working the way we want to produce a comic that’s unlike anything you’ve seen from us before!”

Fans of Fletcher, Stewart, and Tarr’s revamped and refreshed version of the Doc Martens-wearing and realistic butt-kicking Batgirl will enjoy MOTOR CRUSH’s biker-chick heroine Domino Swift. MOTOR CRUSH takes readers on a thrilling ride that will satisfy fans’ edgy, rebel-studded attitudes with high-octane story and breathtaking art that will leave competition in the dust. 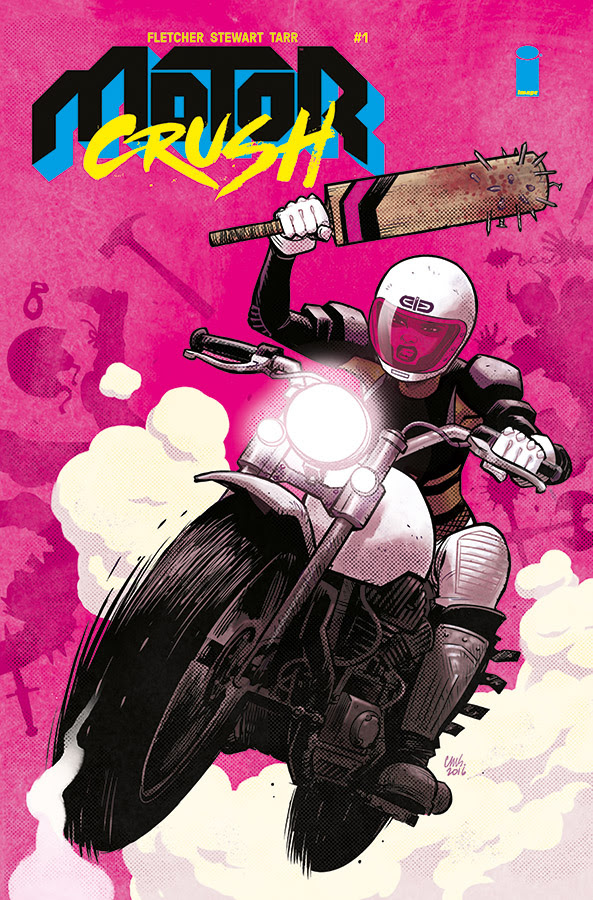