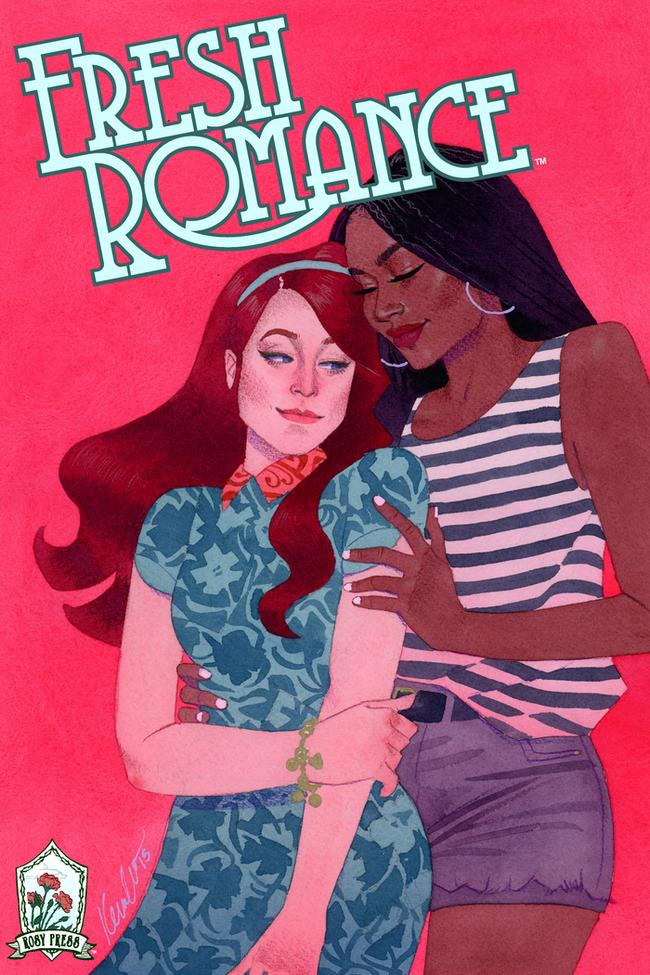 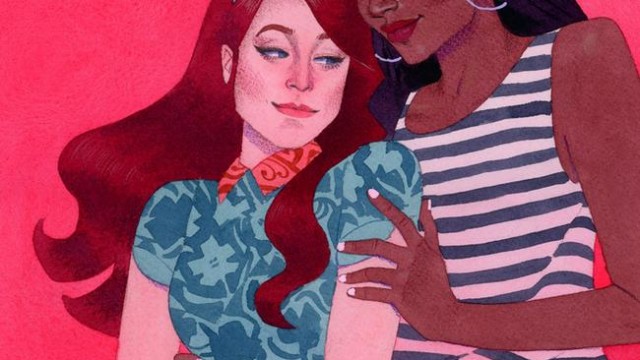 April 8, 2015— Rosy Press Publisher Janelle Asselin has announced the new creative teams and stories for upcoming issues of FRESH ROMANCE, the digital romance comics magazine that is currently being funded via a now-live Kickstarter campaign. Upcoming stories will include:

“FRESH ROMANCE is an ongoing monthly comics magazine – emphasis on the ongoing – and we need as many backers at the outset as possible,” said Asselin. “We’ve currently raised enough to publish four issues of FRESH ROMANCE, but my objective is to keep romance coming each and every month.”

Aimed at attracting a diverse readership, FRESH ROMANCE content will be available in a variety of digital formats: via ComiXology or as a PDF, CBR, or ePub file, and will always be DRM-free.

Janelle Asselin is the Senior Editor at Comics Alliance and a freelance writer and comics editor. In her ten years as a comics pro, Janelle has also worked for Newsarama, DC Comics, Fangoria Comics, and Disney Publishing Worldwide. At DC Comics, she edited BATMAN, DETECTIVE COMICS, BIRDS OF PREY, and KNIGHT AND SQUIRE. Asselin is also an outspoken advocate for women in comics, and has worked to bring awareness to sexual harassment and discrimination issues in the comics industry. A lifelong scholar, Asselin holds a BA in English Language and Literature from Southern New Hampshire University and an MS in Publishing from Pace University. She lives in Los Angeles with her awesome husband and the best cats in the world. Visit her onine at www.rosypress.com, http://janelleasselin.tumblr.com/ and on Twitter @gimpnelly.

Gail Simone is a multiple-award-winning writer of comics and animation, having helmed acclaimed runs on characters like Deadpool, Batgirl, Wonder Woman, Superman, and the Birds of Prey, as well as the cult classic SECRET SIX, and the creator-owned hit, LEAVING MEGALOPOLIS. She is currently working on a revived SECRET SIX, her first Vertigo title, CLEAN ROOM, RED SONJA for Dynamite Comics, and several creator-owned works not yet announced. She lives in Oregon with her family and two rescued greyhounds.

Visual artist Rafaela Herrera graduated from the ENPEG La Esmeralda INBA (National Institute of Fine Arts) and the CMA (Centre Morelense of Arts). She started her career professionally in 1997. Since then she has not stopped creating, always trying to learn more and improve her technique. She has expanded into different areas such as illustration (digital and traditional), painting, mural painting, video, music, photography, animation, among others. She is currently exploring the comic as a medium. She has worked as a freelancer for different companies.

Jen Van Meter writes comics including HOPELESS SAVAGES, THE DEATH DEFYING DOCTOR MIRAGE, and AMAZING SPIDER-MAN PRESENTS: BLACK CAT. All her favorite foods begin with C and she is extremely fond of naps. She lives in Portland, Oregon.

Kyle Latino has been drawing comics since 2009. His comics work has been published in Image’s anthology OUTLAW TERRITORY Vol. 3, and in Monkeybrain’s digital Comixology exclusive PRIME 8’s. He has also being running a Patreon page since August of 2014. Kyle lives with his wife in Louisville, Kentucky.

Marissa Louise is a colorist, painter and MOBY DICK obsessive. She works relentlessly through the rainy season in Portland, Oregon to emerge during the brief summer months to hike, swim, and find interesting objects. She aspires to one day ride horses or reindeer in Mongolia.

Marcy Cook is a creator of short stories, comic book scripts, interviews and articles. She’s also a semi-professional cat wrangler with an insatiable lust for Lego. When not slapping words together she’s a sci-fi geek, comic book fan and avid reader. Follow her on Twitter: @marcyjcook

Maya Kern is a freelance comic artist, illustrator, and musician based in Minneapolis, Minnesota. She is the creator of MONSTER POP! and various short stories, including REDDEN and HOW TO BE A MERMAID.  Maya enjoys changing hair color every few weeks, taking naps, and petting her cat. You can find her work at mayakern.com.

C. Spike Trotman is the owner of Iron Circus Comics. A publisher, artist, and writer, she runs Chicago’s biggest alternative comics outfit. Her accomplishments include overseeing the SMUT PEDDLER series of anthologies, as well as the Poorcraft series, the horror anthology The Sleep of Reason, and the upcoming fantasy/sci-fi anthology New World. She got her start in comics with the webcomic TEMPLAR, ARIZONA. She likes pit bulls, tonkotsu ramen, and dumb punk covers of power ballads.

Kate Leth is a writer and artist best known for her webcomic KATE OR DIE and her work on the licensed comics BRAVEST WARRIORS, EDWARD SCISSORHANDS and ADVENTURE TIME. She has a lot of tattoos and feelings.

Amanda Scurti is an illustrator, cartoonist, and colorist. She is a graduate of SVA and, when not voluntarily drowning herself in comics, enjoys petting dogs.

Sarah Vaughn is the co-creator and co-writer of ALEX + ADA with Jonathan Luna, published by Image Comics. She is an avid lover of historical romance novels and vintage romance comics.

Sarah Winifred Searle hails from spooky New England, where she writes and draws comics about relationships, history, and mysteries. You may recognize her work from SMUT PEDDLER, COLONIAL COMICS, SYMBOLIA, or a bunch of other cool things. She is also exceptional at petting cats. Learn more about her work at swinsea.com.

Sarah Kuhn is the author of the forthcoming Heroine Complex trilogy, starring Asian American superheroines, for DAW Books and the geek romantic comedy novella ONE CON GLORY, which is in development as a feature film. Her writing has appeared in Uncanny Magazine, Apex Magazine, The Hollywood Reporter, Back Stage, IGN.com, StarTrek.com, Geek Monthly,Creative Screenwriting, and the anthology Chicks Dig Comics.

Savanna Ganucheau is a colorist and illustrator currently living in Melbourne, Australia. Originally she’s from New Orleans, Louisiana, and misses it dearly. Honestly, she could really go for some boiled crawfish right now. She loves to make friends and talk to people. Chat with her Twitter – @srganuch anytime!