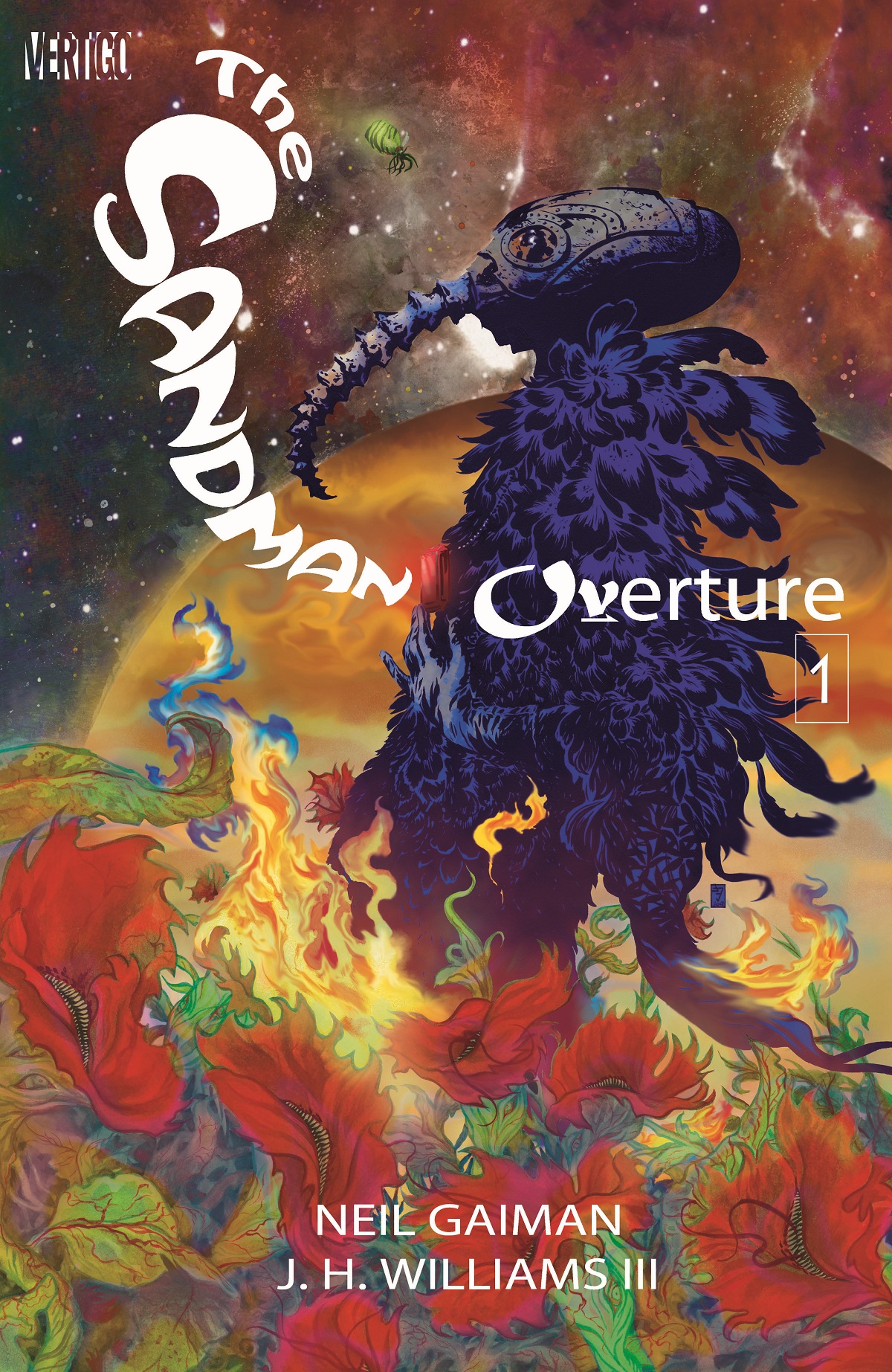 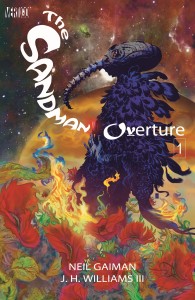 The New York Times best-selling author Neil Gaiman returns to the world of The Endless with a new story – THE SANDMAN: OVERTURE, with the first installment of the six-issue series hitting stores and available digitally today. The comic marks Gaiman’s first Sandman story in 10 years.

Gaiman’s transcendent series, pairing him with some of comic’s most acclaimed artistic talents, is often hailed as the definitive Vertigo title and one of the finest achievements in graphic storytelling. Gaiman created an unforgettable tale spotlighting the forces that exist beyond life and death, and wove ancient mythology, folklore and fairy tales together to create his own distinct, narrative vision.

“When I finished writing Sandman, there was one tale still untold,” said Gaiman. “The story of what had happened to Morpheus to allow him to be so easily captured in Sandman #1, and why he was returned from far away, exhausted beyond imagining, and dressed for war. It was a story that we discussed telling for Sandman’s 20th anniversary… but the time got away from us. And now, with Sandman’s 25th anniversary year coming up, I’m delighted, and nervous, that that story is finally going to be told.”

“Neil Gaiman is a legend – a preeminent force in graphic fiction, literature and more. We’re elated that he’s back with Vertigo to tell this very important Sandman tale – adding to an already amazing literary epic,” said Diane Nelson, DC Entertainment President. “Vertigo continues to be a hub of creative, challenging and genre-defying content, and Neil’s role in the imprint’s past, present and future is a major part of that.”

With few series able to attain the level of craftsmanship and wonder displayed in every issue, THE SANDMAN is surely something special. Even beyond the realm of comic books, Neil Gaiman’s World Fantasy Award-winning opus of self-discovery and otherworldly splendor is viewed as a triumph in contemporary fiction that belongs amongst such classics as The Lord of the Rings and The Chronicles of Narnia.

Alternating with the main OVERTURE series, Vertigo will publish THE SANDMAN: OVERTURE Special Editions. These issues will include rare artwork including a behind-the-scenes look at Williams’ art process, Q&A’s with members of the creative team, and more, starting in November.

DC Entertainment, home to iconic brands DC Comics (Superman, Batman, Green Lantern, Wonder Woman, The Flash), Vertigo (Sandman, Fables) and MAD, is the creative division charged with strategically integrating its content across Warner Bros. Entertainment and Time Warner.  DC Entertainment works in concert with many key Warner Bros. divisions to unleash its stories and characters across all media, including but not limited to film, television, consumer products, home entertainment and interactive games. Publishing thousands of comic books, graphic novels and magazines each year, DC Entertainment is the largest English-language publisher of comics in the world. DC Entertainment, in collaboration with Warner Bros. and Time Warner divisions, launched We Can Be Heroes—a giving campaign featuring the iconic Justice League super heroes—to raise awareness and funds to fight the hunger crisis in the Horn of Africa.

Gaiman’s multi-volume magnum opus THE SANDMAN features literature’s most dysfunctional family—Death, Desire, Despair, Delirium, Destruction, Destiny and Dream. The critically acclaimed Vertigo fantasy series transformed the landscape of comics, helping to usher in an era of more compelling and sophisticated storytelling. Combining mythology and literature in an epic story, it is one of the most popular, groundbreaking, bestselling and award-winning comic books of the last twenty-five years. It has garnered nineteen Eisner and six Harvey Awards, and is the only comic book to win the World Fantasy Award.

Gaiman is one of the most successful and renowned writers of modern fantasy. His most recent works include THE OCEAN AT THE END OF THE LANE and FORTUNATELY, THE MILK. Gaiman is also the author of the Hugo-Award winning novels AMERICAN GODS and THE GRAVEYARD BOOK (which also won the Newbery Medal), as well as CORALINE and STARDUST, both of which have been adapted into feature films