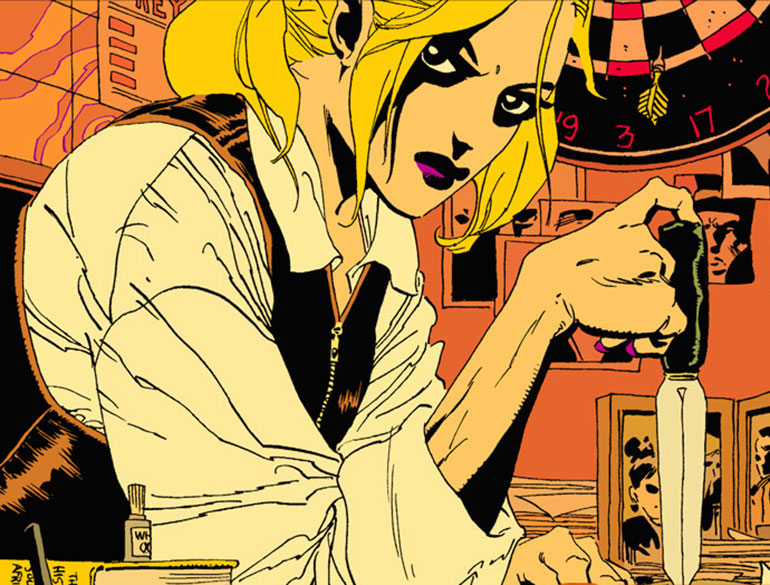 Welcome to the second edition of GAME CHANGERS, a new series at Comicosity looking at female protagonists in comic books from the last decade or two (or more!) — and the original creators who brought them to life.

Today, Comicosity is again talking with writer Greg Rucka about one of the women protagonists who have developed under his pen, Queen & Country‘s Tara Chace. 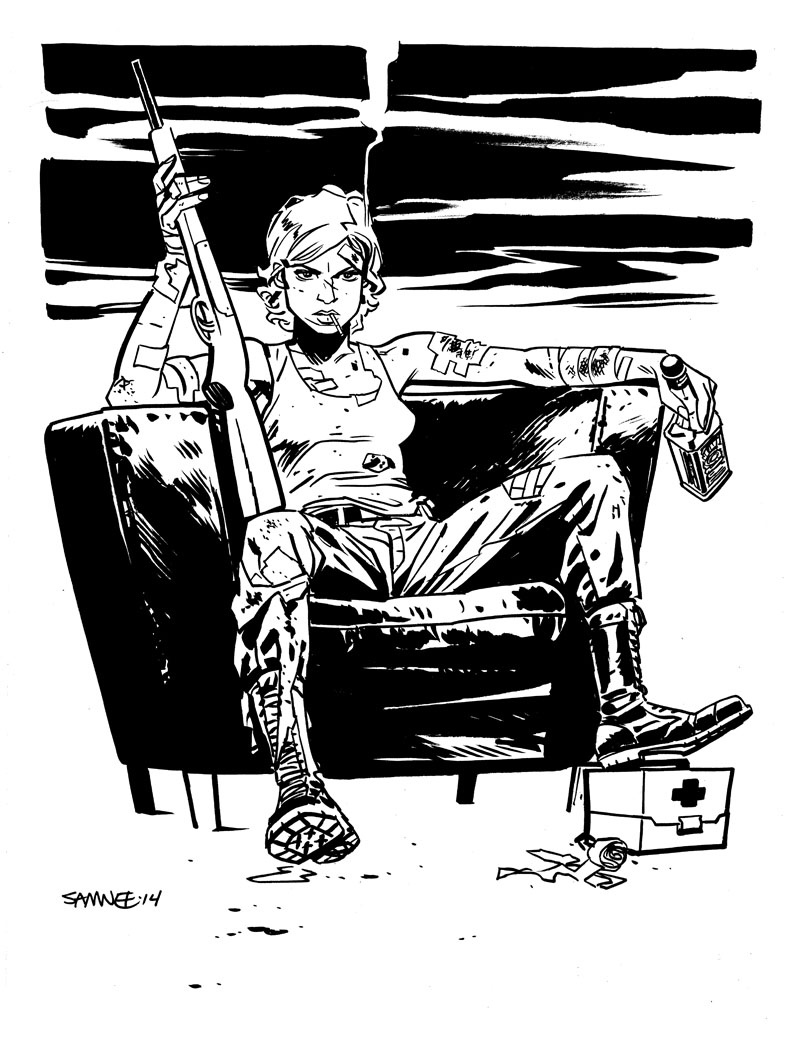 Who is Tara Chace? 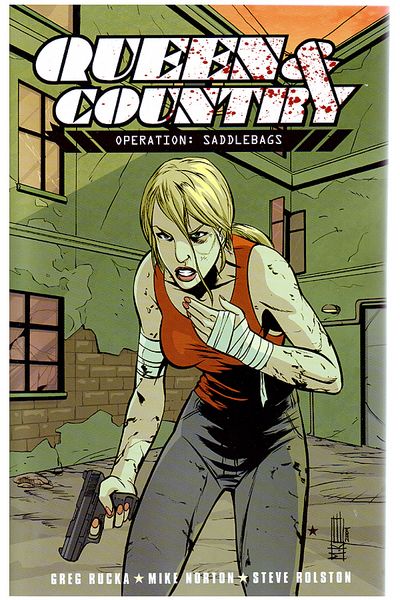 An elite Special Operations officer in the British Secret Intelligence Service, also known as a Minder, Tara Chace is the best there is at her job in a world where there aren’t many (or any) other women — and frankly, not many men that could stand up to her either.

Caustic and brash, although ever loyal and committed to her job, Chace is the central figure in a series of operations that take her from Minder Two (second in command of the unit) to ultimately the Director of Operations. With a long series of personal challenges and professional hits, Chace is by no means an ideal figure, but her perseverance and ability to overcome for the greater cause is what makes her such a compelling protagonist.

Want someone who is going to follow orders, never question authority, and be a good soldier? Find someone else. If you want someone who will get the job done — assassination, extraction, or any other military action — put Tara Chace on the assignment. It’s as good as done. 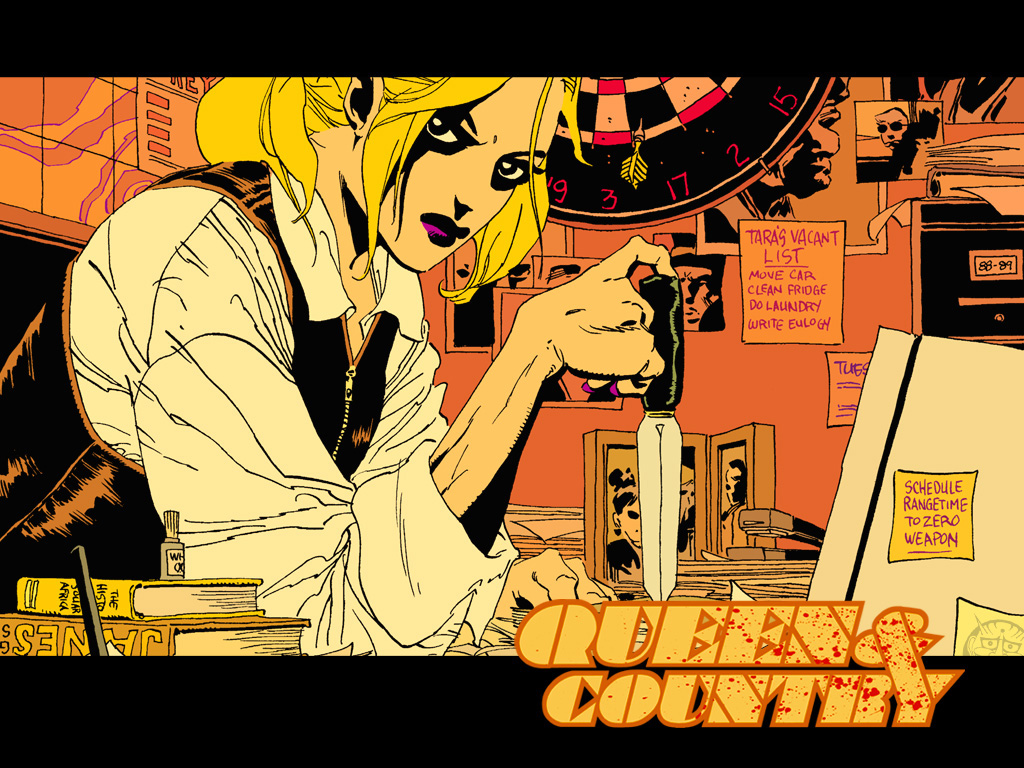 Matt Santori: For me, the dichotomy between Tara being so superior at her professional life and such a disaster in her personal one is an interesting one.

Greg Rucka: But so’s James Bond. That’s not me writing a new book. That’s just me holding up a gender mirror to the book we’ve all read. And saying, “Isn’t that interesting if we put all these tropes on a woman?” And take them a little more seriously, I think.

MSG: And her decision to become a mother later on in the series factors in as well. It’s another unusual story point not just among your characters, but among female characters in comics. How did that scenario evolve for you?

GR: Honestly, that is not — I wouldn’t say it was unplanned, but it was kind of unplanned, you know what I mean? 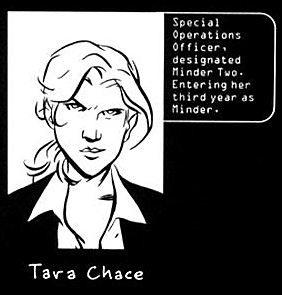 This is a spoilerish conversation, but when Tara discovers she’s pregnant, she knows she’s carrying the child of the man she loved who is dead. When I circling around to write Private Wars, the second of the novels — which begins with her basically saying, “Oh hey, I’m knocked up!” — I was talking with James Lucas Jones, then-editor of the Queen & Country comics. I wasn’t sure how to handle this, because that abortion was going to be a very, very difficult thing for her. I remember James looking at me and saying, “Are you kidding me? She’s got to keep the baby.”

And I thought about it and he was right. The reason that I hadn’t been willing to pursue that intellectually at that point — in trying to figure out what this would be in my mind’s eyes — had simply been fear. If she has the baby, it creates all these other problems structurally and storywise, dramatically with all this other narrative. I kept thinking that, but also that those all really, really good excuses. But they’re excuses.

Dramatically, the thing that’s right for the story is that she has to keep this kid. She has to have this baby and she has to become a mother. It’s odd. For me and Tara both, we had to have this “Come to Jesus” moment where we both sort of recognized that this was going to happen — and how are we going to make it work?

I think, if you’ve read the novels, it does work. I think Chace as a mother serves her character well. It’s a good next stage for her growth. And if we ever get back to her, either in comics or novels, she’s going to be older. [Her daughter] Tamsin’s going to be older. Her being a mother will always now be a factor in those stories.

I think some of the best stuff in The Last Run is when she’s separated from Tamsin. You see this horrible tension between what she has to do as professional and the demands of being a good parent. Never mind being a mother. Being a parent.

And Chace is interesting also because she’s a car wreck of a human being in many, many ways — because she was raised really horribly. Her mom’s a nut job. Her dad’s a hyper-intellectual non-entity. She doesn’t have good role models in that regard. So, her role models have always been people like Paul Crocker, who isn’t anybody’s best dad, at least if you go by the man at the office.

GR: It’s weird. I genuinely don’t know when the story is going to be written, but I have notes. I have plans.

One of the benefits of her becoming D-Ops is she actually gets to be a mother. She can be there when Tamsin goes off to school. Not easily, mind you, but she can see Tamsin in the evenings. If there’s a school production at eight that night, there’s a good chance she’ll make it.

Whereas, when she was in the field, all bets were off. Her life was absolutely not her own. As D-Ops, her life is not her own, but less so. She has more autonomy, and she has the privileges of the position.

If you’ve read the novels, you can see Crocker maintains his marriage and raises two daughters as D-Ops. One of the reasons he’s able to raise his two daughters is because he is able to maintain the marriage. Chace is a single mother, and will be so when we come back to her. She has to rely on a very different support network.

“I never want to be a spy more than when I am reading Tara Chace. She’s dangerous, accomplished, whip smart, frighteningly good at her job and bad at life, and inspires me to be smarter and better than I possibly can be.

But knowing that being better always has a cost is the sticky wicket of it all.”