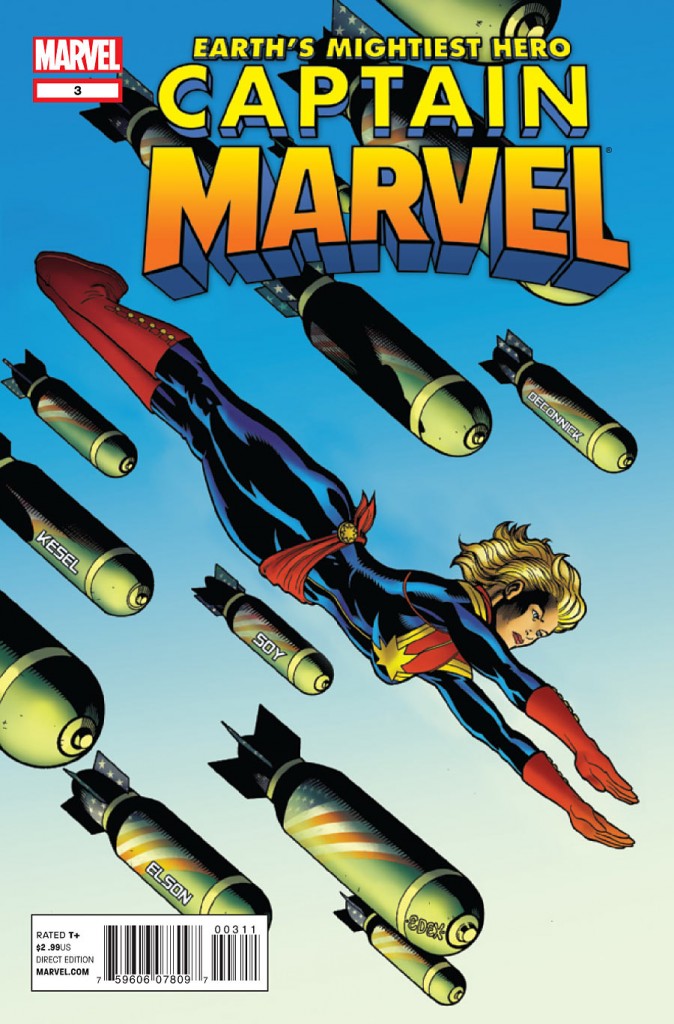 A while back, Mark Waid crashed his own website when he announced a partnership with Ball State adjunct professor, Christina Branch. Her course, “Gender Through Comics,” provided by the Canvas Network, invited anyone and everyone to sign up for a free class about the subject. Lecture guests include Mark Waid, Terry Moore, Kelly Sue DeConnick, Gail Simone, Steve Wacker, Sana Amant, Brian K. Vaughan and Scott Snyder.

With just a little than more than a week before the April class begins, a reading list and syllabus has been released.

With several volumes of Strangers in Paradise and an issue of Rachel Rising week one establishes the parameters of gender and how it will be discussed in class..

The title for the week talks about how people learn their gender roles through culture, and the reading focuses on The Man of Steel: Superman.

Captain Marvel is taking over the class this week, with the first seven issues of the book taking center stage (thank goodness I own them already!) Of course, the early volumes of MS. MARVEL will also be used as well as an issue of DAREDEVIL.

Femininity is the title for this week with books revolving around Secret Six, Wonder Woman, and Birds of Prey.

The other side of the coin is then delved into the next week. The class focuses on Masculinity, with only two New 52 zero issues: Batman, and Swamp Thing.

It’s a good thing the writer of those issues in on hand to give his point of view.

Perhaps the most controversial books to look at in the whole class will be happening this week with a look at areas or spaces where gendered stereotypes or assumptions are presented. Of course Y:The Last Man is the center of this week. While the book is loved by many, including myself, critics have pointed out the male centric storyline that sometimes relies on stereotypes of women. Perhaps, this is the perfect forum to talk to Vaughan about the book. Saga #1 will also be highlighted that same week.

On top of all the comics there are additional reading assignments, quizzes(ungraded), online discussion boards as well as class projects, including having students create their own comics.

Interestingly, while not all the details are available, another project includes having the students participate in an ongoing process to create a “Gender and Comic Books Wiki.” So, if you’re stuck in a debate of just what really happened to Ms. Marvel (is there anyone who still argues that point?) you might be able to turn this handy new tool that should come out of the hundreds of people who have signed up to participate.

If these details have helped you to decided you would be interested in participating, enrollment is still open. Class begins April 2, 2013.