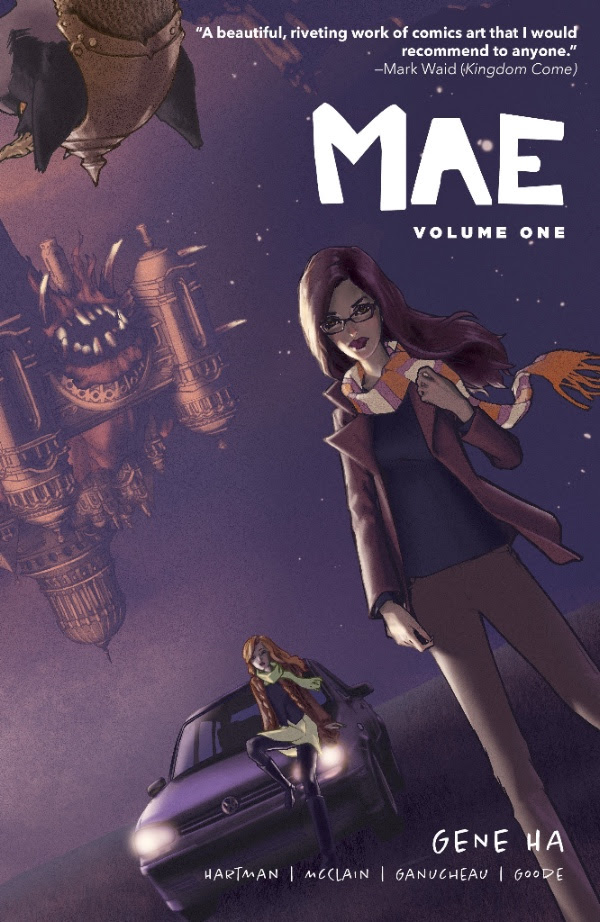 ST LOUIS, MO–Today at the annual ComicsPRO meeting in Portland, the St. Louis based publisher of “comics for everyone” announces the publication of Gene Ha’s Mae.

The book made its debut on Kickstarter in 2015, where the project surpassed its initial goal by over $50,000! Mae saw a second life serialized at Dark Horse, and will now be collected in an all-new edition in July!

“I’m so proud for Mae to join Lion Forge, and to add editor Andrea Colvin to the Mae creative team” says Gene Ha. “I’ve always meant Mae to reach both comic shops and book stores, and no company is better suited than Lion Forge to get our books to all of those readers. Stay tuned, we have so many more amazing stories to share!”

“I’ve been a Gene Ha fan for years,” said Andrea, Lion Forge Vice President–Executive Editor, “and so of course I was thrilled at the chance to bring his creator-owned series over to Lion Forge. Mae is a page-turning high-fantasy adventure in the best comics tradition, and its focus on not just one but three strong female characters makes this exactly the kind of story I’m looking to publish at Lion Forge.”

Mae’s sister Abbie has been missing for seven years. So when she just shows up in a bar one night, Mae is more than a little shocked. Even more shocking is where Abbie has been–a parallel world in which she was queen of a cat army and battled monsters of seemingly infinite variety.

And this is just our story’s beginning. When monsters and other impossible creatures start making their way to our world, and abduct the girls’ father, Mae joins Abbie in a strange and fantastical universe in which everything they thought they knew–about themselves, their family, their world–is challenged.

Mae Volume 1 will be released in comic shops on June 20, 2018, and will continue in an all-new series launching the same day.

About Lion Forge Comics:
Lion Forge Comics strives to publish comics that everyone—regardless of background or ethnicity—can identify with. The original graphic novel Andre the Giant: Closer to Heaven was nominated for three Glyph Awards, as well as the Dwayne McDuffie Award for Diversity. Lion Forge Comics also includes the Roar imprint for young adults and the CubHouse imprint for readers twelve and under. It is also home to the Magnetic Collection of premium and critically acclaimed comics and graphic novels, boasting multiple Eisner Award nominees. From licensed properties, including Dreamworks Voltron Legendary Defender, original work from top independent creators, and the original and all-inclusive Catalyst Prime superhero universe, there is something for every level of comic fan, young and old, across multiple imprints and formats. Lion Forge Comics—Comics for Everyone. Visit www.lionforge.com for more information.