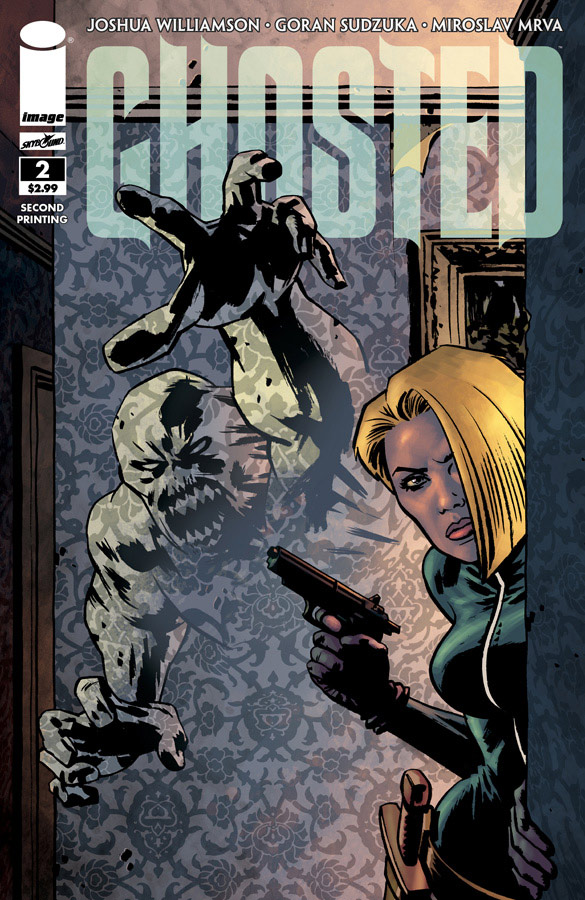 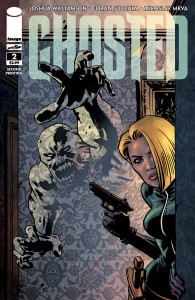 GHOSTED #2, the latest issue of the thrilling supernatural heist comic published by Image Comics imprint Skybound, has sold out at the distributor level after its first week of release and will be reprinted to meet demand alongside the release of GHOSTED #3 in September.

Written by Joshua Williamson and drawn by Goran Sudzuka, GHOSTED stars Jackson Winters, a career thief who is released from prison for one reason: to steal a ghost from a haunted mansion for a very rich man. Winters gathers a team of psychics, magicians, ghost hunters, skeptics, and more to execute the heist, but even the most intricate of plans is far from foolproof. How do you prepare for the unknown?

The sell-out is proof positive that fans and retailers are in love with GHOSTED #2, and the press is no different:

“Sudzuka and Williamson are putting together a very interesting story, with an out there concept, that really works as a series.”
– Mat Elfring, ComicVine

“Goran Sudzuka has some great character designs for the cast, not to mention some stellar designs for the setting. The ‘haunted’ house is becoming a character itself, with dated architecture and enough shadows draped across the interior to make you think twice about stepping inside.”
– Joshua Yehl, IGN

“Overall, Ghosted #2 is a fun book that plays into the main elements of the heist genre, but brings something different to the table as well. The twist on the last page will solidify reader investment in the series.”
– ShadowJayd, Bloody Disgusting

The second printing of GHOSTED #2 can be pre-ordered now (Diamond code JUL138232) and will be in stores on 9/11, the same day as GHOSTED #3.
ABOUT IMAGE COMICS