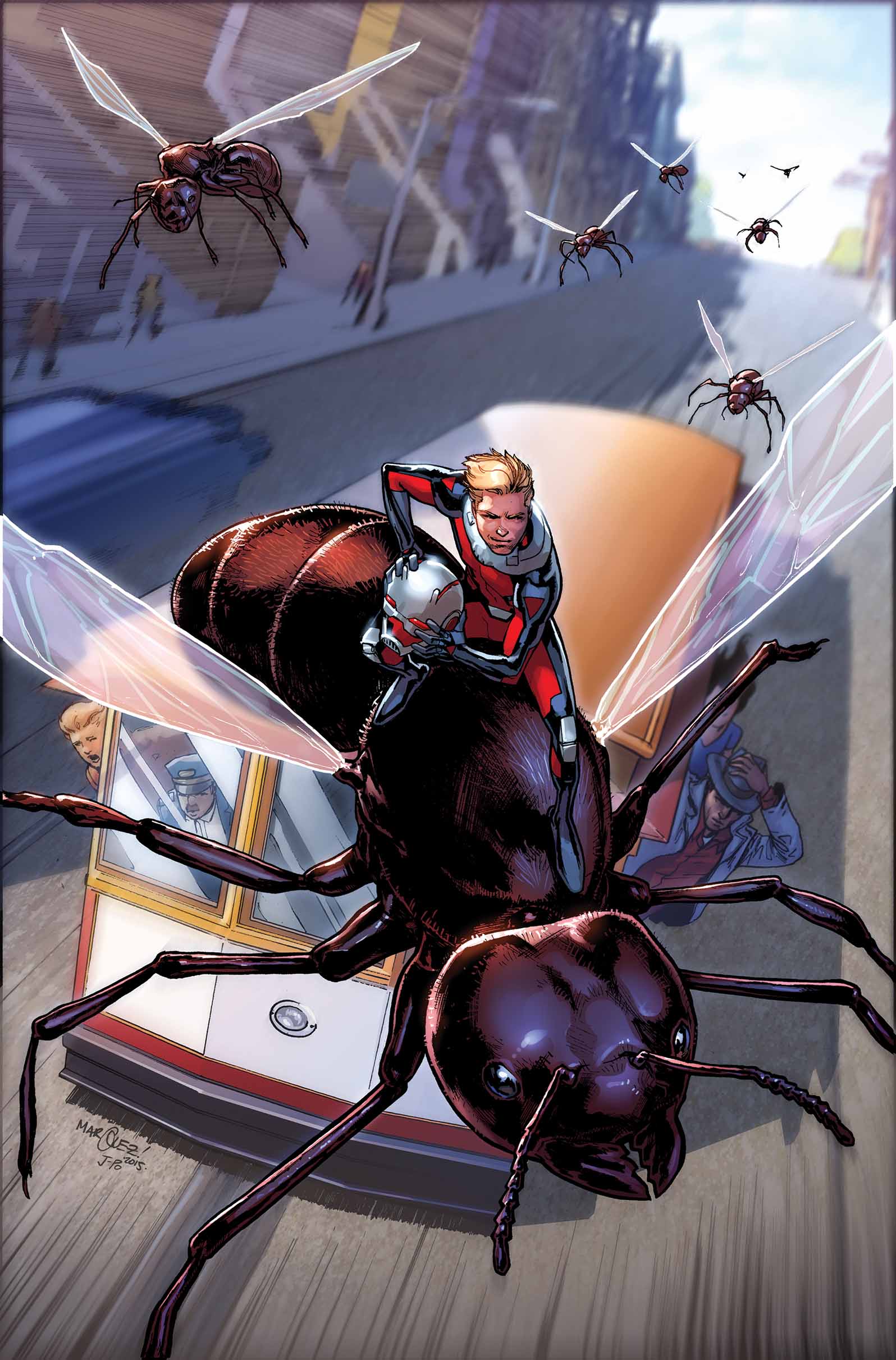 New York, NY – April 22nd, 2015 – It’s the team-up you’ve been waiting for! Just in time for the release of Marvel’s Ant-Man movie, it’s Hank Pym & Scott Lang together again this July in the pages of ANT-MAN ANNUAL #1! Blockbuster Ant-Man creative team Nick Spencer & Ramon Rosanas along with guest artist Brett Schoonover bring you an oversized Ant-Man tale that is ANYTHING but small!

Following the shocking climax of the Avengers: Rage of Ultron OGN, Scott Lang has a new mission. Hank Pym left something behind, something so microscopic only another Ant-Man would be able find it! Now Scott must relive a past adventure he had with the original Ant-Man in San Francisco in order to piece together the puzzle of the secret Hank left for him!

“This is a story that manages to be not only perfectly welcoming to new readers who just saw Marvel’s Ant-Man on the big screen (it’ll be on sale two days before the movie’s release!), but it’s also integral to the larger Scott Lang story that Nick and Ramon have been telling in the ANT-MAN comic series,” says series editor Wil Moss. “With Ramon on the present day story and the great Brent Schoonover on the flashback to the San Francisco team-up, Nick tells a story that explores the importance of the Ant-Man legacy — both by looking into the past AND into the future!”

Plus – don’t miss the long awaited return of a classic Ant-Man villain! Not to mention the debut of a brand-new hero! It’s all happening this July in the oversized ANT-MAN ANNUAL #1!