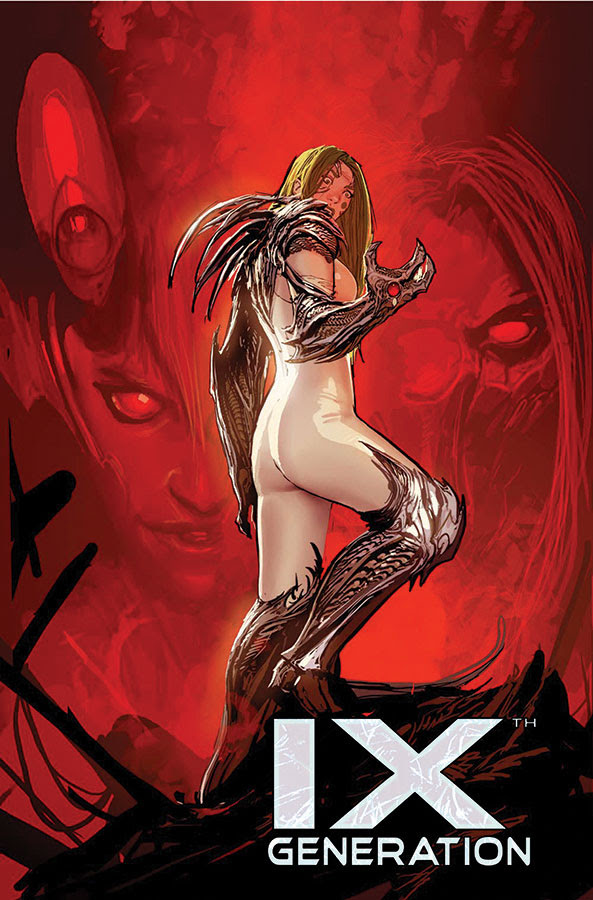 Set in the future, IXTH GENERATION inhabits a world where there is no more natural death, no needs unfilled and everything you could ever want is yours… as long as you’re one of the ones chosen to live in this new Utopia and you’re willing to subjugate yourself to these new self-proclaimed gods with “IX”s emblazoned on them.

Do the ends truly justify the means? Is a utopia built on genocide worth the price? Aphrodite, Velocity, Hades, and the other Nines establish fiefdoms in this new world and attempt to rule. Their internal clashes have escalated, but they are forced to put that aside as they face off against the relentless hordes of The Darkness. The sins of the past have come to claim those who would pretend to be Gods. The cybernetic future established in APHRODITE IX and CYBER FORCE finally comes face-to-face with the supernatural ARTIFACTS side of the Top Cow universe.

IXTH GENERATION #1 arrives in stores this 1/7 and can be pre-ordered using Diamond Code NOV140555.