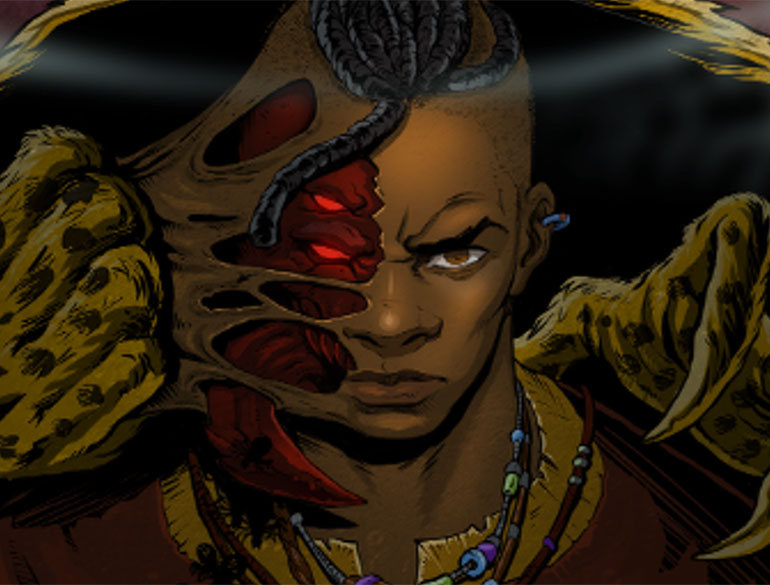 One thing I love about writing for Comicosity is how things are able to evolve. Just like the site has gone through important and illuminating developments, so have things like this column, Health and Inclusivity.

As such, moving forward, I’d like to focus more on stories by creators from marginalized communities, especially those who are trans and queer POC. So, to get us started, I wanted to take a deep dive into a comic I found by sheer serendipity: Is’nana: The Were-Spider by Greg Anderson-Elysee, Walter Ostlie, Lee Milewski, and Joshua Cozine, published by Webway Comics. 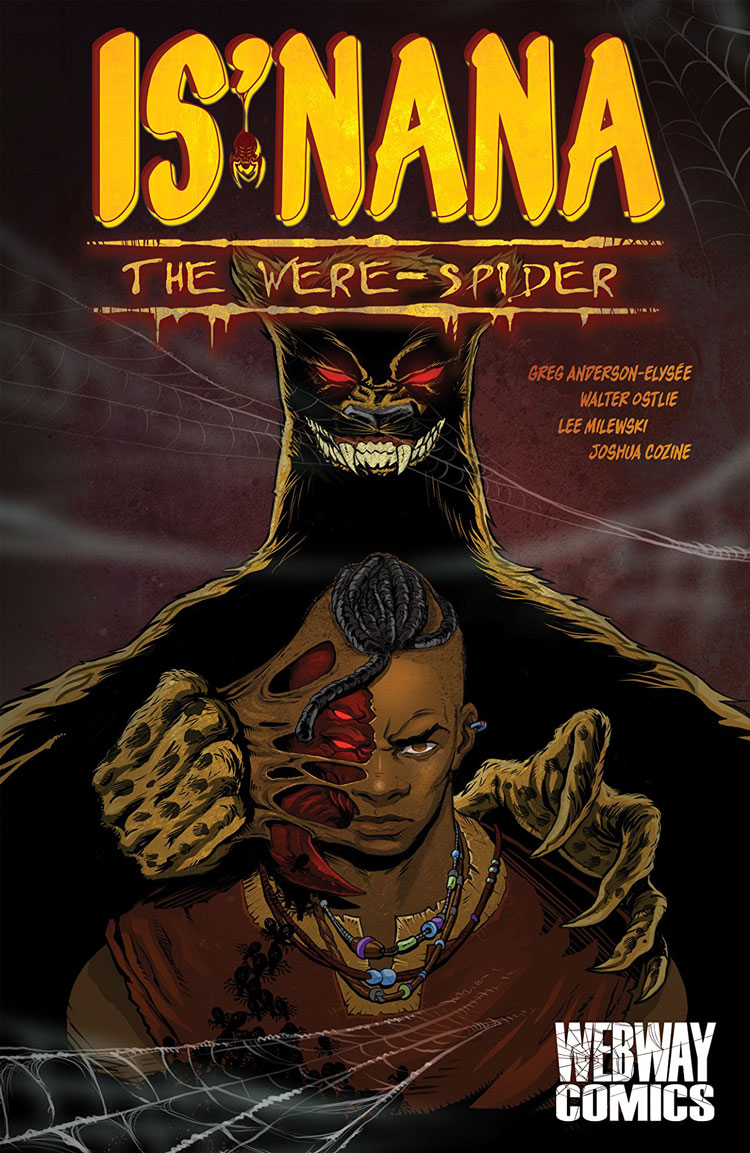 At Arkansas Comic Con, a growing comic convention here in my home state, my boyfriend and I were walking around and he pointed out a booth where he found the comic. We decided to stop by and chat for a moment with Greg Anderson-Elysee, writer of Is’nana. He filled us in on why he wrote the comic, including a fondness for African mythology and folklore and a keen awareness of why everyone needed to learn about it, whether they a part of the African diaspora or not.

Considering I had been thinking of shifting the focus of this column, our conversation with Anderson-Elysee turned into the inspiration for this month’s article.

Is’nana: The Were-Spider immediately thrusts us into the titular character’s adventures, capturing his journey to set a mistake right. In an effort to rescue his father, Anansi, trapped in our earthly realm, Is’nana accidentally opened a gateway between Earth and The Mother Kingdom, resulting in a slew of horrors escaping to our reality.

Guilt-stricken and driven by duty, Is’nana is determined to make things right, part of his journey leading him to a dangerous foe known as Osebo the Leopard. Using some of his own wiles as a Spider, Is’nana is able to save Osebo’s human host and make a new friend, guiding him closer to his goals. 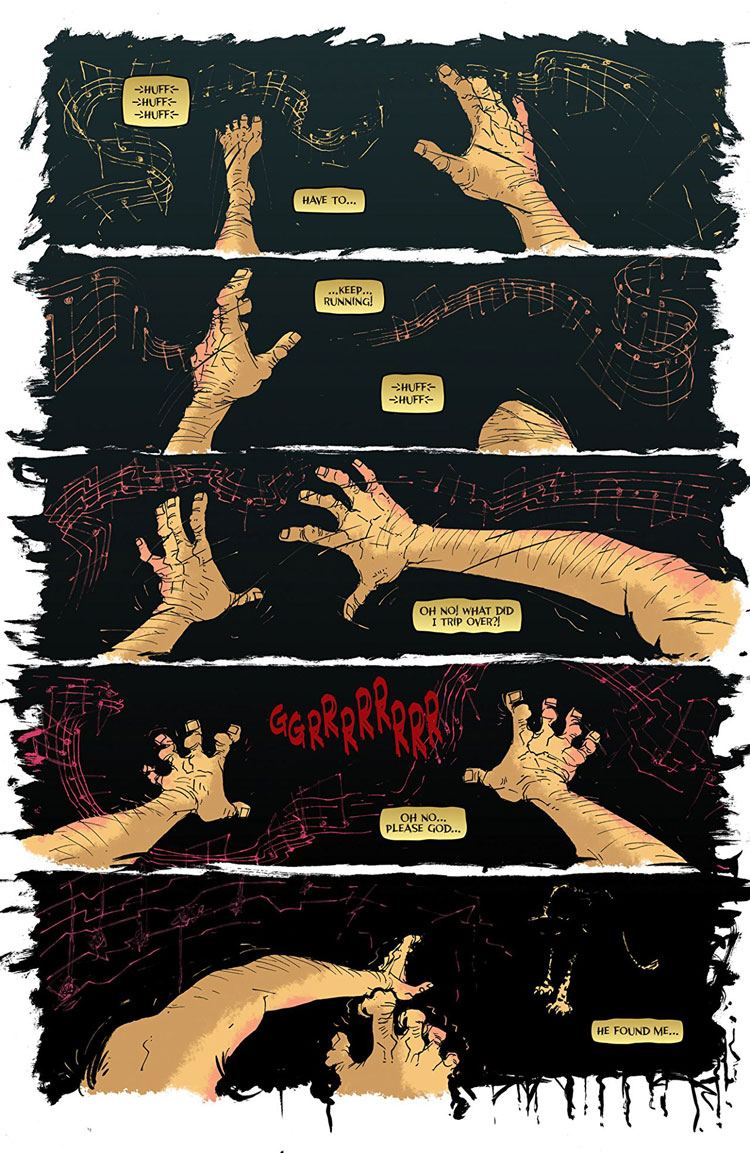 My immediate takeaway from Is’nana is the value and importance of mythology. Besides finding these stories fascinating, as I got older I especially began to understand why the multitude of African mythology was important, as well as the disheartening reality about why we don’t learn it the same way we do European lore. So, one of the major ways this comic could inform conceptions of health would be through the mere presence of a mythology connected to the African diaspora. 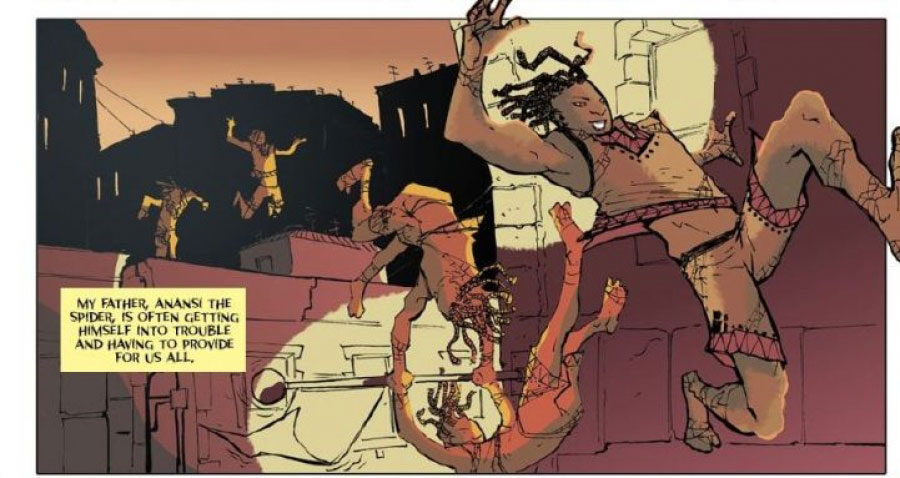 Speaking truth to history and culture is a way to feel anchored. I don’t think humans are designed to seek out a higher power specifically, but I have noticed humans across cultures and generations are inclined to want to connect to something beyond them. Within the African diaspora, connection to the ancestors through various traditions is another form of protection and guidance, loved ones beyond a veil pushing us to achieve something greater, or to ward off that which would harm us.

Learning about African mythology gives helps folks across the diaspora see that we are connected to mythology in the same way that white folks are and reminds us that white supremacy endeavors to erase our history, culture, and folklore in an effort to dehumanize us.

In addition to Black mythology being central to Is’nana, having a young Black man as the protagonist brings the comic’s inherent lessons to another level. Is’nana’s major conflicts revolve around a sense of duty and responsibility. He is torn as his father is gone, as his attempts to rescue him lead to another issue, and as he endeavors to save a man possessed by Osebo.

Through each of these challenges, Is’nana portrays the diverse range of emotions we feel through any struggle. We get to see his doubt and his values, as well as his desire to own up to his mistakes. All of these aspects of his character make him enjoyable and relatable to read, and they widen the emotional range that Black boys and men are ‘allowed’ to experience. 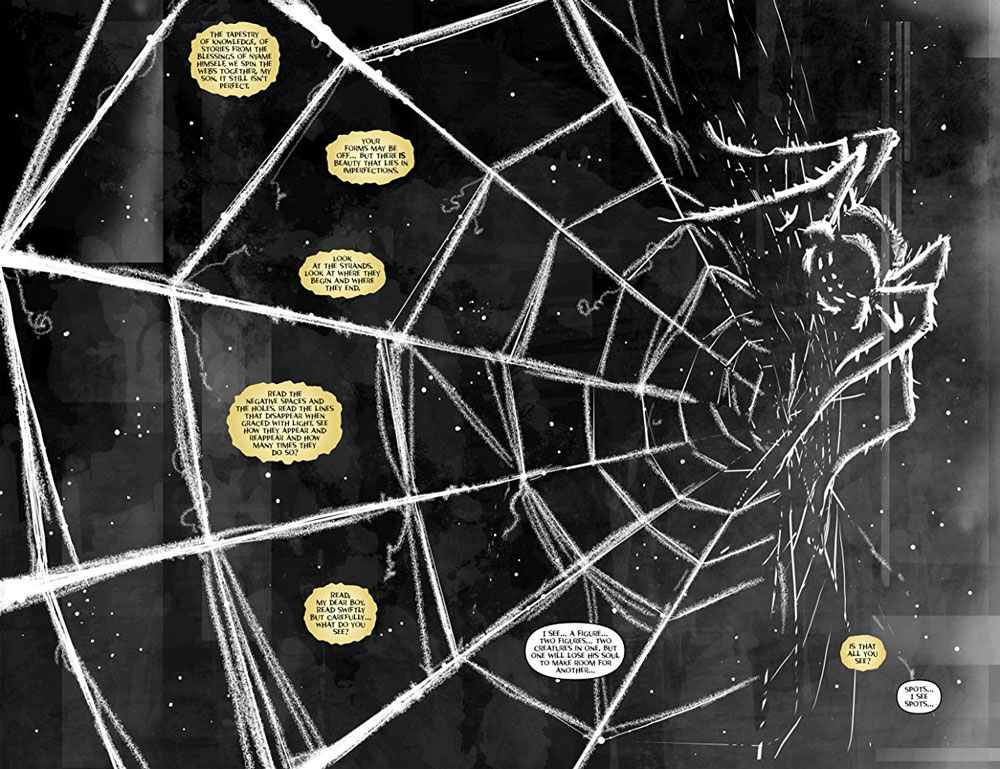 With the role of hypermasculinity among Black men, it is often hard to challenge narratives which purport that we must always be strong and limit our emotional expression. Many, if not all, men receive this message growing up.

For Black men, though, it represents not just the failings of patriarchy regarding emotional wellness, but also the limited emotional allowances afforded by white supremacy. I appreciate Is’nana because the comic’s creators create a narrative space for him to process through his feelings, something else that feels, or maybe is, rarely afforded to Black boys and men. 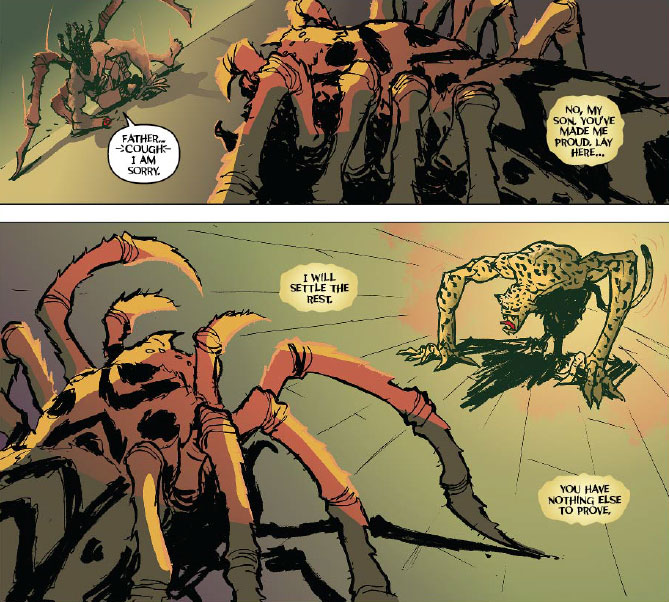 Because of such a reality, more Black boys and men are incarcerated and adversely treated in many systems, setting up a perilous paradigm wherein any expression is seen as dangerous but all expressions are immediately and negatively evaluated with less time and care given to understand the circumstances which create these perils. So, to have a character who is able to have the space to process could give readers who look like Is’nana a chance to experience themselves in a way that society does not offer them room for.

A confluence of events lead me to Is’nana: The Were-Spider and I am grateful for that and experience and the contents of this comic. Like Greg Anderson-Elysee stated, it’s valuable for everyone to learn about various folklore and mythology, and knowing about African diaspora folklore offers multiple reminders about culture and the sinister elements that attempt to erase certain ones. 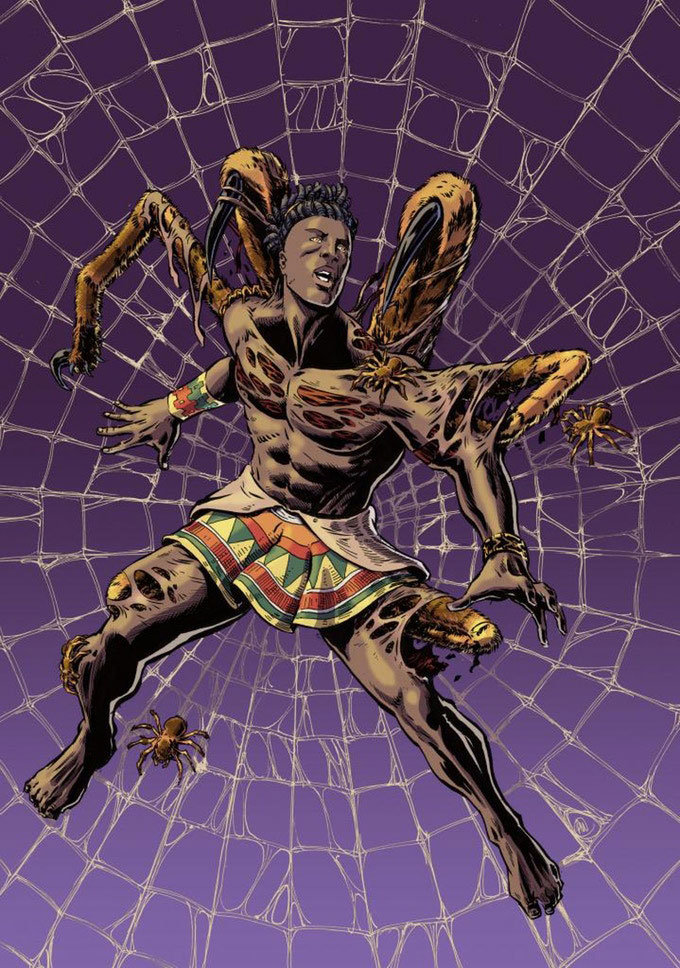 Art by by Alex Williamson

From the presence of Black mythology to the emotional space the protagonist creates for black boys and men, Is’nana is a gem on multiple fronts. It sounds like there’s no signs of stopping for Is’nana and the creators who bring him not life, too, and I have high hopes for the unfolding value of this story and its connection to a larger mythos, as well as what that could mean for its readers, especially Black boys and men.