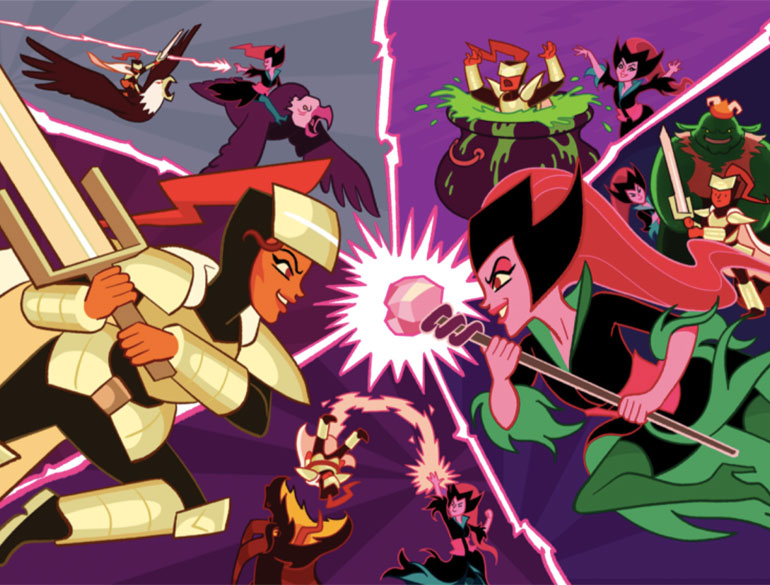 This one’s for the kids.

I had been waiting to drop this particular article for a while. As my little sister moves from fifth to sixth grade, beginning her transition to middle school, an important thought came to mind. We spend a lot of time unpacking media and what it means for diverse people and whether or not it is inclusive of them. So, when we look at media made for kids, there are a lot of things to consider.

Who is there? What do they get to do? How do we showcase their experiences?

These are all important questions because kids’ media is often made by adults — and kids aren’t tiny adults. They understand the world in complex, but sometimes limited, ways compared to adults based on their physiological, cognitive, social, and emotional development. 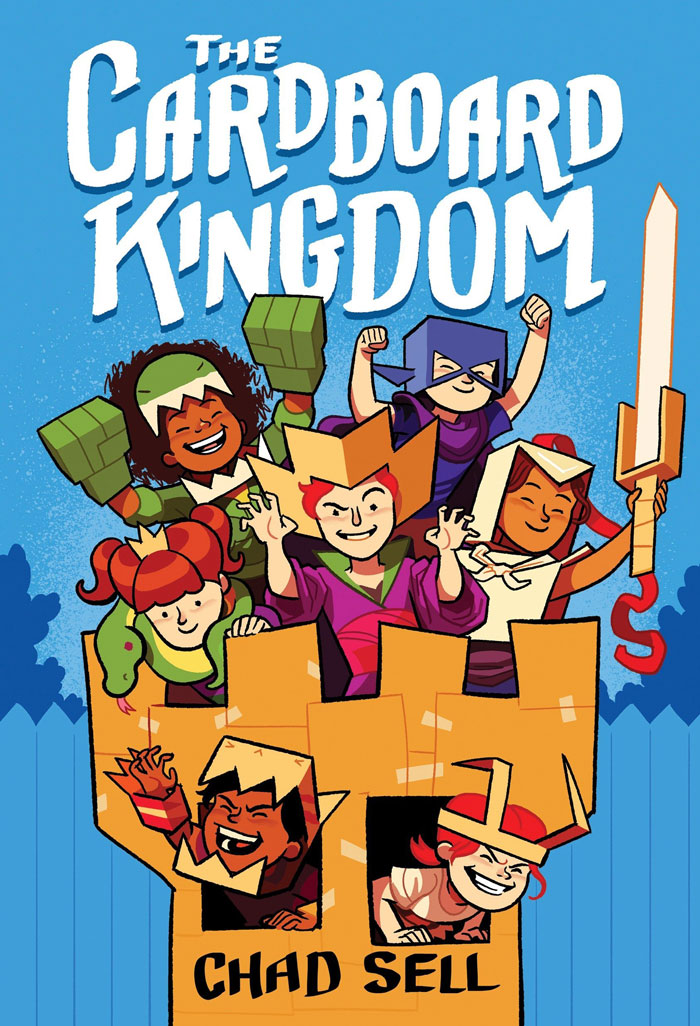 Crafted from the pasts of the creators and their imaginations, this comic addresses the wonders of childhood imagination while also fearlessly peering at its challenges and, most importantly, meeting kids where they are in a way that they may be more likely to see themselves and their stories. So, for “Health and Inclusivity” this month, we are going to discuss The Cardboard Kingdom and its connection to childhood health and exploration.

The Cardboard Kingdom begins with a wordless story detailing how the Sorceress and the Knight meet, a tale of mystical powers and might embroiled in a struggle within the Kingdom. Within these first few pages, we are transported into the lived and imagined realities of the kids and what it is like for them to be placed in prescriptive roles.

By the end of the story, both the Sorceress and the Knight find their own boxes to claim and thus begins a summer of adventures for a rowdy and creative crew. From here, we see the stories of the Big Banshee, a hero who finds her loud voice, Professor Everything, who learns how to make friends on his terms, and the Gargoyle, a defender of the night against all evil, among many other children in the neighborhood. All of the creators find new words, experiences, and boxes with which the kids understand themselves, manifesting an important and typical part of childhood development. 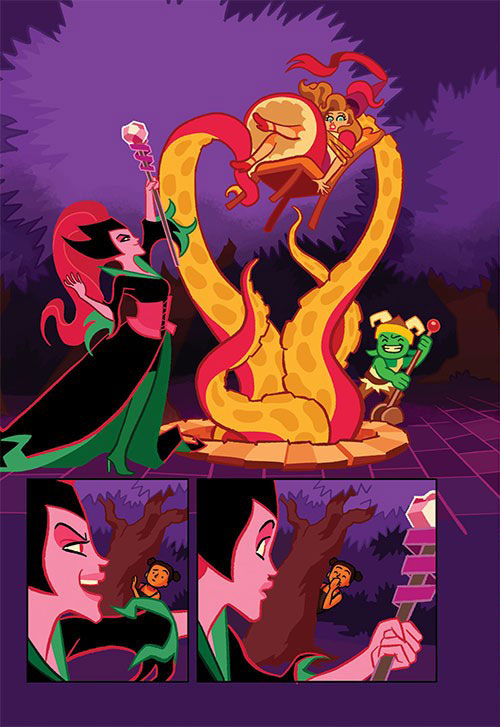 Within the apparent age ranges of the kids, a lot of important things are happening. According to Jean Piaget, many of them are likely in the pre-operational stage of development, wherein they develop imaginary and symbolic worlds and language, as well as the concept of theory of mind, or the Concrete Operational stage, hallmarked by enhanced logical and functional thinking.

As a core component of Piaget’s theory, cognitive development occurs in tandem with physiological development of the brain and body. As such, so many major changes are happening that the world can feel like a whirlwind for children, and, as a result, their perception of the world around them is in a constant flux.

Children gain better control and understanding of their bodies, as well as how to interact with others. So, while at every stage of human development we are processing an inordinately large amount of information, for kids this happens with constantly changing concepts of rules and order. These reasons, among others, point to why even “small” events to an adult can have a monumental impact on a child, and why we must watch how we treat children and what we say to them. 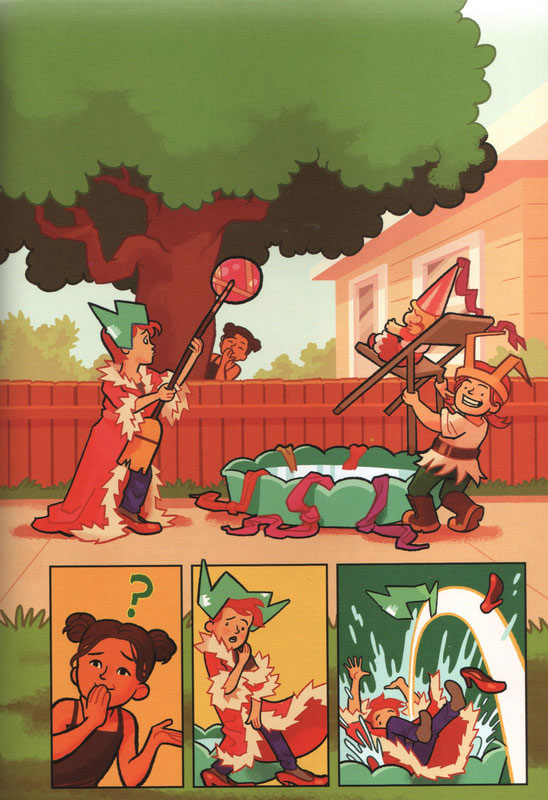 Within The Cardboard Kingdom, we see many of these dynamics play out. The kids navigate gender, burgeoning orientation, societal expectations, and varied family units. They process difficult emotions through anger, frustration, insomnia, and isolation. In essence, they’re doing the best that they can with what they got, a reminder that as compensation for less power in society, we could, at the very least, help them develop healthy senses of autonomy and independence. This comic excels at parsing the emotions of children and early adolescents, helping kids better see a reflection of their lives and adults remember what it was like to be in their, well, boxes.

Because it is incredibly easy to get enmeshed in our own experiences, considering we can never truly and fully take someone else’s perspective, it is easy for us to forget these experiences as adults. When a child is frustrated, we often expect them to act like we would, also forgetting that on our bad days we do and say things disparate from our typical behavior.

So, when we make stories for kids, we have to keep this in mind. This comic could be and is an excellent jumping off point to discuss many psychological and sociological themes, but sometimes that stuff is much more akin to higher order thought and cognition and for a kid it may be too much depending on where they are based on a large number of factors. So, for The Cardboard Kingdom to tell a story of so many kids with an awareness of how they might actually process the story is a major feat. 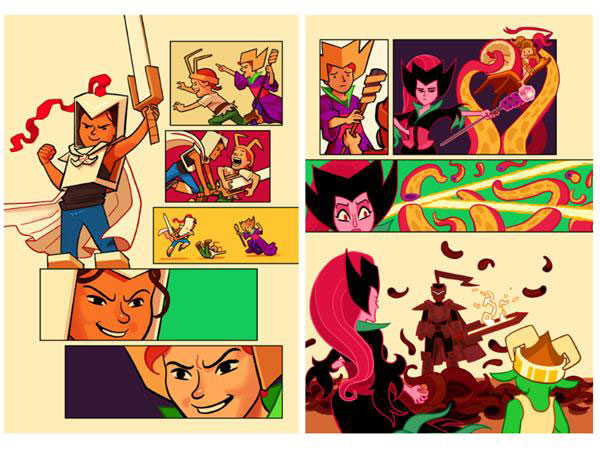 When discussing or giving information to kids, we have to toe a fine line. They understand far more than we ever fathom, evidenced by their comprehension of the things we think we are effectively hiding from them, yet there is also only so much they can do. I do believe there is maybe too mature an understanding we can offer to many kids, one that they will and maybe can only grasp with time.

As such, children’s fiction needs a certain context if we want it to reach more kids. The Cardboard Kingdom does this feat well by using language and framing that many kids would encounter, and doing so in a variety of ways. From the wordless chapters to providing different nuances in context for internal dialogue, this comic creates an easily workable and comprehensible framework for all ages. For kids, this ends up creating more potential for impact and connection.

Fiction is in line with how children are processing the world because it can provide boundless opportunity for exploration. As a result, it can be an invaluable tool for helping children process their experiences. Because of the differences and distinction in age and power, easily perceivable by children and adults alike, our most sage wisdom as adults may not resonate as clearly as the maxims provided by a child’s peers, real or not.

Having avatars of themselves or people like them aid children in navigating an increasingly confusing and chaotic world, whether based on their internal experience, external experience, or both. Thus, it is vital that the characters are believable in a child’s eyes, and many factors influence this dynamic. 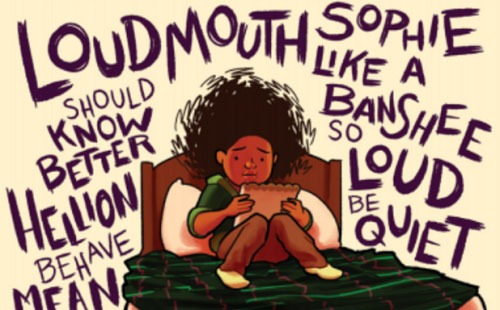 Representation is incredibly important, but so is doing it well. It could potentially do children a disservice to see fictional kids who look like them but do not fit their lived experiences. Especially if we hope to help children through stories, if they cannot fully connect to the characters, the amount of benefit may be limited.

There is an obvious caveat here, in that we cannot always predict with whom children will connect, nor how, but I will die on the hill of making more diverse and inclusive characters to increase those odds. For marginalized kids in particular, who often are not even represented in the barest of minimums, having characters closer to who they are can provide safe avenues through which they can better understand how they relate to the world.

Creating secure means of exploration in a world that has its own boxes that we “must” fit in allows children to work through their own challenges. Issues like divorce, inter-generational child-rearing, and single-parent homes can easily be isolating in a culture that so strongly adheres, to the detriment of everyone, to the idea that the cisgender heterosexual nuclear family is the optimal condition for kids. Trying to bring reality to a kid’s level really is no small task, so having something that meets them where they are can give them a new chance to work through difficult feelings in a way that we may not always be able to as adults, even if we have the best of intentions.

The Cardboard Kingdom may help the young girl of color who is told she is too loud, a story told to most if not all women, but that has differential impact on girls of color. It may help a young boy understand that he wants to rescue the prince rather than the princess. It can help a young boy navigate gender and identity in a way that affirms being a Sorceress. Each of the stories within the comic work on their own to address a new context for the experiences we encounter in childhood, but in a manner which sees kids for who they are and grasps the conflict of understanding in the midst of less social power than adults. 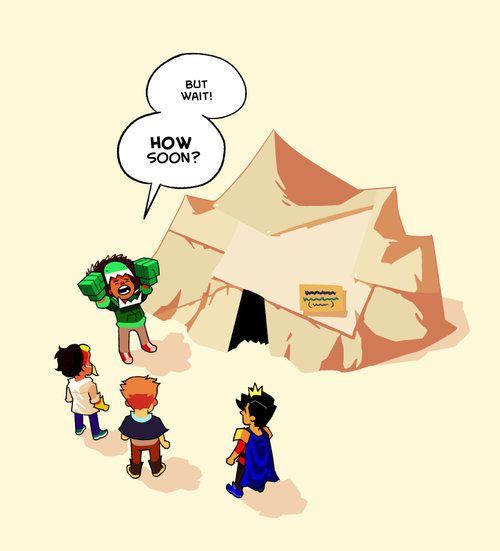 However, beyond Cardboard Kingdom, there are many other comics for kids that see them as more fully realized, honoring their creativity, curiosity, and identities.

Cash and Carrie is a story of two teenage detectives in a world full of color and variety, solving crimes from the large to the small.

Backstagers details the lives of a group of young boys who dive into the inter-dimensional world of the Backstage and work to figure out what role to play in the great stage of Life.

Moon Girl and Devil Dinosaur follows a young black girl, the smartest person in the Marvel Universe, in her quest to become a hero and just get through elementary school.

Lumberjanes is an excellent tale about young girls and the paranormal world they are thrust in during summer camp.

These and other series — including Princeless, Jonesy, and Goldie Vance — are great stories for kids to see themselves as heroes and human, to explore the fantastical and the difficulty of the mundane. As we help the kids in our lives prepare for the summer, maybe they can be small pieces of a grand adventure.

Seeing the world through a child’s eyes is not just to see innocence, joy, and wonder. It’s also to see what it’s like to experience your parents splitting up or someone telling you it isn’t okay to be the Sorceress when the world sees your identity differently. With all of this, telling a story for a child is not always simple.

The Cardboard Kingdom manages to discuss complex issues for kids with an appropriate level of sensitivity, understanding they are incredibly cunning, but also incredibly susceptible to their environment. Thus, it ends up being a story that includes kids from many ways of living and being in a way that can be helpful to the real ones we know.

Find The Cardboard Kingdom and some excellent resources, links, and materials for you and the kids to have an excellent summer here!

Each of the following comics can be found on Comixology in addition to the links/resources provided:

The beginning of Lunella’s journey with the gigantic red Tyrannosaurus Rex in Moon Girl and Devil Dinosaur, by Brandon Montclare, Amy Reeder, Natacha Bustos, Tamra Bonvillain, and Travis Lanham, can be found here!

Jonesy, by Sam Humphries, Caitlin Rose Boyle, and Mickey Quinn, and her zine life start to unfold in these pages!

Uncover the start of the mystery of Goldie Vance, by Hope Larson, Brittney Williams, Sarah Stern, and Jim Campbell, by checking this clue!