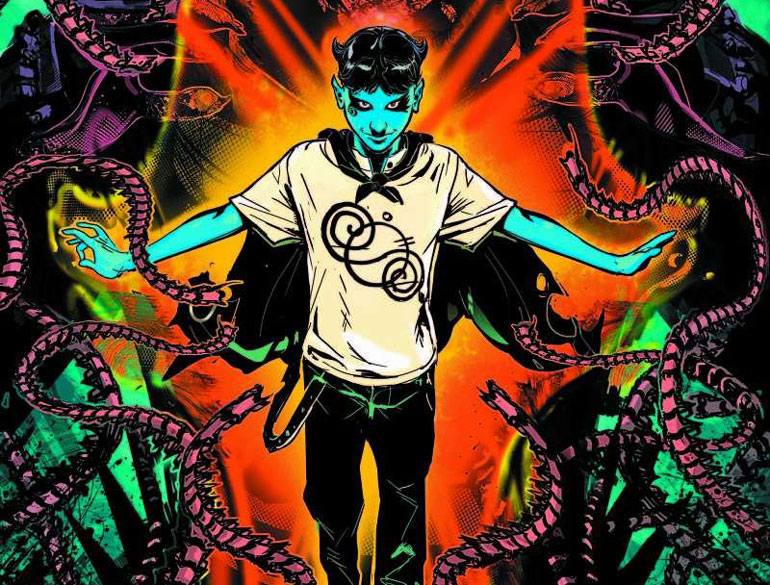 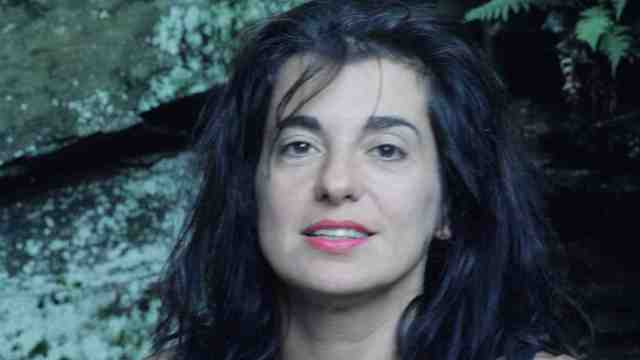 Daredevil, Typhoid Mary, Catwoman, Katana, Batman and now Klarion… Ann Nocenti worked in fiction, film, editing and more. However, her impact across the world of comics through writing is what we love. Comicosity got a chance to talk to her about the little things that create fun and inspiration in comics and she even mentions one kind of variant cover she wishes would return.

And one of the most fun things about writing comics is the way you can carry a story around in your mind. Everything you see and experience during your day gets filtered through whatever story you’re trying to craft. When I was writing Daredevil, I would see him on the rooftops of New York. Out of the corners of my eyes, I’d see his red silhouette flicker here and there, or pause to make sure his city was okay. Sure, he wasn’t really there, but the power of a vivid imagination mixed with how completely alive a comic book character can become in your mind, I’d “really” see him.

It’s a dreamy state of mind, to carry a story with you, act it out in your mind, let kismet and your unconscious add things to the story. I love obsession. Sometimes I think all one needs is an obsession – be it beekeeping or chess or whatever – to be happy. 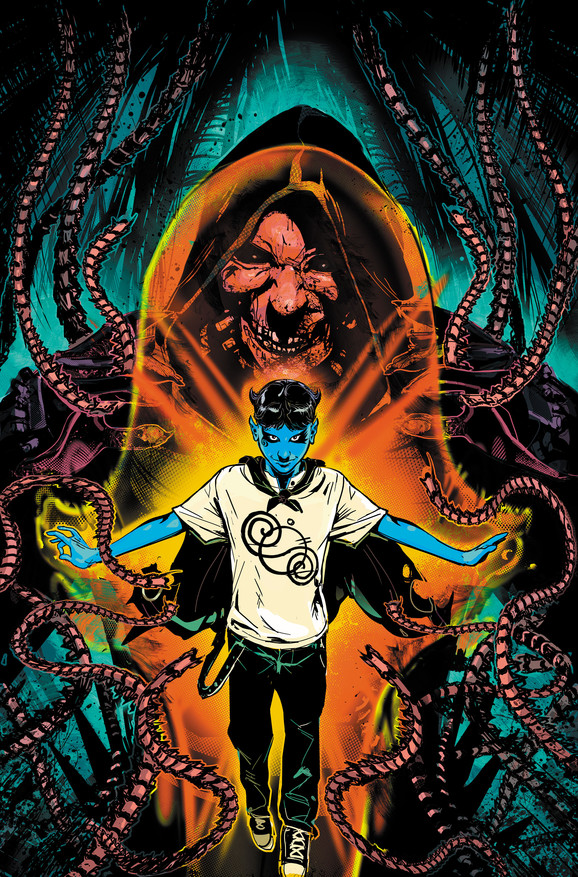 AN: Collaboration.  Right now, working on Klarion with artist Trevor McCarthy and colorist Guy Major’s and our editor Harvey Richards, world-building, shooting ideas back and forth, that feeling of shared creation is so exciting. And now, with the ease of DIY publishing, anyone out there with ideas and pen and ink and a few friends can create stories and get them out there.

AN: I only had a few comics as a kid. A volume of collected Pogo stories and another of Dick Tracy.  I poured over them, read them over and over.  Pogo’s world was irresistibly cute to me as a child, and it was only later as an adult that I realized the stories were deeply satiric and political.  Characters that were based on Nixon and Kennedy and Castro and corrupt politicians.

I often wonder if I felt those layers back then, even though I was too young to understand. Pogo is a comic for all age ranges, and what you pick up on and enjoy in the comic changes as you get older and read them again. As for Dick Tracy, it was the villains that terrified me in a visceral way. It was all very noir with silly gadgets, but Flattop, Mumbles, Larceny Lou, Pear-Shape, Pruneface, and their shenanigans and sometimes brutal fates had me fascinated as a child. They were deeply creepy and exciting stories.

And I had a few Archie, Jughead, Betty and Veronica comics, which I loved for the endless soap opera loop. When I started writing comics in the 1980s, the comic I fell in love with was Love & Rockets. The Hernandez brothers created the sexy fluid world of Hopey and Maggie, and the mysterious Mexican barrio Palomar where Luba and all her lovers lived.  Those comics were my favorites.

AN: I scan the news, then try to resist going down a rabbit hole of exploring something on the internet, which are wonderful holes of fun but also time sinkholes. So I shut off the internet, write for hours, take breaks to wander outside somewhere to stretch out, be physical, get some sun, then get back to work. At the end of each day I print out what I’ve written, and later in the night I’ll work again. There’s a big difference between my morning coffee brain and my end-of-night mind, so I get to look at the work with “different eyes.” 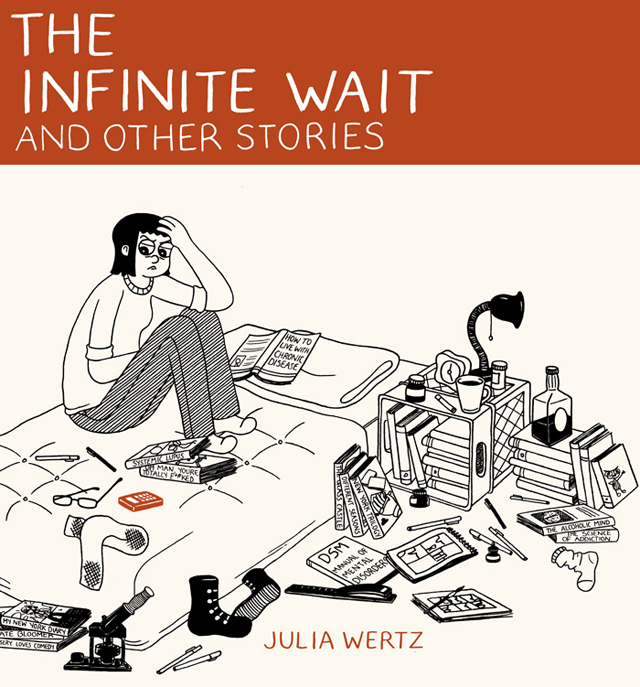 AN: When I’m painting or drawing, I need music, but when I write I like letting ambient sound filter in. So in the city that means honking horns and sirens and yelling, and when in the country it’s birds, crickets and coyotes.

AN: Again, Love & Rockets for me was a kind of high watermark for representing women in comics, and it was made by guys! Now I buy lots of independent comics when I’m at conventions, both to support that aspect of the industry and see what’s out there.

The Infinite Wait by Julia Wertz was the latest comic I picked up, which I adored. It’s the story of a peculiar girl as she skips around on waitress jobs and ordinary life troubles, but her perspective on it all is endearing and witty. I love wandering conventions and stumbling on something new. I’ve also been enjoying the sheer joy and wackiness Amanda and Jimmy are bringing to Harley Quinn. 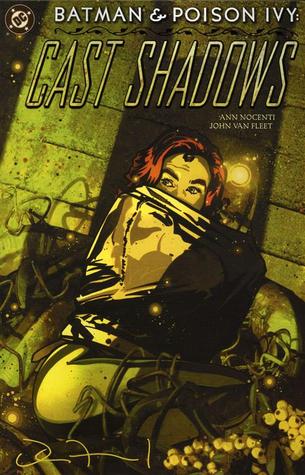 But the first real fun I had was creating Longshot, Spiral, and the Mojoverse with Arthur Adams.  And working on Daredevil during the Typhoid Mary, Blackheart and Bullet stories with John Romita, Jr.. I especially love a Daredevil story we did called “A Beer with the Devil.”

Other favorite stories were a short story with David Aja for Daredevil #50. I think that was the closest I’ve come to thinking I’d done a “perfect” comic book story. David Aja is genius.

Other stories I love came out of life. My next door neighbor in NY City bricked up a window in my apartment, and I was so angry at how dark it got, and my plants died, so I channeled it all into a Batman & Poison Ivy story with John Van Fleet called “Cast Shadows.” What would Poison Ivy do if someone blocked her light in her Arkham Asylum cell and her plants died?

Another great thing about comics is how you can take whatever you’re angry at or passionate about and channel it into a comic. Another favorite was a Toxic Crusader story I did in the early 1990s with the great Marie Severin, called “Girl Power.” We decided the female lead in that comic would get sick of how she was portrayed as a bimbo, break the fourth wall and get revenge. It was a “meta” comic, from the point of view of a female stereotype complaining about how she was drawn and written! 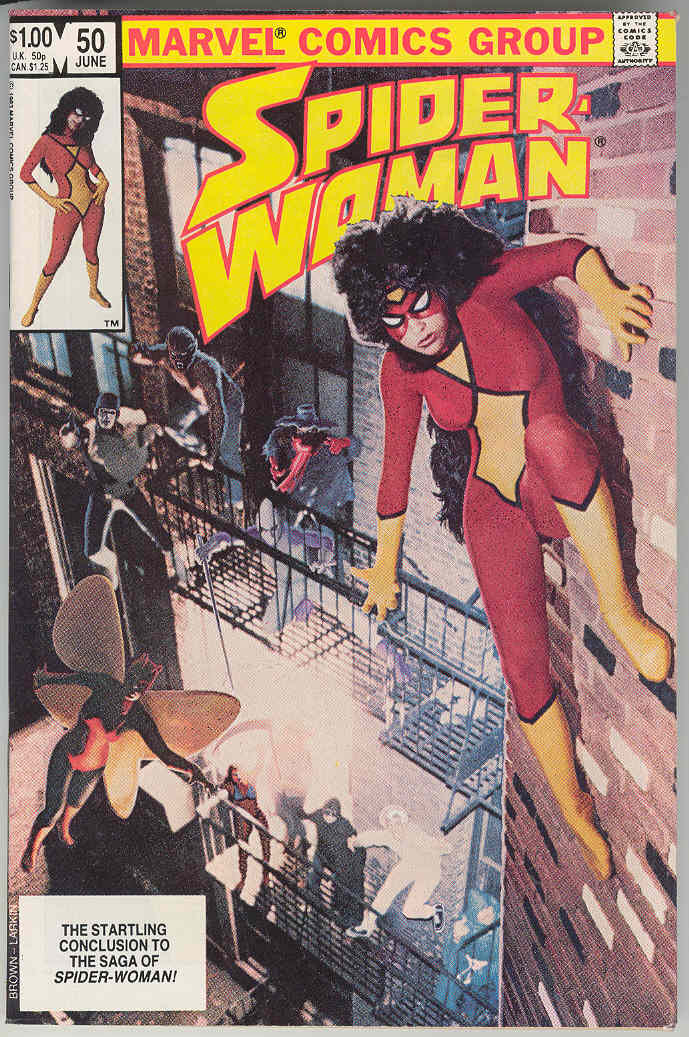 Interesting you would ask about covers, because I was just telling someone about the cover for Spider-Woman #50. The editors and guys in the bullpen and I went out on a freezing fire-escape for a photo shoot (I was Tigra) and then one of the girls that worked in accounting I think put on the Spider-woman costume, and she was photographed against a brick wall. She was so cute she was the only one that didn’t need re-touching.

These were the days when photoshop was all done by hand, and so after a few artist re-touches, we had this homemade in-house photo cover.  With all the cosplay at conventions, I wish for the return of the photo-cover.

AN: It’s awesome and awful. It’s awesome for how it brings new readers, especially females, into comics, but then awful at how brutal it can be, how crushing it can be for the spirit of new creators to be so exposed. You need a thick skin to ignore all that and keep putting your heart on the line, even if your heart is going to be crushed over and over, because your fans, people that like your stories, will seek you out and find you and then it’s the best. I miss the old-fashioned letters’ page, because the letters were so well-crafted and thoughtful, and it was a great little forum that lives on in the backs of old comics.

AN: I think women are writing a new kind of story. The young females I meet at conventions that want to talk about Catwoman or Katana approach the characters and stories fresh, without the weight of history behind those characters.

Now I hope new readers enjoy Klarion too, with fresh eyes. There are two strong female characters that have Klarion’s back, Piper and Zell, and Trevor and I are having a blast with them, giving these females a tender gravities of character that comes largely from just the regal, confident way that Trevor is drawing Zell and Piper.

AN: Write from the heart, have fun, and if you get knocked down, get up and keep making comics. If that’s where your passion is, don’t quit. Although it helps to have a plan B, or a plan X, like a real job that isn’t so affected by the whims of the market at large.