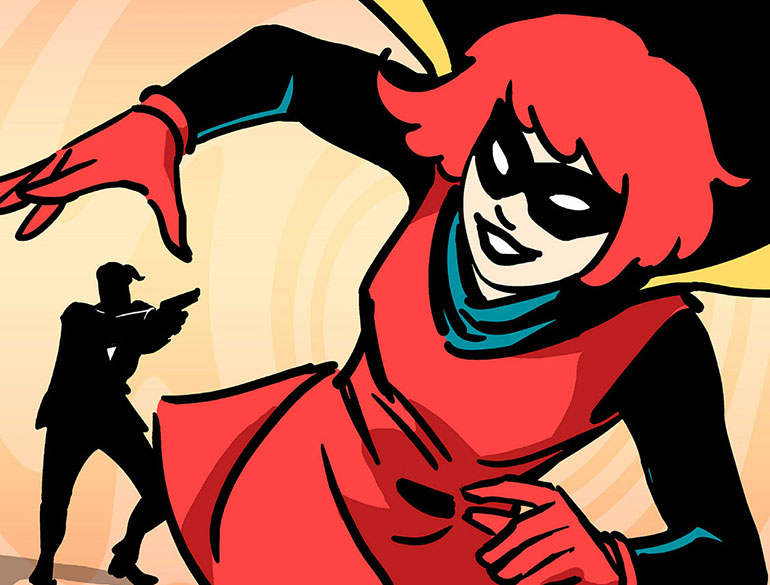 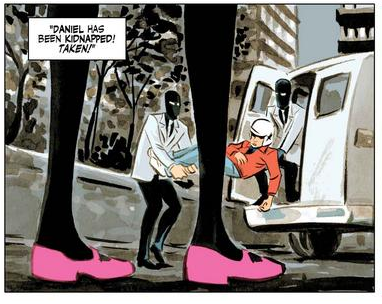 From adult titles to all ages, Colleen Coover has won over the comics industry… literally. While readers continue to rave about her covers on Archie, Faith, Marceline and more, it is her work with Paul Tobin on Bandette that has garnered her the Eisner Award. Colleen took a moment to let Comicosity get a sneak at her process (see the video below) as well as for her the big differences between work for hire and creator owned works.

Jessica Boyd: What is a typical creative working day for you?

Colleen Coover: I bike or walk to Helioscope Studio, which I share with about 20 other creators. If I’m good, I go to the gym right away for an hour or so, but some days I am not good and I don’t. I spend the rest of the day working until around 6:30, then I bike or walk home. I tend to spend the day on one project at a time: laying out pages, lettering, inking, coloring, or whatever.

CC:When I’m laying out a page, which is where I’m spending the most creative energy in telling the story as it is presented to me in the script, I can’t listen to much of anything. I prefer spoken word entertainment when I’m doing most of my work: generally podcasts or YouTubes of British game shows when I’m inking or lettering. I like audiobooks, but I can only listen to them when I’m coloring,  because that’s the one part of my process that allows me to be fully immersed in a story.

JB: What is your favorite aspect of comics? 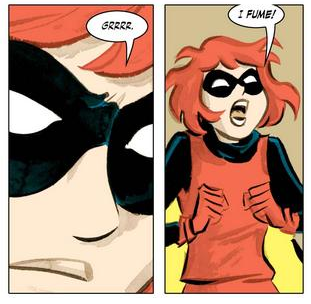 CC: This is an impossible question. My influences range from Krazy Kat to Terry & The Pirates to Archie to ElfQuest to TinTin to Ranma ½ to Hellboy. There are several hundred others in between I could mention, but I don’t type that fast.

JB: Many people talk about creator owned works offering so much more freedom for the imagination. What do you think the trade off is to having such an “open playground?”

CC: If I did not have a partner whose work made enough money to support both our careers (as I do with my husband Paul Tobin, who writes all the things) I would be forced to do more work for hire in order to make ends meet. That would not be a tragedy: I like the storytelling challenge of staying within the restrictions that a company places on its properties. And sometimes it’s nice to put your skills to work on a thing that is not the child your own personal brain. But creating Bandette, I have yet to see a downside to having the freedom to create the comic I love the way I want to make it, on my own schedule.

CC: Buy a house before Portlandia goes on air. Get a fixed rate mortgage.

CC: The greatest impact it’s had for me is to help maintain personal relationships with other professionals between convention appearances, and to have a nice low-impact way to interact with readers. That started on Myspace for me, and a little bit on LiveJournal, but now I’m almost entirely on Twitter. (I don’t like Facebook at all, and I consider it both a point of pride and a personal failure that I stay far away from it.)

CC: I hope they have a good time, mostly! Usually when I hear that this or that bit of a story has touched someone, it’s by happy coincidence that something resonated with their personal experience. You can’t plan for that!

CC: I’d like to be remembered as having been unique and awesome.

Also check out this awesome demonstration of Colleen’s work!: